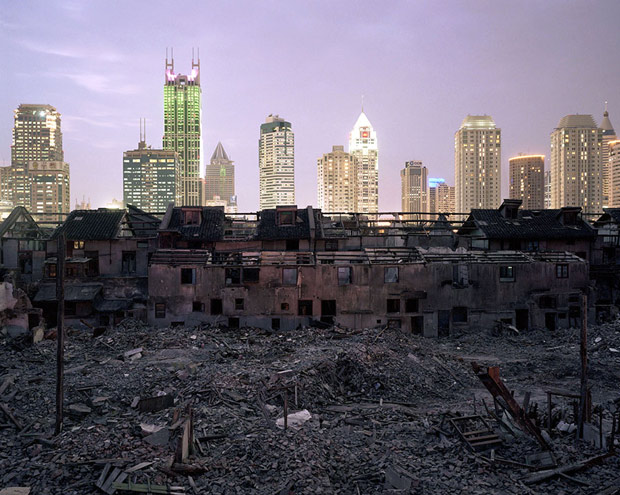 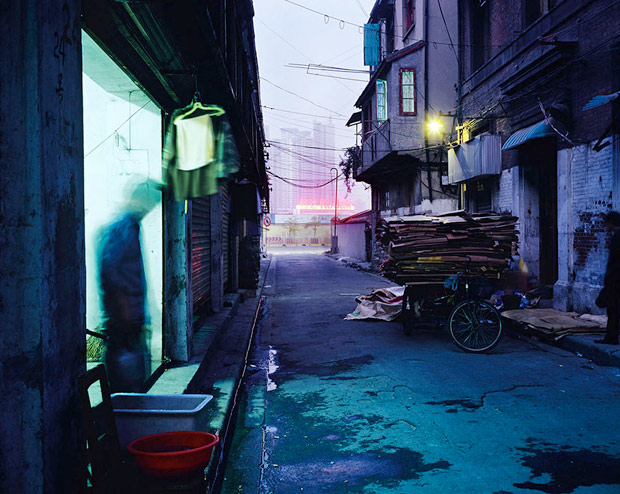 For his series Phantom Shanghai, Canadian photographer Greg Girard points his lens to a city in a moment of significant change. For decades, Shanghai remained frozen in time, then almost overnight came a rush to modernize set in motion by the booming Chinese metropolis Beijing. In an attempt to make up for lost time, entire neighborhoods were demolished, hundreds of thousands of residents displaced and a heritage suddenly erased. Girard, who was living in Shanghai at the height of this change, chose to document the transformation he was seeing before his eyes: two versions of a city trying to occupy the exact same space.

With long exposures in the early evening, Girard photographed the abandoned homes and piles of demolished buildings with futuristic skylines looming in the distance. We see the mailboxes of homes meant for a single family, occupied by 20 tenants. Warm light glows through the doors and windows from the homes of residents who have refused to move on, despite the crumbling infrastructure that surrounds them. Like a ghost from the past that refuses to go away, the old city of Shanghai lingers in the shadows of the new and bright vision of the future. 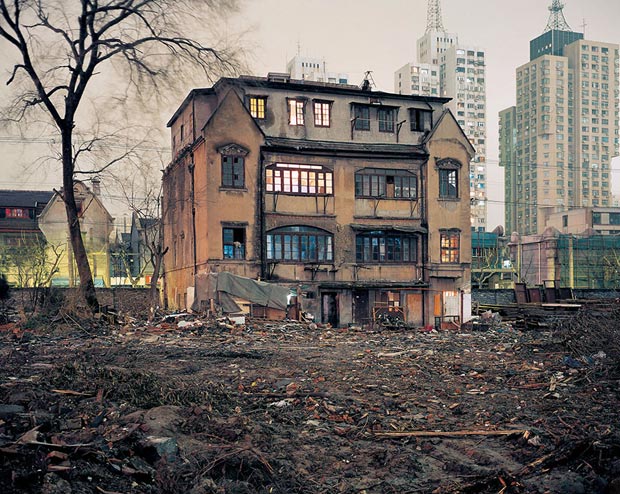 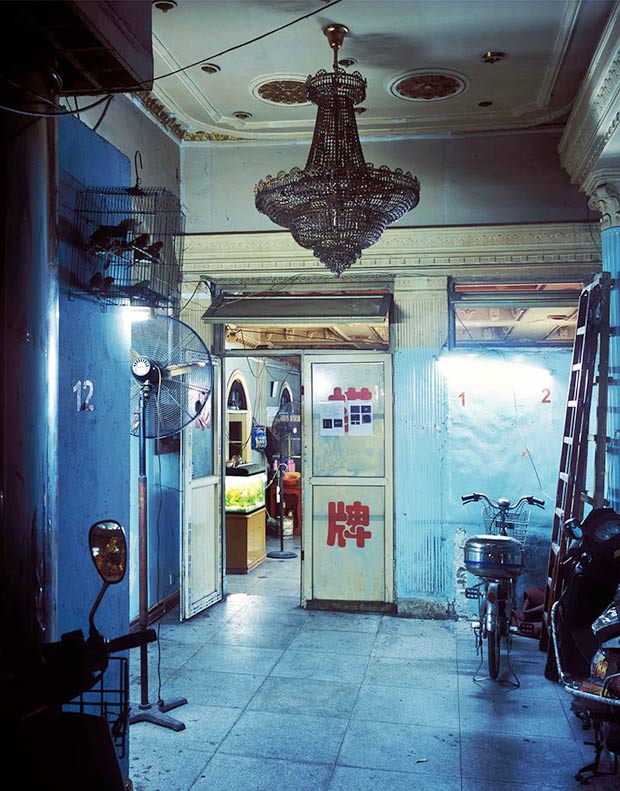 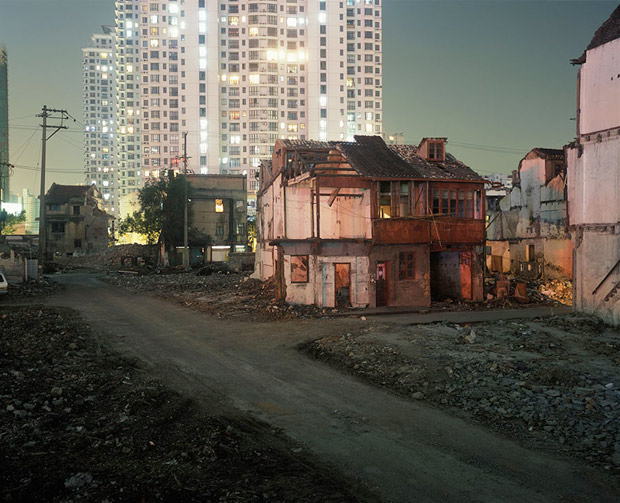 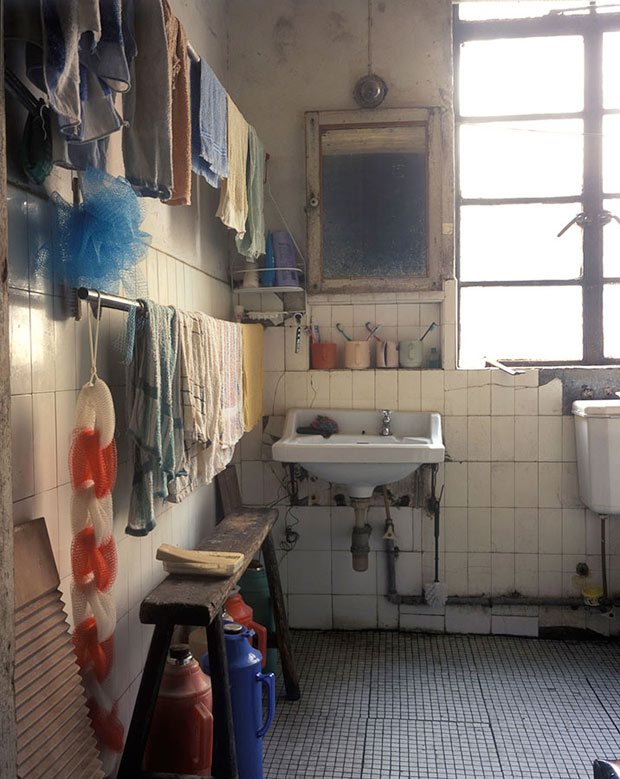 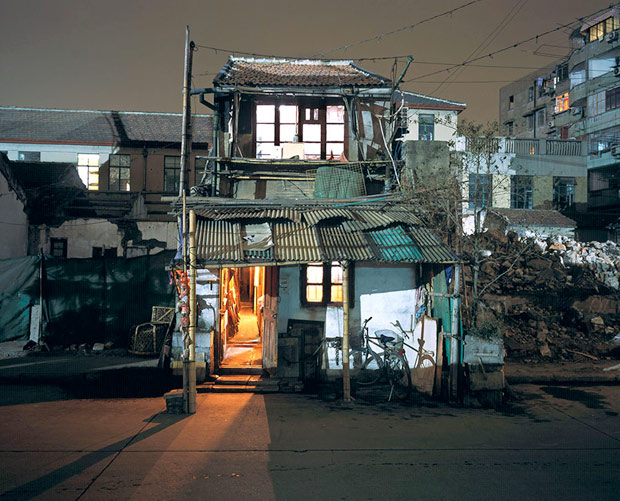 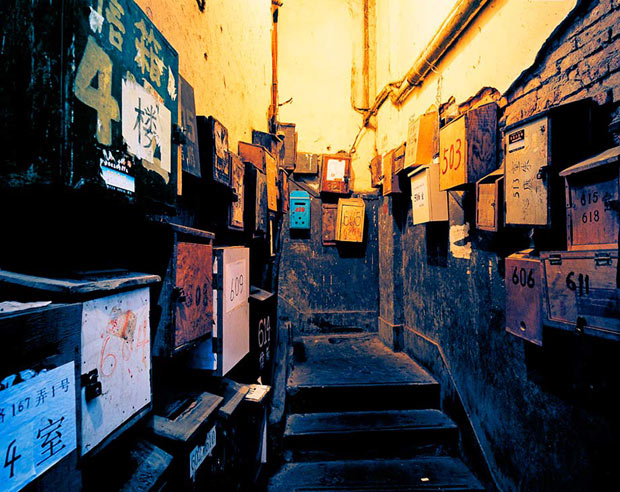 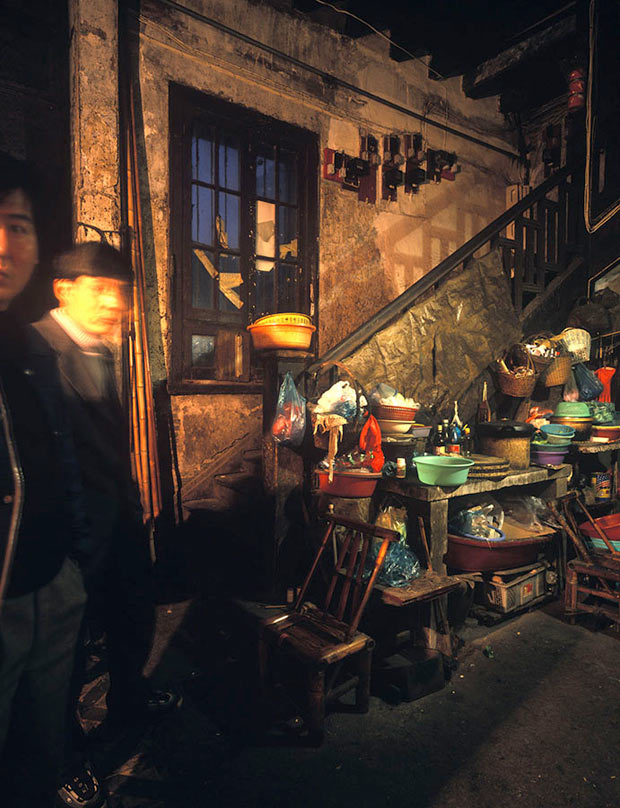 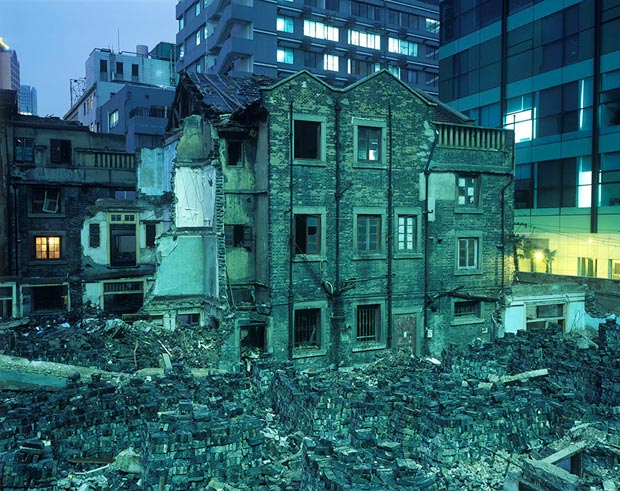 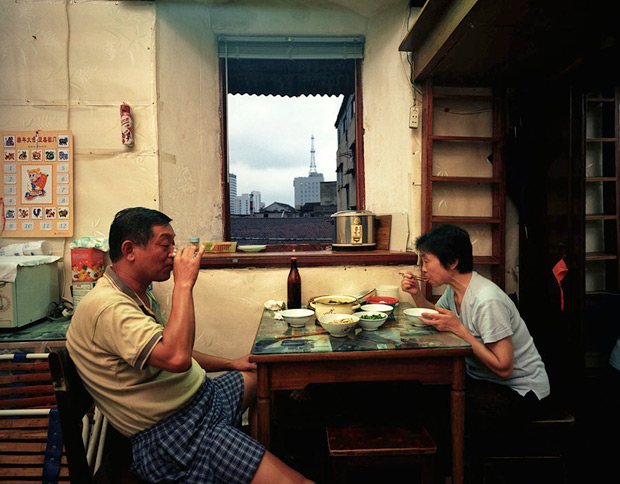 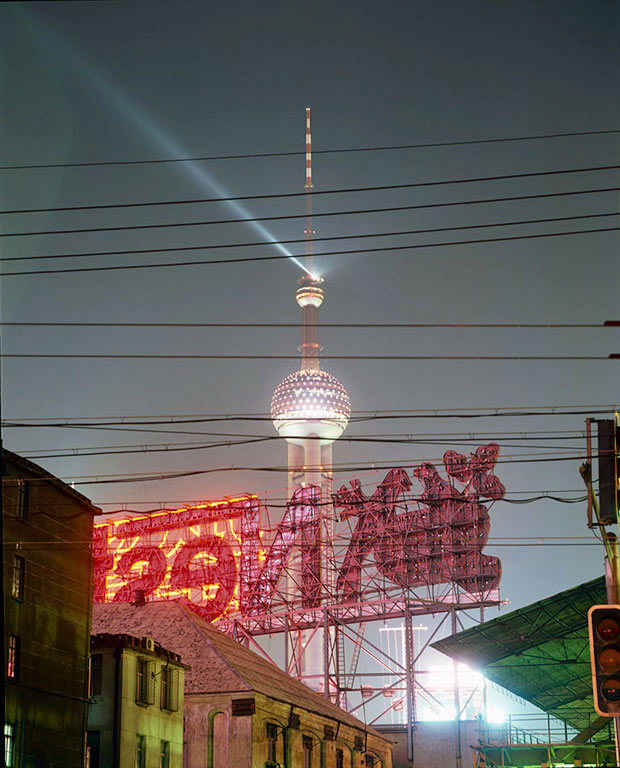 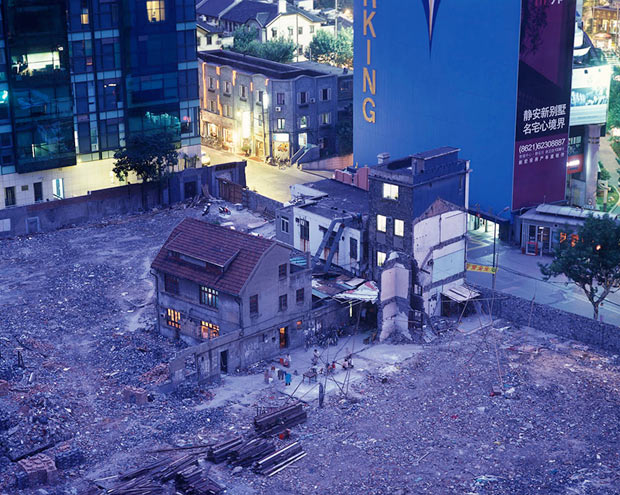 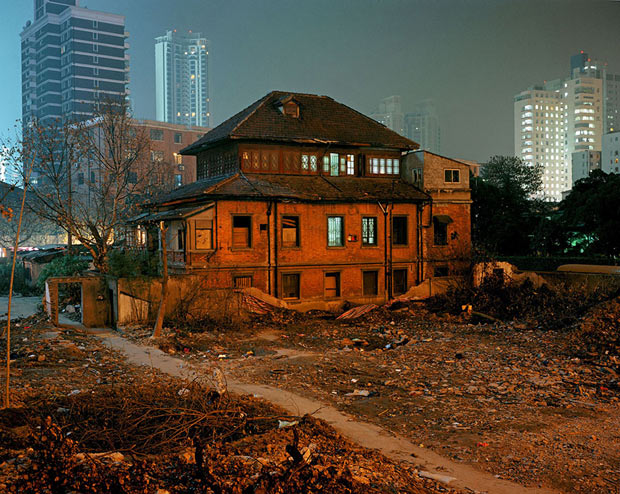