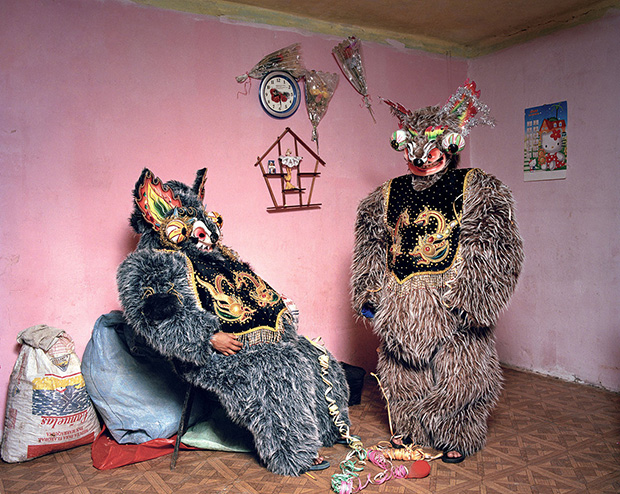 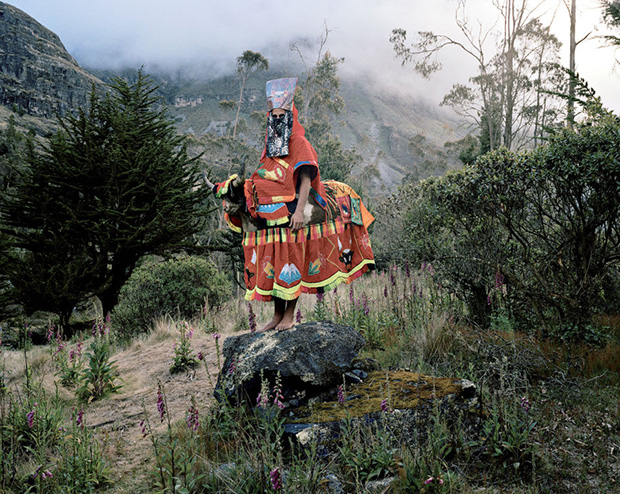 For Waska Tatay, photographer Thomas Rousset and graphic designer Raphaël Verona unearth the spellbinding spiritual rituals performed by indigenous peoples in Bolivia’s Altiplano. After years of cultural and political oppression of native Aymara populations, contemporary Bolivian youths are now returning to and embracing traditional devotional practices, including elaborate carnivals honoring the gods of the mountains and the underworld.

Vendors and craftsmen can be seen marketing magical objects and sacred vestments, and certain plants, many of which are also used in Western medicine, are administered by witch doctors to cure and prevent disease.

Because both Rousset and Verona are by the standards of the region “unholy,” they had a hard time gaining access to the healers and often substituted friends and family for the sake of their staged narrative photographs. Verona’s in-laws, Doña Martha and Don Jesús, hosted the artists in a ritual offerings to the goddess of fertility and the earth known as Pachamama.

Unlike in most Western religions, the Aymara deities are all around us, infused within each facet of the mortal realm. By presenting tobacco, drinks, and other goods to certain gods, one can ensure anything from a healthy body to a blessed love life. It is believed that the spirit world is the most discernible in the human world on Fridays and Tuesdays; during these days, malevolent entities may enter our world, and precautions must be taken. Sleeping leaves one especially susceptible to metaphysical forces, and people often call upon a deceased relative for protection.

With this compelling book, Rousset and Verona hope to convey a sense of the magical realism that pervades the area. Here, we find the mystical interspersed with the mundane, the traditional with the contemporary. A magnificently crafted mask appears alongside a bottle of soda or a modern television set. As the images fluctuate between the spontaneous to the obviously staged, the line between fantasy and reality, between the material and the supernatural, begins to blur, and we are invited to enter a space that is both of this earth and utterly, undefinably sublime.

For more on Waska Tatay, visit the page of publisher IDPURE and graphic design studio This Is Not, or follow Rousset on Facebook. 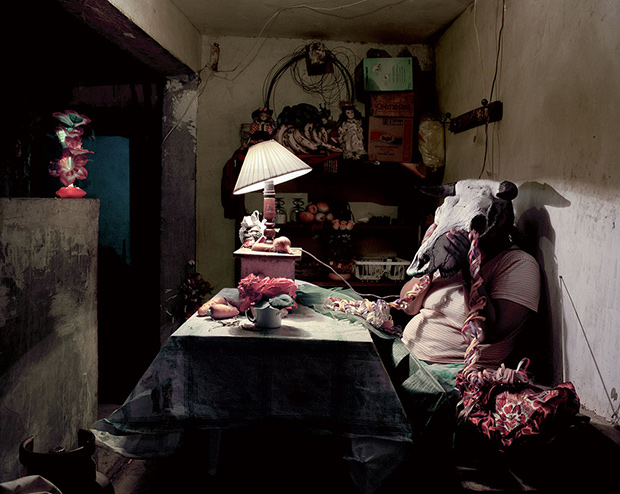 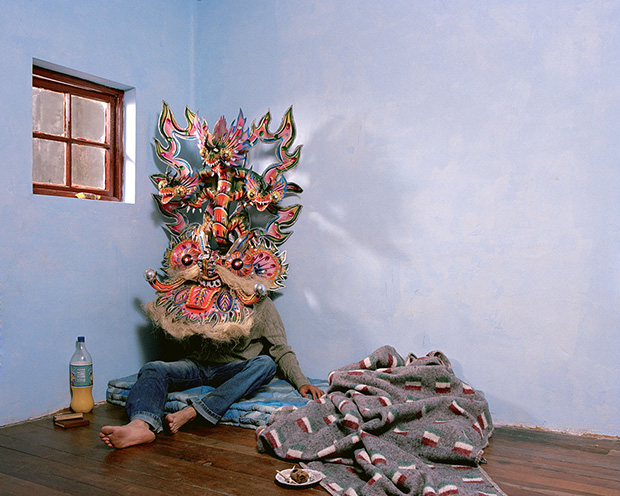 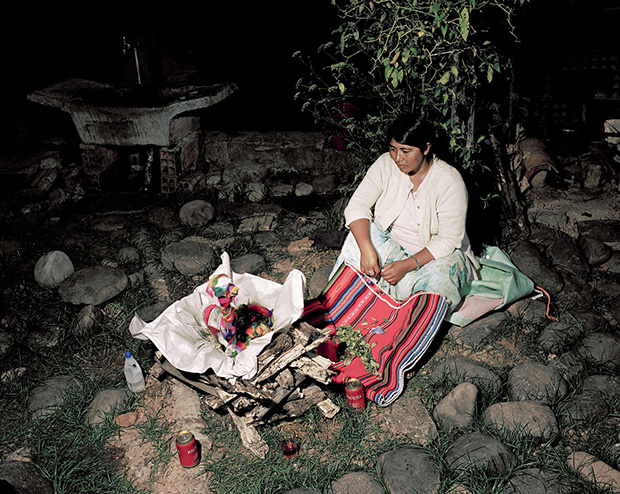 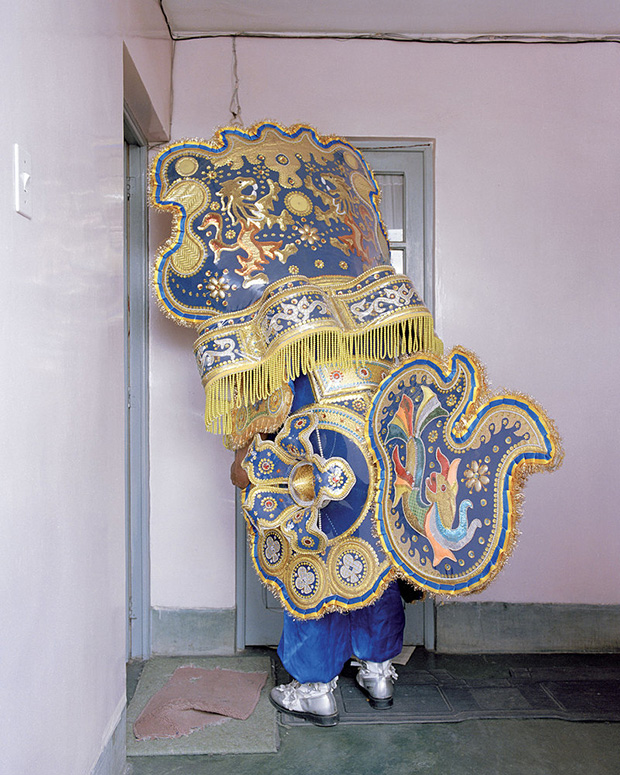 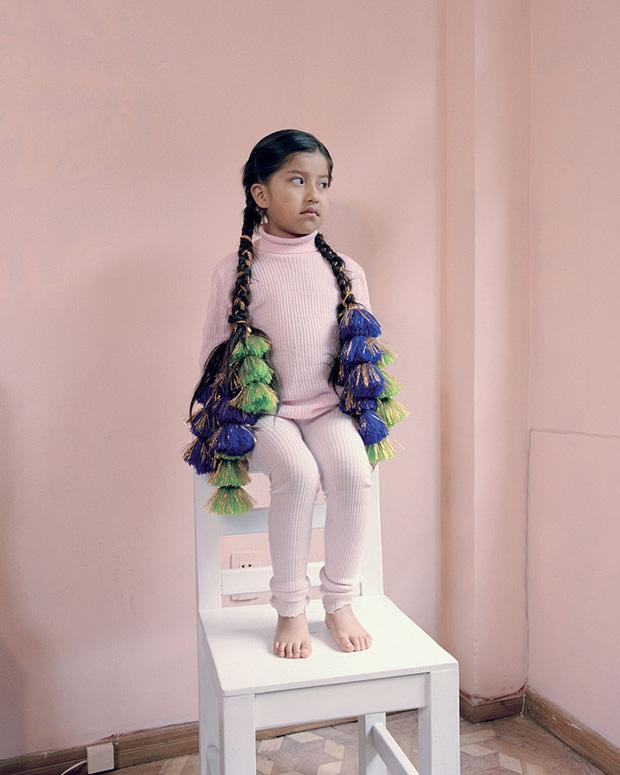 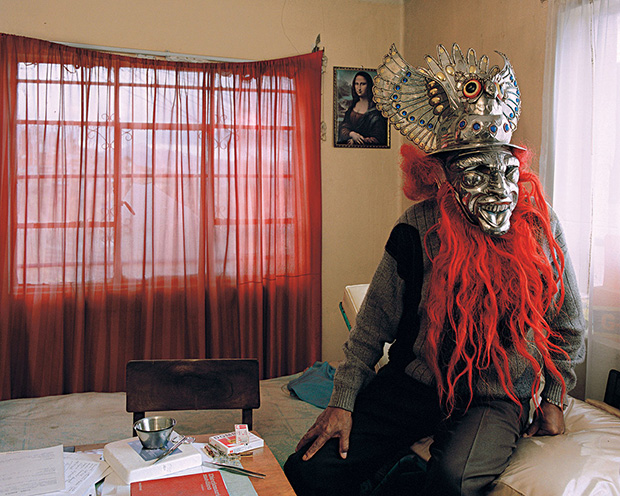 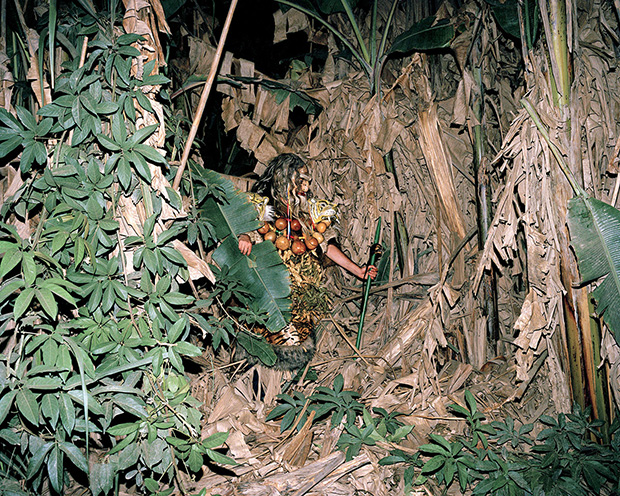 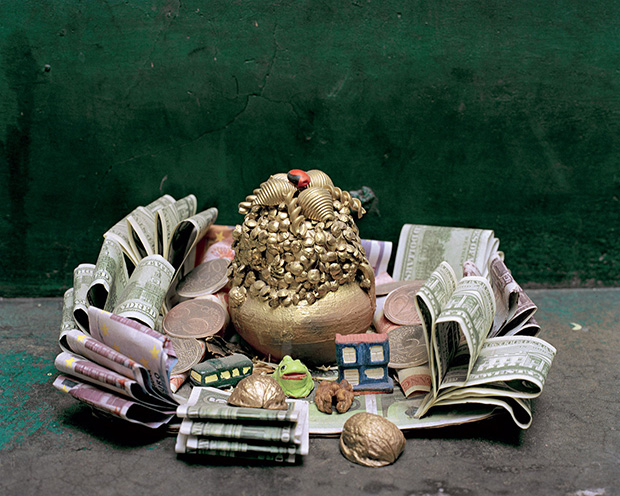 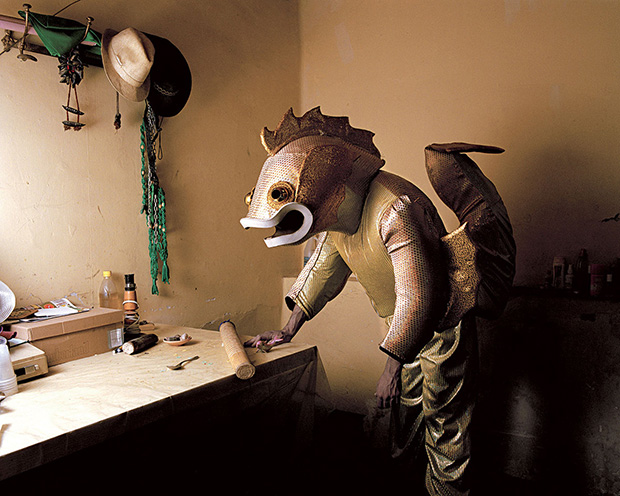 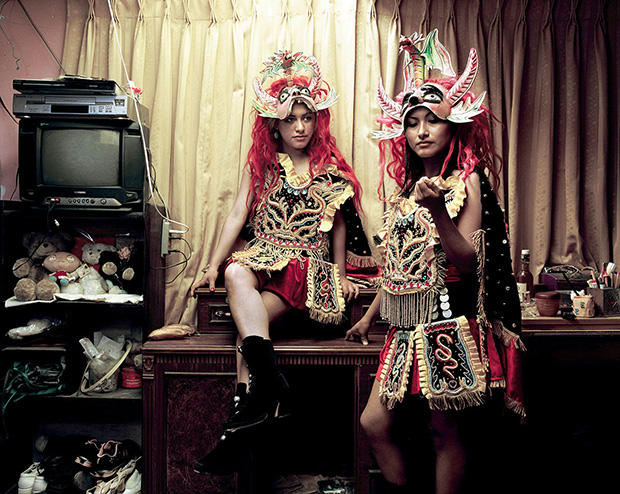 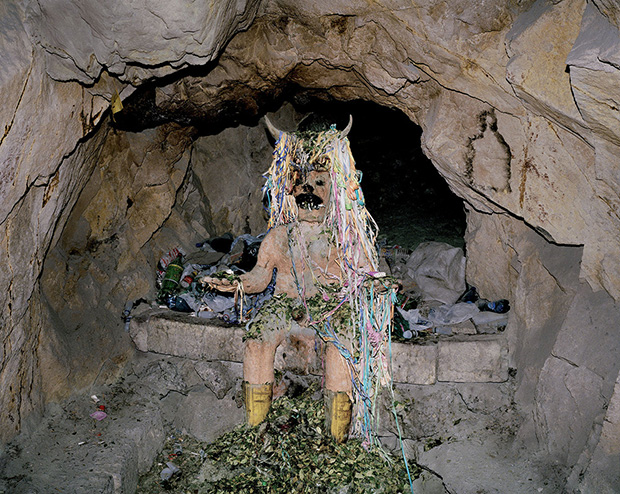