Catching up with Ibarionex Perello, L.A. Street Photographer and Founder of ‘The Candid Frame’ Photography Podcast 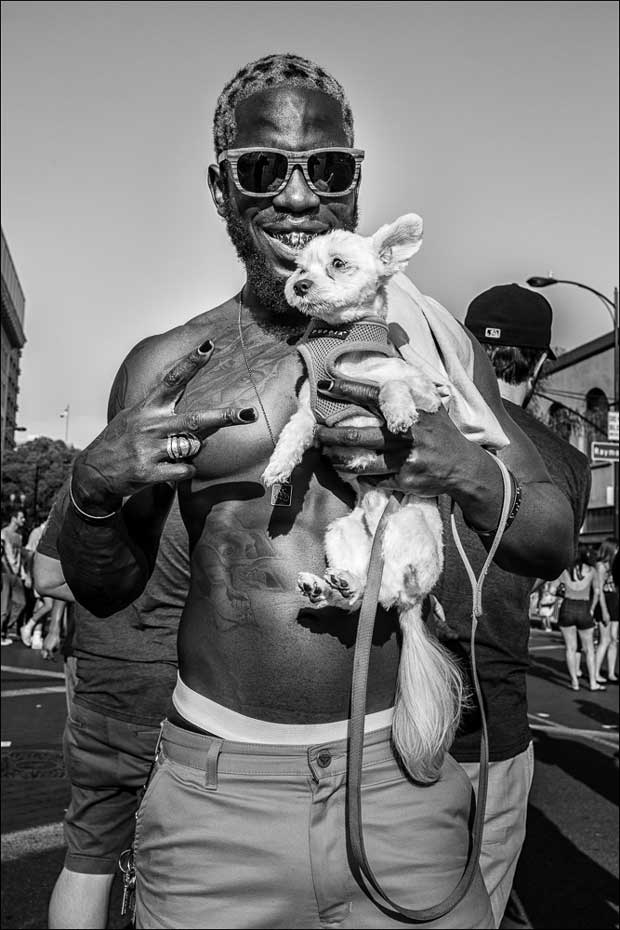 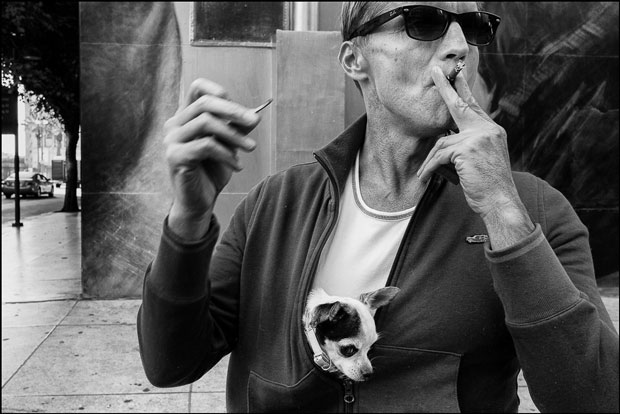 I think it’s safe to say that Ibarionex Perello — street photographer, writer, educator, and host of the photography podcast, The Candid Frame — is a Renaissance man. Whether he’s interviewing the people behind the lens (more than 240 in eight years on his podcast, including household names like Elliot Erwitt, Dan Winters, and Mary Ellen Mark), photographing the characters and intriguing juxtapositions of the Los Angeles streets (where he’s based), or teaching at the Art Center College of Design, his graphic and gritty visual aesthetic is apparent.

I caught up with the photographer to hear about how he balances his varying roles, what he finds most interesting about the photographic medium today, and how he showcases all of his projects on his Squarespace-powered website.

Do you most identify with one part of your career? How do the different aspects of what you do relate to one another?
“They are so integrated that one thing bleeds into the other. My passion for photography inspires my podcast, my writing, and my teaching. There’s no way for me to differentiate one from the other and say that one is more important than the other. It just is what it is.”

How long have you been hosting The Candid Frame? Why was it important for it to be a podcast?
“It’s been running for over eight years now and I don’t think it would be around in any form if it wasn’t for podcasting. It was created in direct response to the lack of such content anywhere. Magazines seemed to interview these ‘usual suspects’ over and over again and there certainly wasn’t much on the radio or on television. The podcast provided me the freedom to focus on the work of both known and unknown photographers and to have a reach that was well beyond anything I could have imagined in the traditional medium. Today, I have thousands of people from all over the world that listen to the show who are not only entertained, but inspired by the conversations.” 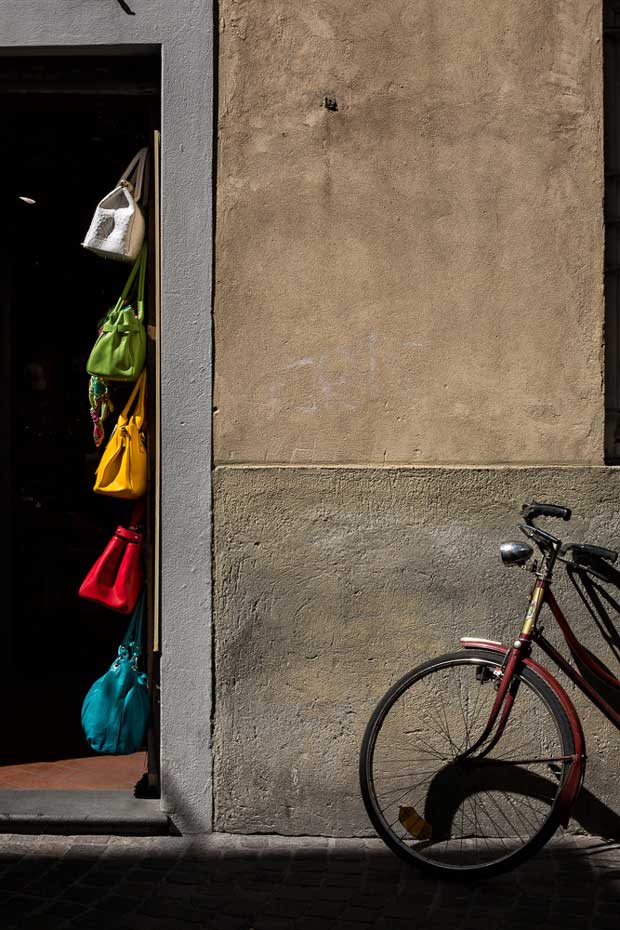 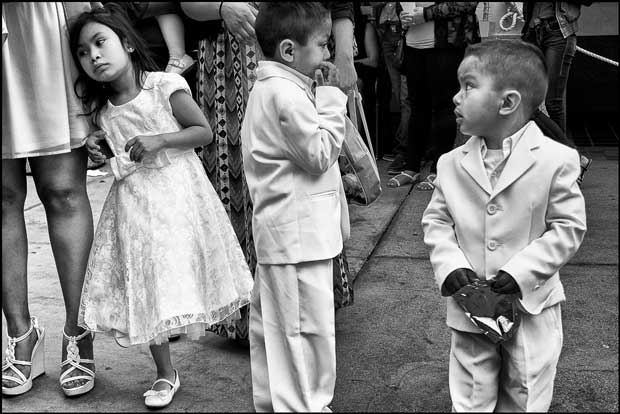 What trends in photography are you noticing lately?
“There are so many that it’s really hard to pinpoint one that stands out to me. Of course, there is a renewed interest in film, particularly with young photographers who grew up in the world of digital. But I think the biggest thing, which isn’t really a trend is how the work of relatively unknown photographers are being discovered and shared over social networks. I am discovering new photographers every day that I otherwise might never have heard of. Some appear as guests on my show, but I also share the work I discover with the people who follow me on social networks.” 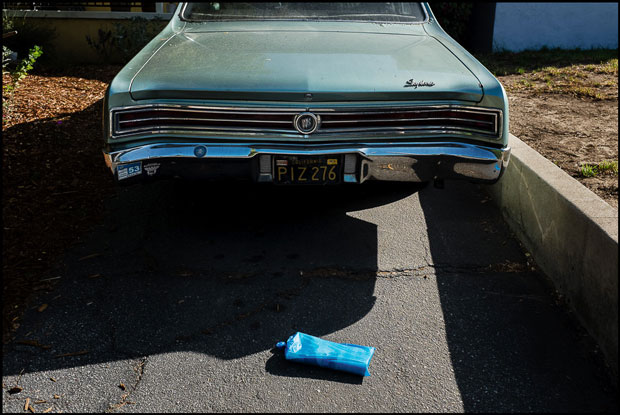 Where do you see the medium going? Are you concerned for the future of photography?
“If I could figure that out, I’d be a rich man. I am not concerned about the future of photography itself. If anything concerns me, it’s the passing of legislation that attempts to put down limits on when and where photography can be made. I understand peoples’ concerns with privacy, but to address that by limiting freedom and liberty seems overzealous to say the least. I don’t think it’s right in a just and free society that the actions of a few should result in the rest of us being viewed as suspects, terrorists or criminals.”

Are there any photographic series that you’ve seen from others that have blown you away recently?
“That would be a long list. To name just a few there’s Robert Larson’s The Summer of Our Lives, which documents his community of friends as they are transitioning from their young-adulthood into a new phase of their lives that is slowly taking them on different paths. There’s Zun Lee’s project, Father Figure which explores themes of fatherhood, identity and family secrets and Patricia Lay-Dorsey’s Falling into Place, which is a raw and insightful exploration of her own life with multiple sclerosis. There are all very personal works that demonstrate how people can tell powerful stories about their own lives by using a camera.” 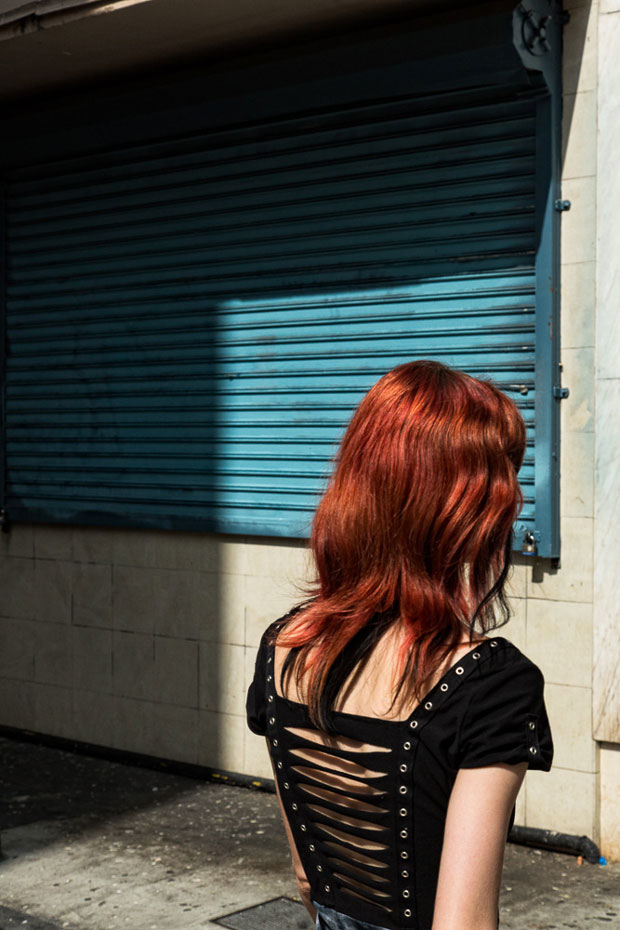 How did the Squarespace platform work with your photographic aesthetic?
“I can change things quickly not just with the overall look of the site, but also with its content. I am updating the site several times a week with new content and the design allows me to do it quickly and precisely. What’s especially important to me is that it reformats automatically on smart devices, eliminating the need for additional work on my part. Since an increasing number of people are viewing my site on tablets and phones, rather than a computer, it’s become important that my site be adaptable.”

What template are you using for your website? And did you customize it in any way? How?
“I am using Ishimoto, which provided me the ability to consolidate my personal website and the blog for the show. The transition was incredibly easy and I’ve really enjoyed the flexibility and control it’s provided me. I had been thinking of switching from Blogspot to WordPress for years, but I just didn’t have the time to learn it properly. I didn’t have to do that with Squarespace and it’s allowed me to achieve the clean look that I’ve desired for a long time.” 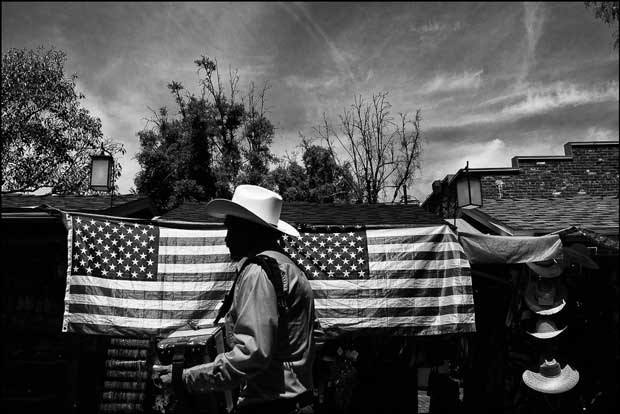 You have so many projects going simultaneously. How did the Squarespace platform help you to organize your work?
“I have everything I do on a single site now. I have my personal body of work, the podcast blog, information on my workshops and books collected into a single destination. It was all over the place before on different platforms. I no longer face that headache.”

What do you like best about working with the Squarespace platform?
“It’s fast and easy to use. I can see that within about a week’s time, I had figured out how to navigate all the controls and features available on the service, which is pretty extensive. I especially like that they are constantly improving the service and adding new features, which I’m often utilizing for my site. I find that very important as it keeps my site from looking old and dated.”