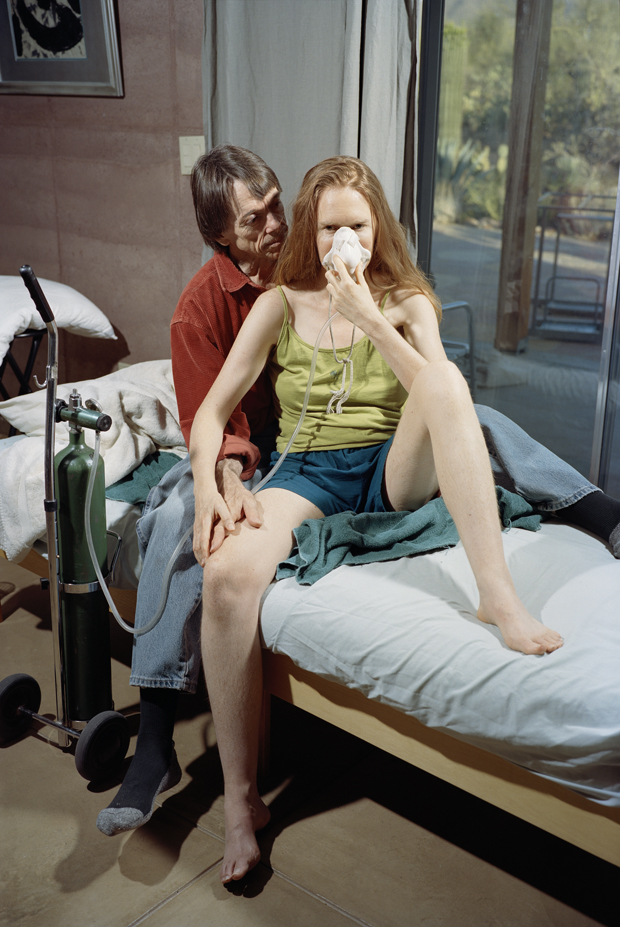 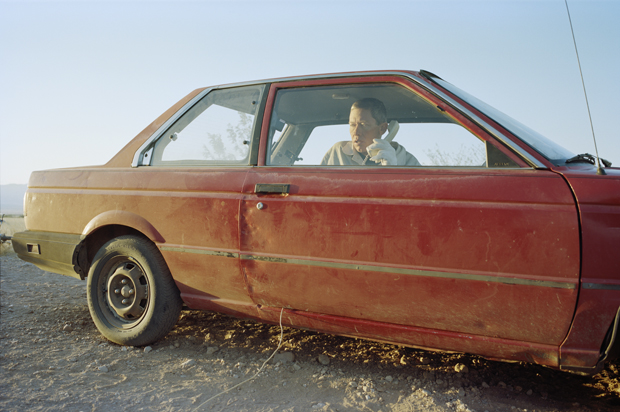 It was 2003 when photographer Thilde Jensen discovered that she had Environmental Illness, an illness characterized by a hyper sensitivity to chemical, electromagnetic signals, food, mold, light, sound and fabrics. Forced to leave her bustling NYC life, Jensen retreated to the woods where she lived outside for two years before moving into a chemical free home. While coping with her new reality, Jensen began documenting others suffering from Environmental Illness, traveling the desert of the Southwest where many have taken refuge and capturing of people living on the edge of society in The Canaries. Published in September 2013, The Canaries was considered by many one of the best photo books of the year. We recently asked her more about her experience and what is quite a fascinating topic. Find the book here. 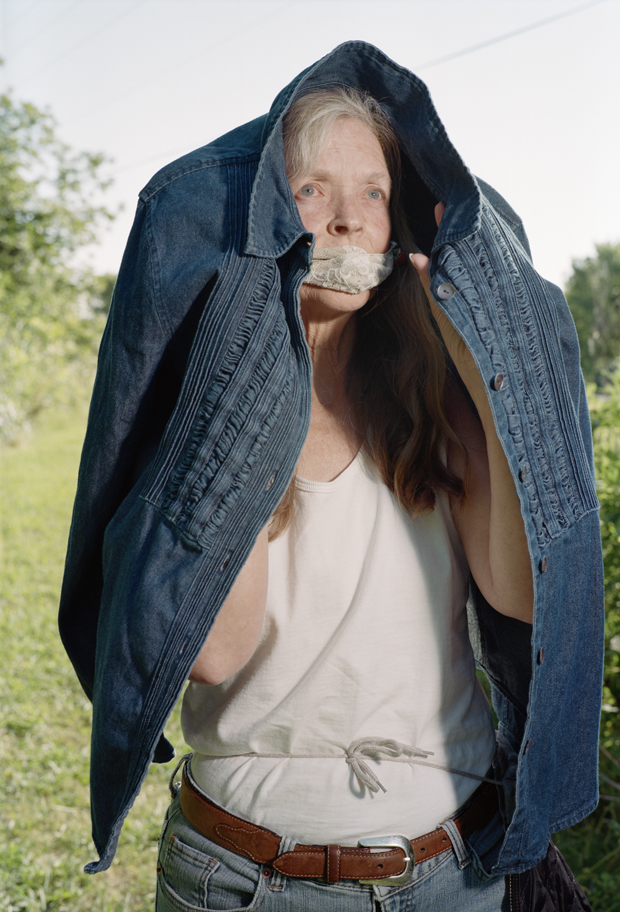 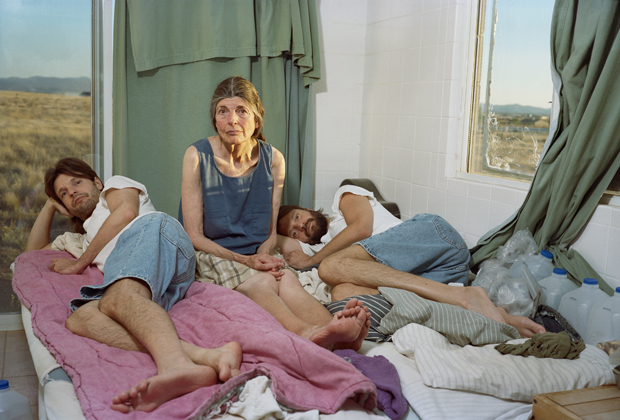 How did you first know that you had Environmental Illness and how would you describe it?
“I was living in NYC at the time I started getting sick with Environmental Illness. The first symptoms were chronic sinus and ear infections, and having fevers and strange tingling sensations in my legs. One day I was sitting in a bad traffic jam where the car ahead of me was spewing out black exhaust and within a few minutes I went from feeling fine to having a severe sore throat and fever. That is when I finally realized the connection between car exhaust and my symptoms.

“From then on things started to escalate and within six months I was not only sensitive to car exhaust but to perfume, inks in books, cigarette smoke and electromagnetic fields. My immune system was crashing. The urban life I so carelessly had enjoyed now turned into a toxic war-zone. It was totally surreal, like being in a Hitchcock movie, where everything is out to get you. It felt like my blood was running backwards.” 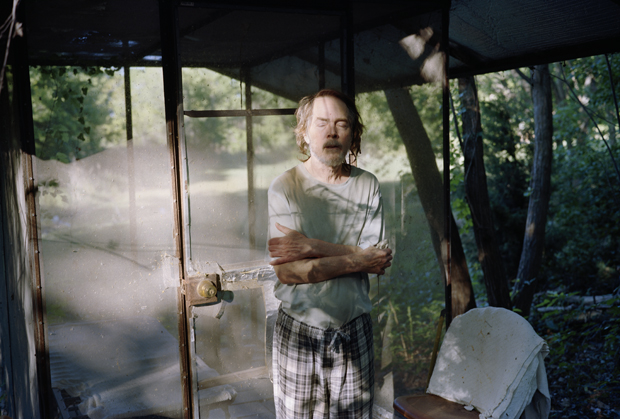 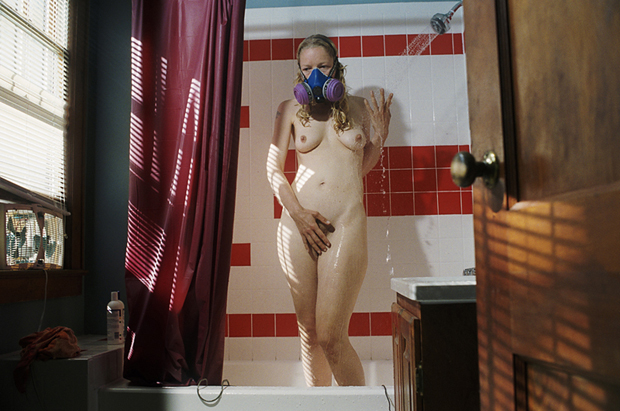 Me showering in a newly renovated bathroom. New York, 2004.

Tell us about your retreat to the woods. How long did it take before you noticed your illness improving? How did you handle going from a bustling city life in NYC to a quiet one in the woods?
“I eventually had to escape my home in NYC to live outdoors in the woods out of an open tent. As soon as I was in a clean natural environment the pains eased but I had to use a respirator whenever I was to re-enter the man-made world. The respirator became my savior for the next seven years. This was of course a very sad and trying time of my life. I am a big socialite so to suddenly be alone in a tent in the woods not able to read a book, watch TV, be on the computer or use a phone much at all felt like a prison sentence.

“I lived outdoors for about two years until I found a house built without chemicals. Seven years later a new experimental treatment helped me recover enough to again be in the “real world” without a respirator, and to use a computer. I had long wanted to photograph around the Desert of the American Southwest where many people with chemical and electrical sensitivities have found refuge.” 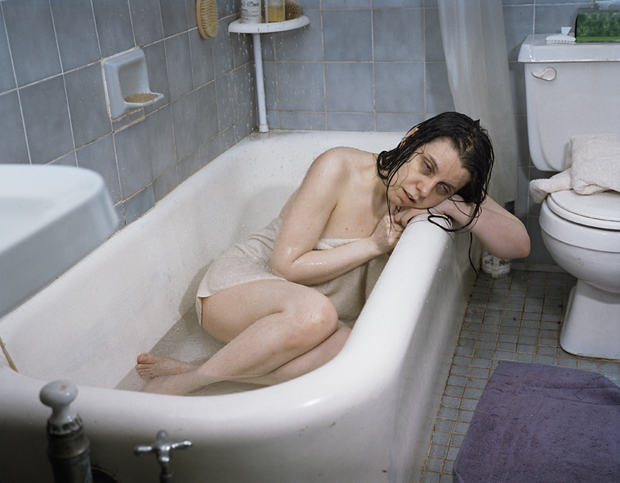 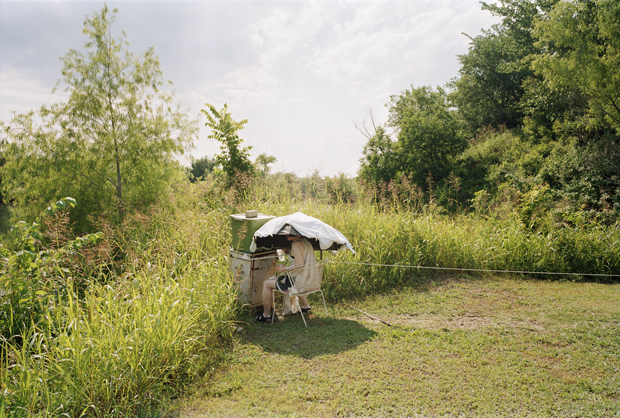 You talk about aluminum foil being a necessity for survival. What is its function?
“Aluminum foil has become an essential material used to encapsulate chemical fumes out-gassing from building materials, books, neighbors, etc.” 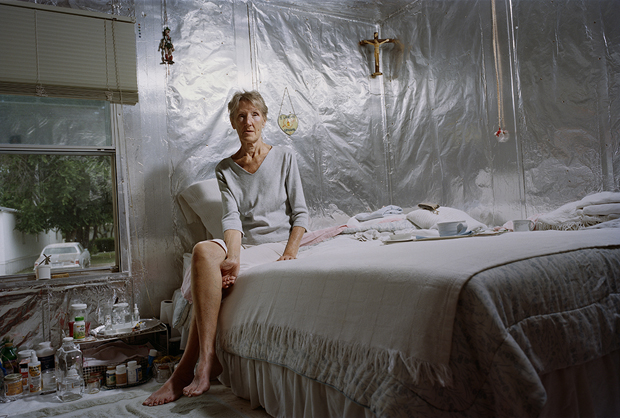 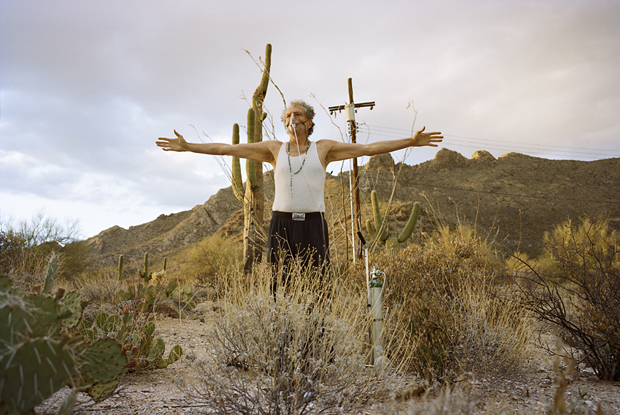 How did you find your subjects? What was it like documenting others living on the edge of modern society?
“Many of the people photographed I met along the way on my own journey through this illness; others I connected with as I traveled around. It was very important that I was an insider to the illness in terms of getting access to photograph them. They knew that I understood what they were going through and that the book would give them a voice. For me to be invited into their “safe zone” I had to be totally chemically free which meant not going into stores or gas stations (we pick up chemicals in our hair and clothes wherever we go), sleeping outside, etc. This was the kind of traveling I was already used to.” 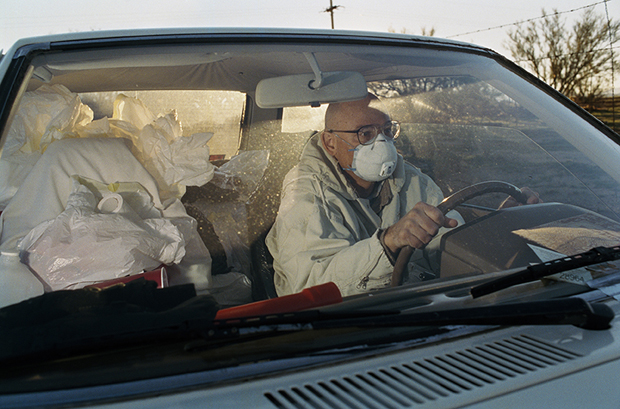 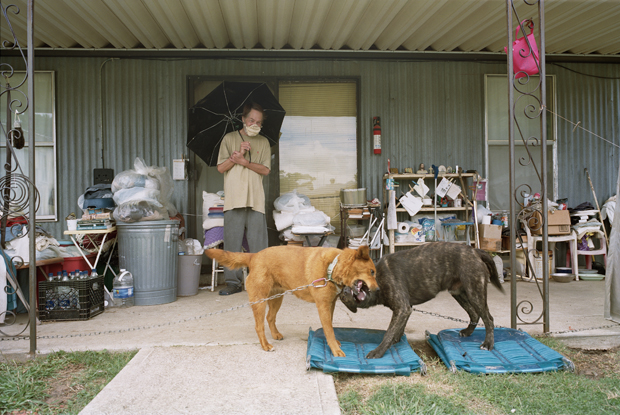 How did your illness change your photography practice/process?
“Spending so much time in nature I have become much more aware of natural light and the beauty of it. Even though I had to use flash in some of the pictures for The Canaries, the majority of the images are made just using natural light. I feel like this project and dealing with Environmental Illness has made me into the photographer I am today. I now like to work in a space of intimacy and feel comfortable photographing from a place of instinct and empathy.” 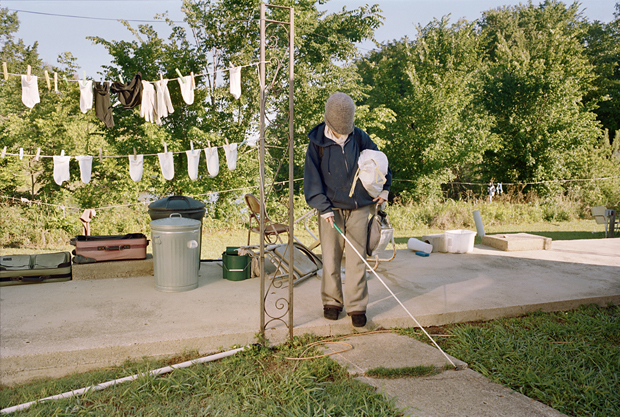 Maria blinded by extreme light and sun sensitivity rarely out in daylight. Texas, 2011. 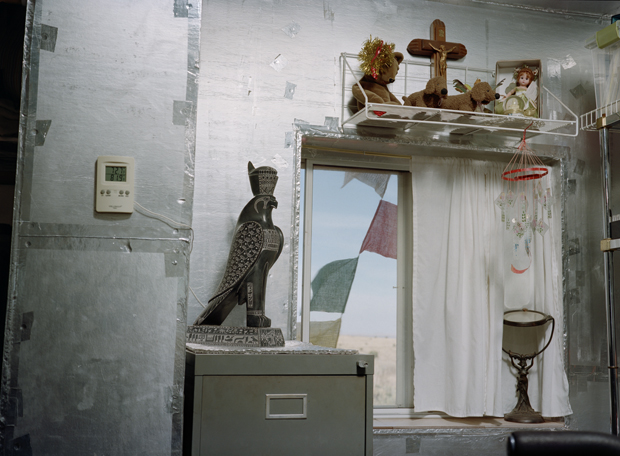 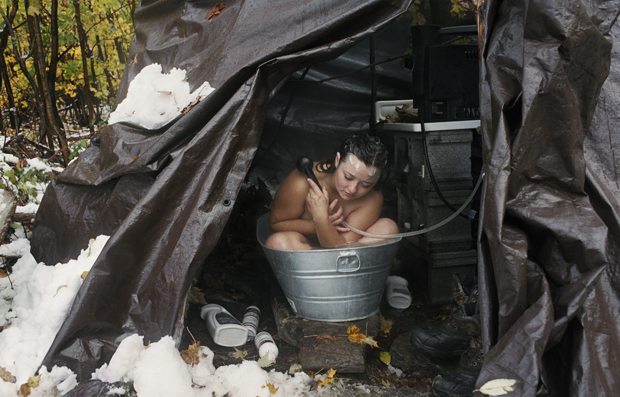 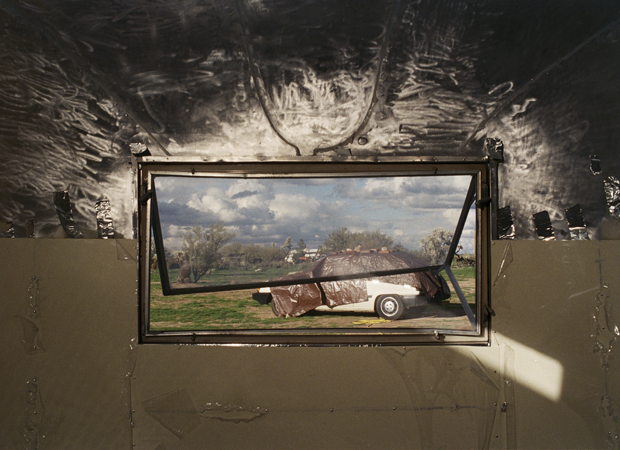