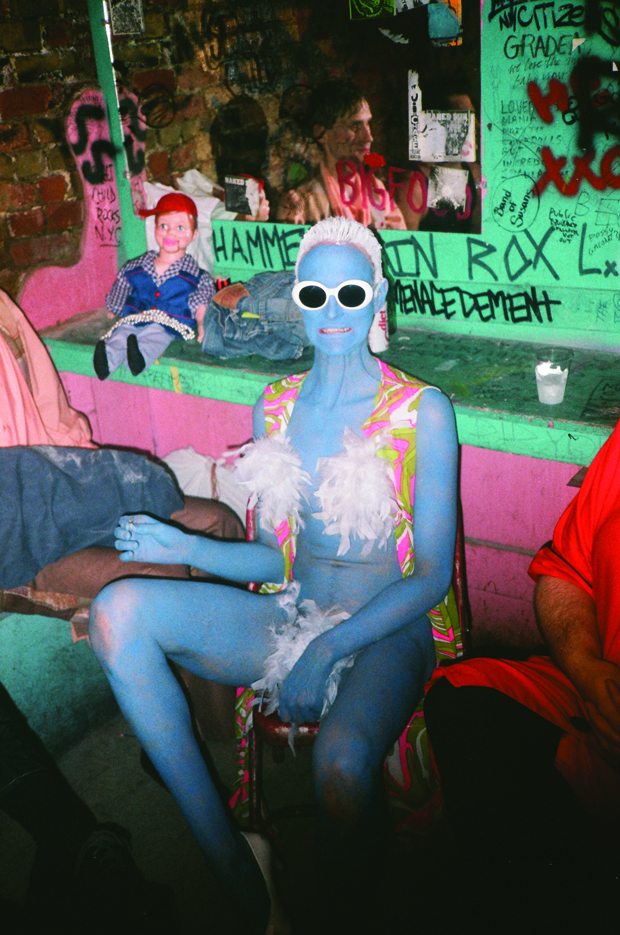 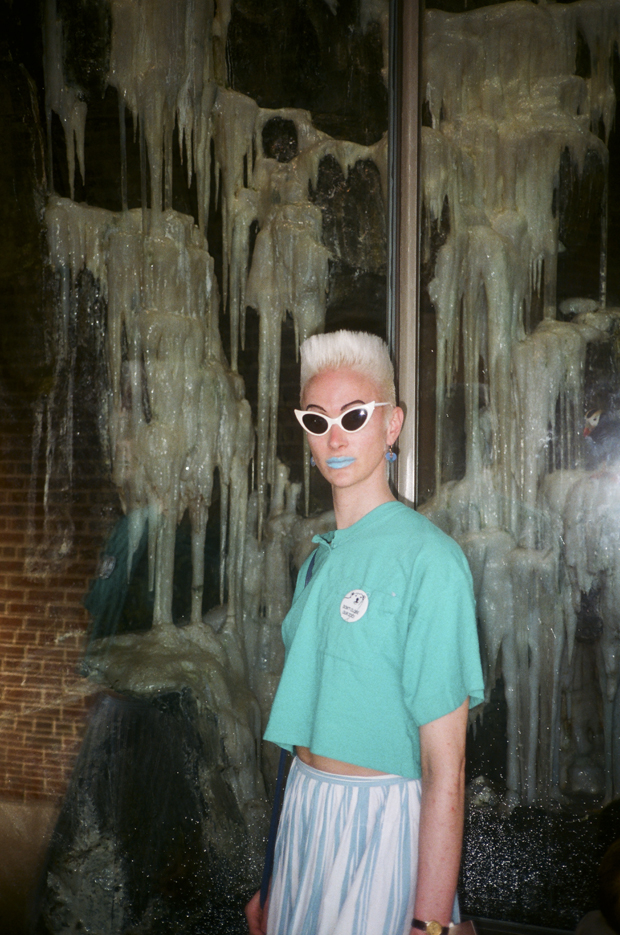 As soon as you see Page, you know there is something special about her. She has the ethereal elegance of Grace Kelly, married with the glittery, gender-bending, art-punk edge of downtown New York in the ‘80s and ‘90s. This was something legendary drag queen Linda Simpson noticed about the transgender performer and documented, along with the rest of the era’s drag scene, with a simple 35 mm point-and-shoot camera. In color, of course. Because if anything was ever colorful, it was drag.

Pages, the collection of these images, is now a book published by the Brooklyn-based press Peradam. With these images, Simpson shares not only a view into the life of an entrancing performer, but insight into gender identity and New York’s former underground nightlife. To see more images like those in the Pages series, check out Simpson’s Drag Explosion photos, documenting drag and nightlife of all sorts from the era. We recently spoke with Simpson about Page and her documentation of the scene. 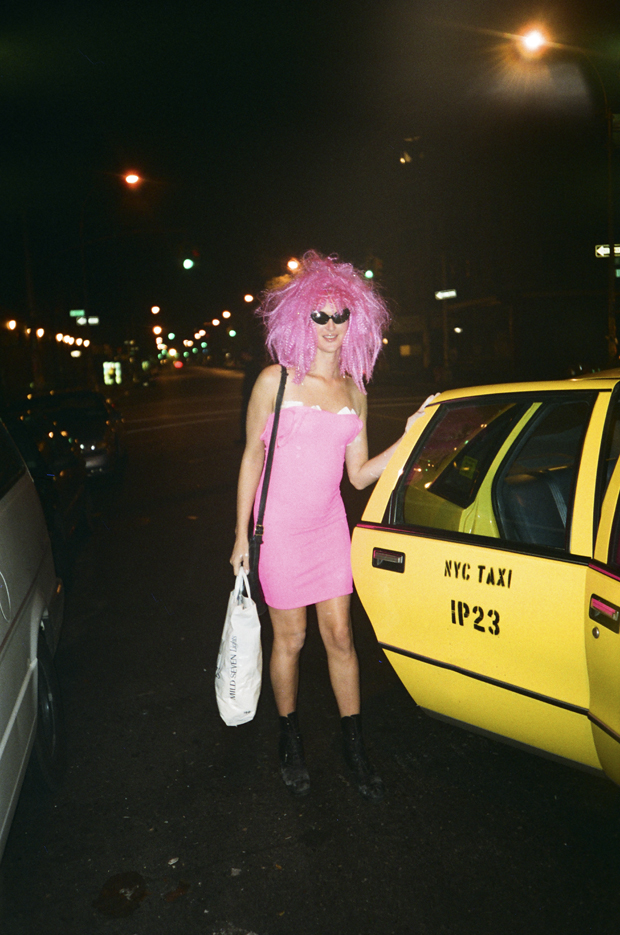 What was it about Page that drew you to photograph her, to produce a series dedicated to just her beyond your Drag Explosion series?
“I guess the main reason I enjoyed photographing Page is because she was so beautiful, plus she presented herself to the world in such a captivating and flamboyant manner. We were good friends and spent a lot of time together, and she liked posing, so I ended up with a pretty good number of solo pictures of her. I think it’s a strong collection and deserving of its own showcase.” 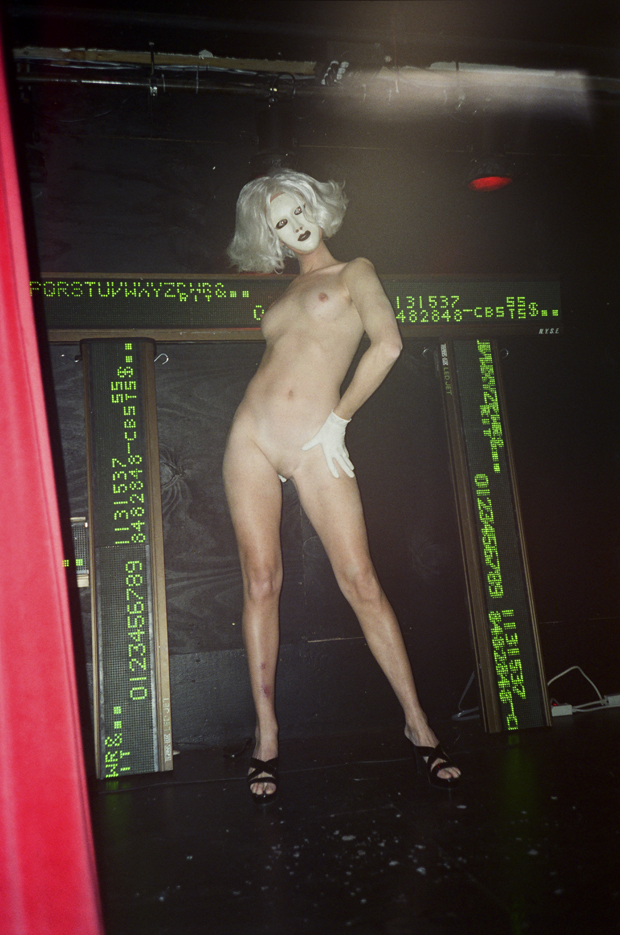 What is the story of your favorite outing with Page, either at night while performing or during the day?
“Besides being friends, Page and I were neighbors. We lived just a couple of tenement buildings away from each other on East 13th Street, back when the East Village was quite rough around the edges. Many of my favorite moments together were just hanging out at each other’s apartments during the day and gossiping about the nightlife scene. Neither of us were 9 to 5 people, so there was plenty of time to hang out.” 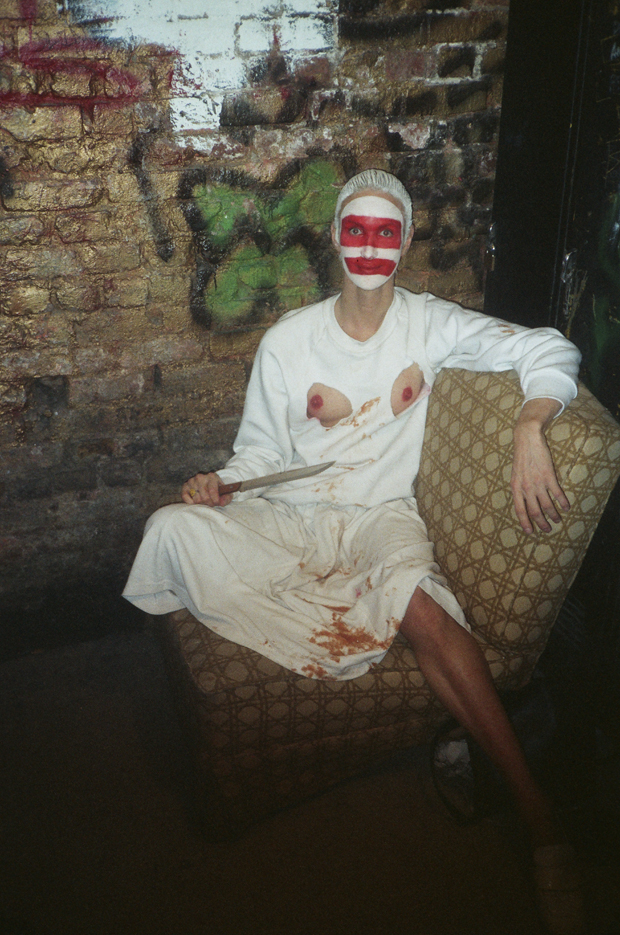 What made you decide to start taking pictures of the drag scene? When you were taking snapshots, was the goal ever to one day put them on display and share them with others, or how did that idea arise?
“My photos of the drag scene were mostly just for fun. I enjoyed sharing them and giving copies to people. Also, for a while I published an underground gay magazine called My Comrade, and in the mid ‘90s I started writing a column about drag for a gay nightlife magazine, so having photos of the scene’s various stars came in helpful. But I really never thought that I was creating any kind of archive. It wasn’t until a couple of years ago that I began sorting through all my shoeboxes of photos and realized that I had a time capsule that people might enjoy seeing. So I’ve developed a slideshow presentation of my work that tells the history of the era, which was really quite momentous, when drag transformed from an underground art form into a pop culture phenomenon.” 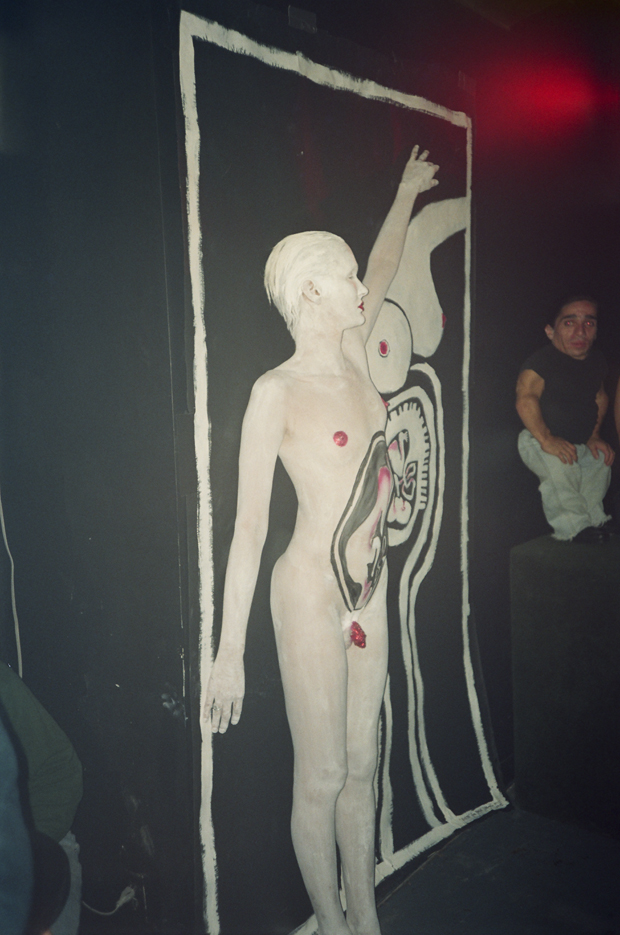 Have you trained as a photographer? What camera did you use?
“I’m a complete amateur and I’m very naive about photographic methods. For my Drag Explosion and Pages photos, I think I was guided by a drag queen magic! I don’t remember where I bought any of my cameras back then, but they were just your run-of-the-mill inexpensive 35 mm cameras. It was back when film ruled, and it wasn’t very common to hobnob with a camera, day or night.”

What was the biggest lesson Page taught you?
“Page was my first transgender friend, and she enormously expanded my mind about gender expression. Twenty years ago, even in my hip downtown drag scene, we were not very knowledgeable about transgender people, and Page demystified a lot of issues for me. I’m very grateful to her for being so open and honest with me. Page was extraordinary, even bizarre, but ultimately she was a lovely and kind person, and we shared a million laughs.”