Estranged Photographer and Father Reunite, Collaborate on Series About Their Relationship 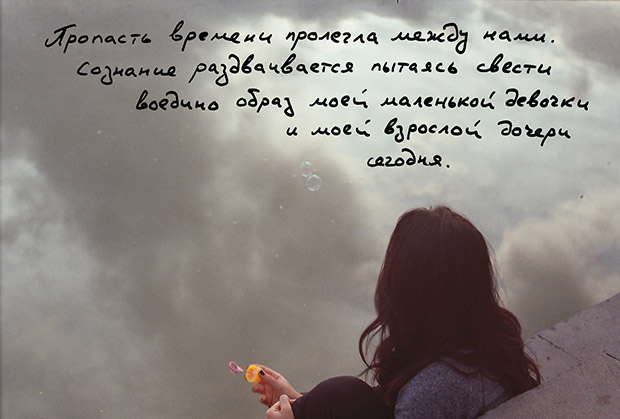 “Time has flown between us,” writes my father. “My consciousness is split as I try to bring together the image of my little girl and my grown daughter today.” 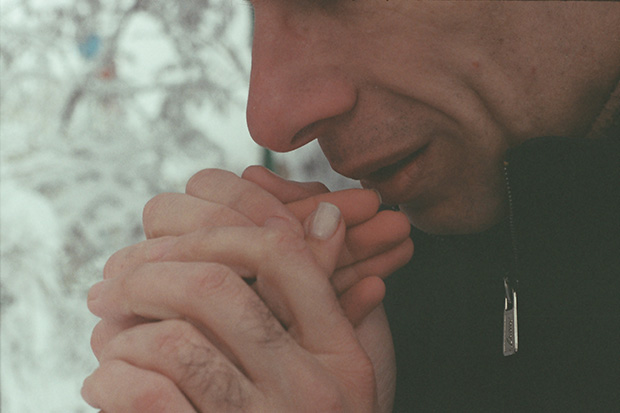 Diàna Markosian grew up knowing little about her father. In photo albums compiled by her mother, he was either cropped out of the frame altogether or left as a ghostly profile. Markosian last saw him when she was just 7 years old, her mother taking she and her brother from their family home in Moscow to the United States. Thereafter he was rarely mentioned. But several years ago Markosian set out to discover who her father was, tracking him down at his home in Armenia. Together they embarked on a collaborative photo project, Inventing My Father.

Inventing My Father will be exhibited at the Blue Sky Gallery in Portland, Oregon, January 2015. 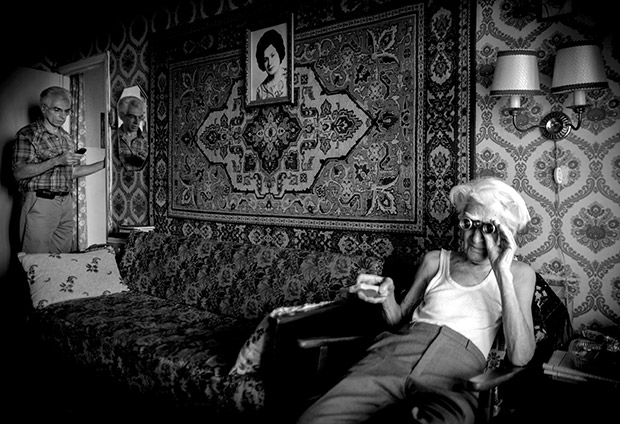 I found him standing just how I left him. In a doorway, neither fully in or out of my life.

Do you always remember wanting to find your father again, or was it a decision you made later in life? Was there a particular catalyst that prompted it?
“I found myself avoiding it. When someone would ask me about my father, I would tell them he died when I was 7. It was easier than trying to make sense of it all. I think it was especially hard for my brother. He essentially became my father. The decision to meet my father was not planned. My brother and I happened to be in Armenia together and decided to search for him. When I met him, I wanted to cry for the 7-year-old in me. I don’t think you ever stop needing a father, even now.” 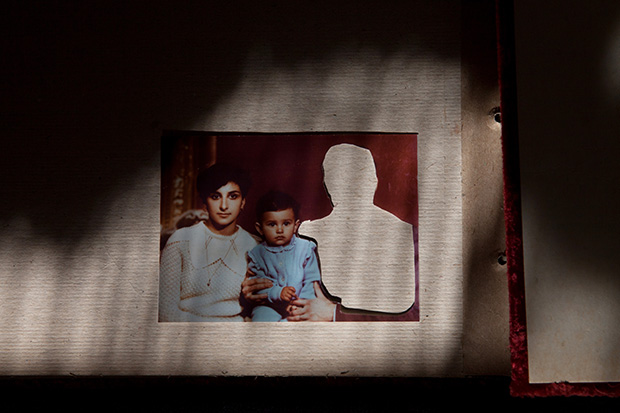 This is the closet thing I had to an image of my father – a cut out of him in my mother’s photo album.

The cut-out profiles of your father in photo albums must have had quite a haunting effect on you. Why do you think your mother cut out the images, rather than crop the photo to remove any reference to him?
“She did both. My mom tried to destroy every memory of him in my life. But those holes made it harder for me to forget him. I can’t judge her for what she did. Even before our departure, my father had been absent, and my family learned to accept his absence – and began to treat it as a fundamental quality of his being. I am not sure what I would have done in her situation. Personally it’s a bit traumatic and has taken time for me to accept.”

At what point did the idea of a joint photo project come up? Do you think it was a logical endeavor for you as a professional photographer – i.e., do you find the medium to be an effective way of exploring your own emotions?
“I’ve been working on the piece for two years. I published a series of images last year, and when I asked my father about them, he asked to have his voice in the piece, so that’s how we started collaborating. He is using his old film camera, the same camera he used to photograph me when I was a little girl. I think this project has is allowed us to be together, to create memories, and in a way, put the past behind us.”

Has this had a lasting cathartic effect on you? You suggest you remain uncertain about how to relate to him.
“Sometimes I feel close to him, sometimes I don’t. When I first started the project, I wanted to love him. I wanted to feel warmth towards him, perhaps the same warmth I had when I was a child. But these images have come slowly. There are moments when I look at him, and it all starts to make sense: he’s my father, and I am his daughter.” 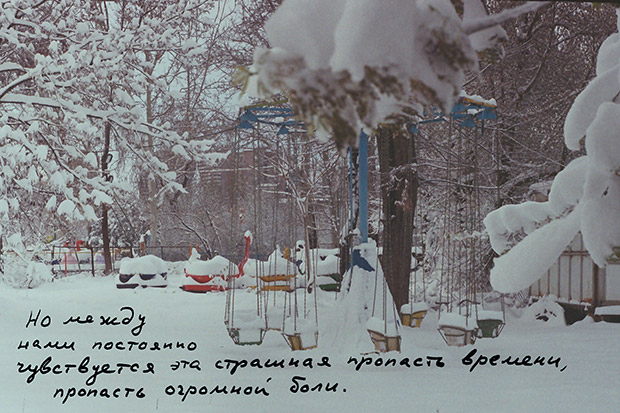 “There is a constant feeling of lost time between us,” my father writes. ” An enormous pain that can always be felt.” 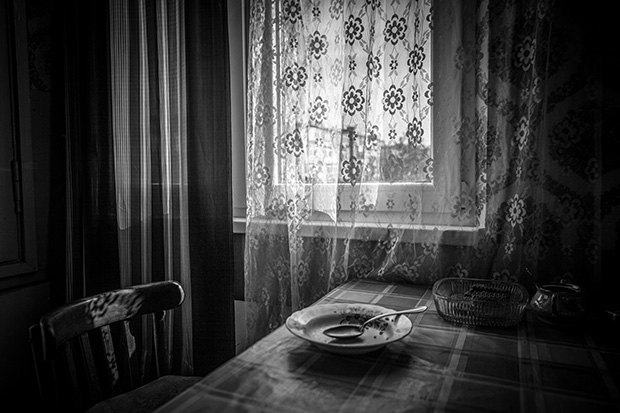 It took me fifteen years to be here, sitting across from my father in his home. I had forgotten so much about him – the shape of his face, the sound of his voice, the way he laughed.

It’s a very personal project, and without doubt a difficult one for you to pursue. How have you come to terms with the fact that tens of thousands of strangers will come to know of a particularly intimate (and painful) episode in your life?
“It is deeply personal, but it’s a part of me. I joke that any guy who dates me will be warned ahead of time, so what’s several thousand more? I say this now, but when the piece came out in The New York Times last year, I was an emotional mess. I received thousands of emails in the first week, and it really hit me how universal this story is. I think if I can help someone, perhaps in some small way, it was all worthwhile.”

What is the future of the photo project with your father? Will it be ongoing?
“It’s just starting. I’m slowly getting to know my father, and I think this will be something I never quite finish. And that’s pretty exciting.” 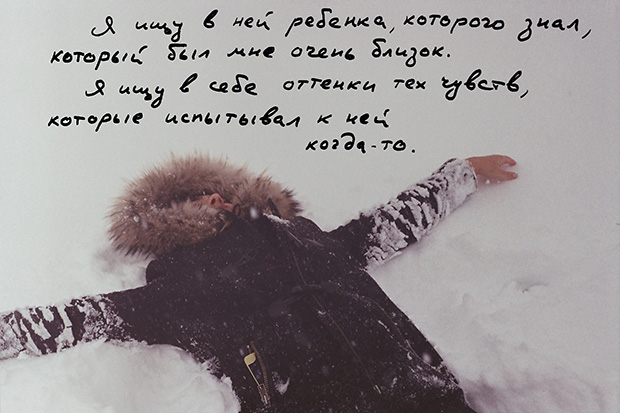 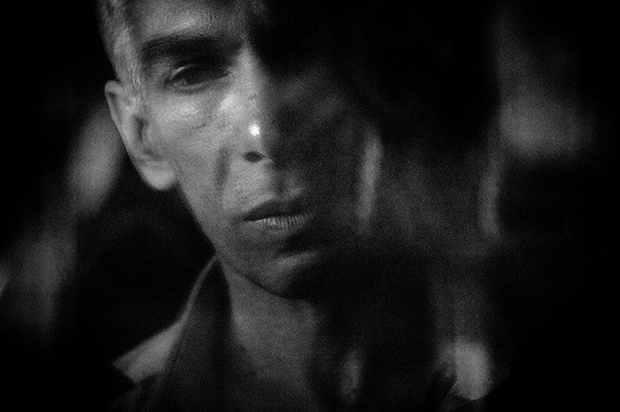 As a little girl, my father felt like a secret being kept from me.  When I would ask my mother about him, she would tell me he was gone. 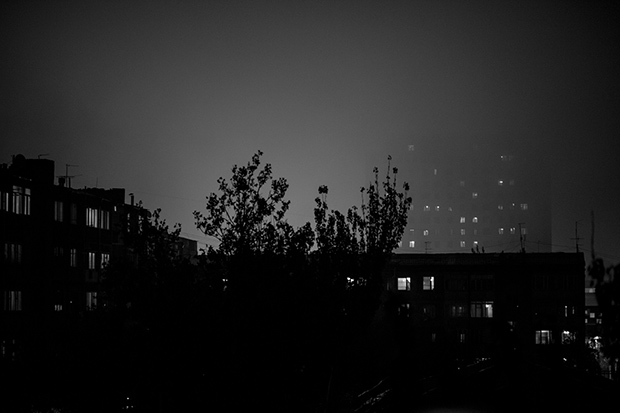 But he wasn’t. He was still there, in the same house my parents lived in after they married. 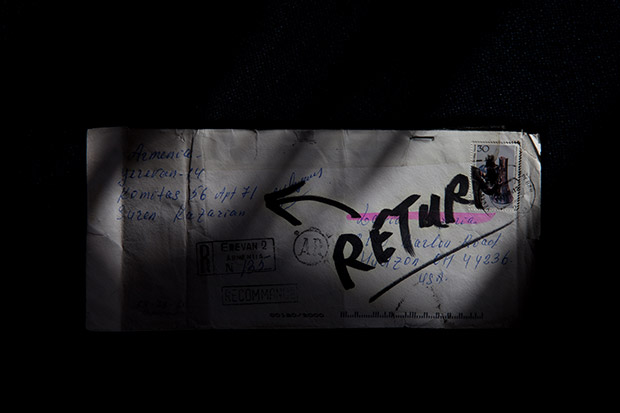 All these years, my father didn’t know where we lived. After we vanished, he sent hundreds of letters in search of us. None made it to our doorstep. 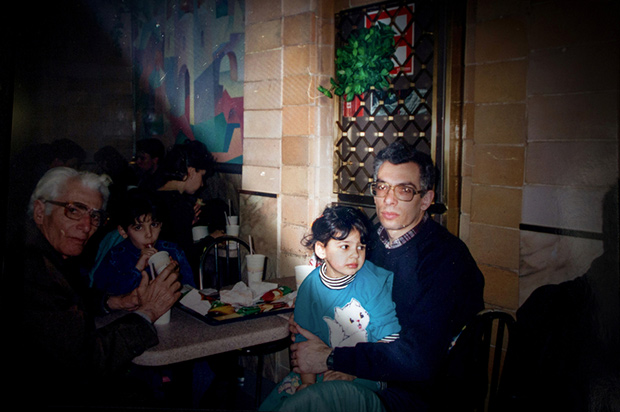 One of the only images of my father and I together. I saw it for the first time when I was 23. 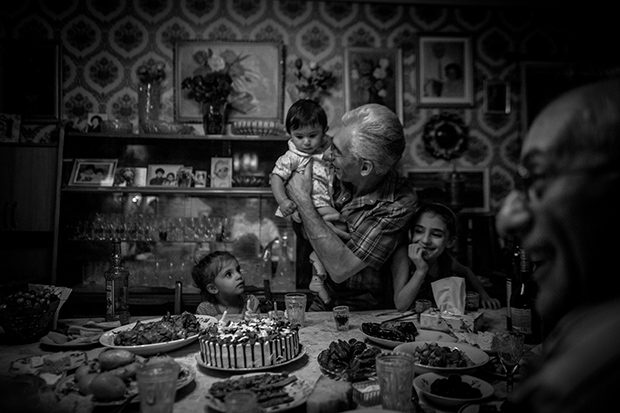 Not too long ago, he had another child, a little girl. When I watch him play with her feels like a bruise someone keeps pressing. I can’t help but wonder why she gets to have a father and I don’t. 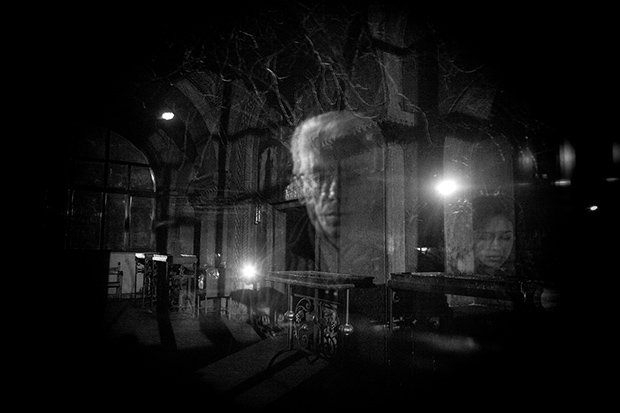 I keep looking for him. I think I always will.