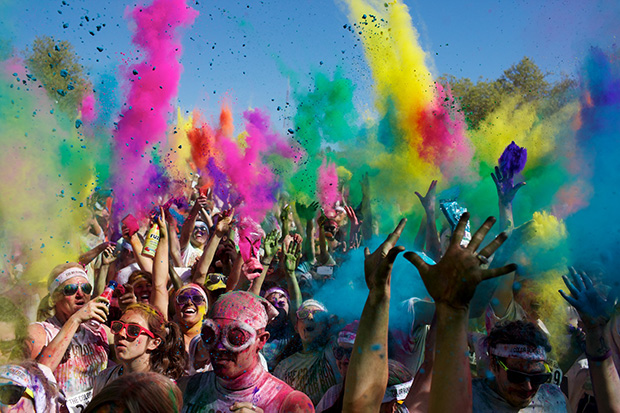 The Color Run more resembles a Hindu Holi celebration than a 5k fun run. “It’s not about the run,” said Erika Schultz. “I think it’s about being a human canvas. Your body becomes art. You become art, a big impressionistic human painting.” 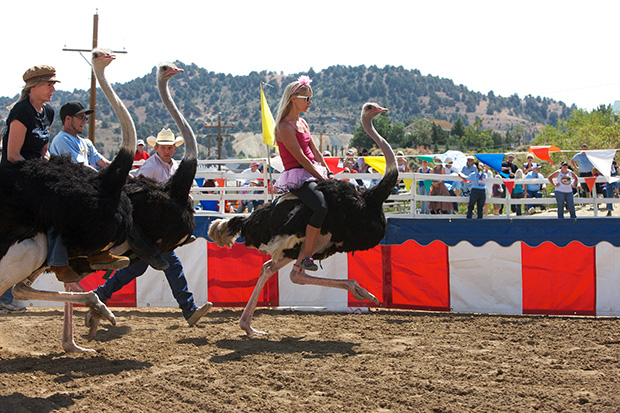 Humans are weird indeed. There is much beautiful evidence of this in Portland-based photographer Sol Neelman’s Weird Sports 2, his hilarious second volume of pictures of oddball sports events. Neelman is running a Kickstarter, ending April 13, to fund this second volume, which is to be published by Kehrer Verlag (as was the first volume, Weird Sports).

Neelman has photographed about 200 weird sports in the past 9 years. Events run the gamut from the chuckwagon racing, lightsaber fencing, live monster wrestling…the list goes on and on. All of the sports depict humans going to various degrees of effort to compete in strange and entertaining ways that don’t at all resemble traditional sports but still share many of the same elements that go back in history at least 2,000 years: uniforms (or costumes), rules, physical effort, competition, and, most importantly, a way to gather together and have a good ole time. 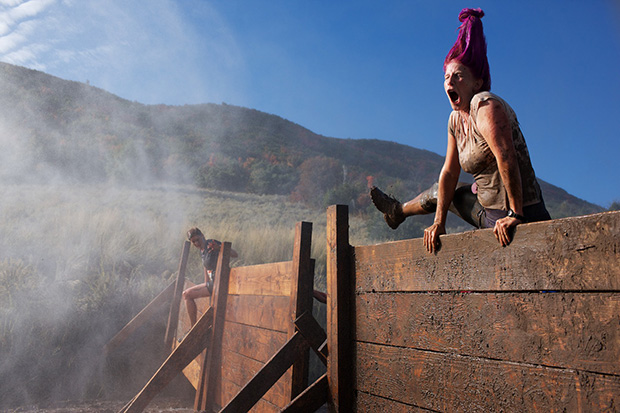 The Dirty Dash is a new kind of race, a mud-run obstacle course where “a military boot camp meets your inner five-year-old’s fantasy.” One of the first tricky hurdles to overcome is a series of super slick six-foot walls. 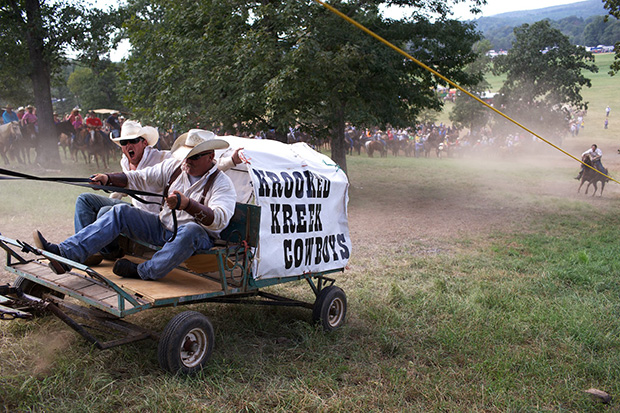 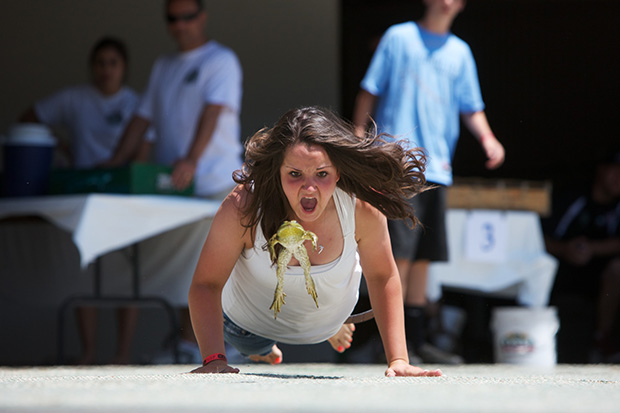 Breanna Ziehlke encourages her frog to get on with it at the Calaveras County Fair & Jumping Frog Jubilee. 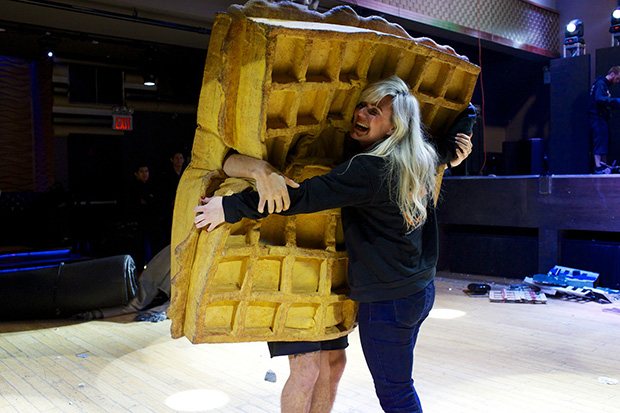 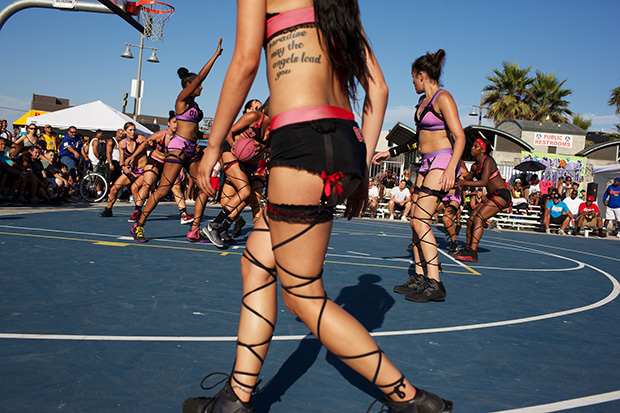 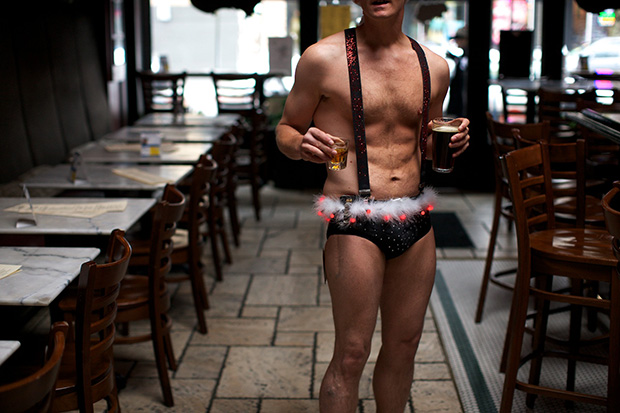 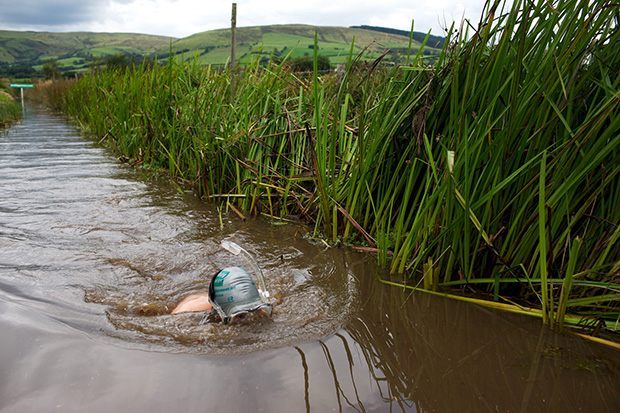 The home of bog snorkeling is Llanwrtyd Wells, the smallest and weirdest town in Great Britain. Competitors must wear snorkels and flippers and complete the course without using conventional swimming strokes. Wet suits are not mandatory, but the smarter swimmers sport them. 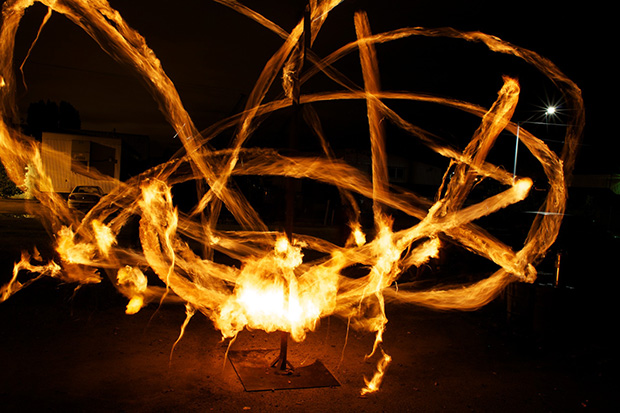 The “ball” in flaming tetherball is a roll of toilet paper soaked in 3 ounces of white gas, the stuff that saner people use in camp stoves and lanterns. It burns nice and bright, but without the obvious drawbacks of gasoline.