Whimsical, Abstract Moments Found in the Shadows of LA 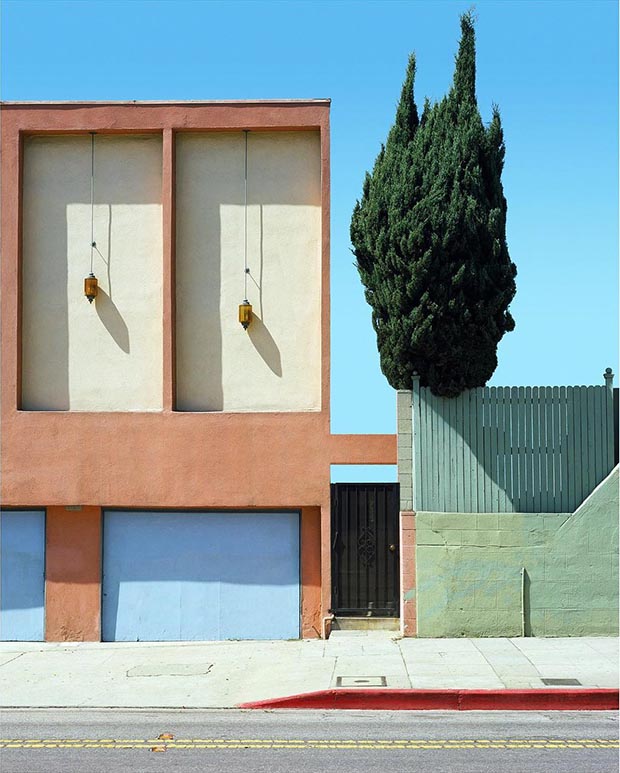 George Byrne was born in Sydney in 1976. In February of that same year, the controversial exhibition New Topographics: Photographs of a Man-Altered Landscape concluded its run at George Eastman House nearly 10 thousand miles away in Rochester, New York. As it happens, Byrne’s fate would be intertwined with the history of the New Topographics movement when in 2010, he moved to Los Angeles and started taking pictures of the city’s built environment.

Byrne describes his pictures at “abstract meditations,” and he’s made them over the course of many long and solitary car rides. His background is in painting, and he uses color and shadow in much the same way a painter would, except his canvas happens to be all the places the rest of Los Angeles has forgotten: old walls painted in odd colors, deserted storefronts, and parking lots set beneath the blazing sun.

In May of last year, the artist said it simply when he told Sophie Tedmanson of Vogue Australia, “I notice a lot of weird stuff.” He’s right, of course, but his subjects are only weird because they’re not weird at all– they are utterly regular. That’s why “stuff” is exactly the right word. What makes these parts of Los Angeles “weird” is the way he sees them. One of Byrne’s tens of thousands of Instagram followers, a woman named Jessica Johnson, put it well when she commented, mysteriously and eloquently, “Your work has wings.”

When there are people in Byrne’s images, there’s usually only one figure, and he or she is always oblivious to the photographer’s presence. In conversation with the British Journal of Photography, the photographer said these pictures “appeal to [our] sense of loneliness.” The isolation is eerie and unnerving, but it’s sometimes offset by the artist’s sheer delight in what he does. In vacant moments, he finds lovely accidents, and in stopping to acknowledge them, he invites us to do the same. Los Angeles becomes a playground, inhabited by shadows and ghosts.

“At first they’re really stark nothing,” a visitor once said while leaving the New Topographics exhibition decades ago, “But then you really look at them, and it’s just the way things are.” Byrne has cited the New Topographics photographers with helping to shape his aesthetic, but only one of those ten exhibiting artists in 1976 saw the world in color. The vast majority shot in black and white. Perhaps we had to wait for Byrne to continue the legacy; this time, all in pinks and greens and blues.

George Byrne will exhibit his work at Halcyon House as part of a pop-up show from May 19th-21st this year. Following that, it will travel to Olsen Annexe Gallery in Woollahra for two weeks. His exhibition New Order opens at OLSEN GRUIN in New York this summer. Follow along on Byrne’s Instagram for updates. 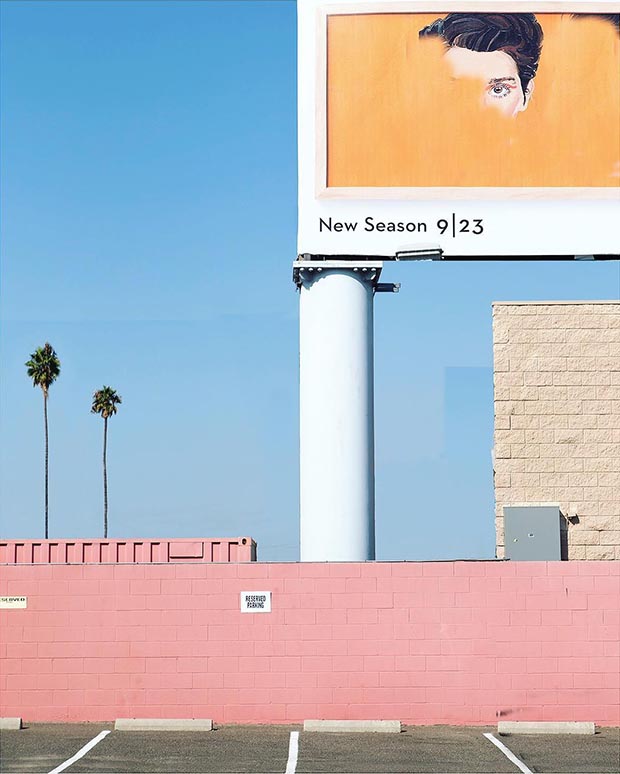 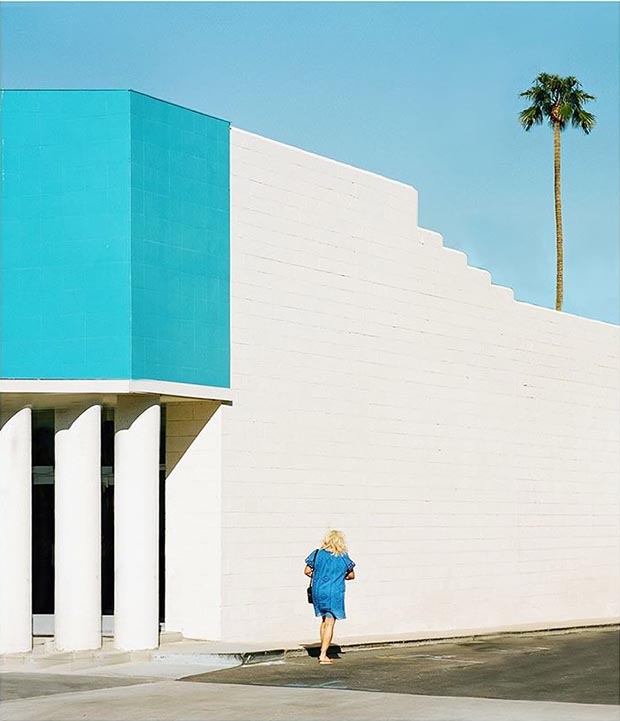 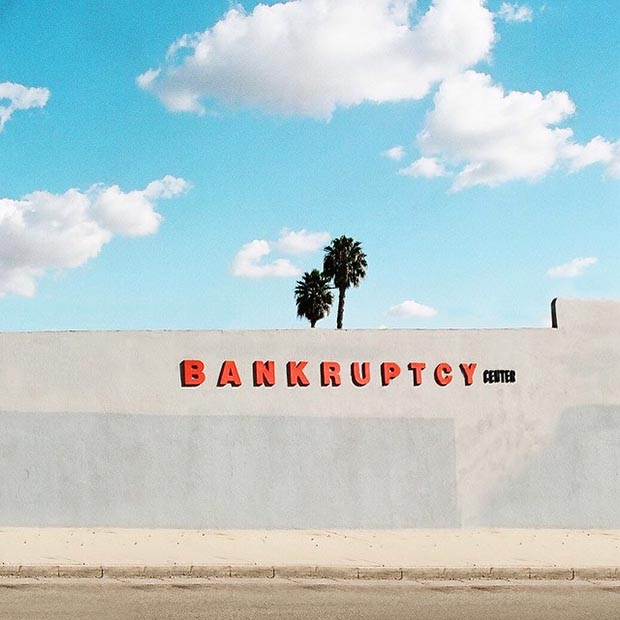 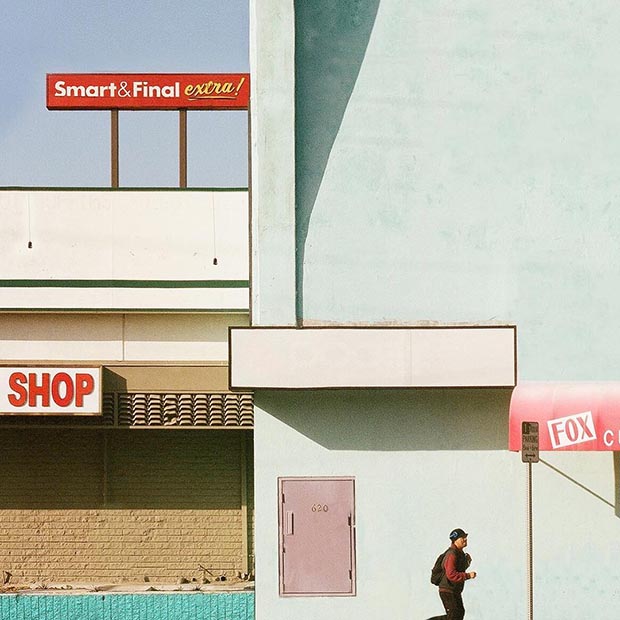 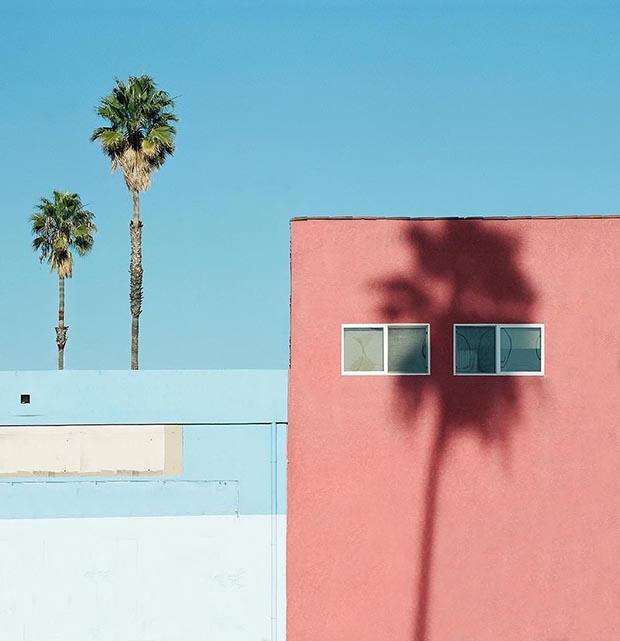 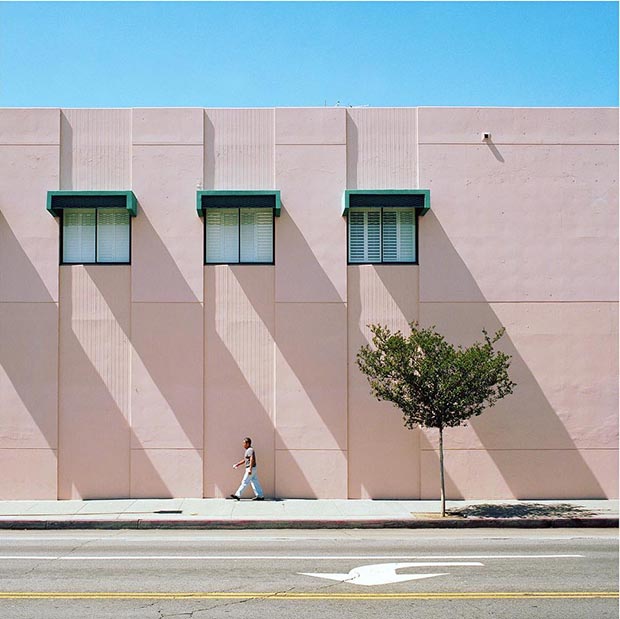 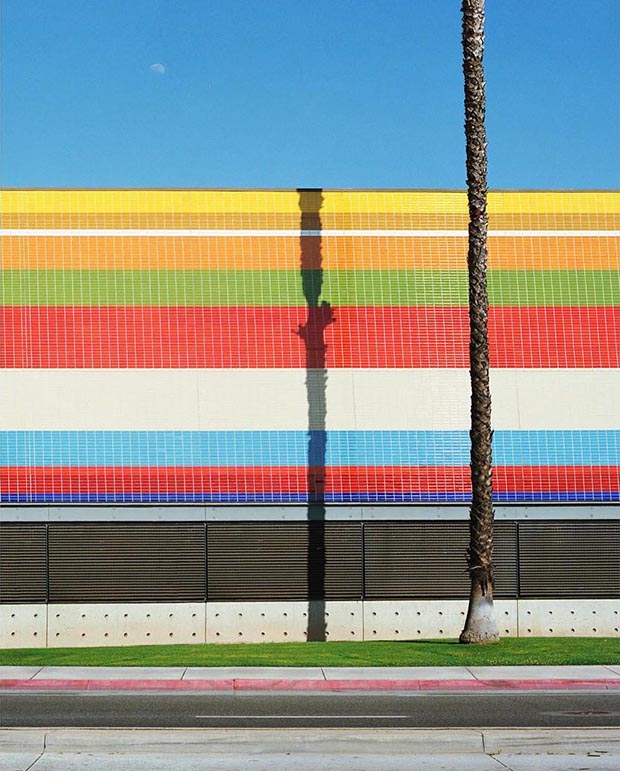