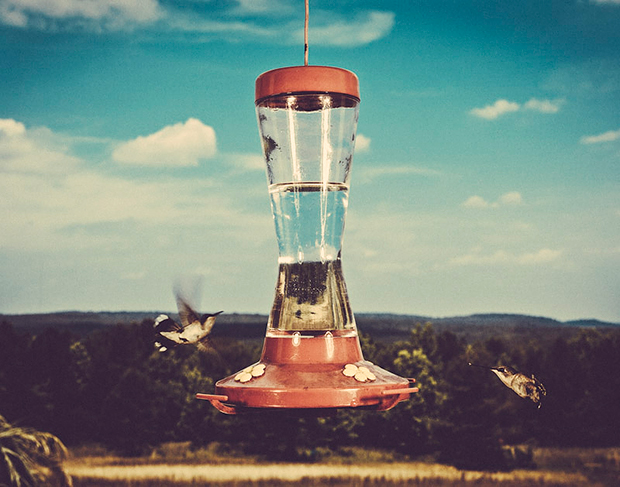 Brooklyn-based photographer and Squarespace user Nils Ericson captures a duo of hummingbirds mid-flight and pre-nectar as they hover around an enticing feeder at a friend’s farm in South Carolina. Ericson says he knew he wanted to photograph the hummingbirds after admiring them many a morning while drinking coffee on the porch. Figuring that his camera wasn’t fast enough with the available sunlight to capture those furiously flapping wings, Ericson decided to light the scene with two strobes he placed at a 45 degree angle. As the birds circled the feeder, he periodically pressed the shutter, rendering this whimsical result.

See more of Ericson’s work on his Squarespace site.