Nomadslife: Portraits of Nomads Around the World Reveal A Way of Life Soon To Be Forgotten 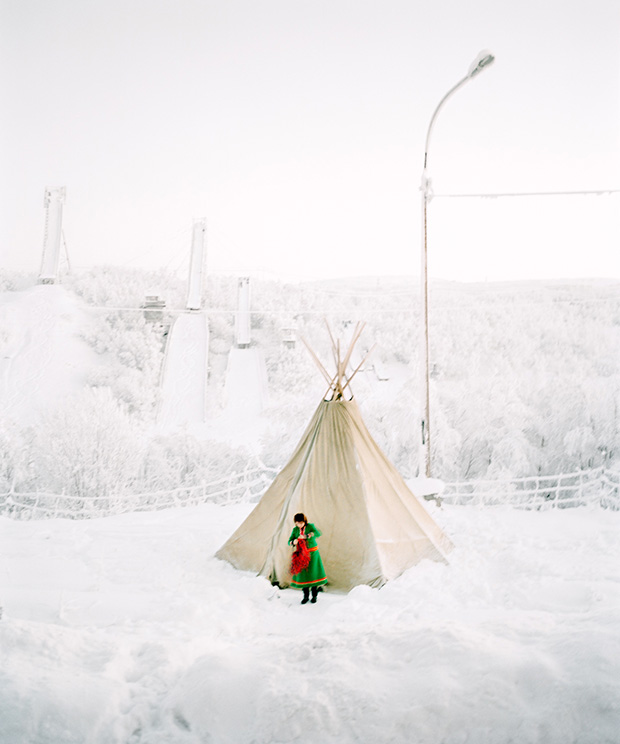 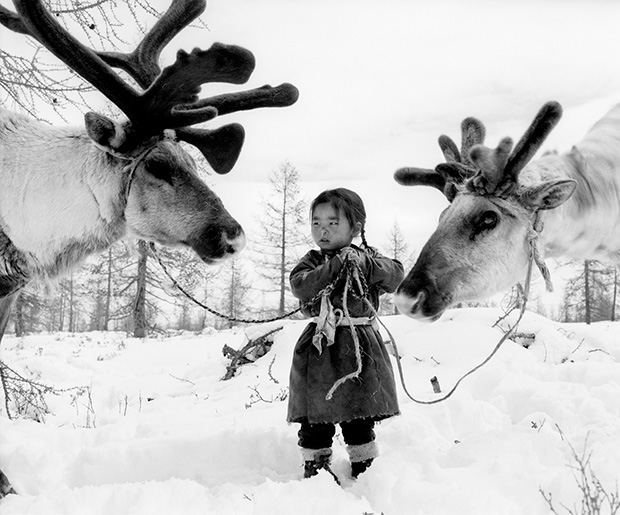 Rotterdam-based photographer Jeroen Toirkens has been photographing nomads of Russia, Central Asia, Mongolia, and the Arctic region since 1999. This traditional way of life, which in some cases is thousands of years old and therefore one of the oldest forms of civilization, is increasingly threatened by the encroachment of modern industrialized civilization and globalization. Nomadslife is the chronicle of this elemental way of life and the changes that many of these communities are going through. In addition to globalization and population growth, traditional nomadism is also endangered because the younger generations are increasingly lured away from their ancestral way of life by the modernity of cities. Legislation is also impacting tradition, and has caused the nomads of certain regions to create more permanent settlements. In addition to more familiar scenes of nomadic life—reindeer herding, fishing, hunting—Toirkens also depicts the real existence of modern-day elements—soda vending machines, solar panels, television—commingling with traditional aspects. Nomadslife is a beautiful visual document of the ongoing changes impacting these varied societies.

Nomad, published by Lannoo, is available in trade and special editions. Click here for more from Nomadslife. His newest book, Solitude, in the Wake of William Barentsz, about his 1,864-mile journey from Bodø, Norway, to Murmansk, Russia, on the Barents Road, through the last remaining wilderness in Europe, is available here. 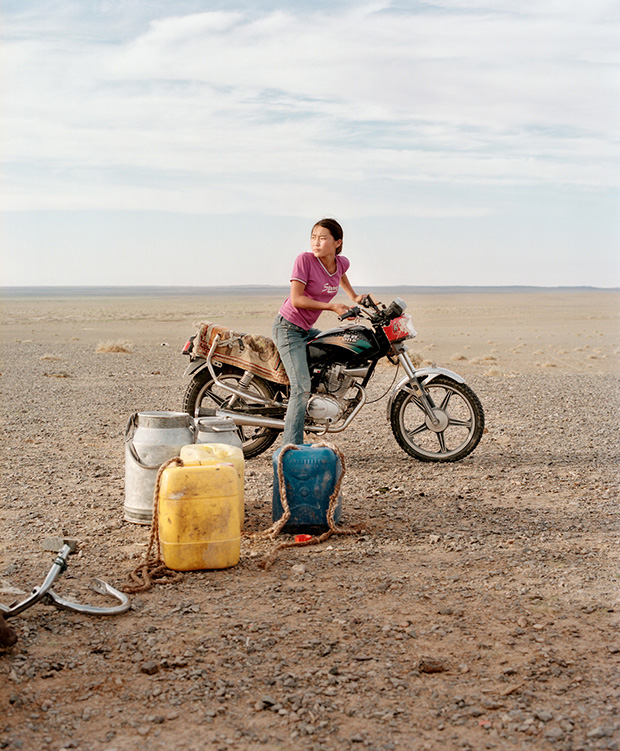 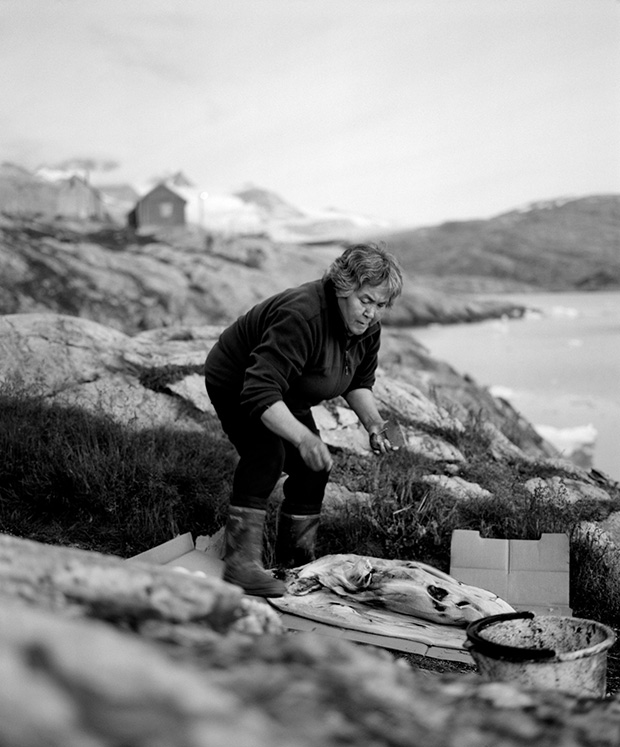 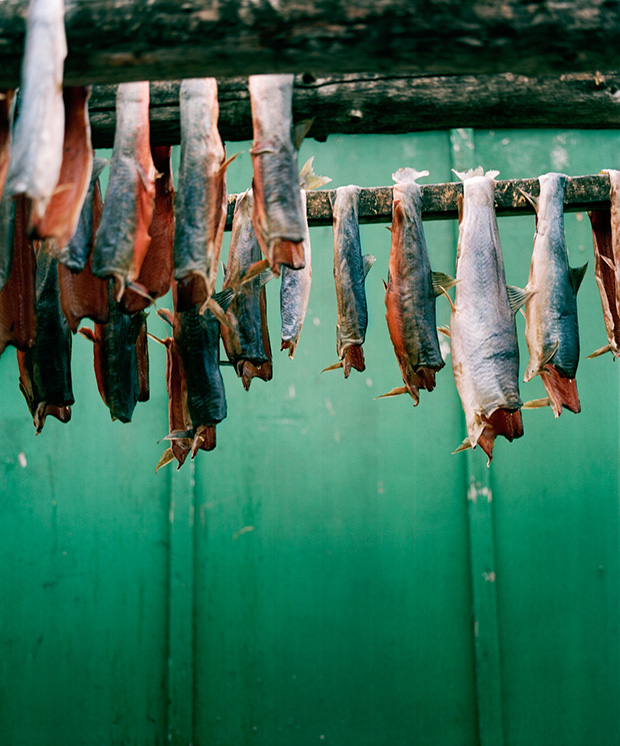 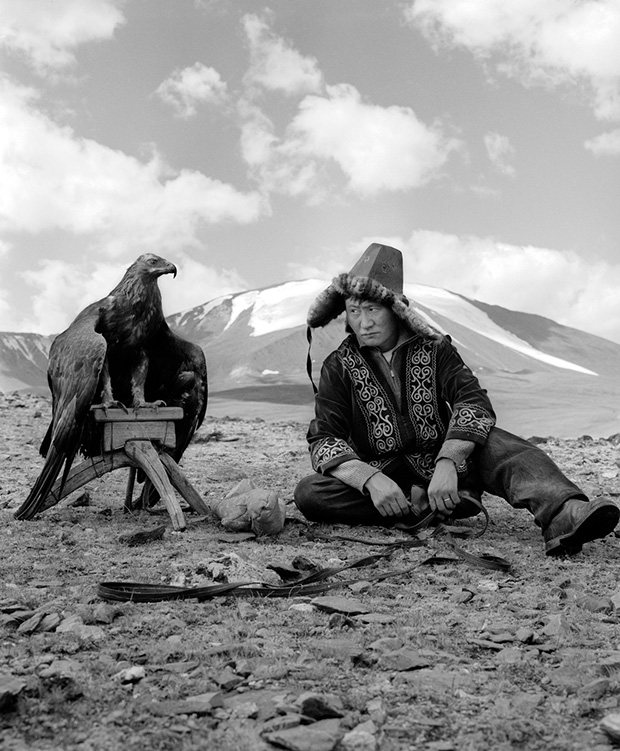 Bayamandai is posing with his five-year-old eagle. The Kazakh are so-called burket, eagle hunters, who train the predator birds to fly out from their arm to catch hares, foxes and even wolves. After five years of loyal service, the birds are usually set free again. In Bayan ölgii. Kazakhs of Mongolia, August 2007. Photo © Jeroen Toirkens 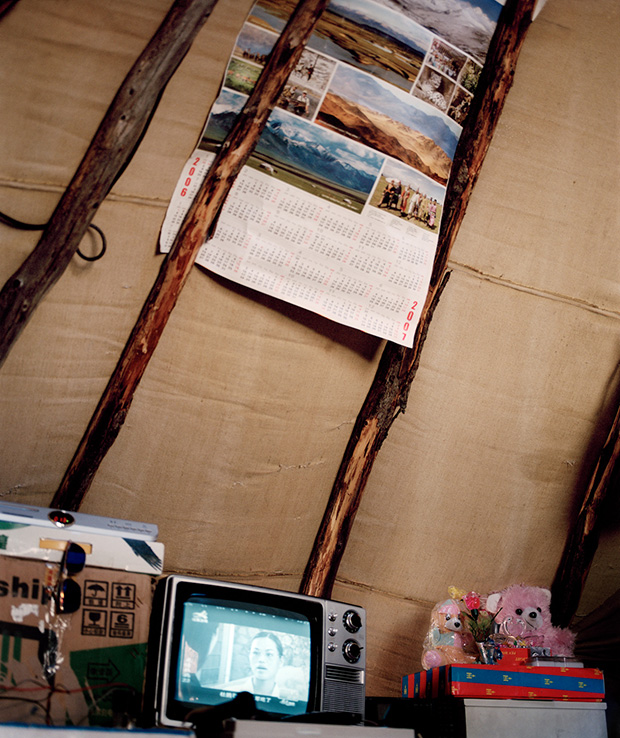 Interior of a dwelling in Khövsgöl Aimag. Dukha of Mongolia, 2007. Photo © Jeroen Toirkens 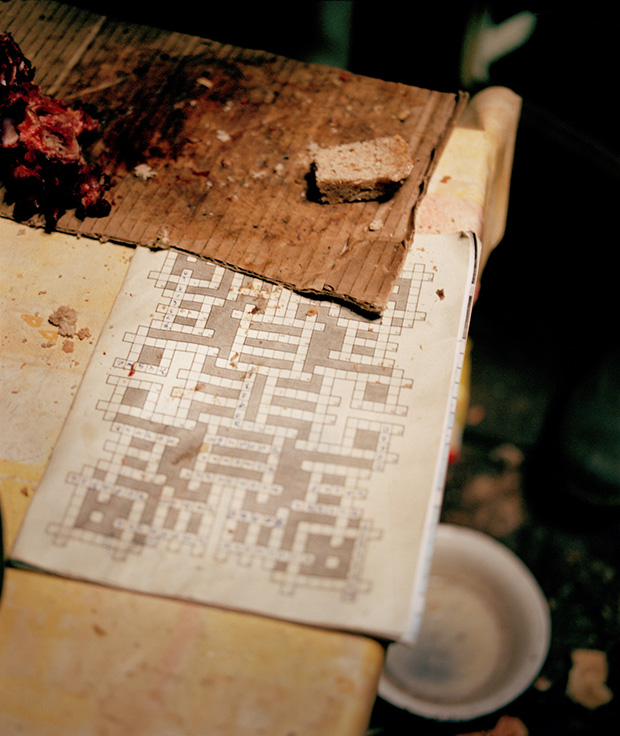 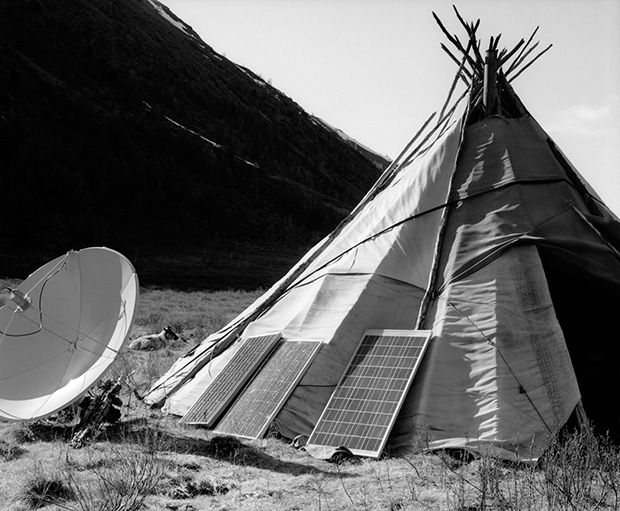 This camp in Zuun Taiga is seventeen kilometers from the Russian border. In service of the local government, the families keep an eye on the neighboring village of Tuva. Dukha of Mongolia, May 2007. Photo © Jeroen Toirkens 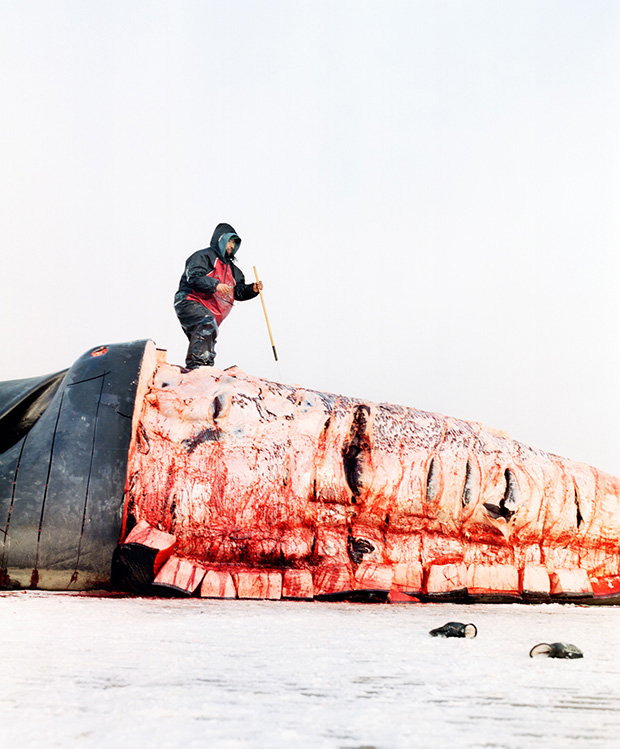 Gigantic strips of skin, blubber, and meat are dragged to various places on the landing strip in Barrow. The whale is shared among the population according to centuries-old principles. Inupiat of Alaska, United States, October 2010. Photo © Jeroen Toirkens 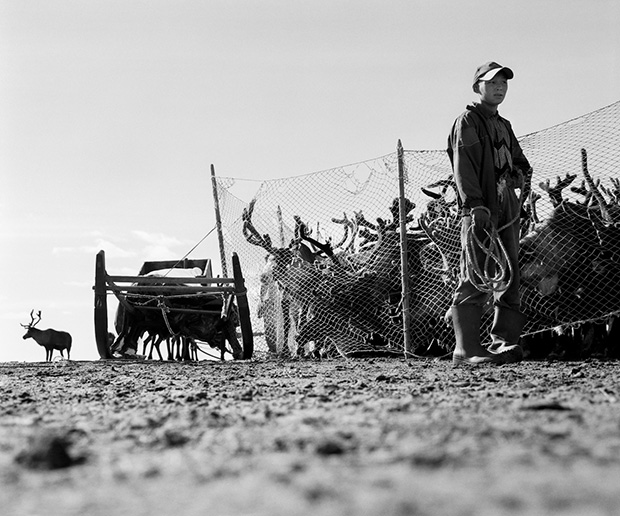 The grazing area of the ‘Vyudjinski’ reindeer brigade is located above the polar circle, along the inhospitable coast of the Barents Sea. In Communist times, Vyudjinski was the best kolchoz (collective farm or community) in the region, where 70,000 reindeer used to graze. That number has plummeted to 5,000 animals. Autonomous Okrug, Nenets of Russia, August 2005. Photo © Jeroen Toirkens 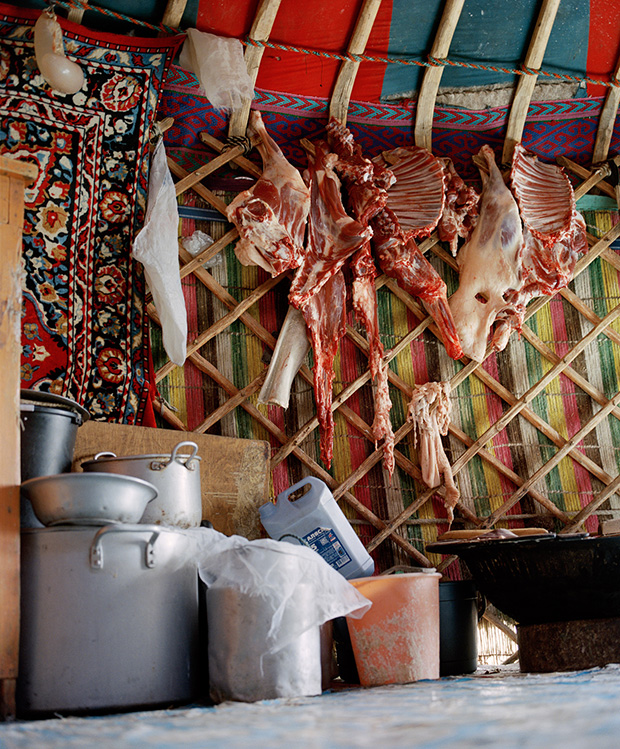 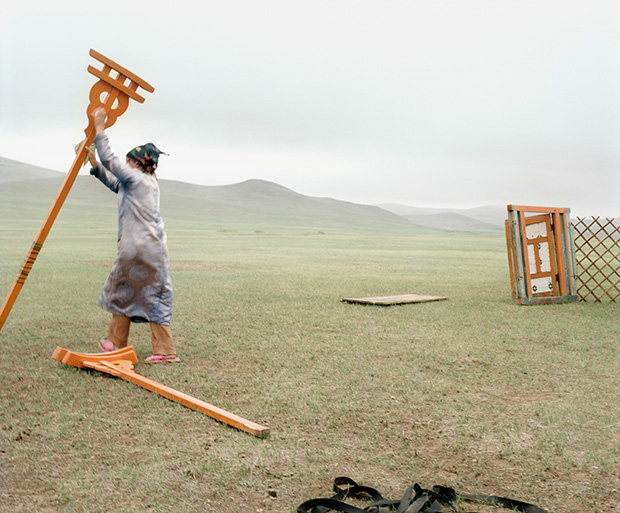 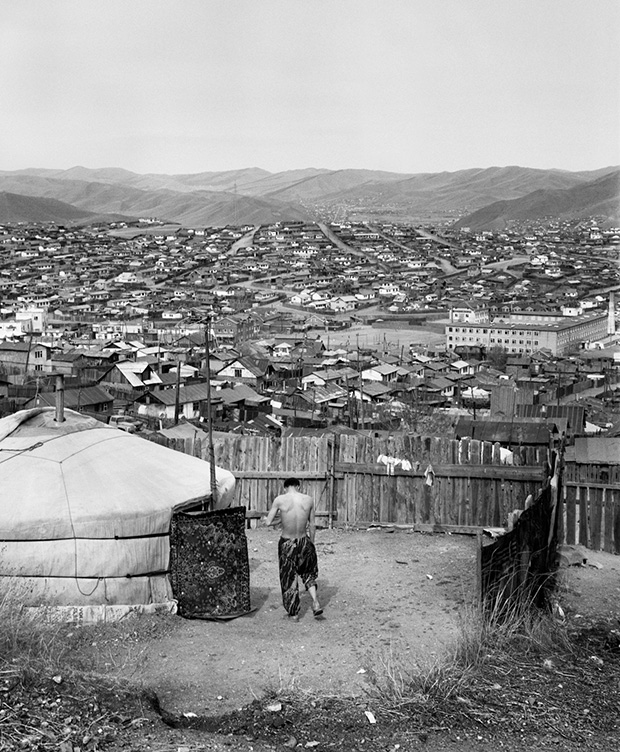 The steppes of Mongolia are slowly emptying. By now, half of the original nomadic population is living in the cities. The capital Ulaanbaatar is unable to absorb the influx. At the city’s edges enormous outskirts form, made up of gers (felt tents) and simple houses. Increasing numbers of shepherds are abandoning their nomadic existence and are moving into town. Khalkhs of Mongolia, May 2007. Photo © Jeroen Toirkens 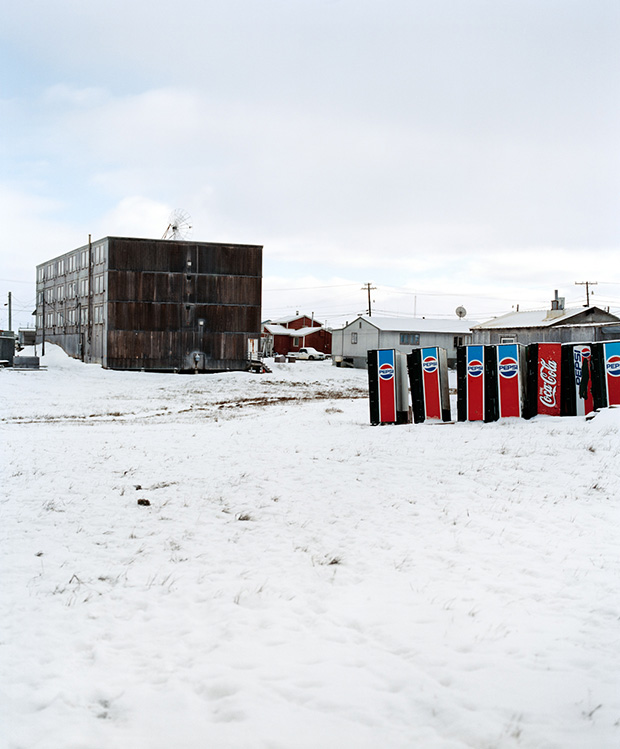 Barrow, Alaska, lies more than 400 kilometres above the Arctic Circle and is the northernmost point in the United States. Inupiat of Alaska, 2010. Photo © Jeroen Toirkens