When the Russians Come to Town: Tales of Abkhazia’s Lost Glory 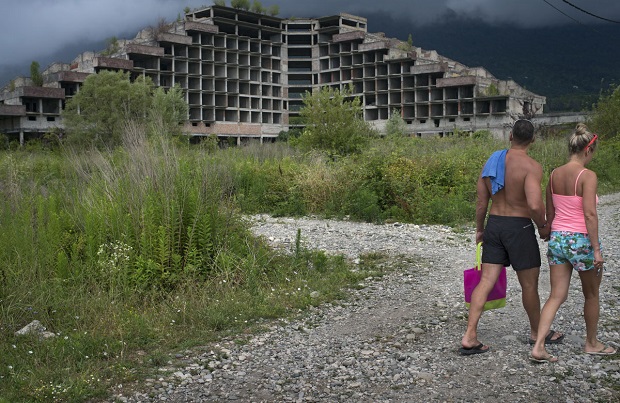 Tourists walk by an abandoned hotel in Gagra, the busiest resort in Abkhazia, very close to the Sochi Olympic site and Russian border. 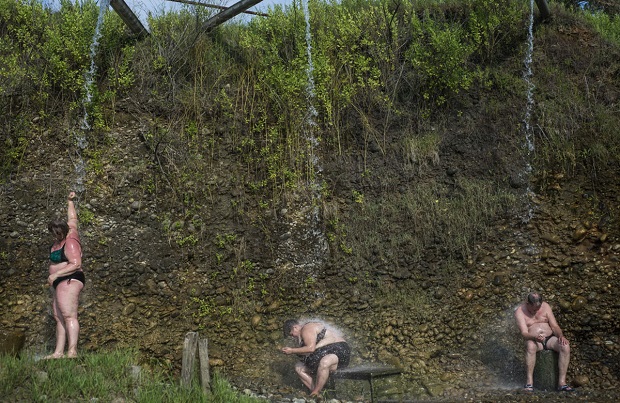 People are relaxing at the hot thermal springs in Kyndyg.

Romanian photographer Petrut Calinescu was born in Constanta, a Romanian city by the Black Sea. As a child, he always wondered what was on the other side of the water. Through his project, Around the Black Sea, he began to find out.

Calinescu’s project is a visual documentation of the fragile democracies and the people living around the Black Sea. Return to Paradise – Russian Tourists in Abkhazia is the part of the project that documents summer in the disputed territory of Abkhazia, when about half a million Russian tourists (double the population of Abkhazia) spend their summer holiday there. The region used to be a very popular holiday destination during Soviet times, but things have since changed. Today only the middle class travels there—people who cannot afford the Russian resorts. Many of the hotels are in ruins and services are not as they used to be.

Abkhazia was once part of Georgia and since the region fought for its independence in ’92 and ’93, Georgia, Russia and their allies managed to isolate it. Russia did not recognize Abkhazia’s independence until a few years ago and many countries have yet to. Today, the region is still trying to figure out what to do with its freedom. With the average salary being about 800 dollars per year, its industry is in ruins and poverty is spreading. 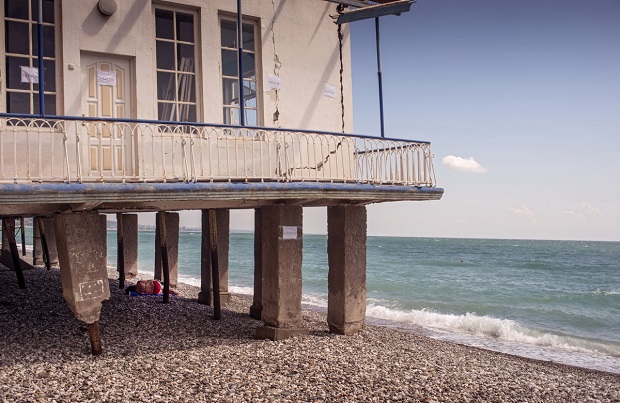 A woman is hiding from the shadow beneath a building in ruins, which carries the sign “Danger,” Sukhumi. 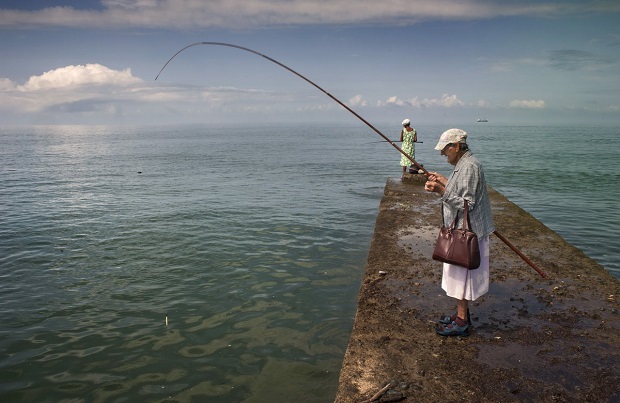 Nina and her daughter fish from a jetty for Frogfish, Ochamcira. 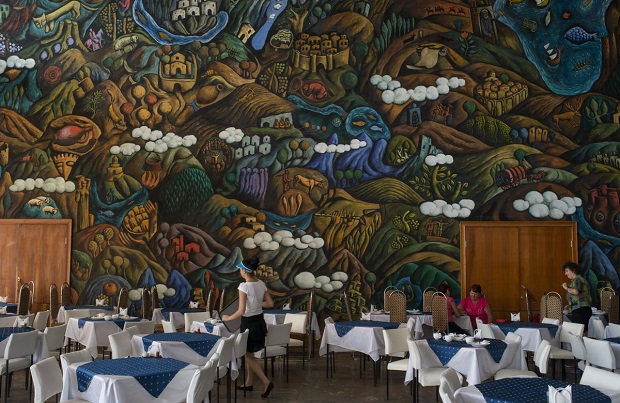 A recent mural painting in a canteen in Pitsunda, belonging to Intourist, the official state travel agency of the Soviet Union, founded in 1929 by Joseph Stalin. 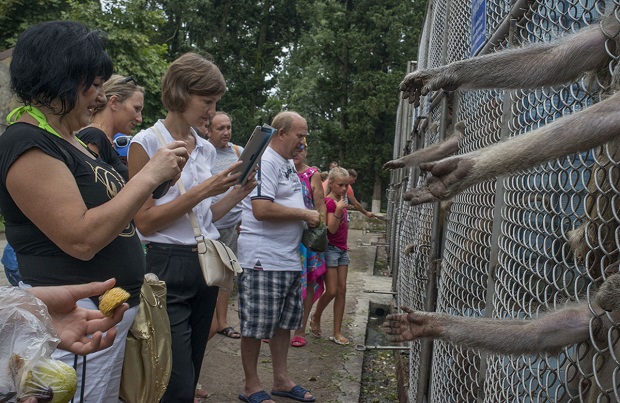 Tourists view and photograph monkeys in cages at the Institute of Experimental Pathology and Therapy in Sukhumi. 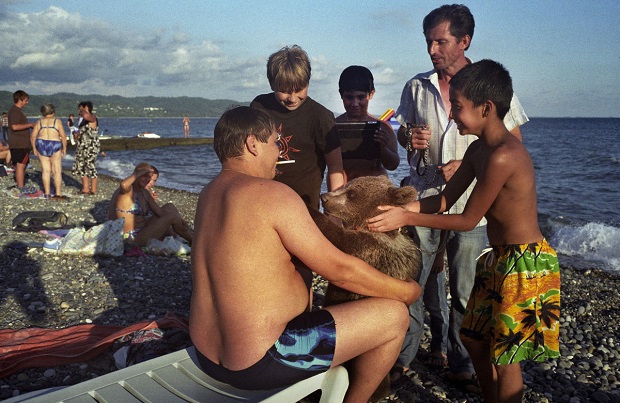 A tourist reacts when he sees a Caucasian bear cub, as a local asks for the equivalent of a few euros to take a picture with him. 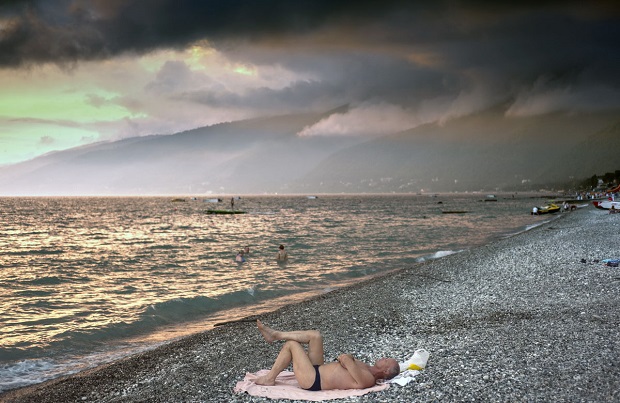 A man in swimming trunks lies on the beach in Gagra. 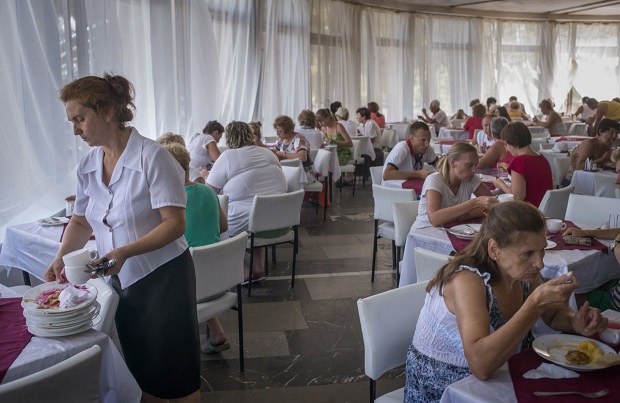 The Gold Fleece canteen in Pitsunda, belonging to Intourist, Pitsunda. 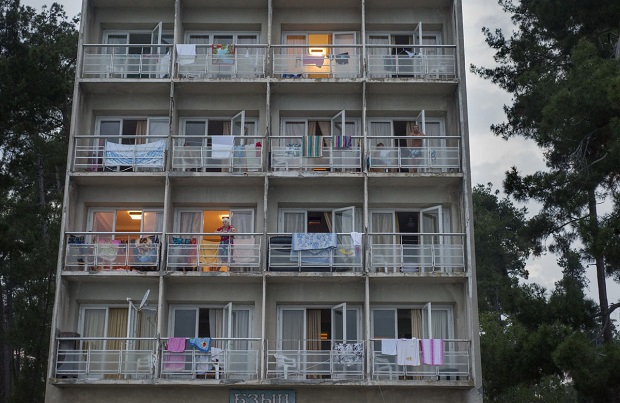 The Gold Fleece hotel in Pitsunda, once famous, belonging to Intourist. 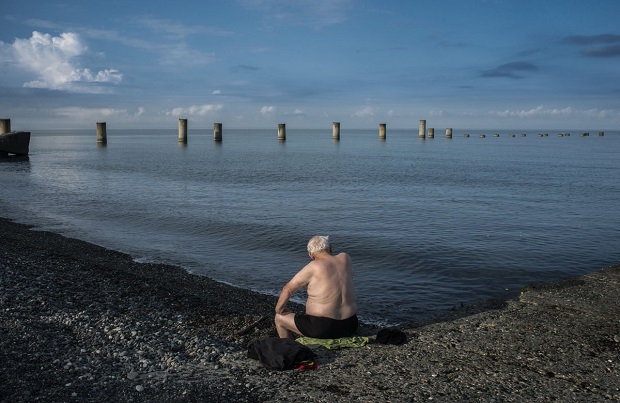 An old man on the beach. In the background are the pillows of a construction destroyed in the ’92-’93 war with Georgia, Ochamcira.