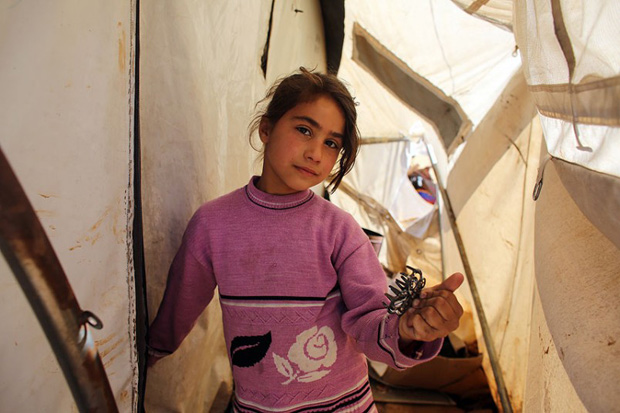 Sarah Abdulwahhab, 10, lives in the encampment’s next tent. Her father was killed by a scud missile. She could not remember his name any more, she said. There is a sense of shock that, despite the games being played outside, runs through the settlement. 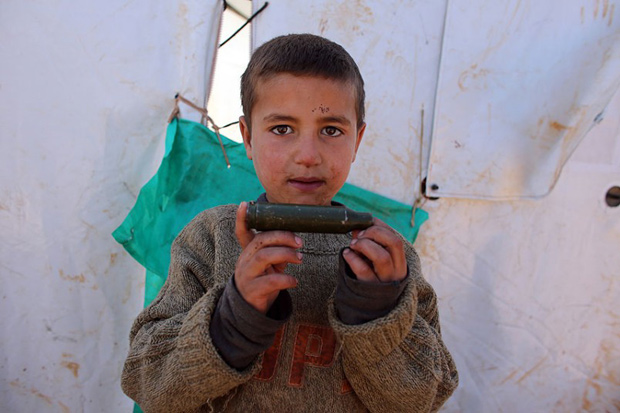 Ahmed Mohammed, 7. In some ways the most startling feature of the camp is that almost two years after it was established there is nothing for anyone, including the children, to do, except to wait more in hope than expectation for the war to end. No classes have been established, there are no toys, no games, not even anywhere to play football safely. Ahmed Mohammed was playing with one of the few ‘toys’ available—the leftover casing of a heavy machine-gun bullet.

Just last week, London-based Telegraph photographer Will Wintercross traveled to the Bab al Salama refugee camp in Syria (located near the Turkish border), and captured portraits of children who have been displaced from their homes in and around the conflict-ridden city of Aleppo. With the help of a Syrian fixer, Wintercross arranged the trip. Of the refugee camp, he tells us: “This is not like other camps I’ve visited, Zaatari, for example, which is well-organized and well-funded. The Bab al Salama camp doesn’t appear to be run by anybody, so access is very easy—too easy. Last month Islamic extremists left a car bomb on the edge of the camp, killing and injuring scores of people.”

Amidst the conditions, “the refugees have done what they can to make their tents as homely as possible, some having been there for as much as two years; but when it rains, a quagmire develops making conditions particularly squalid,” Wintercross says. “The place is suffused with the stench of raw sewage which causes major health problems, especially for the children.”

Wintercross decided to focus on the children refugees, for, as he says they are the ultimate innocents of war. With his fixer translating for him, the photographer approached the children with a few questions to get an idea of their personal story, and then with permission from their parents or guardian, he would take their portrait. Through their faces, Wintercross asks the question, “what have those eyes seen that look back out at the view?” In portraits that unveil a powerlessness in a situation that is far beyond their realm of understanding, in these children we also see a purity and sense of hope that comes from just being a kid.

Wintercross’ portraits also fit into a larger piece he has begun on the children of Syria. 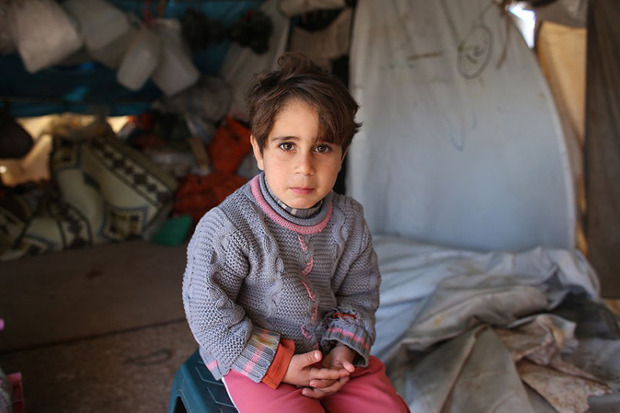 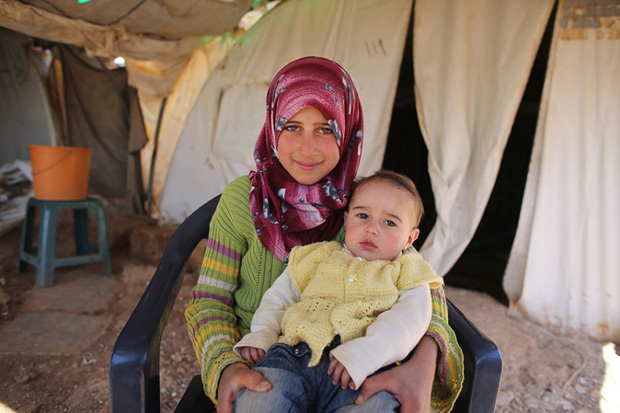 Fatima Nadaf, 13, and her baby cousin Maram, 7 months. Across the Middle East, millions of Palestinians, Somalis and others, have spent their whole lives as refugees. Maram was born in the camp clinic seven months ago. Her mother, Fatima, has been living here for a year and a half. Her husband visits on leave from his fighting brigade in the Free Syrian Army. 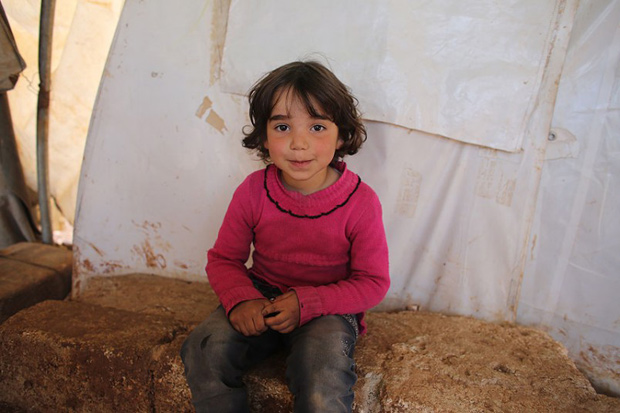 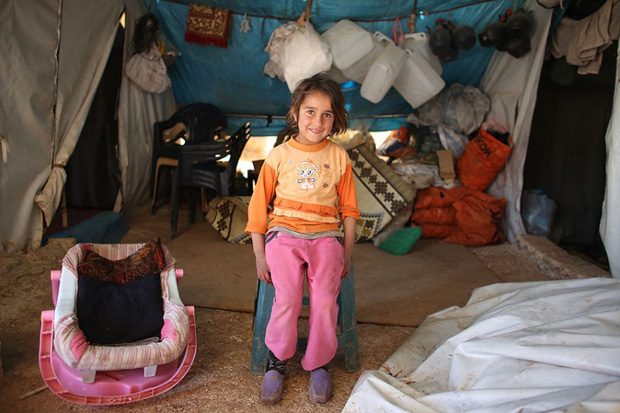 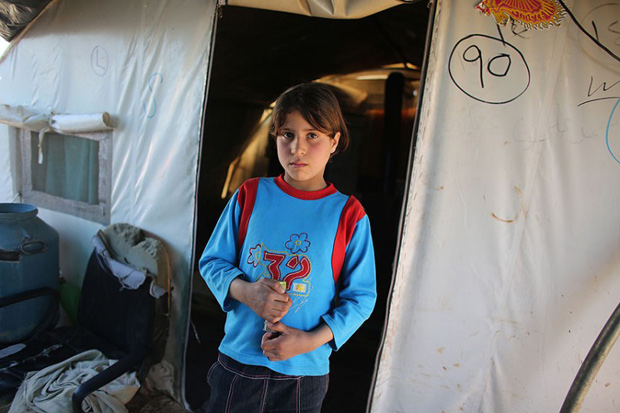 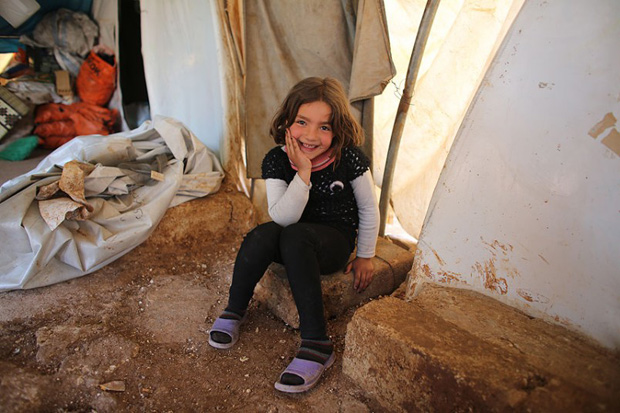 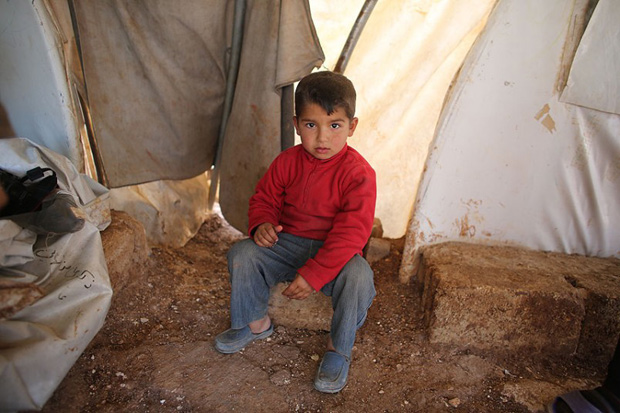 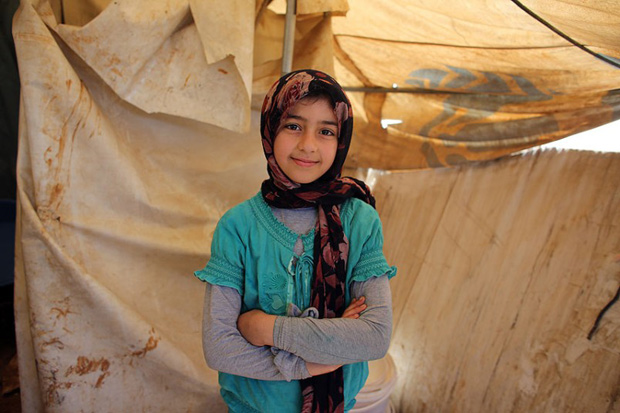 Amina Jamal, 11. The father of Hadid Jamal and Amina Jamal was killed by the regime after being captured, their grandmother said. 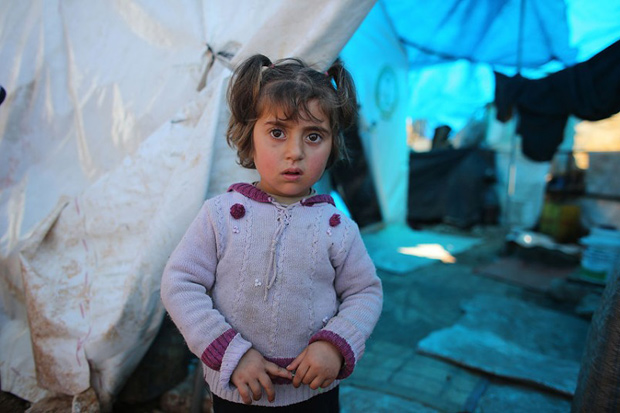 Oula’a Raslan 3. It is hard for parents to maintain any decency of life. ‘Water is the worst thing,’ said Oula’a’s mother, Sanaa, 25, another refugee from the barrel-bombing of Aleppo, who has five children and is expecting another. ‘How can we bathe them? All we have is a basin to fill with water from the stand-pipes.’ Food is provided, but it is of poor quality, she said. 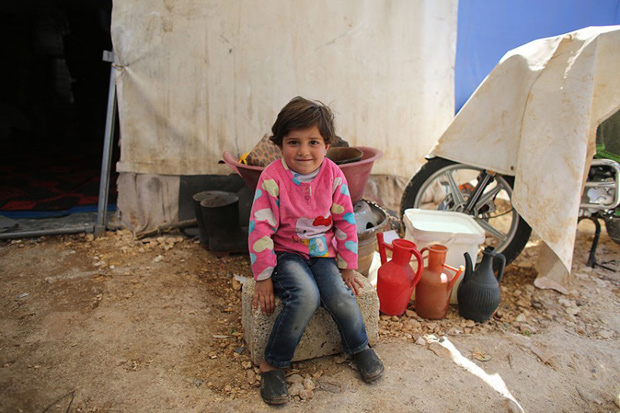 Fatima Hamdu, 4. On February 20, a car bomb, believed to have been left by the renegade Al-Qaeda group the Islamic State of Iraq and al-Sham, exploded near the Hamdus’ cluster of tents. Among the 17 dead was Fatima’s grandfather, Hassan Hamdu, 75. ‘He was sitting reading the Koran when the bomb went off,’ his son, Alaa Hassan Hamdu, 30, said.’They took him to hospital over the border in Kilis, and then to Gaziantep, but he died a week later.’