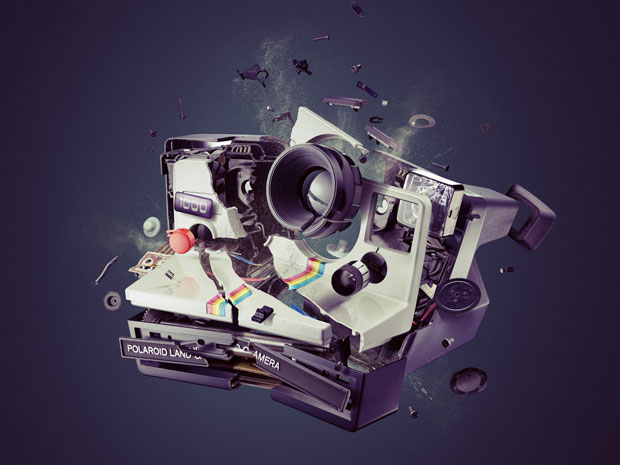 The Polaroid Land Camera 1000 was a consumer camera, launched in 1977 and produced until 1980. It used SX-70 integral film and was available in several models distinguished by the way it focused (fixed, zone-focus, autofocus).

The creative geniuses behind Austrian studio Staudinger + Franke have certainly found a raucous way to discard outdated gadgets in their series The Icons of Technology. A dynamic fusion of photography and post production, these electronic giants are literally detonated from the inside out. Aside from being a joy to look at, each splintering shard freezes a peek into the springs and sprockets that make these antiquities tick. Staudinger + Franke remind us that even today’s must-have technology will soon be obsolete, although we doubt destroying them would be half as satisfying. 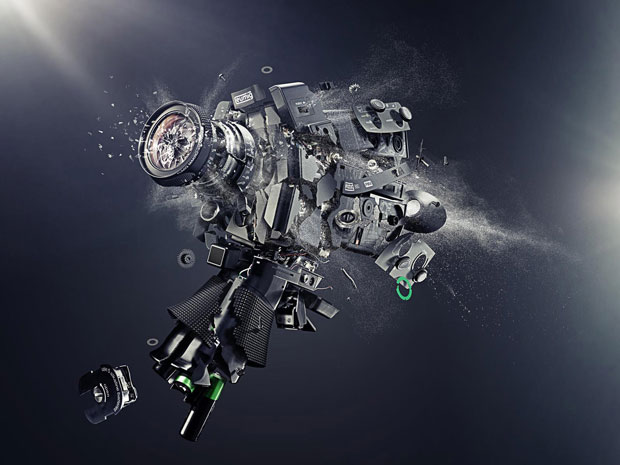 The 880 PMA was an 8mm movie camera produced by the Austrian company Eumig, introduced in 1976. PMA stands for the optional Panorama-Makro-Aspheric wide angle converter, a lens without barrel or fisheye distortion at a focal length of 15mm in the 35mm film standard. This was a worldwide innovation at the time. 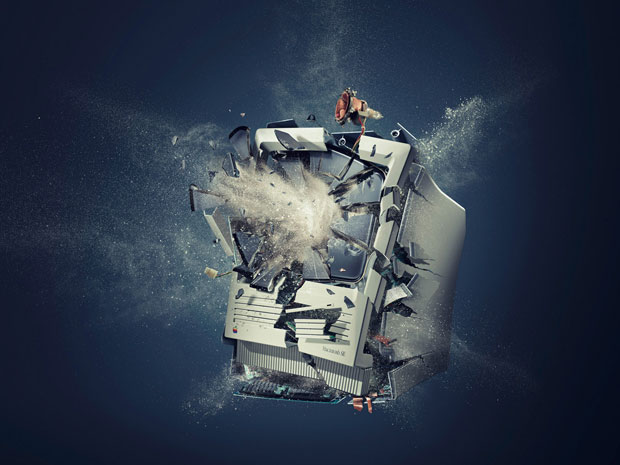 The Mac SE was a popular personal computer introduced in 1987 and produced until 1990. It was the first Apple computer with an internal drive bay for a hard drive.