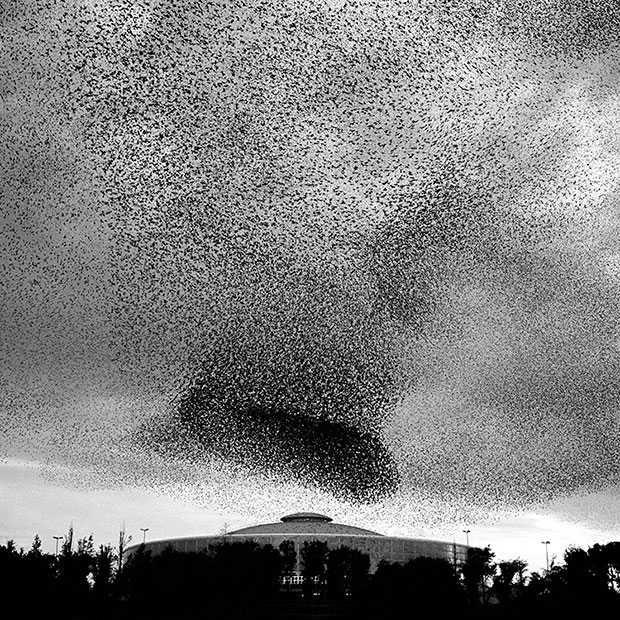 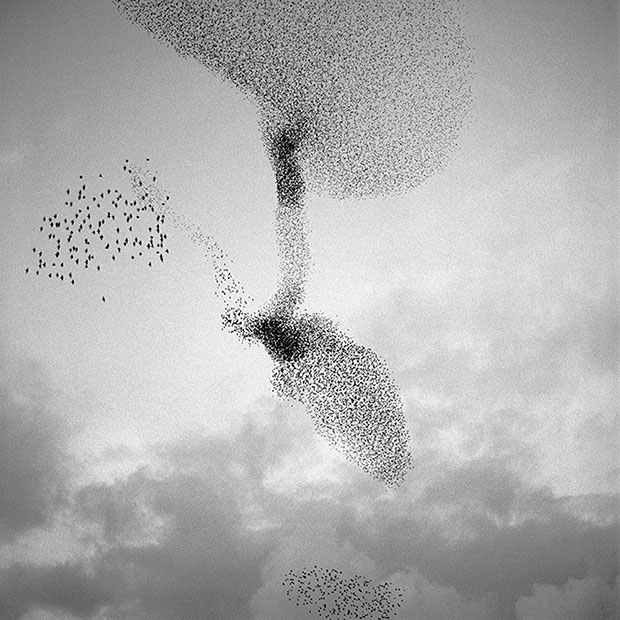 A murmuration of starlings is difficult to understand without seeing it for oneself. Murmur, a series of photographs of this majestic occurrence by NYC-based photographer Richard Barnes, makes it a bit more comprehensible. Barnes was in Rome in 2005 as a winner of the Rome Prize when he witnessed his first murmuration, which was also when he learned of its existence. At the time he was finishing his book Animal Logic, so stumbling upon these birds and their swirling formations in the sky was quite a stroke of luck.

“I was looking across the city of Rome one day in the Fall, and I happened to notice this smudge on the sky that was moving slowly towards us,” Barnes recalls. He learned that up to 100,000 starlings fly into the city every year in winter. They feed in the countryside during the day and at night they come into the city to roost. Each night, “they do this amazing aerial display before they roost. I found one of the better places in Rome where this occurred, and I would go each evening to photograph.” That science can still not explain precisely how these birds are able to fly in such intricate arrangements only makes these images that much more magical.

Barnes’ work is on view at NYC’s Foley Gallery through February 23rd, as well as at the Museum of Contemporary Art Detroit through May 4th, 2014. 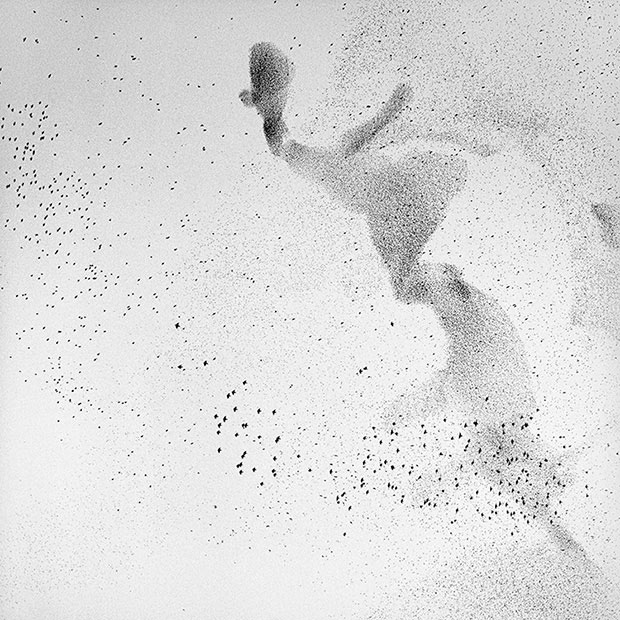 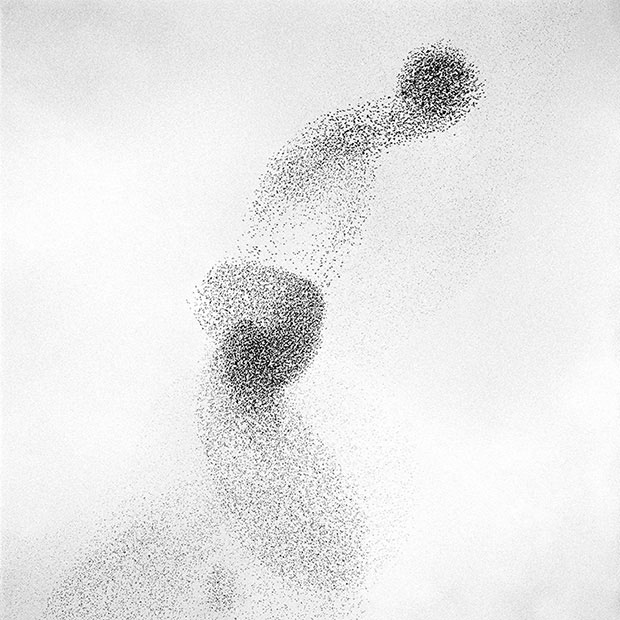 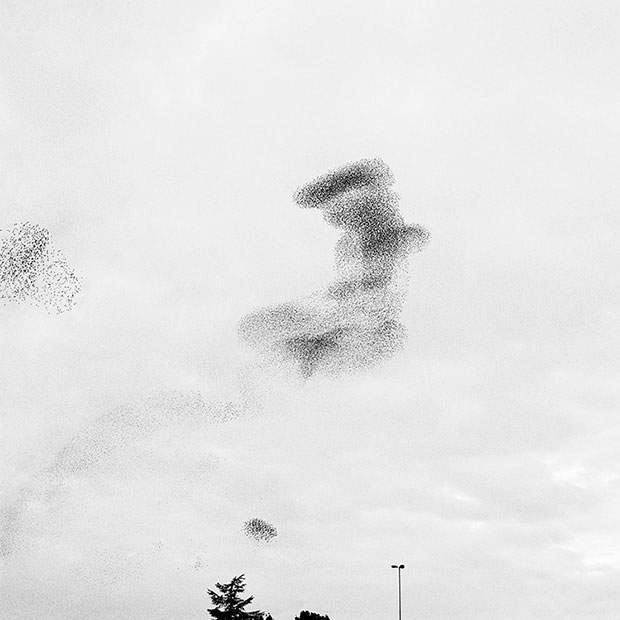 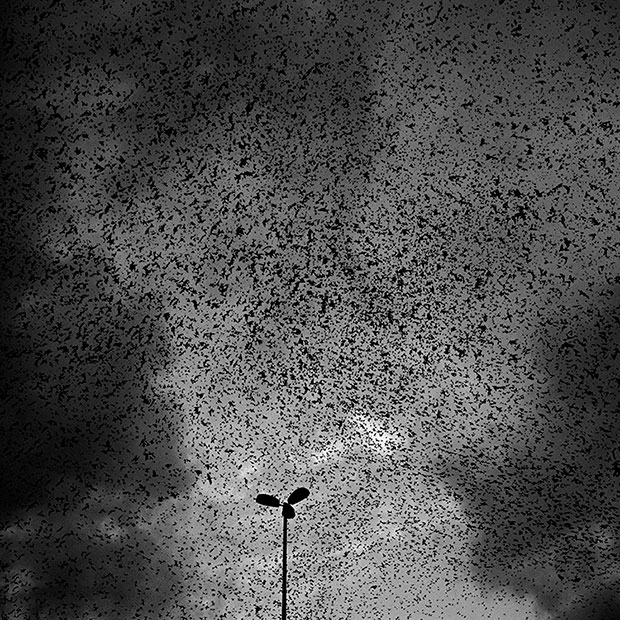