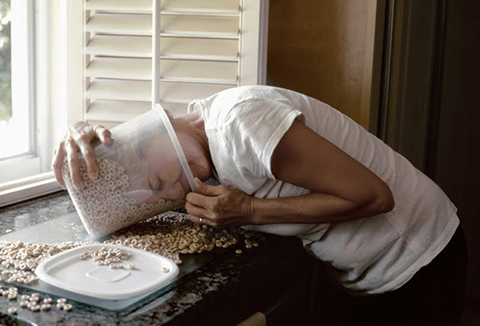 San Francisco-based photographer Lee Materazzi has put together a quirky and unique series of what she calls “disrupted domestic acts.” The work is a collaboration with Materazzi’s own mother, the two of them taking turns as both subject and photographer as they perform messy—and it looks as though at times, uncomfortable—interpretations of mundane, everyday tasks. We recently asked Materazzi to tell us more about the project and the experience of working with her mother. 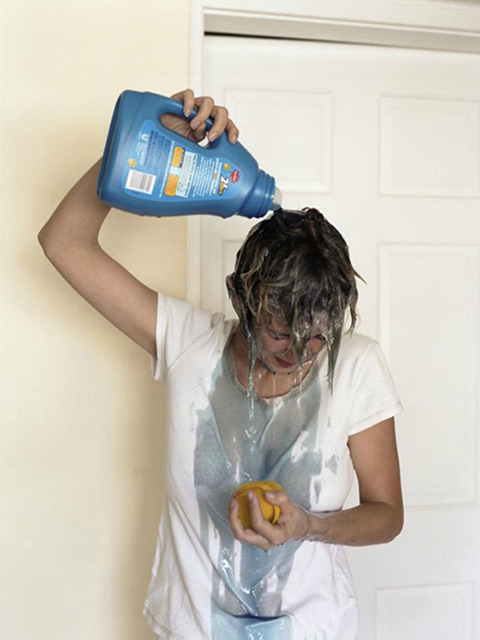 How did you come up with ideas shots you wanted to capture in the series?
“The photographs were very collaborative, both in the conception and execution. All of the works started with a vague idea of what we were interested in portraying, and developed in their own particular way. For example, I was shopping in a home store with my friend’s son and we were playing around in the aisle with clothes hangers. I was trying to get his attention so I sandwiched my face into a pant hanger (which was surprisingly painful but successful in making him laugh). This is where I got the idea to perform such an action in one of the photographs. When it came time to shoot the picture my mother took on the role of documenting the action and had her own ideas about how it should be portrayed.

“The play between the two of us is really what evoked experimentation. My mother definitely took a lot of pride in being the subject for the messier, more challenging pieces such as making a birthday cake out of her face. She would always do something to make me laugh and that would really help to shape the work. I suppose when I think back to my childhood, my mother always had the personality of being serious and somewhat strict, but at the same time silly and rebellious. I think that this same balance comes through in the work.” 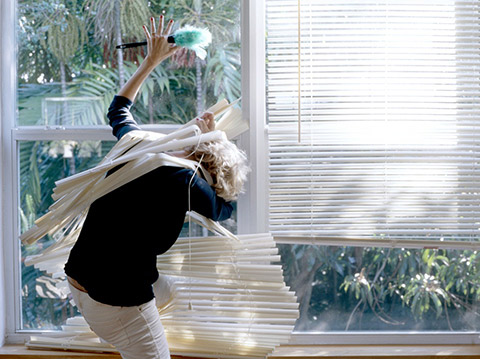 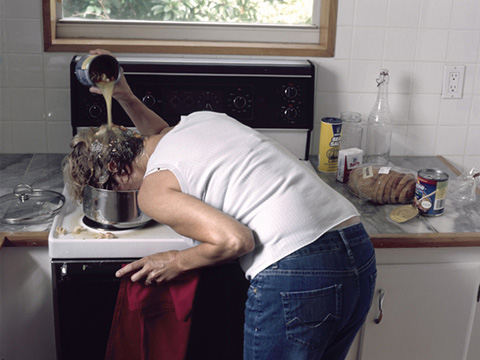 Tell us about the collaboration with your mother. How did you decide to switch roles between photographer and subject?
“I had photographed my mother in a lot of my work and thought it may be a good idea to put myself into the role of the subject, as the actions can be quite strenuous and messy. Also, my mother was a commercial photographer when she was younger and always criticized my photography from a technical standpoint because I never received any formal training.

“So, I thought perfect, she can be the photographer and I can be the subject. I don’t recall the exact moment when these roles switched. It may have been one of us challenging the role of the other—for example, my mother insisting that she could do a better job of pouring chicken noodle soup on her head. It then made perfect sense for the work to be an exchange between my mother and I.” 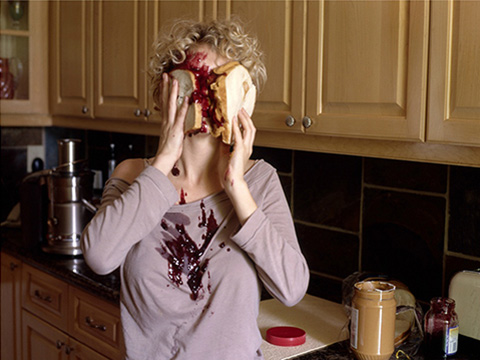 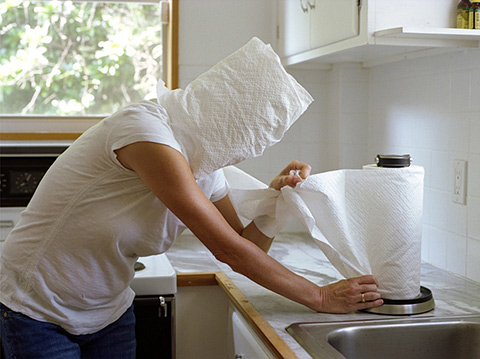 Any funny moments while making the work?
“It was kind of funny that after spraying orange soda on my face it remained orange for a few days (we actually ended up shooting this piece three times, so my face was orange for a while). It was also pretty funny that after sticking my mother’s head into the Tupperware of Cheerios that her nose was crooked for a few hours. All dark humor I suppose.” 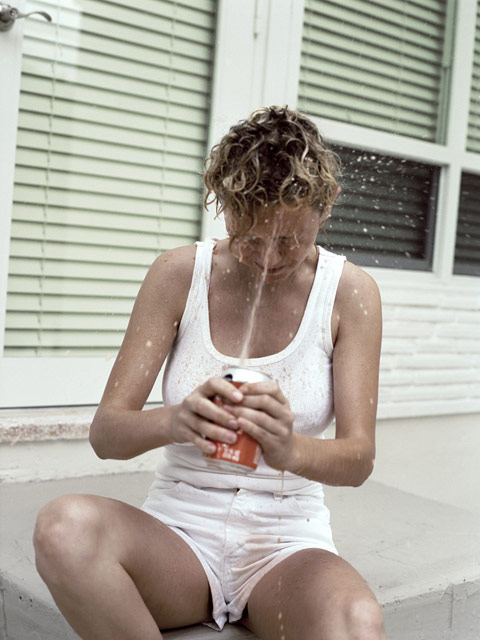 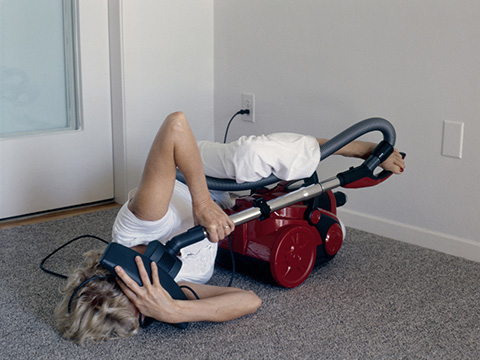 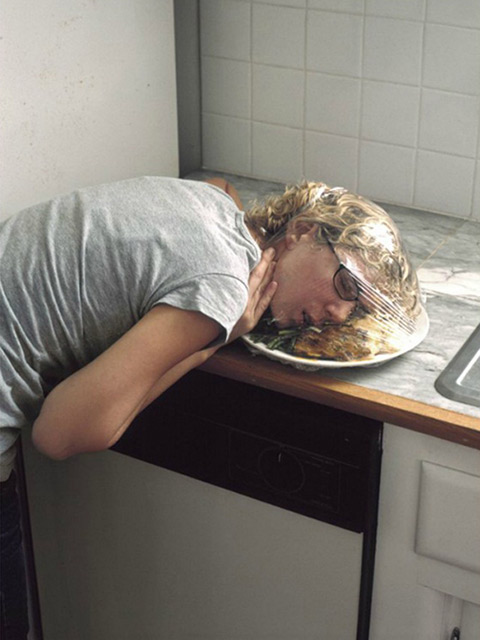