Serpents, Religion, and Roots: Captivating Images from the South 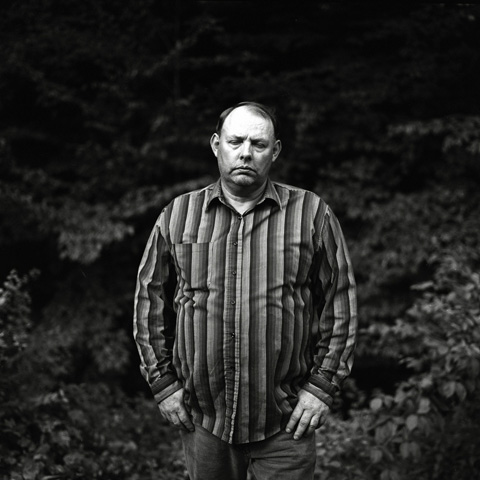 With Signs Following is a documentary film by Virginia-based photographer Kate Fowler that follows one of the last known snake handling churches in West Virginia. The star of the piece, so to speak, is the church’s charismatic pastor, Mack Wolford. Since the making of this film much has changed on and off screen, including the passing of Pastor Wolford. The images that surround the rest of Fowler’s work from this and her other series, My Secret South, are inextricably linked to her Southern roots. We recently spoke at length with Fowler about the making of this documentary, and of the many ways in which the South is forever manifesting itself in her daily practice. 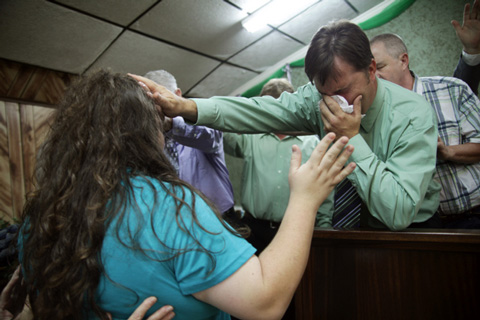 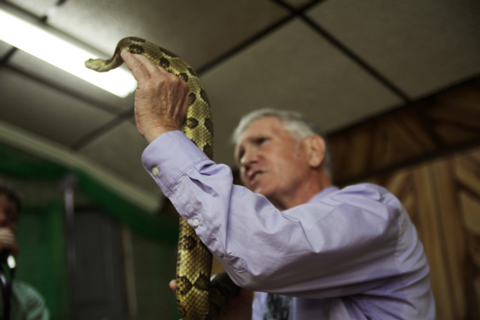 Regarding With Signs Following, what is this little-known religion that Mack Wolford practices? What role does the snake play?
“With Signs Following is a documentary film that follows Randy ‘Mack’ Wolford, a Pentecostal Holiness preacher based in Bluefield, West Virginia. His faith is partially based on a passage in the King James Version of the bible (Mark 16; 17-18), which states, “These signs shall follow them that believe; In my name shall they cast out devils; they shall speak with new tongues; they shall take up serpents; and if they drink any deadly thing, it shall not hurt them; they shall lay hands on the sick, and they shall recover.” Serpent handling is a facet of his faith, although its role is often exaggerated through journalistic depictions because of its obviously sensational nature.” 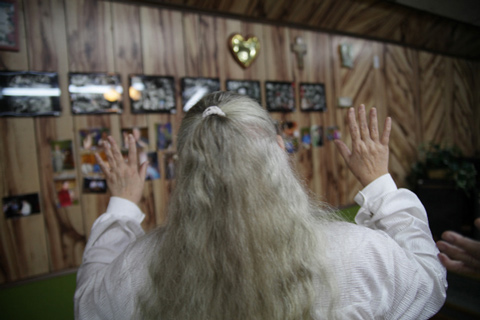 How did making this documentary affect you? Did it alter your relationship with any religion that you might practice?
“I began the production of With Signs Following during the junior year of my undergraduate studies—which is to say that I went into it with a complete lack of both experience and deep consideration. The process of creating the film completely challenged my philosophical and moral understanding of representation, and caused me to sincerely question my role in what I see as an often unethical, consumerist and manipulative field.

“Mid-way through production, Pastor Wolford died from a serpent bite. Although I was not in attendance at his final service, or during his last hours, there were several other journalists present. Not to throw anyone under the proverbial bus, but the decisions made by one major media-outlet photographer shook my desire to contribute to the news industry. It was my awareness of her relationship with Pastor Wolford and his family, and the many ways that it mirrored my own, which made me question myself.

“It’s crazy, but the popularity of our trailer skyrocketed after his death, and I recognized how easily ‘good’ people can become de-sensitized in a field that chases tragedy. Aside from the series of articles created by this journalist, there were dozens of other poorly researched pieces which only served to remark on the spectacle of his faith and the “Darwinian” nature of his death. These pieces weren’t created in celebration of diversity, or even under the thin veil of cultural anthropology, but instead as an Entertainment section highlight.

“The experiences in Mack’s church were incredible, and I found myself deeply moved and in awe of the vastness of faith and love that I witnessed, but it never inspired religious faith.” 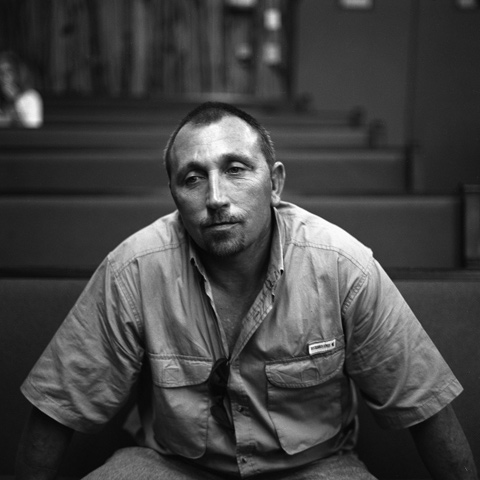 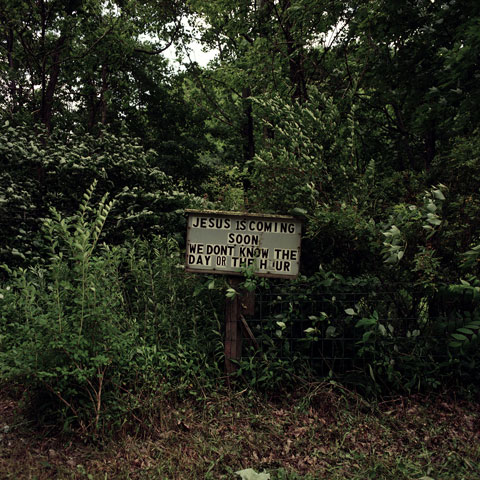 My Secret South is very quiet, dreamy, peaceful. Is this because of the state of mind you were in when making the work? Examining one’s history and hometown is never easy, did you have aims when you set out to photograph your home?
“My Secret South was my first project. I began making those pictures when I was 18 and the entire process was somewhat magical for me. Honestly, I had no idea how to use my new medium format camera, guessed on all of the exposures and hand-processed the film in my dusty and disgusting basement in Richmond. When images appeared, I was amazed. Growing up in Virginia, I lacked the perspective needed to appreciate and critique my home state. It was only after I lived in Finland for several months that I began to find myself longing for the intangible expressions of the South.

“The United States is such a relatively young country, and I feel that as an American I’ve participated in this sort of desperate grappling for heritage and identity. Living abroad forced me to finally acknowledge myself as part of this ‘Southern’ lineage, which I had adamantly rejected for so long. That body of work was pieced together in Finland, as I dreamed of the diversity, roughness, nostalgia and history of my home.” 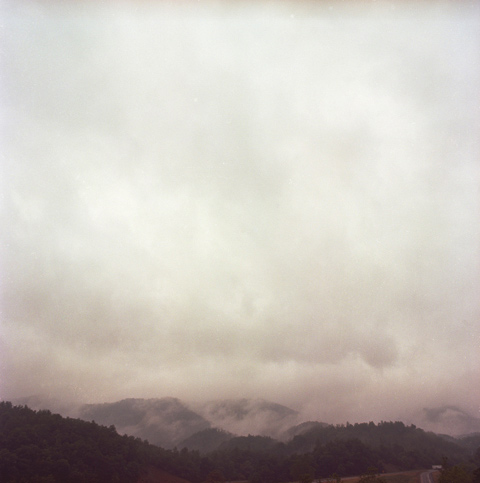 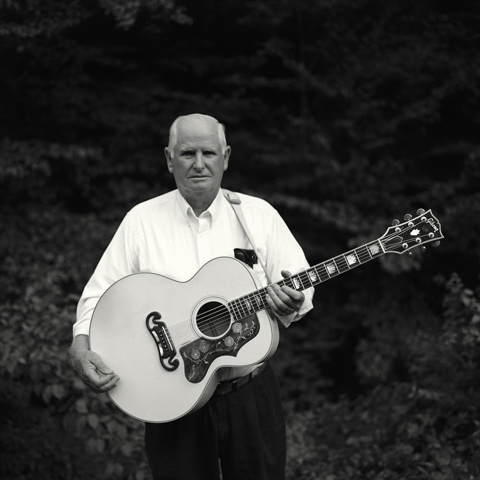 How would you like the South to be seen?
“Representing the South is complex, and I’m fully aware that my work is but one small voice in the broad discussion of it’s tragic and at times triumphant history. There has been so much growth and, for lack of a better word, progress. But a quick glimpse at the statues towering over Richmond’s Monument Avenue (Robert E. Lee, Jefferson Davis, Stonewall Jackson), or a trip through its graveyards reminds me that I’m living in a city that is struggling through a profound identity crisis.

“Driving past the Virginia Museum of Fine Arts I’ve often been struck by the sight of people waving Confederate flags, in a protest against the removal of one from a historic church on the property. After my initial repulsion from what I’ve regarded as a symbol of shame, I decided to speak with the ‘flaggers’. I was surprised to find that many of them simply want history to remain intact—to not gloss over the parts which make us uncomfortable, to acknowledge ancestors who died under that flag, and to explore our history with a critical and open mind. This is not to say I support their effort, but I do recognize the complexity that makes this an intensely volatile and tenuous place, and it moves me.” 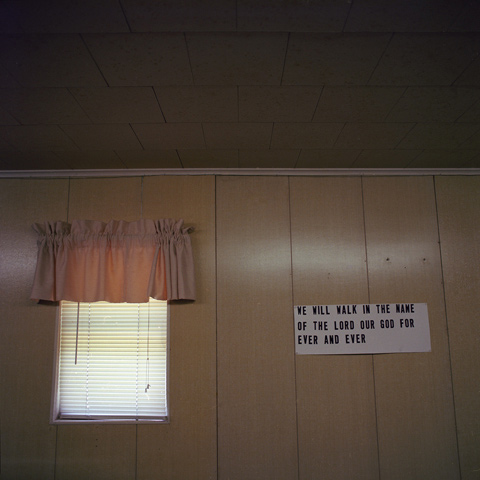 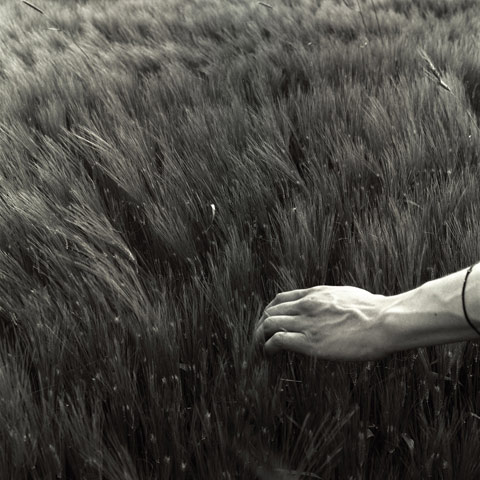 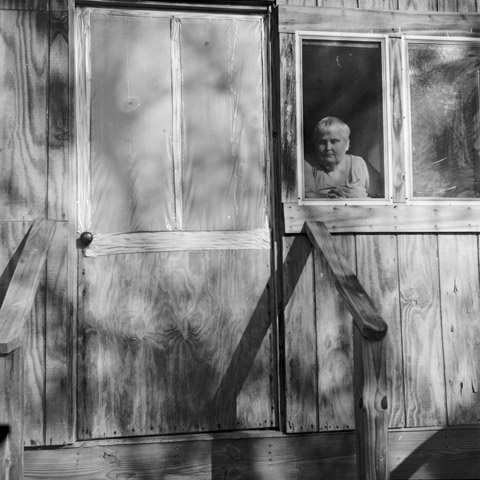