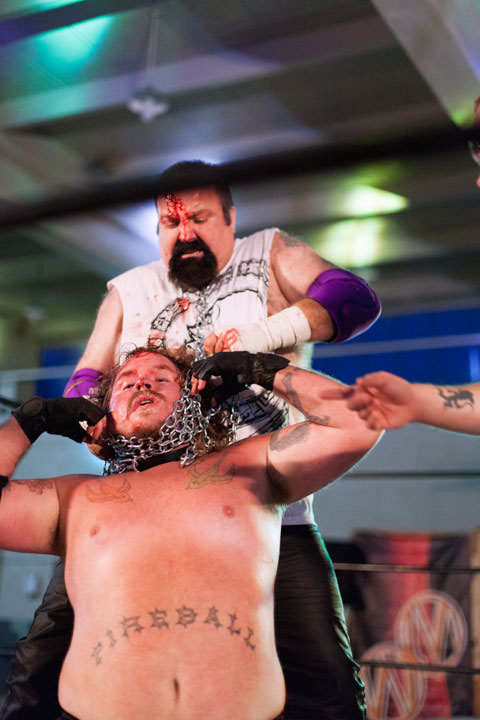 North Carolina-based photographer Aaron Canipe’s series Saturday Fight Night does not cater to any sense of blood lust nor is it over sensationalistic. Instead it’s a raw look into local, amateur wrestling matches in and around Hickory, North Carolina—ample grit and intrigue supplied. Canipe recently shed a bit of light on his nascent project. 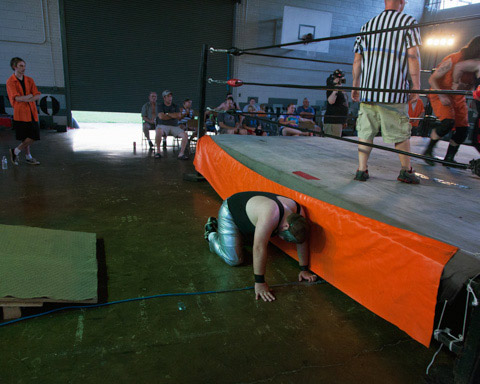 Can you describe in detail what Saturday Fight Night is about?
“The prize is hometown glory and rules are secondary and don’t get in the way. It’s also about my own interpretation of the biblical story of Jacob wrestling with an angel from the Old Testament. We got into this particular story in depth in my bible history class in high school and it didn’t leave my mind. On one hand it’s about this hidden spectacle within a small southern town, and on another it’s about masculinity, humility, and the interventions of harsh grace, in my eyes. It’s cheaper than a movie and it’s the most fun you can have on a Saturday night in Catawba County.” 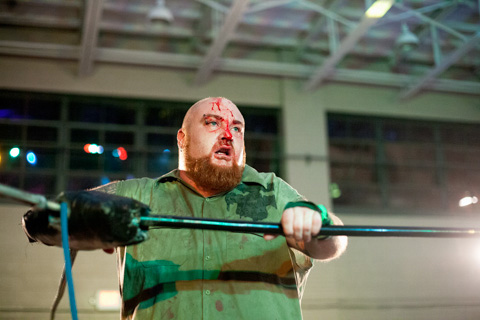 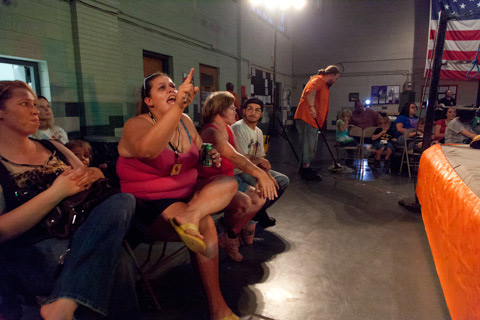 What drew you to the fights? How does it differ visually from other fighting matches?
“Seeing these little signs that dot the highways around my hometown of Hickory drew me to the fights. I drove by them all the time and these signs promised cage matches, caskets, costumes, and an opportunity for audience members to bring their own weapons. Like most of my other photography, I’m always interested in peering just around corners and side streets, just out of plain view. These matches had been going on for years, I just had never peered into its arena. I didn’t grow up watching too much wrestling, but I feel the amateur federations allow the fighters to be more of the character they want to be while the audience forms their own narratives and heroes.” 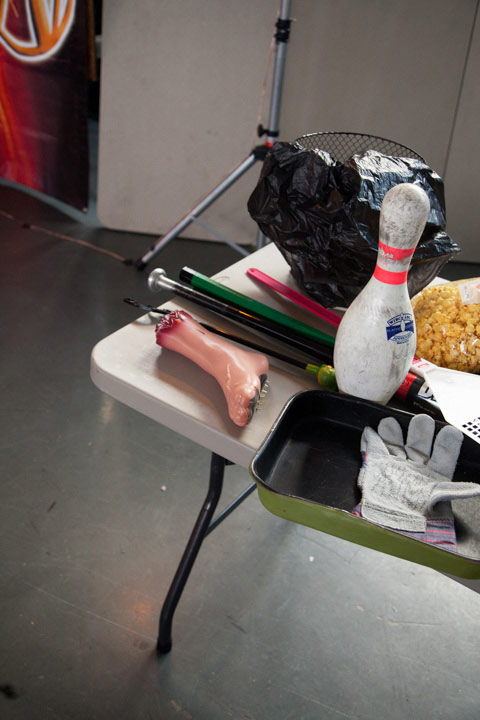 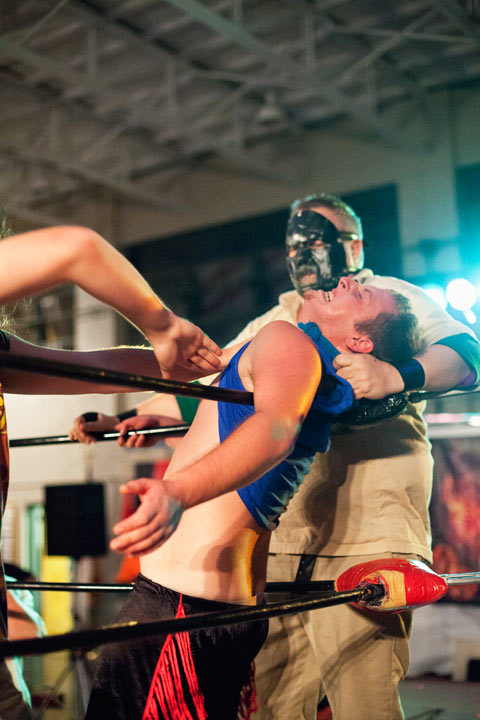 How has photographing fight nights affected you?
“With each photographic project I take on, or with each frame I take, I always try and push myself because that creates growth. Saturday Fight Night helped me step out of my comfort zone and do something I’d never done before, but had wanted to experience. It’s brutal and I kept one eye through the viewfinder and one eye over the camera body in case a couple fighters wanted to take things outside the ring. It’s a kind of choreography in the way a man might rip open a can of Diet Coke with his teeth at any moment, or the way a chain dances around another man’s neck with these hot lights bleeding out heat. I like to think it made me a little bolder with my camera where I might otherwise be shy, and it expanded my photographic scope where it otherwise might be narrow. It helped me find grace in the most intimidating of spaces.” 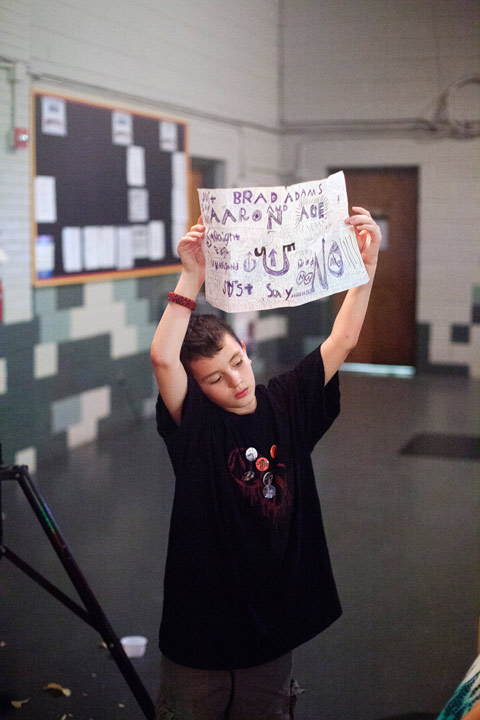 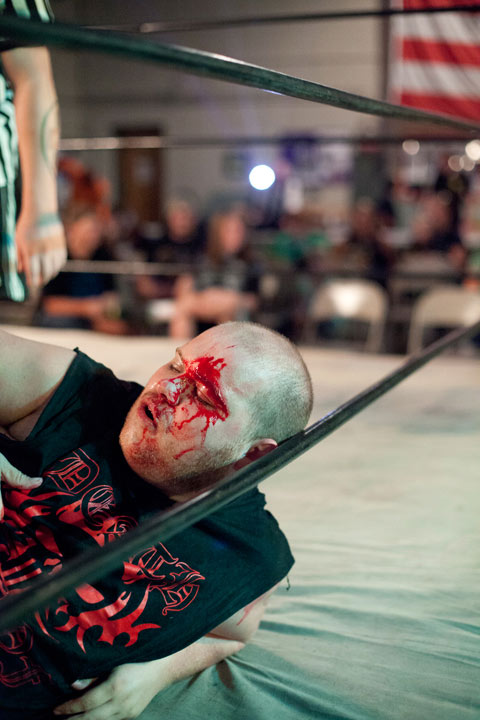