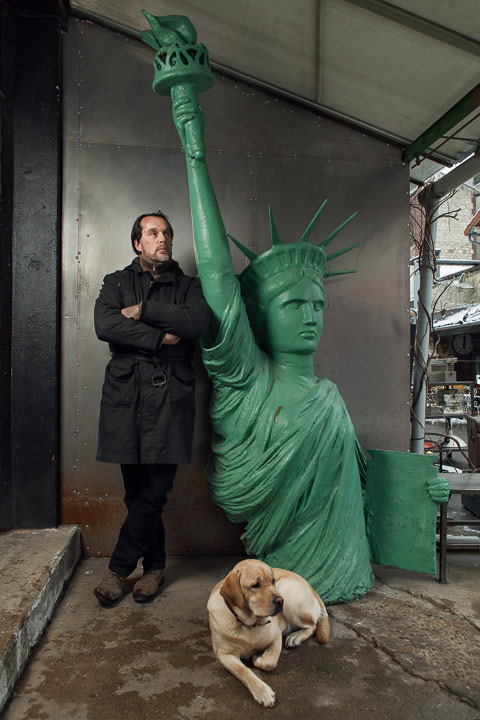 “I like to buy pieces like this, which nobody needs. Nobody needs to have the Statue of Liberty at home, but maybe there is one person who would like to have one at his place. That’s why I bought it. I sold this statue to a friend who lives in Switzerland. He put it in his living room on the staircase, because he liked the symbol. On the contrary, his wife is not very happy about it. He likes the Statue, but she doesn’t. She did not know that he would bring the Statue home, as he was alone when he bought it.”—Eric

Marché aux Puces de Saint-Ouen, located in the suburbs of Paris, is the largest and one of the oldest flea markets in the world. It is said, that the expression “flea market” itself originates from here. It is a conglomerate of 14 smaller markets, each with its own features and speciality. It is a part of the cultural and historical heritage of France and a place of great touristic interest. Most importantly, it is a sophisticated social organism, a vast community of people who are passionate about their very special craft.—Andrew C. Kovalev

Russian photographer Andrew C. Kovalev has been capturing the people of Paris for years. His most recent exploration is the faces and fascinations of one of the world’s oldest flea markets, Marché aux Puces de Saint-Ouen. Kovalev’s series peeks under the drooping eaves and awnings to reveal the fabulous discoveries and personal stories of each vendor. The portraits are filled with a certain dignity and charisma, further illuminated under the glow of Kovalev’s keen eye. With the Parisian skyline invisible but ever-present, Kovalev’s images have curiosity abounding in every corner, filled with both treasures and characters truly unforgettable. 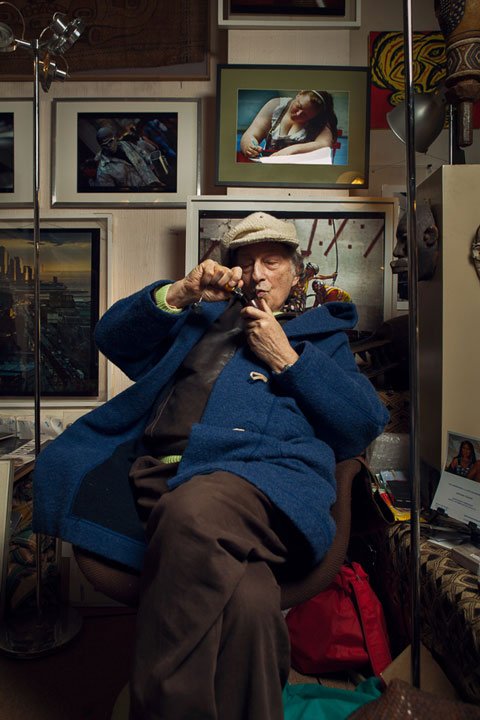 “It seems to me that nowadays very few people are interested. There is a lack of interest and a curiosity for non-classical, uncommon objects. That is really sad for the flea market. What should drive people to the flea market is the unexpected, to be surprised by an object.”—Edward 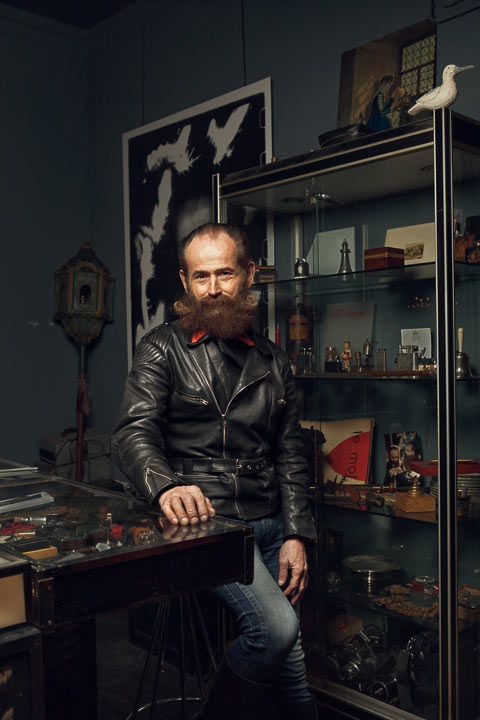 “In Auvergne, all my grandmothers used to have attics full of junk, so I’ve always liked old things. At a certain point people started to get rid of things from their basements and attics. At that time I had a little student job distributing flyers. One day in the 17th arrondissement I found a curtain holder made of gilded bronze which was very beautiful. I dragged it all day in my flyers bag, and three weeks later I proposed it in the Swiss village. One person offered me 800 francs. My daily pay for the whole day of flyers distribution was just 50 euro.”—Alain 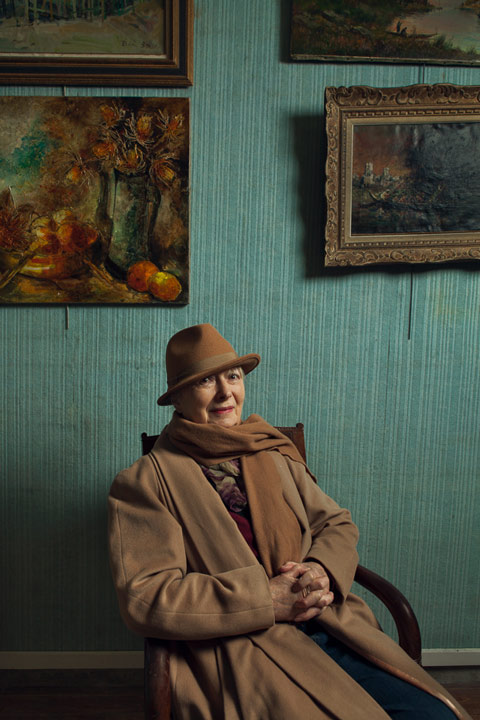 “I love history. It is through history that I got involved with old things. But it is not only that, it is also individuals’ life history. My parents always had old furniture. There are always objects that will disappear, for instance silverware. Silver is beautiful but you need to maintain it. Before, all families had silver, or at least plated silver, forks, spoons etc…this is now over.”—Simone 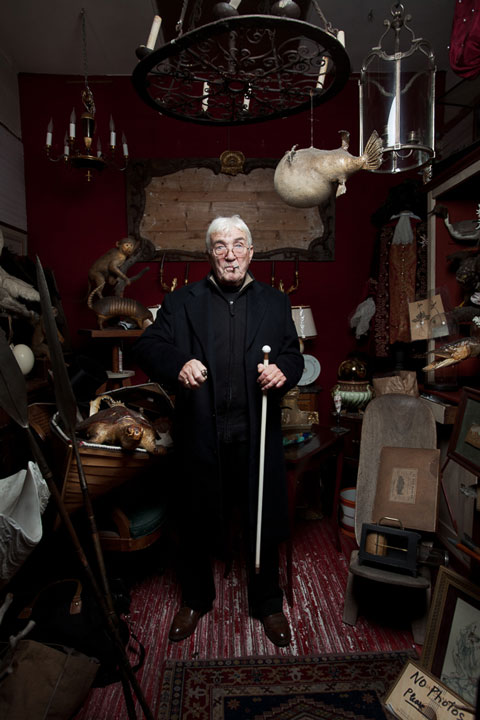 “If it is clever, it can be sold, if it is stupid, it stays. An object which was manufactured in millions of copies—every concierge in every house has one of these—there is no interest in it. Only an object that arouses curiosity and catches the eye is what I call a ‘clever object’.”—Alain 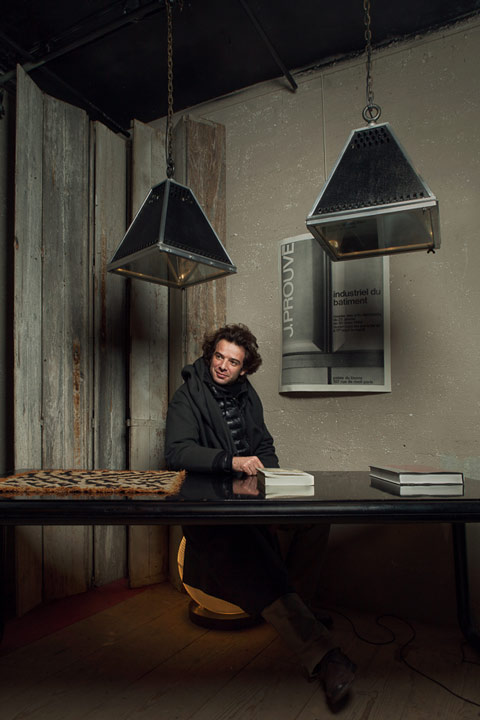 “My mother together with Gilles Oudin started the fashion for industrial style. They took objects that were ignored and made them popular. All the industrial lighting: lampe Gras, Jielde lamps, etc. They made popular metallic workshop chairs, which people had not even noticed before. Industrial objects have traces of time on them, traces of being used. You can see effects of time on their surface.”—Antoine 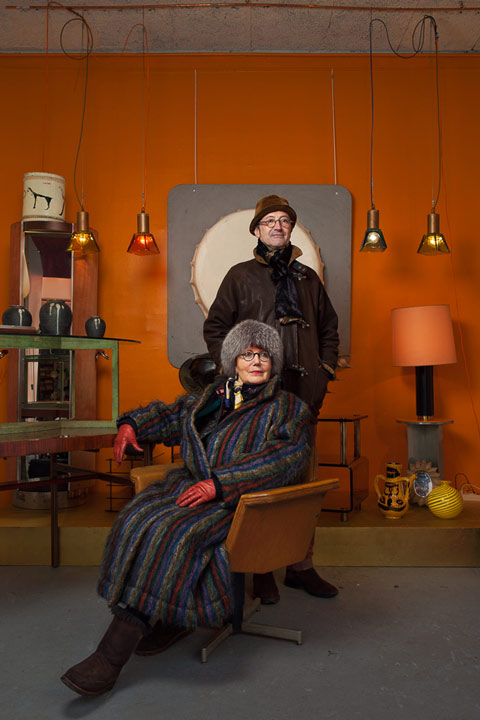 “We are searching for objects together, it takes the most of our week. We work on the selection, mostly curiosities, uncommon items. The fashion today is to look for signed objects, but we are not purely focused on that.”—Franck & Louise 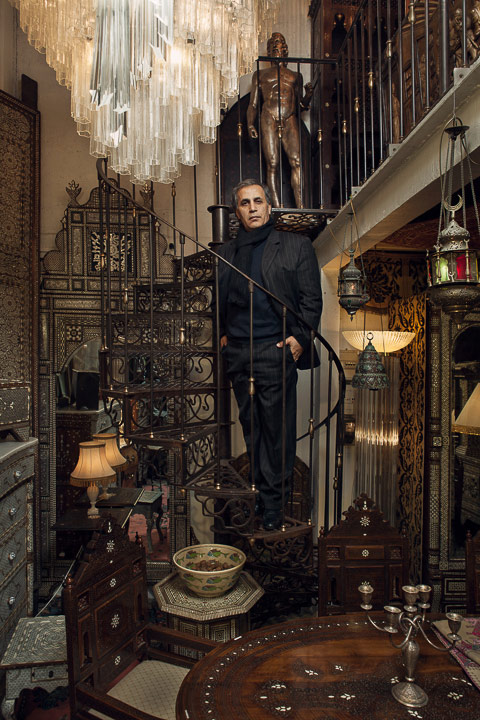 “We choose the best items in countries that once used to be Persia. We sell 80% of these items for export. We have no competitors in Europe, as we are the only ones to have so many antiques from Syria. What we sell is different from what people are accustomed to seeing. We (re)present an art that people do not know well. Modern decor is a mixture of different cultures. French culture is a part of another big culture, which is also very rich. That’s why in our shop we also offer French objects, which serve as complements to oriental objects.”—Amir 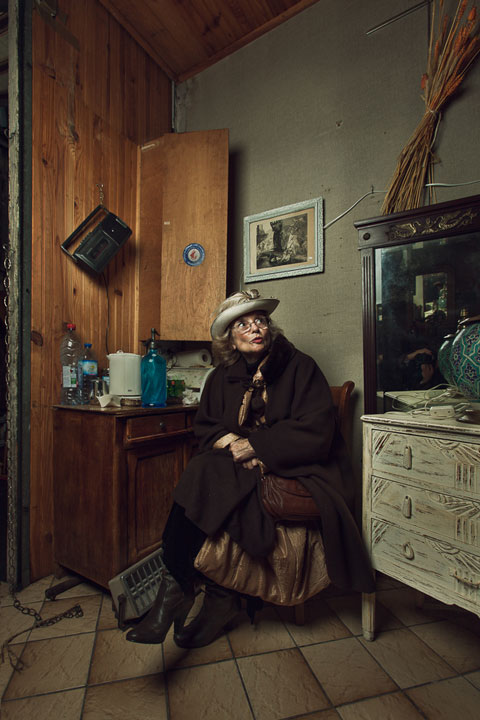 “When I started, antiquities were fashionable, they were in great demand; but it’s also by interest, by passion for antiquities that I started the job. My grandfather was already a collector.”—Lily 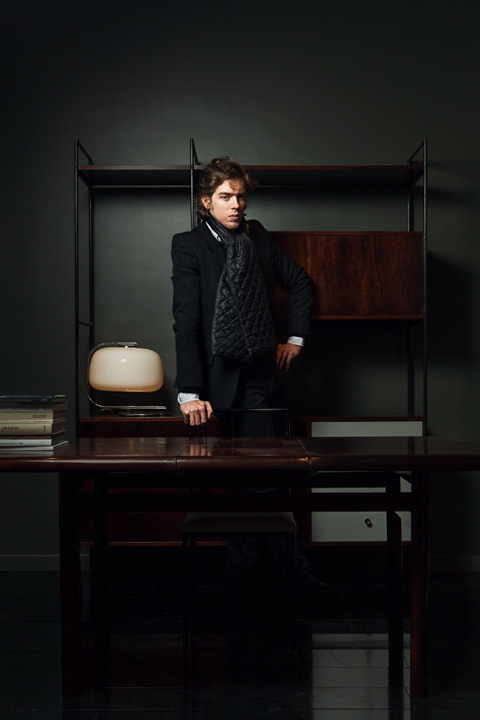 “Luxury goods markets are never in crisis. Hermes has 30% growth each year. The larger luxury brands never sold that much. Ferrari never sold that many cars. And I am in this segment. It is not that I am not suffering the crisis, but there are still people who have money. And, after all, it is a matter of being smart. It is when you are able to offer outstanding objects that nobody else has. People who know design, they have seen a lot. And I show them something that they have never seen. I provoke their interest.”—Paul 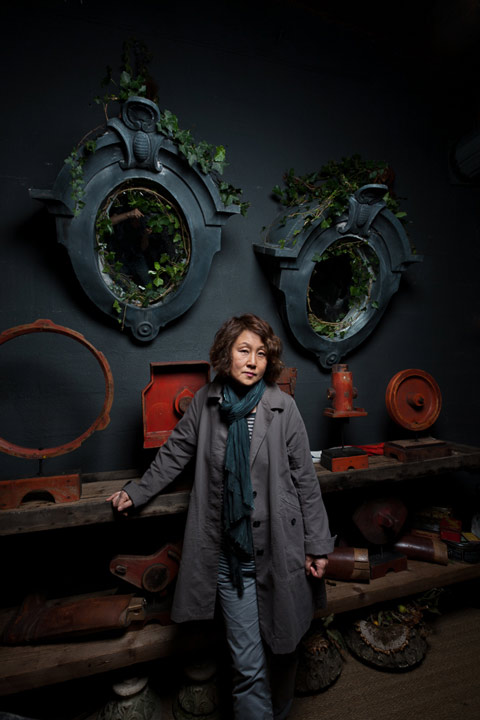 “Everything is ephemeral. We won’t be here forever, we will turn into ashes. It’s not only about buying objects. When we go traveling to look for objects, we think about many things. What is life truly about? You can ask yourself lots of questions. People want to buy everything, to possess objects. But does it really have a point? We all end up being nothing.”—Grace