Photos From an East Village, NYC Squatter Community in the 90s 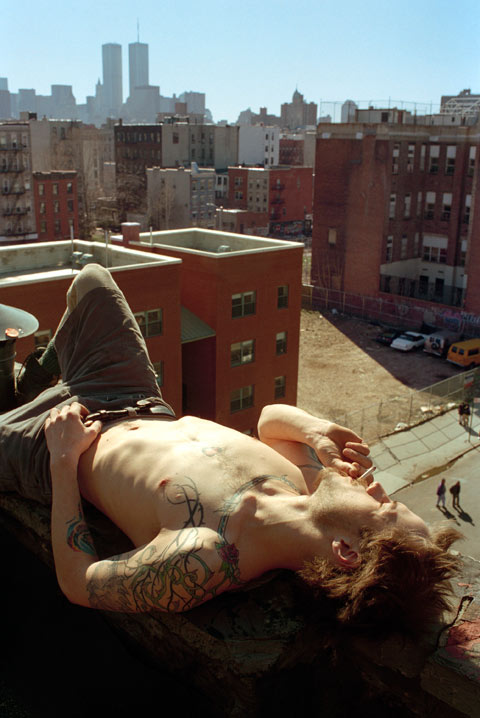 Towers
1998 Serenity Squat
Mattie taking a smoke break on a work day. The view is looks towards downtown from the roof of Serenity House. At that time, there were abandoned buildings and empty lots speckling the Lower East Side.

I am not a journalist or a documentarian. I am not objective. This body of work is not representative of the diversity in the various squatter and homesteading communities throughout New York. Rather, it represents the people who made up my personal community. They were my particular tribe and this is my story. — Ash Thayer

Like many young people from rural parts of the United States, photographer Ash Thayer arrived in New York City in the mid 1990s to attend art school and pursue her dreams. However after a period of scraping by on part-time work and full-time education, Thayer lost her Brooklyn apartment and sought refuge in a “squat” offered by a friend. Thus began the Tennessee artist’s documentation of the community that welcomed her with open arms. In her series This Land, the images speak not of hard times or vagabonds, but a company of builders and innovators seeking to create a home from remnants long abandoned. The work weaves a tale of the city and the freedom that can come when living simply and “helping thy neighbor” truly come into play. Thayer’s self-proclaimed lack of objectivity is exactly what allows us to perceive rather than observe, the city of New York transforming into a familial place of rest and endless possibility in a world once forsaken. 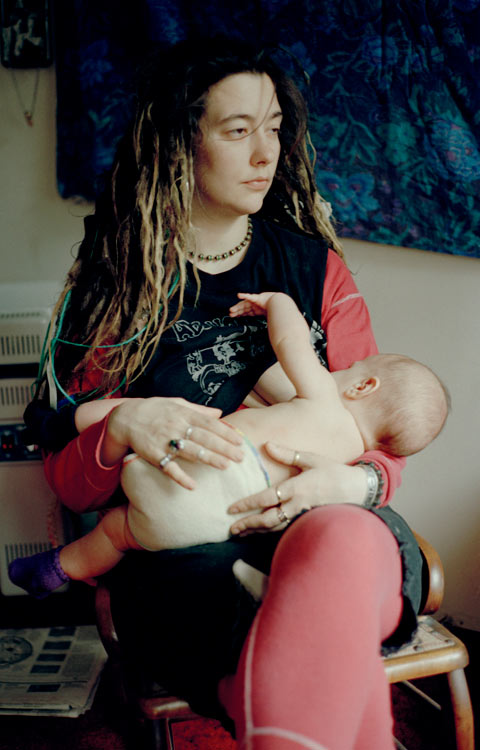 Feeding Baby
1997 7th St. Squat
This is “Famous” feeding her baby in her newly finished apartment. Just a year before this photo, the apartment was a plywood and brick shell. I watched her jackhammer a window hole into the east-facing wall while pregnant. 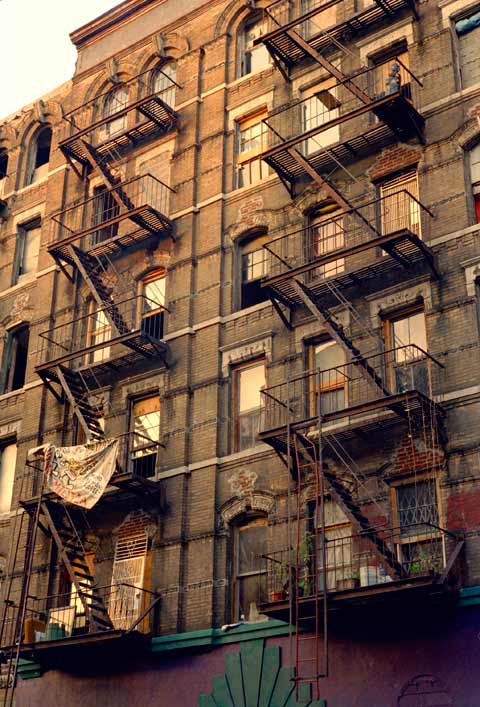 5th Street Front.
1995 5th St. Squat
This is the front of the building in the late afternoon. 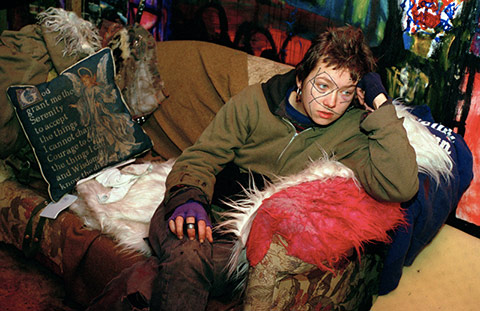 Serenity Prayer Pillow
1995 C Squat
One of the most interesting aspects of these buildings was the way the residents would design and decorate with limited resources, unlimited imagination, and very little rules. 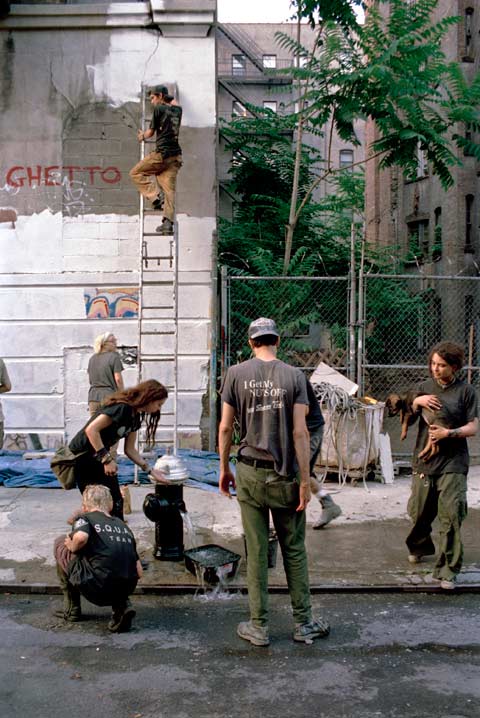 Ghetto
1994 5th St. Squat
Residents are priming over the graffiti and old paint, preparing to apply fresh paint to the building front. 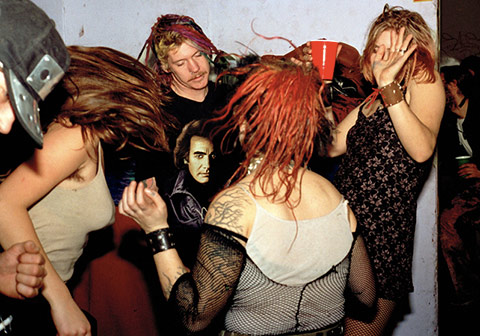 Dance Party With Neil Diamond
1996 C Squat
The parties we had were creative, wild, sometimes taken into the streets, and frequently ended in metal jams (groups of us banging on metal). 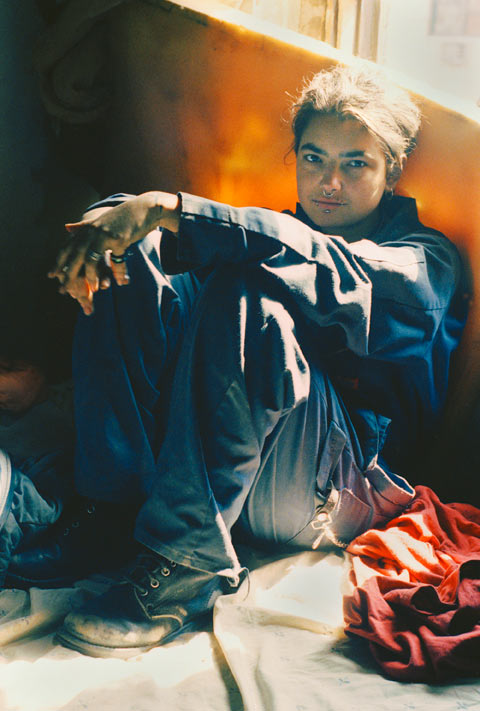 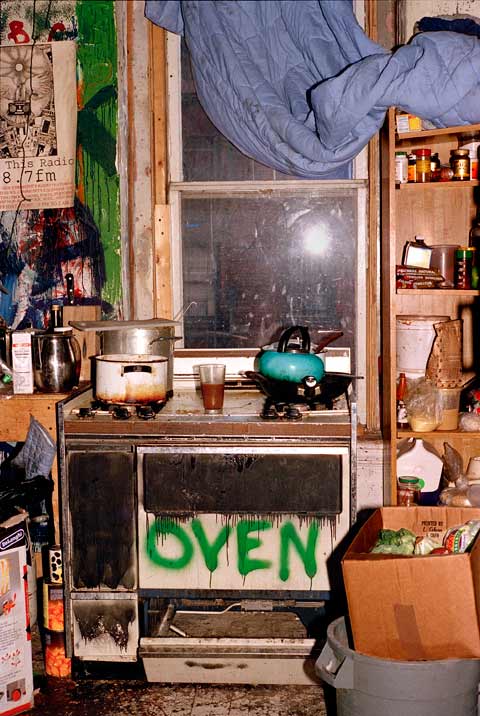 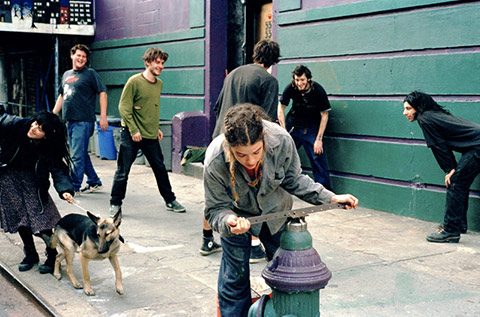 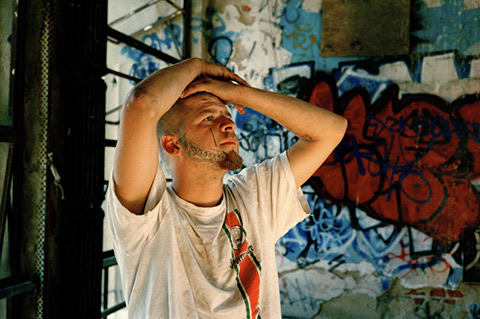 Band Shell
1997 East River Band Shell
I met up with some traveling folks and went for a walk along the East River. We drank some beers and explored the old band shell that has since been torn down. 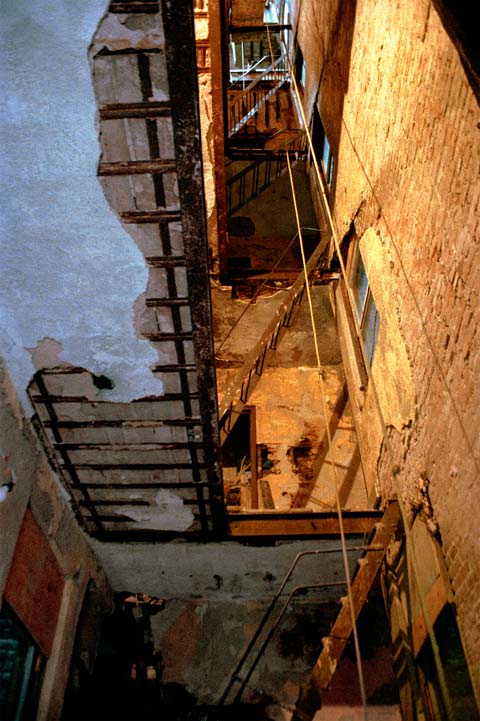 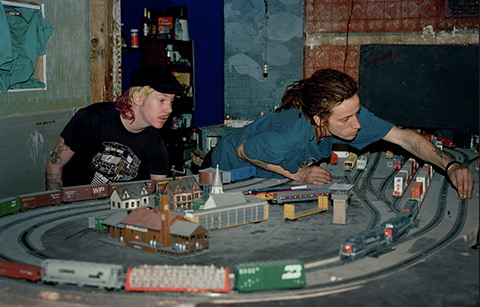 Train
1996 C Squat
The guys constructed an amazing train set in this apartment. 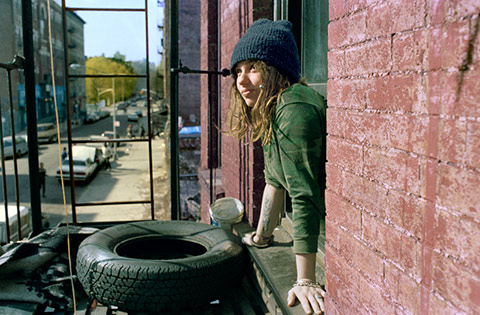 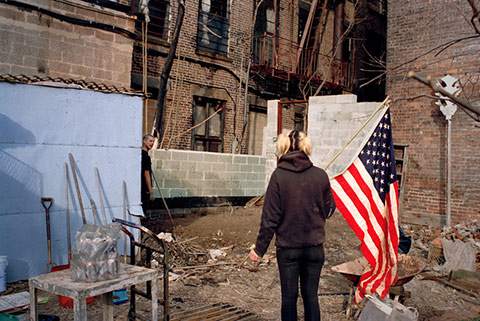 Blonde With Flag
1996 Serenity Squat
Residents were clearing the lot next door in order to build a community garden. 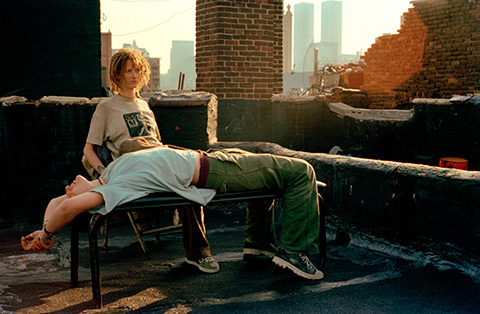 Jill, KD, and Towers
1994 5th St. Squat
Relaxing after a work day at 5th St. Squat with Jill and KD. The residents had rehabbed the roof of the building.