Photographer Searches for Differences in the Identical 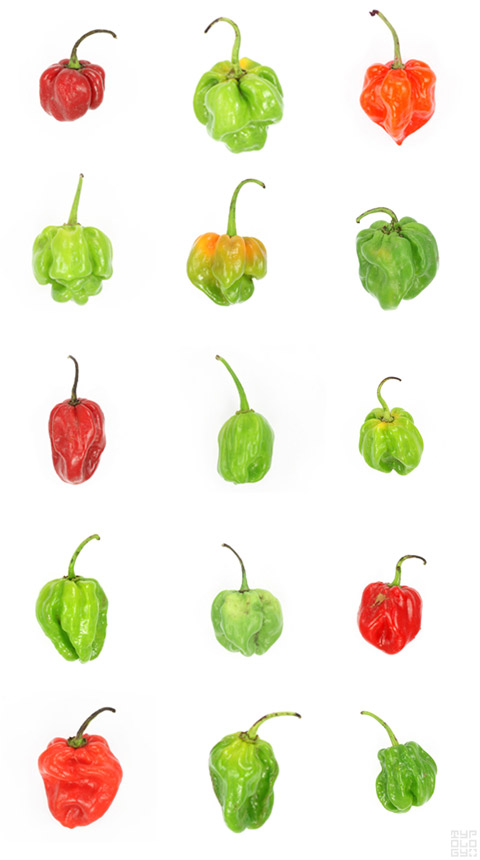 Archaeological analysis of pepper remains from a cave in Mexico revealed humans were harvesting wild habanero chili peppers around 8,000 years ago. 2,000 years later, the pepper was being cultivated domestically and was spreading geographically. In 1493, members of Christopher Columbus’ crew brought the first chili peppers to Spain.

Working with cultural artifacts as a researcher and museum curator at the Museum of Fine Arts in Boston, photographer Diana Zlatanovski has garnered quite the eye and passion for the object, from shape to significance.

In her ongoing project The Typology, Zlatanovski presents inspired collections of objects in artfully placed, eye-pleasing arrangements we can’t help but love. There is much to be learned by an object, both by itself and collectively, Zlatanovski says. “Objects are wrapped in stories and meaning, as a curator you learn how to unravel those, to make objects speak. A tale of similarities and contrasts, sometimes vast sometimes subtle. Only through studying collections do patterns, both visual and intellectual, resonate and reveal themselves. What first appears identical reveals itself to be anything but. And the closer you look, the more you see.”

Zlatanovski also curates various typologies she finds out in the world on her blog, The Typologist. 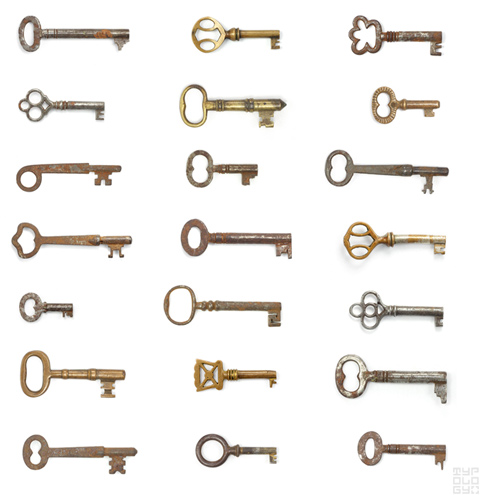 The earliest examples of keys, made of wood, are found in the remnants of ancient Mesopotamian societies. Considered a symbol of status and authority in both ancient and modern cultures, a key allows the holder access to locked rooms as well as knowledge and wisdom. 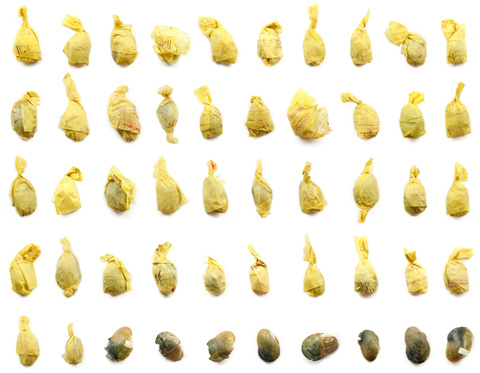 A white cardboard box sits in a cabinet at Harvard University’s Museum of Comparative Zoology. Lift the lid and the box overflows with candy-like yellow paper bundles. Plagiola capsaeformis. Years ago, a scientist had used these translucent yellow scraps of paper to carefully wrap the precious shell specimens he’d collected from the Clinch River in Tennessee. The delicate paper scraps used as wrapping are Grand Rapids Michigan railroad shipping manifests dated to 1889 – artifacts enveloped in artifacts. 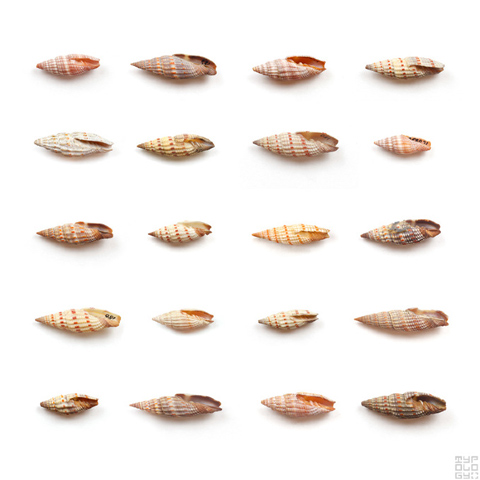 Shells belonging to a family of particularly predatory, carnivorous sea snails. Extending its proboscis, this snail injects a quick-acting poison to paralyze its prey before feeding on it. Specimens collected in the Indo-Pacific, early to mid 20th century. 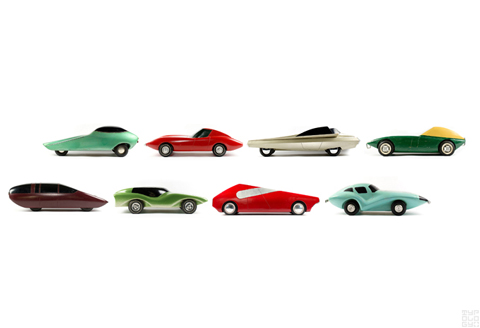 In July 1908, Fred and Charles Fisher founded the Fisher Body Company which quickly became successful and was bought out by General Motors. In 1930, the Fisher brothers created a foundation at GM, the Fisher Body Craftsman’s Guild, to promote craftsmanship and creativity in young men. The guild established a contest for boys, ages 12 to 19, to design and build scale models of their dream cars. The hope was to breed the next generation of car designers. And it worked–many contest winners went on to successful careers in the auto design industry.

The models I photographed here belong to an avid collector, Frederic Sharf, and his wife Jean. All cars in this typology are contest submissions from the 1960s, the contest ceased being held in 1968. 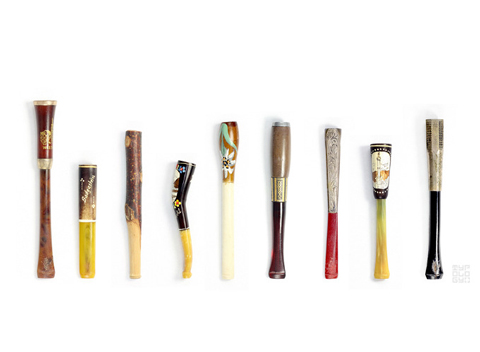 Once an essential component for a fashionable woman, cigarette holders are rarely seen in contemporary times. These examples were collected by Sylvia Sethur while traveling in Europe during the mid 20th century. The collection passed on to her daughter, Karen Rotenberg. who donated a selection of them to the Museum of Fine Arts, Boston. The pieces photographed here remain in Karen’s personal collection. 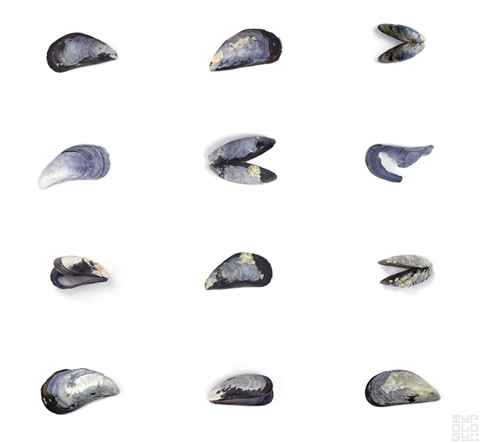 The blue mussel’s diet determines shell color and patterning. As erosion wears away the colored calcite outer layer, inner layers of iridescent white nacre, or mother of pearl, are revealed. Living up to 40 years, the mussel’s age can be determined by counting the rings that form on its shell each winter when growth slows.