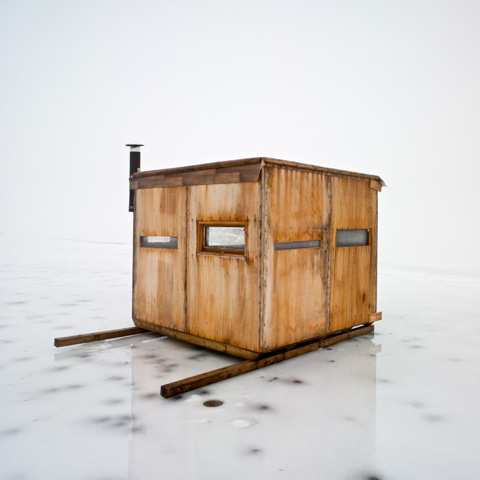 On the southern tier lakes of Wisconsin, “10 Weeks” is typically the period between late December when a thick enough layer of the lake freezes and ices over, until the first Sunday after the first day of March. It’s during this time when you’ll find Mike Rebholz on one of the five lakes near his hometown of Madison making pictures of the ice shacks and the culture that exists within them.

Rebholz, an architectural photographer and self-described born and bred mid-westerner, was initially fascinated by the abstract nature of these lone structures resting upon lakes of ice. Because there are no regulations, the creators of these shacks, the fishermen, are free to build whatever type of structure they fancy. Thus, the design and adornment completely represent the sensibilities of their creators, and the near endless backdrop of ice and sky makes for the perfect seamless, accentuating the form and color of each shack while reinforcing the singularity and expression of its creator and occupant.

Rebholz isn’t content making 10 Weeks a mere typology of ice shacks; he goes deeper and examines the distinctiveness within each structure. In the process, he has discovered, like any other sporting event, that the fishermen span the cultural gamut of the local population and the variance equally vast in how they entertain themselves when the fish aren’t biting. Yet whether it’s overcast and miserably cold, or sunny and transcendently beautiful, from shack to shack the fishermen all share a common longing—their camaraderie and being someplace they love. 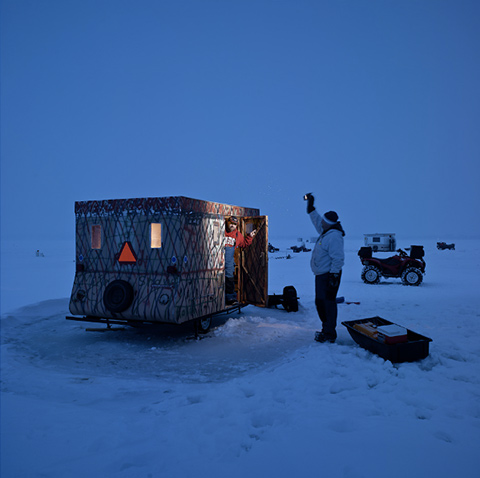 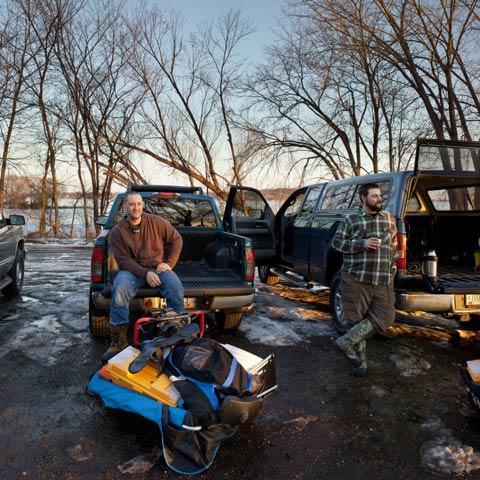 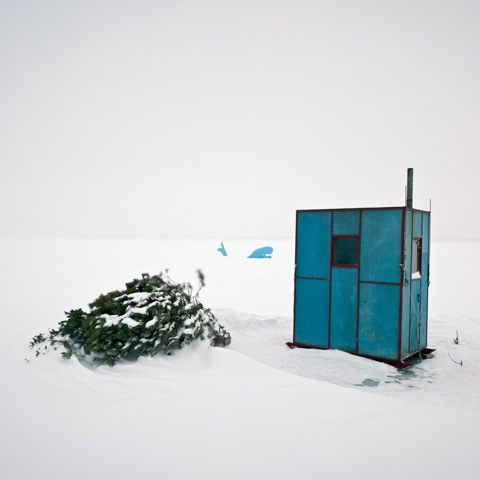 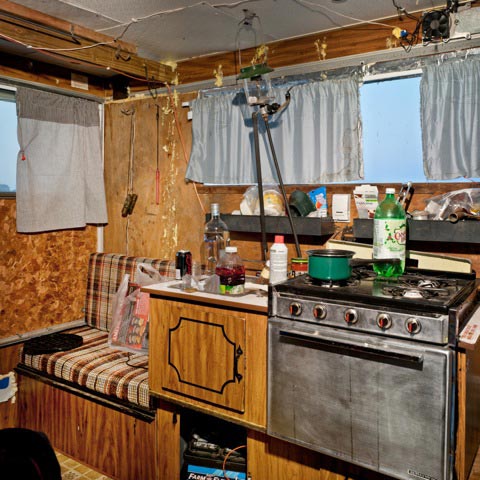 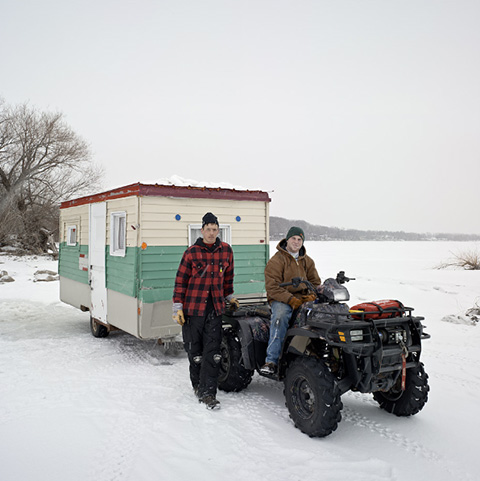 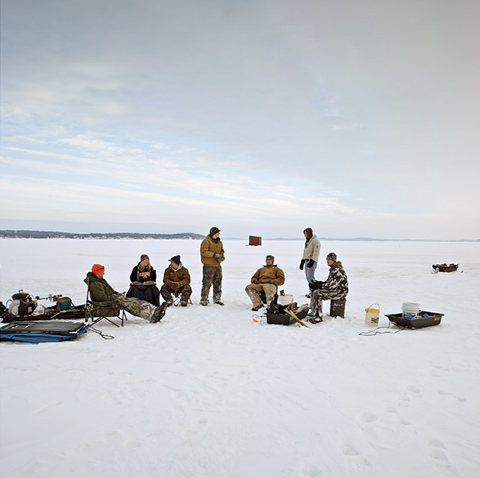 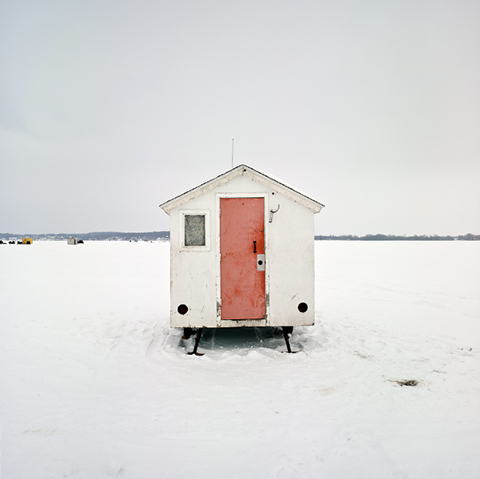 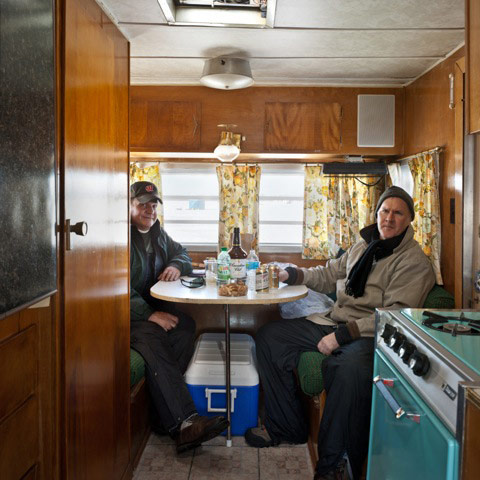 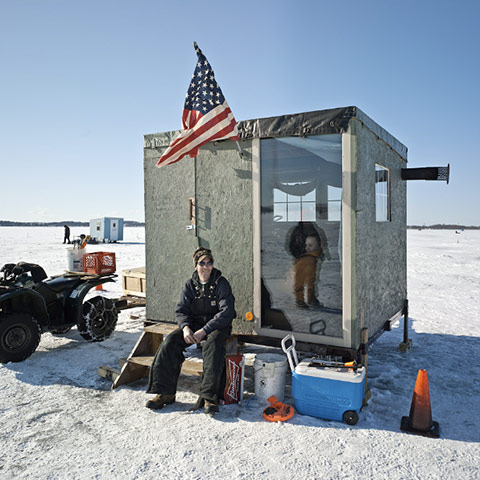 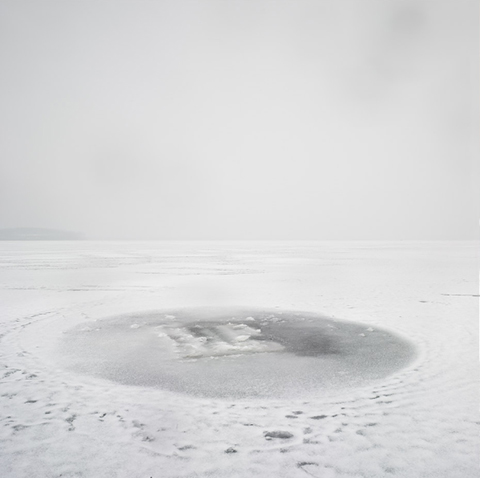 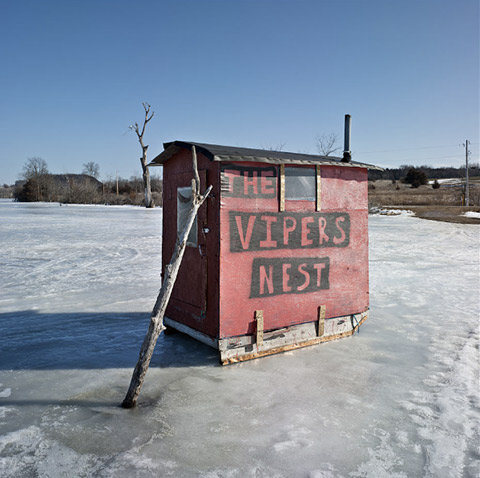 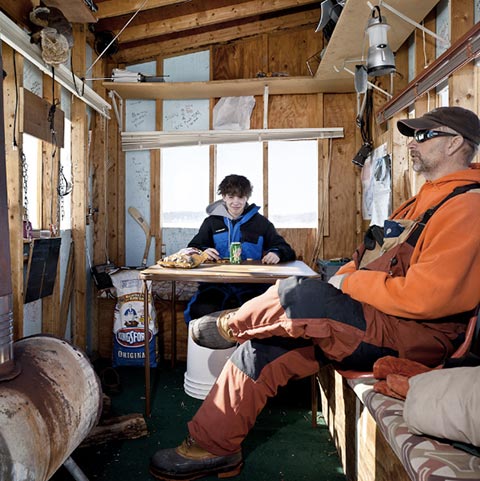 This post was contributed by photographer Tom M. Johnson.