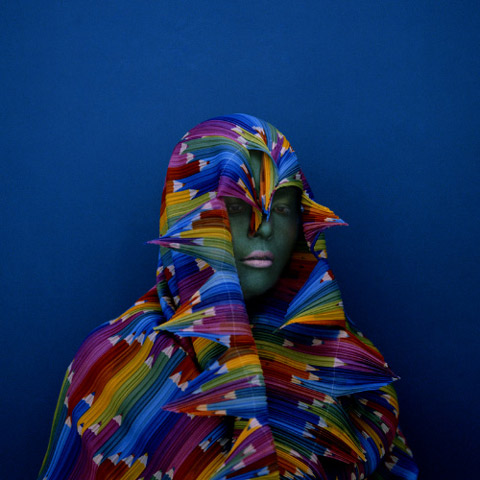 Photographer Kimiko Yoshida sheds her skin and trappings of identity through her bizarre, disarming body of work. PAINTING. SELF-PORTRAIT, 2007-2010 directs our gaze in one thousand places, finally rendering the viewer unable to distinguish the artist from the whole. PAINTING. SELF-PORTRAIT is the anti-portrait, a refusal be known and a declaration that it is impossible to be understood.

In speaking of her “monochrome” images, the artist herself is the one who dissolves into the background, the bright colors and bizarre clothing purposely taking center stage in ways both familiar and uneasy. Repurposing a number of materials, Yoshida often improperly wears European couture and appropriates titles of Western fine art. From Warhol to Picasso, the artist has reference without recreation. An entirely new breed of subject is born, the haphazard combination of history, culture, and gender powerless when thrust together. PAINTING. SELF-PORTRAIT is a rebellion against all archetypes that we consciously and unconsciously cling to. By demanding the giants of our world be juxtaposed, all things are called into question, the person responsible dissolving into the chaos. Yoshida does not wish to declare “I Am”, but quietly state “I Am None.”

Kimiko Yoshida’s current exhibition, Venice Why?, is on show at the Gallery Pierre-Alain Challier until October 31, 2013. 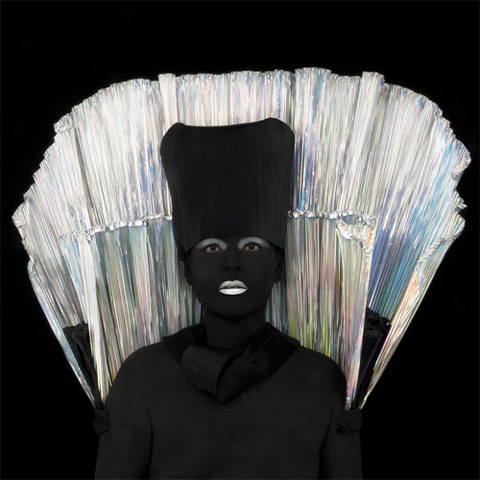 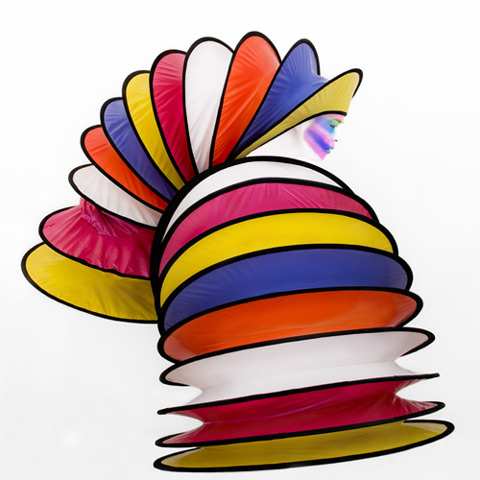 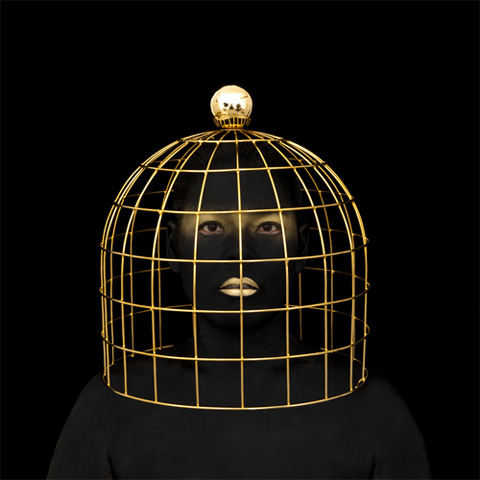 75 PAINTING (MAN IN A GOLDEN HELMET BY REMBRANDT). SELF-PORTRAIT, 2010 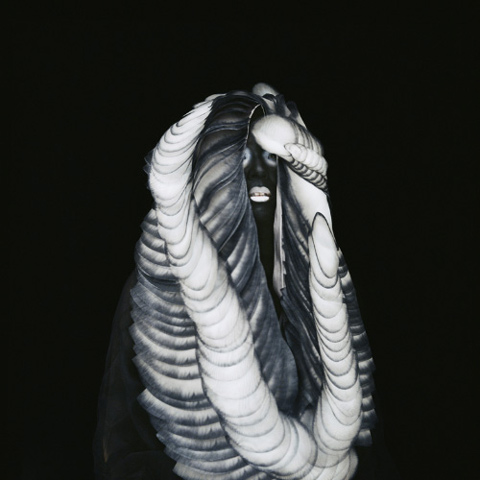 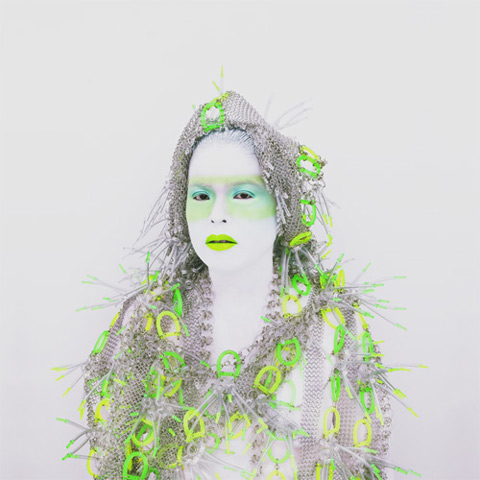 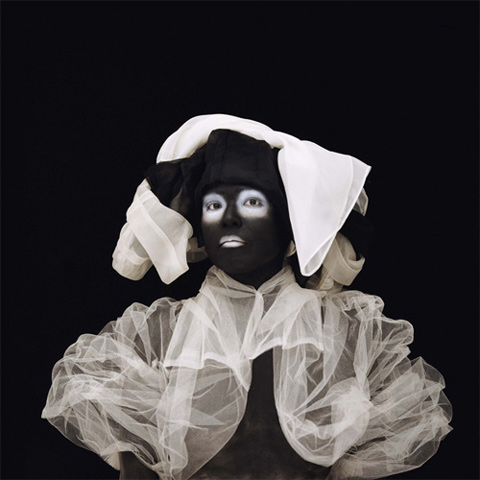 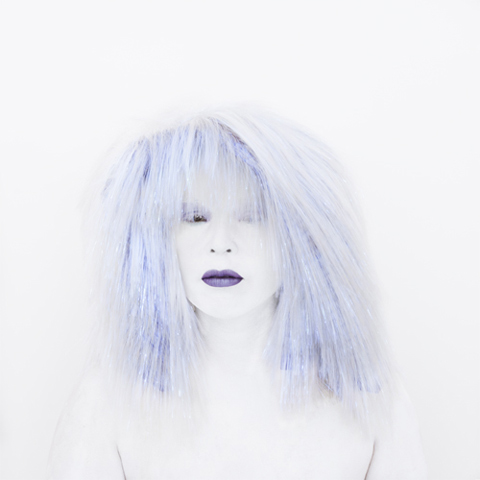 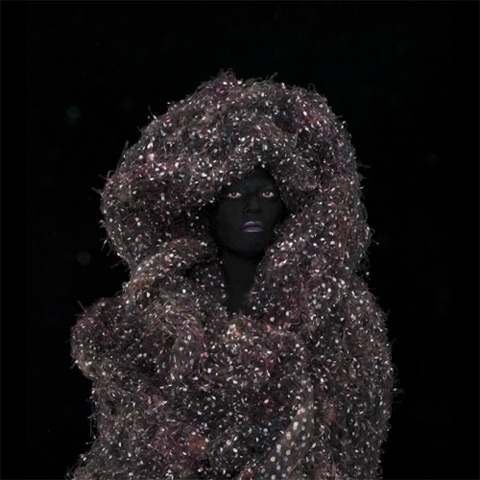 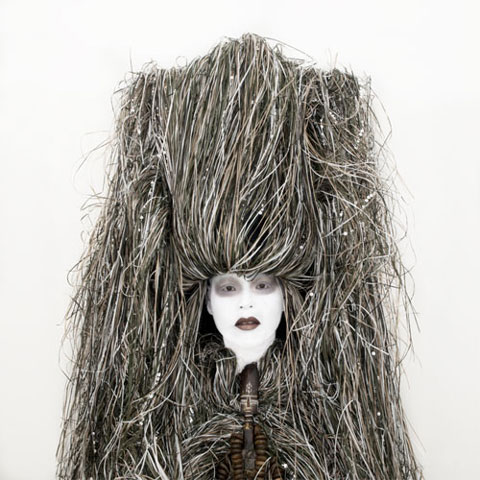 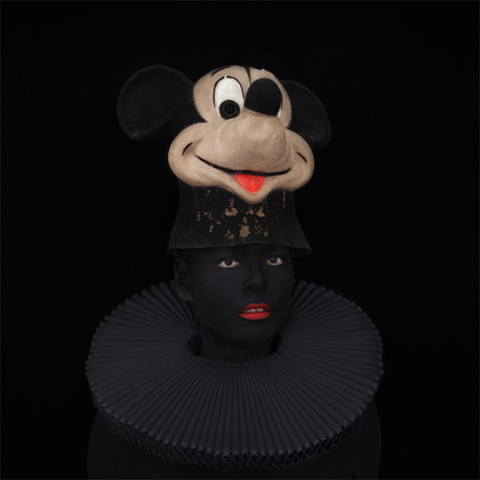 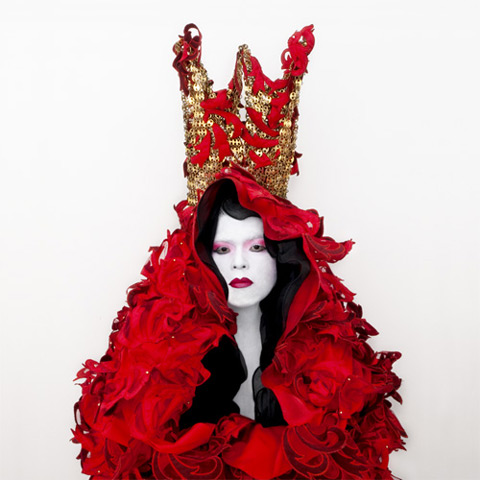 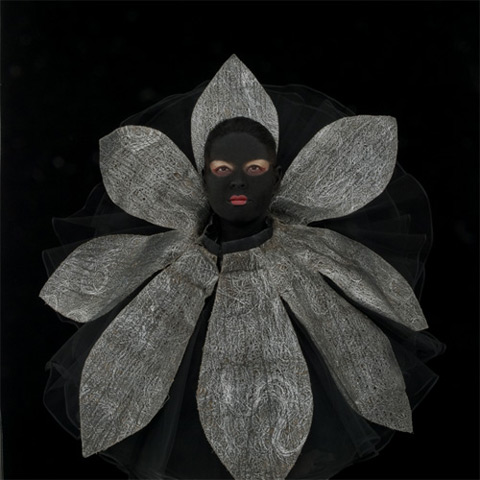