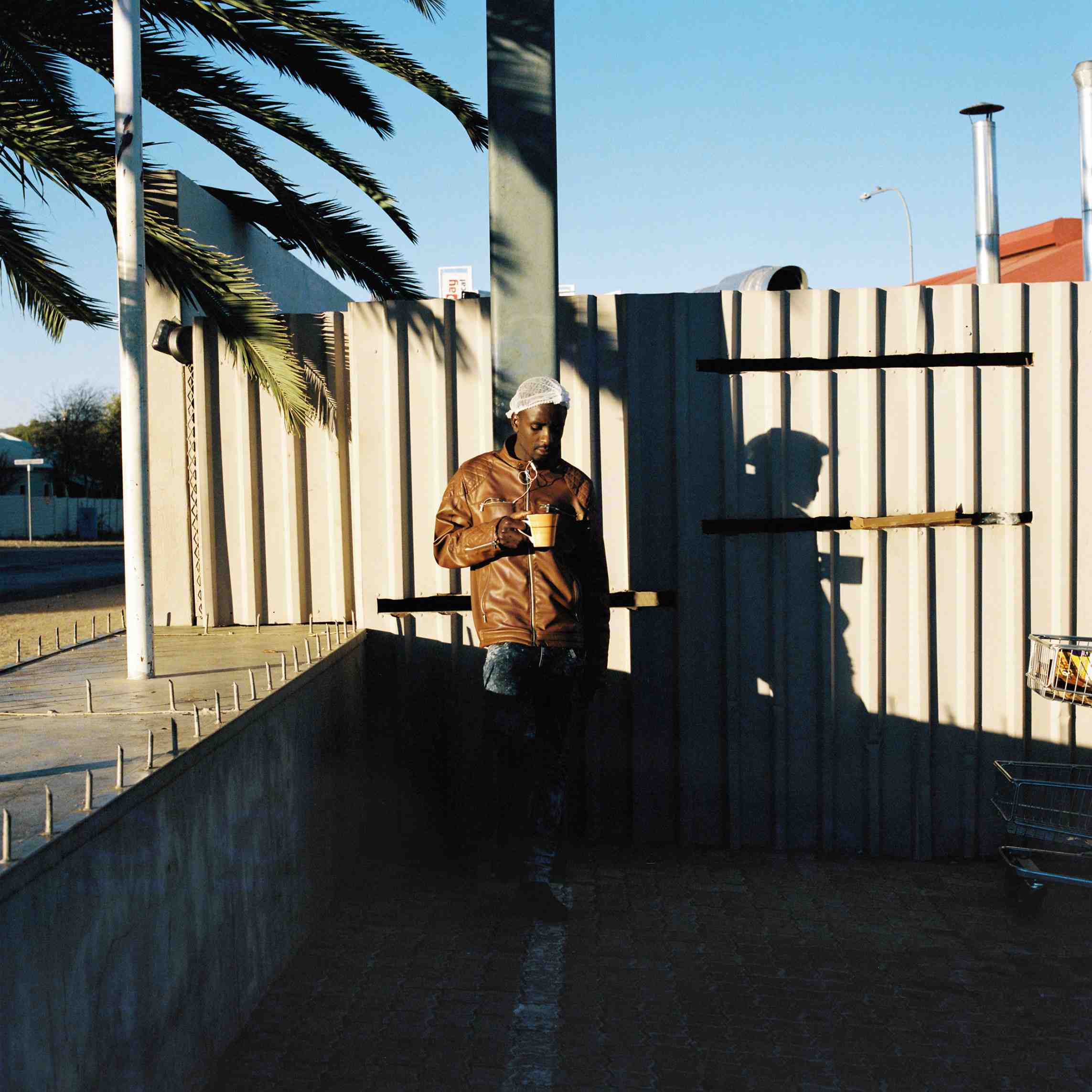 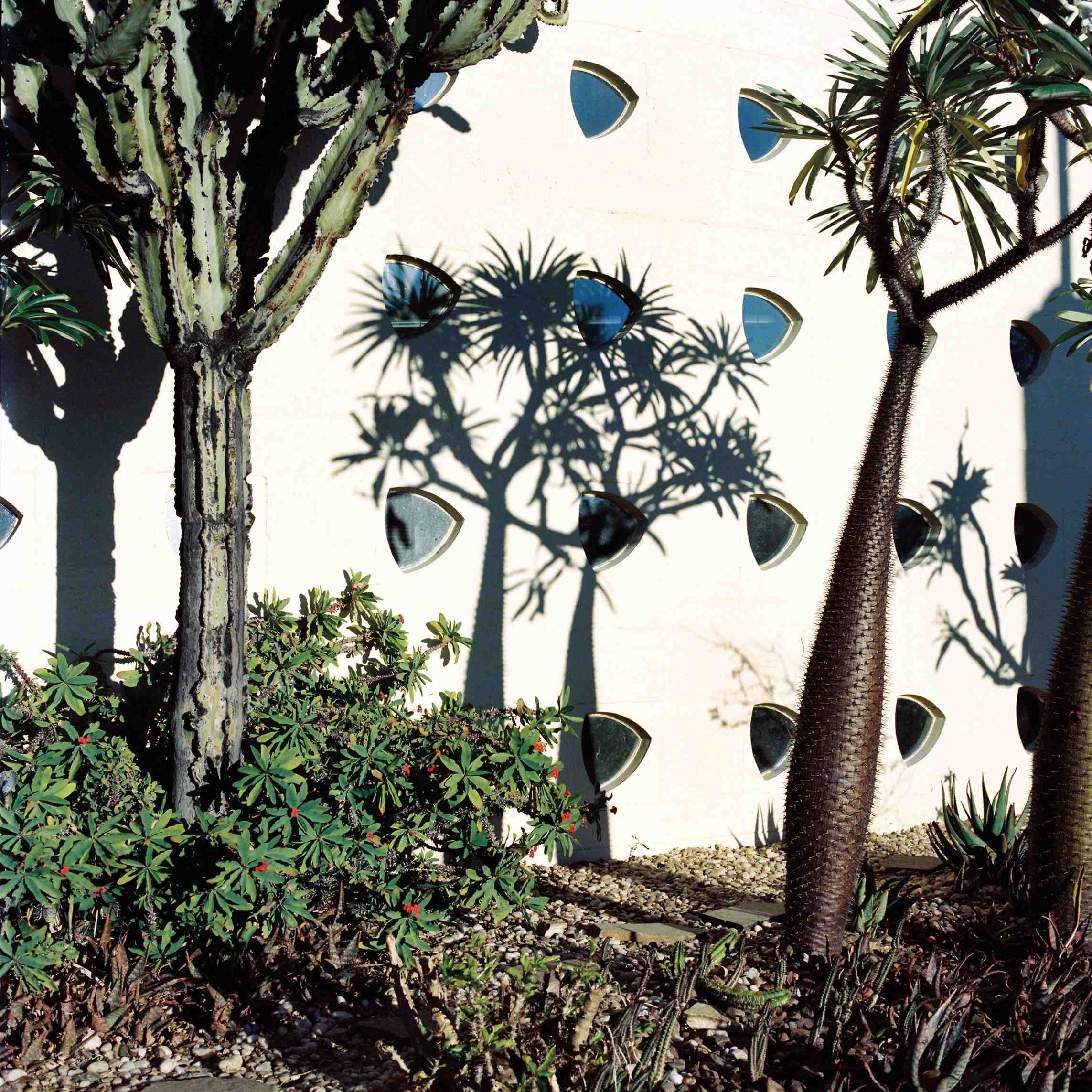 At the age of 18, Toufic Beyhum came upon a copy of Don McCullin’s book, Beirut, a city in crisis in the library of his London university. For the young art student, who escaped Beirut with his family when he was just nine years old during the civil war that decimated the country during the early 1980s, the discovery was life affirming. “I didn’t want to be a war journalist but I loved the black and white grainy photos McCullin took and the moments he captured,” Beyhum says.

Now a resident of Windhoek, Namibia, Beyhum embarked upon a series of photographs documenting moment of quiet repose titled Hotspots. With an average of 300 bright and beautiful days a year, Namibia is one of the sunniest countries on earth — but for two months, it gets rather cold and people will adapt by finding the hotspots.

Using his signature reportage style and a medium format camera, Beyhum has composed moments of solitary pleasures that most of us have known. Stealing against the cold, Namibians find their way into a brief window of sunny delight, enjoying the simple pleasures of everyday life. Here, Beyhum shares his the unexpected journey that brought him to create this lyrical images. 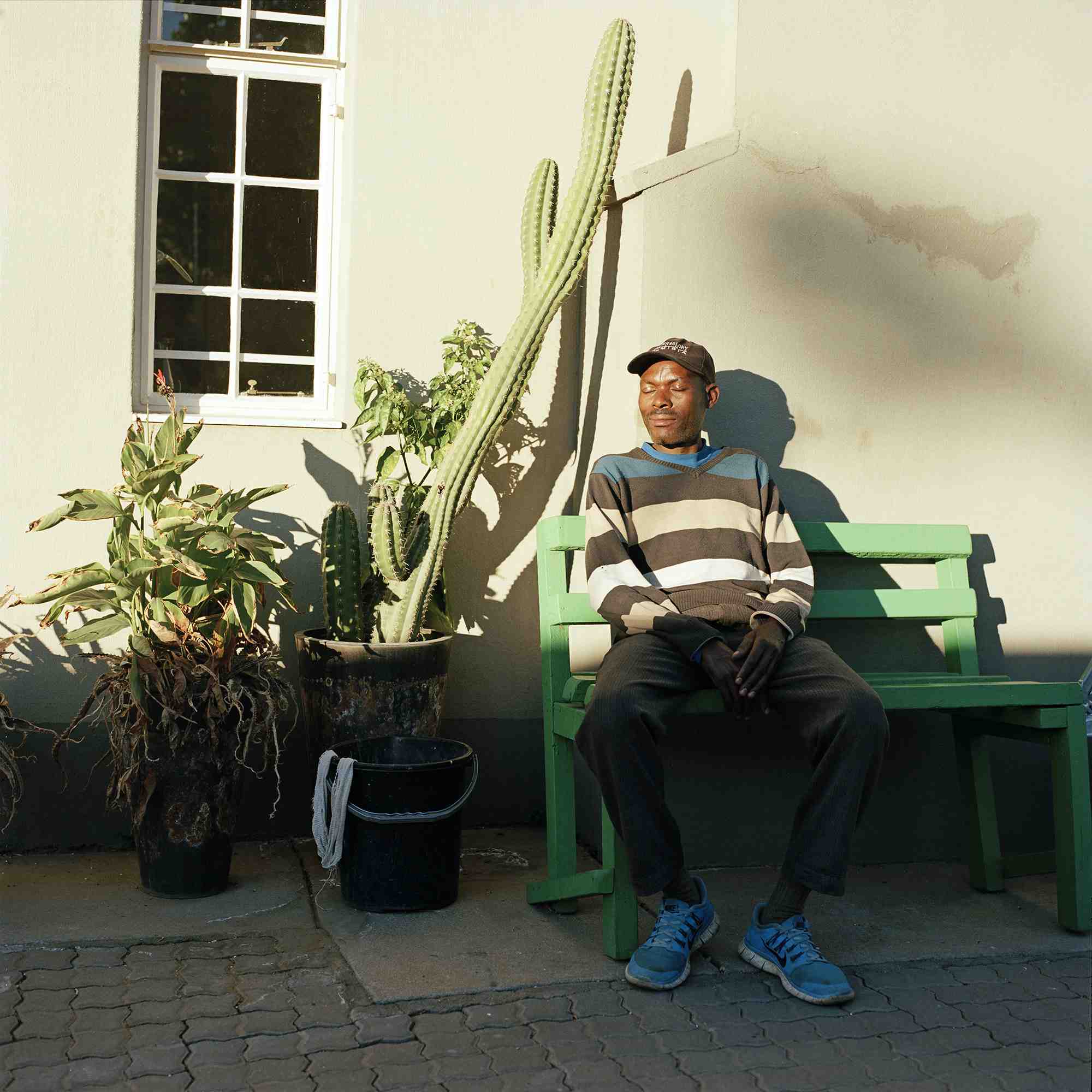 How did your experiences growing up in Beirut, then London shaped your worldview. Could you share what it was like being a child in Beirut, and how the war and exile shaped your perspectives?

“When I left Beirut I was nine years old. We escaped by boat to Cyprus then went to the UK. When I tell people in Europe that I grew up during the war, yet I had a very happy childhood they think I’m crazy. We lived in Beirut and yes we spent many nights in the building basement, doing homework under candlelight in our corridor, which was shielded by shrapnel and lying flat in school buses to avoid snipers — but I remember being so free growing up in Beirut.

“As a child I spent my whole time outside playing with friends, playing soccer on the streets, pretending to be a soldier, and just exploring. Even at school the playground was a big sandpit with a few trees so we had to use our imagination. I also did everything a boy my age did in the ‘80s: I watched E.T. in the cinema, ate junk food, played Atari, rode a Chopper bicycle, and had a crush on Wonder Woman. My mother and father were art lovers so our flat was filled with paintings. My mother’s side is very creative —a family of poets, writers, artists and photographers so my sister and I were always surrounded by artists.”

How did moving to London impact you? What was it like to grow up as an immigrant in one of the world’s foremost imperialist nations?

“Moving to London was a culture shock. It’s not like we never traveled before; we were blessed to have spent holidays in Berlin, Dubai and the USA but moving permanently to a European city took a bit of adjustment. I ended up in a school where I had to wear a school uniform, which I hated and we had no playgrounds so we had to walk to a cold wet park.

“Also my English was very basic. I remember my mother always taught my sister and I to say ‘Pardon?’ if we did not understand anything. I went to a very British school and up to my teens, it was not that easy to make friends. But having spent my whole teenage years in central London is what shaped me today and f I could go back, I would do it again. It made me streetwise and I wish my children today would grow up like that. A big city like London toughens you up.” 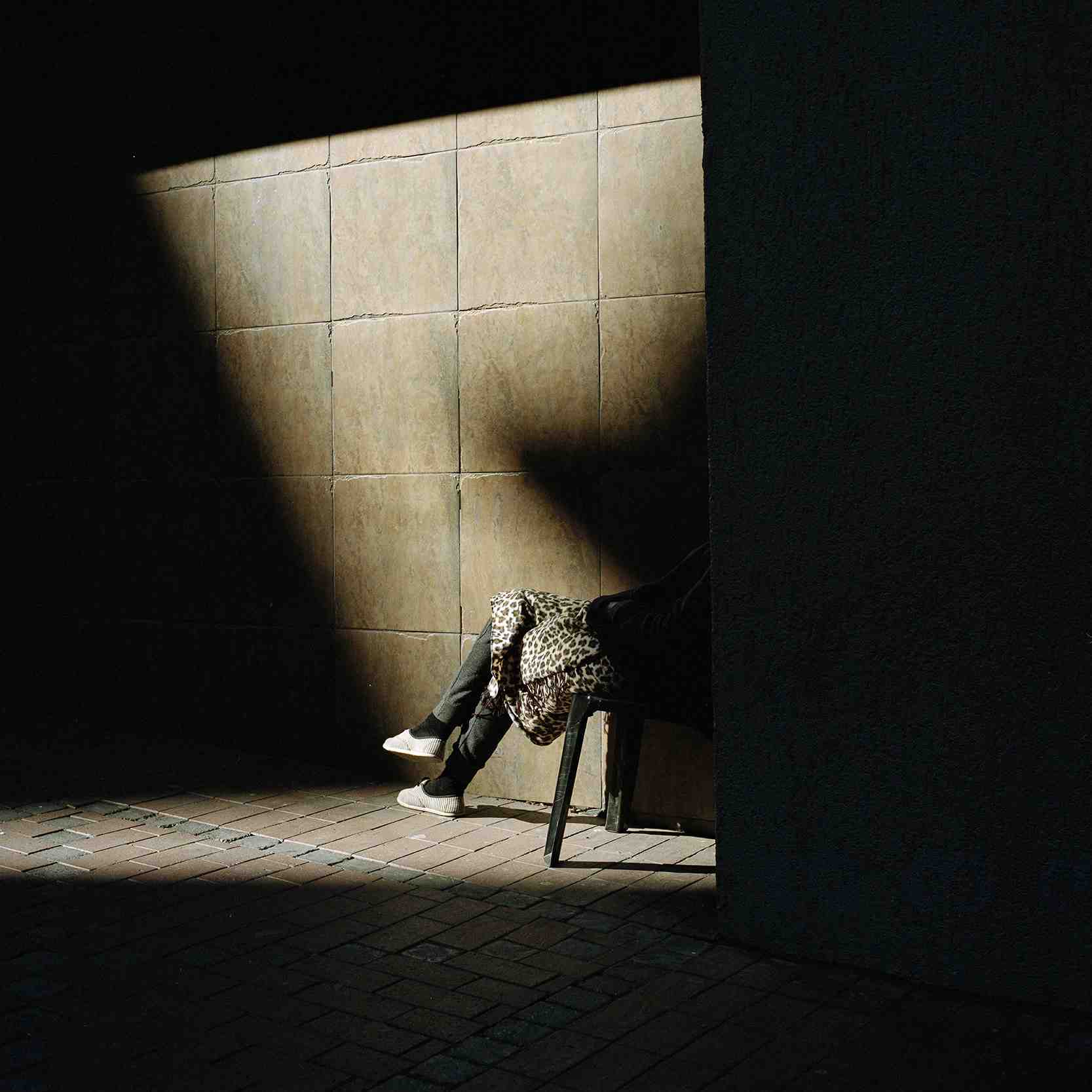 What inspired you to take up photography and what do you most love about the medium?

“My passion for photography started in the darkroom at the age of 16. My mother, who was always very supportive and knew I was not that academic, understood that my passion was art so after my GCSE at the age of 16 I went into an art college. I was the youngest student.

“I learned how to process and develop film before I taught myself how to take photographs through books. I experimented a lot. I took photos with infra-red film, played with filters on my lens by putting sweet wrappers with different colors. I also experimented in the darkroom with chemicals — the old trick of putting light on and off for a second. It was a lot of fun.”

What brought you to Namibia? When were you there, what cities did you visit, and for how long?

“My wife is Namibian. After having spent five years in London and four years in Berlin, she felt homesick and wondered if I would like a change. I’ve always lived in big cities; I like their energy and the culture. We’ve been in Windhoek, Namibia’s capital, on and off for 3.5 years and it’s been great because I have been exploring other African cities like Johannesburg, Cape Town, Durban, Livingstone in Zambia, and Addis Ababa.”

Could you describe what you observed about the peoples and culture of Namibia today, while you were there?

“There are so many different cultures and tribes here. Over 10 languages are spoken but if I had to generalize I would say that Namibians are very peaceful and tolerant. They may come across as cold when first meeting them until you greet them with respect and show warmth, and then they will open up. They have been through apartheid so trust can be an issue.

“The younger generation has been Westernized quite a bit and I have been documenting this. You can see a lot of influence from the US and the UK through music, fashion, and language.” 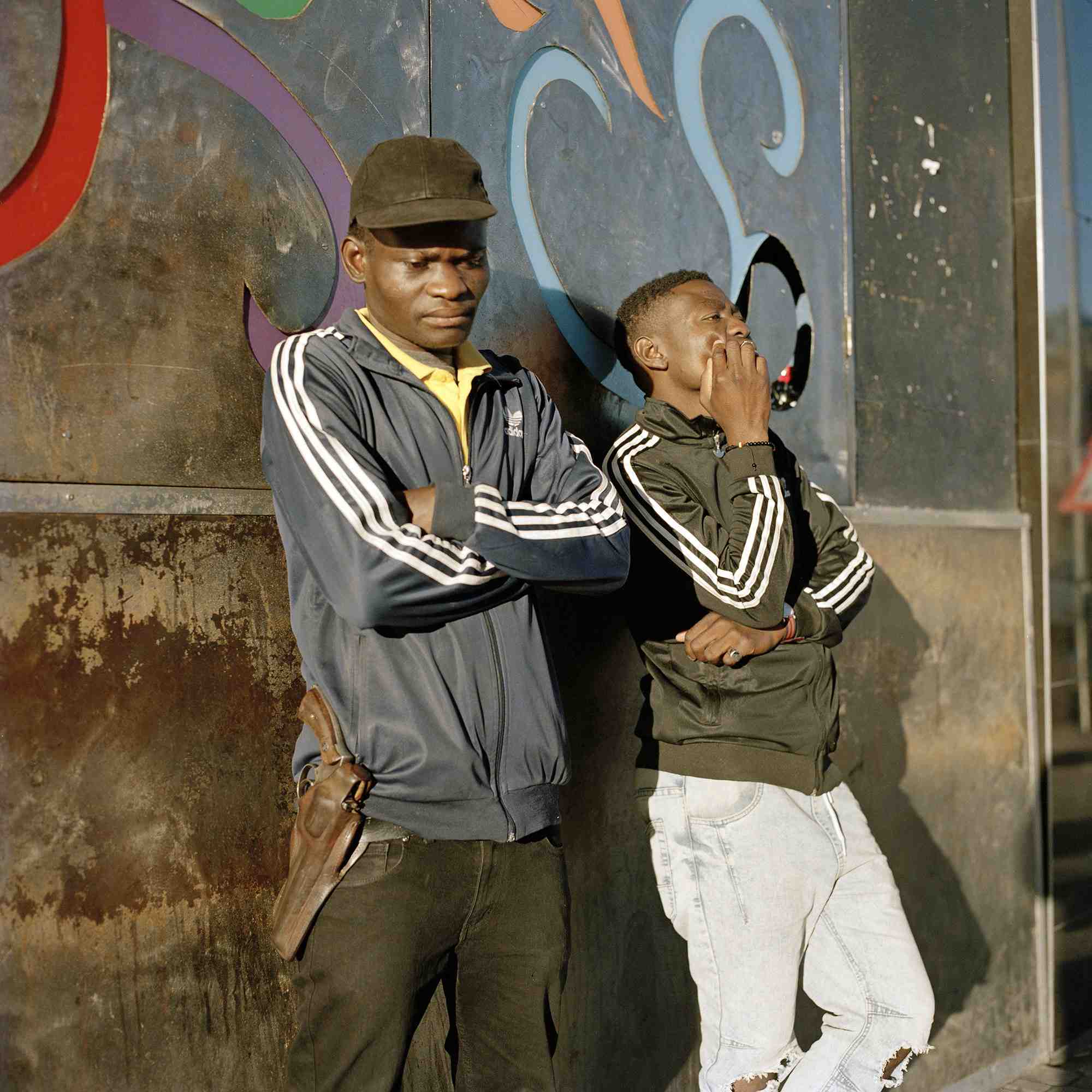 What inspired you to create Hotspots?

“Winter in Namibia only lasts two months a year. It gets pretty chilly in the early mornings and late afternoons. I noticed most people find that sunny spot to hang out in during those cold mornings and afternoons. There is something so beautiful when you are standing in that hotspot: the sun frames the subject. Most of the Namibians who stand in those hotspots are workers waiting for jobs, newspaper sellers, security guards, or people waiting for a lift to pick them up. So I decided over two winters to photograph them.”

Why did you choose to photograph so many people with their identities obscured?

“I think it’s because of the distance I was shooting from, the angles, and the shadows.I like the mystery of it all. Who are these people? Who are they waiting for? What is going on in their heads?

“You will notice none of them are on their phones, which means they don’t have that blank look everyone has when staring at their phones. There’s something deeper than that. Calling this series Hotspot is sort of tongue in cheek because everyone these days are looking for a wifi hotspot.”

Were people aware they were being photographed and how did they respond?

“No they were not aware. I would have lost that moment and their train of thought. I was using an 80mm lens so to get a close up I had to be quite stealth. But the lens was also perfect for getting that isolated person standing in the sun. Some of them would have just turned to me as I took the photo but I would have already gotten that moment. They would be more curious about the Hasselblad camera I was using than the fact that I took a photo of them.

“Having said that, I have printed and personally delivered each photo of the people I shot who I know always stand in those spots — like the security and newspaper sellers. Their faces lit up when I showed them the photos.” 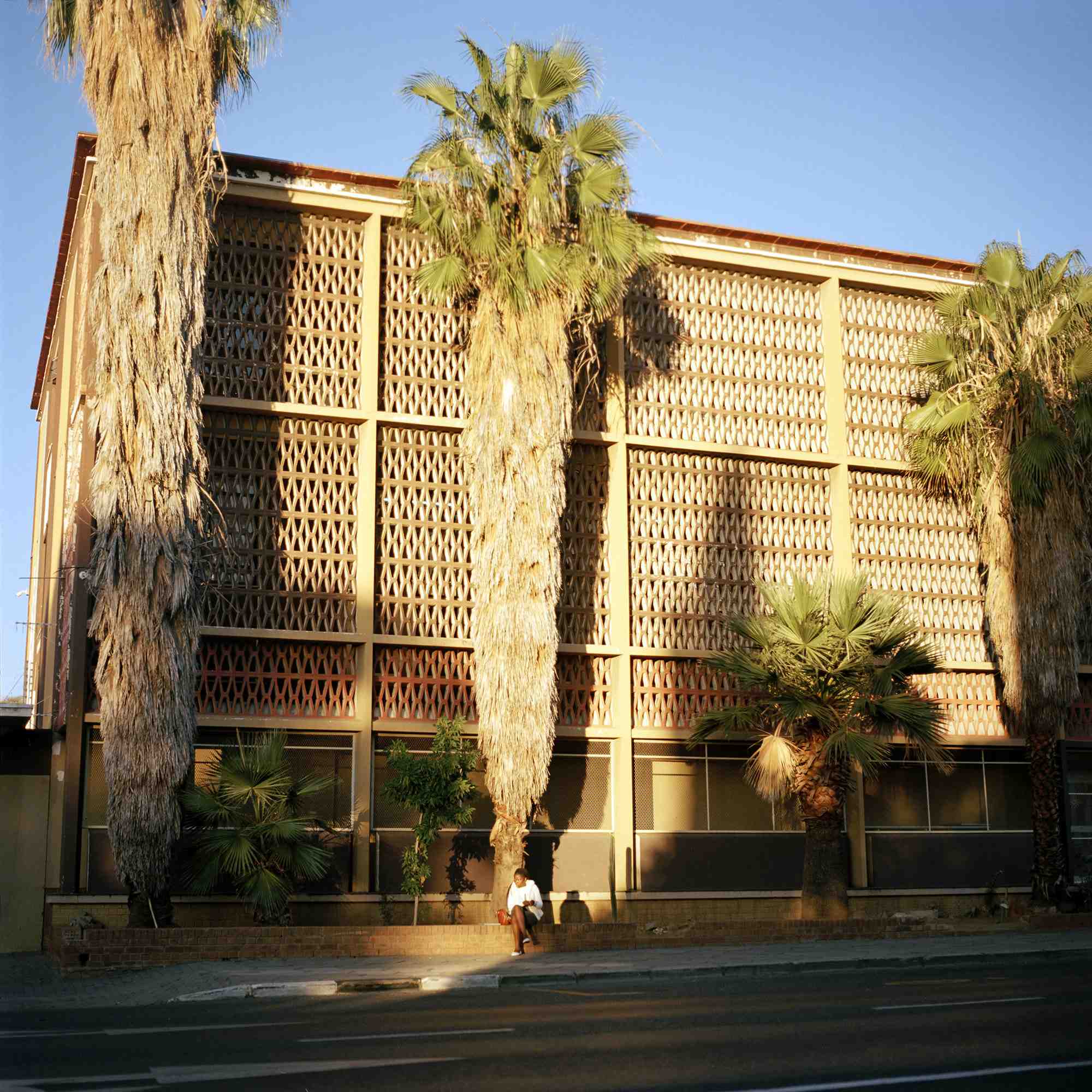 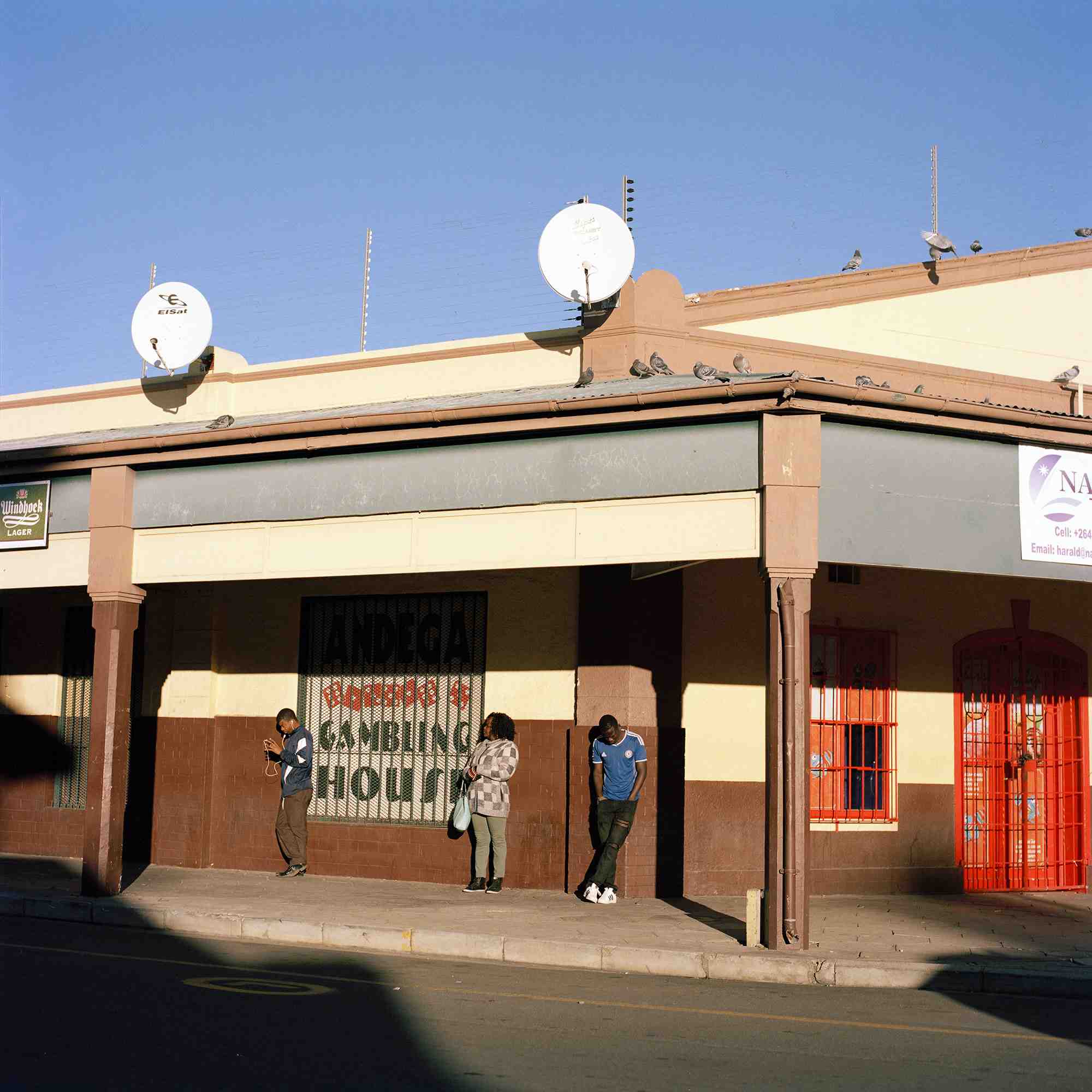 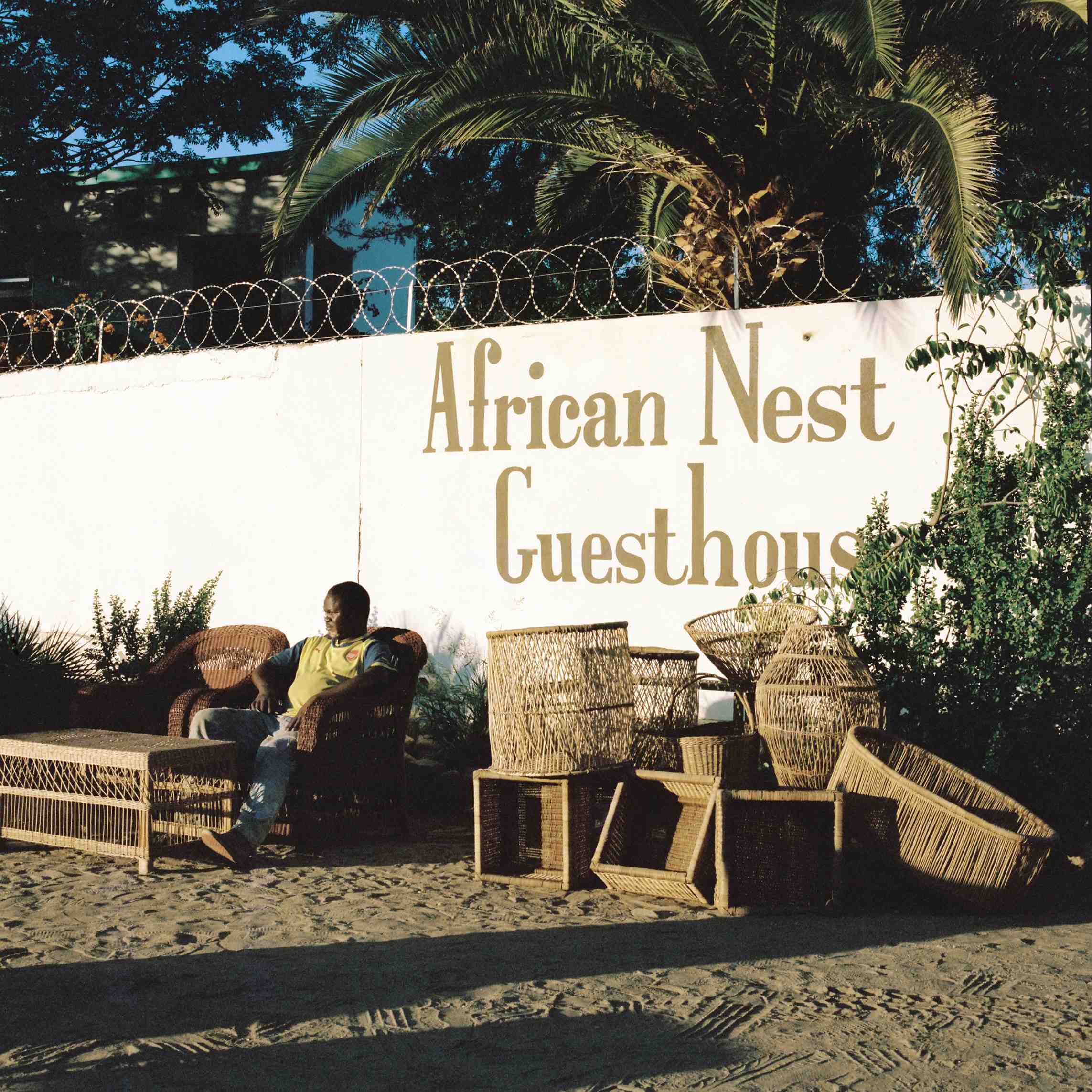