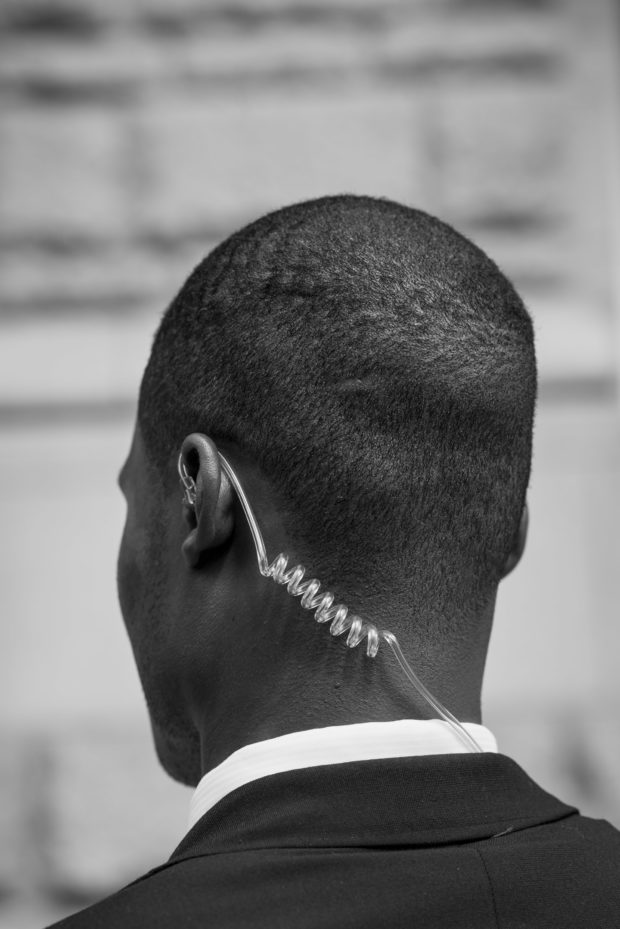 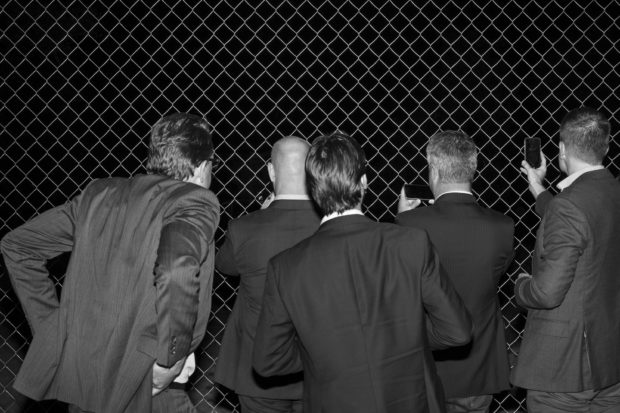 Many Americans profess surprise at the inhumane social practices coming from the present White House. Perhaps they are comforted that they once had the luxury to have never been concerned about the forces of the military and prison industrial complexes weighted against foreign lands and U.S. citizens alike.

Perhaps the carnage of AIDS never touched their families. Perhaps they were never the victim of land grabs, medical experimentation, or any number of the genocidal acts waged by this nation that are documented in the annals of history and the on-going subject of current events.

“I guess the only time most people think about injustice is when it happens to them,” poet Charles Bukowski opined, summing up the new wave of “Not my country!” that greets those who have chosen denial over truth up until it finally affected them.

Those who prefer truth to illusion are far from shocked by the current administration’s open display of white nationalism. What we see in 2019 is simply the Klan emboldened to throw away the hood. Those once comforted by cognitive dissonance no longer are; they are suddenly shocked into the awareness about the leaders of so-called “civilization” that many have known since the Europeans first invaded in the “New World” in 1492.

Yet for the indoctrinated, deception must be taken to the grave, whether that of their own or those they ride roughshod over to achieve their destructive aims. Indoctrination in the forms of education, entertainment, and news exists at every turning point, and those who call it into question are derided and dismissed. Yet whether we wish to acknowledge it now or later or never, it continues to operate in plain sight and as well as in black ops.

American photographer Mike Osborne takes on the workings of the state in his new monograph, Federal Triangle (Gnomic Books). Here, in a wordless series of 70 black and white photographs, Osborne gives us a enigmatic glimpse at the trappings of power: secret service, surveillance systems, Black Suburbans, white vans, walled compounds, Georgetown mansions, Jeff Sessions, and Nancy Pelosi are presented as scenes from a story that is one part Fellini, one part Hitchcock, one part black comedy — but none of it is funny by any stretch of the imagination.

It’s all very banal, and intentionally so. For destruction to operate on a mass scale, it must be bureaucratic and systematized; it must be regular, even regulated, to follow a script that allows it to be anything but theatrical. It is so commonplace as to become normalized to the point where dissent is considered unpatriotic even when the First Amendment deems protest one of the core tenets of democracy.

“Only the mob and the elite can be attracted by the momentum of totalitarianism itself. The masses have to be won by propaganda,” Hannah Arendt wrote. Herein lies the spaces where that propaganda is honed, manufactured and fine-tuned for distribution to corporate enterprises. It is the banality of evil, as Arendt wrote, that flourishes in fascist regimes — in its searing monotony, boring like a nail through the head. It is so familiar that those who most deny its existence are those most willfully complicit.

Osborne’s photographs are ambiguous enough to act as mirrors. They ask you to acknowledge what you see. How does American power occur to you? Is it a threat or a cause célèbre? Does it excite you, enrage you, or does it leave you feeling numb? Does it suggest the words of Kurt Cobain: “Just because you’re paranoid doesn’t mean they aren’t after you?” or does it make you reach for a platitude, something along the lines of “thoughts and prayers” for the victims of its abuse?

Does it make you wish we could go back to a time that never existed — your own version of a “Great America” – the one that existed in the propaganda you were taught in school, peddled by the very system that perpetrates the inhumane policies, then and now? In Federal Triangle, Osborne reminds us that the system is running exactly as it was designed. 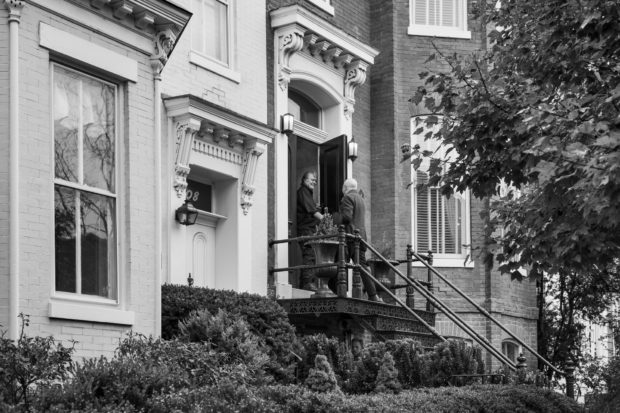 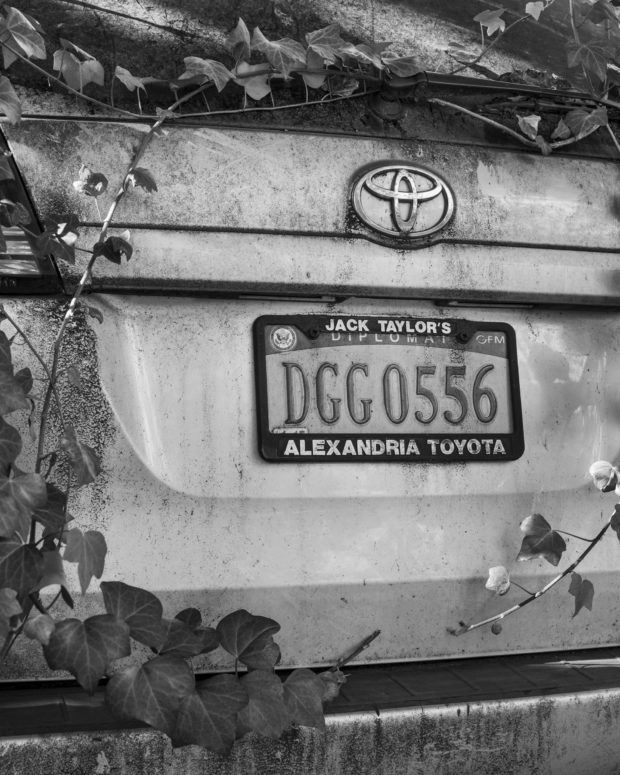 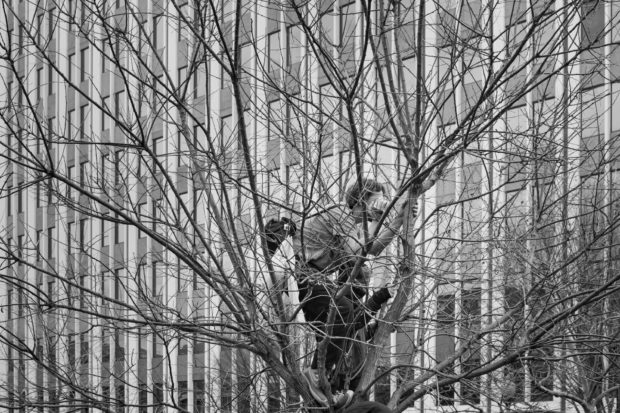 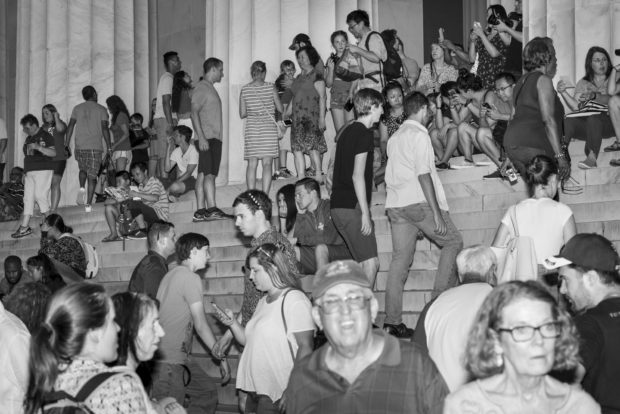 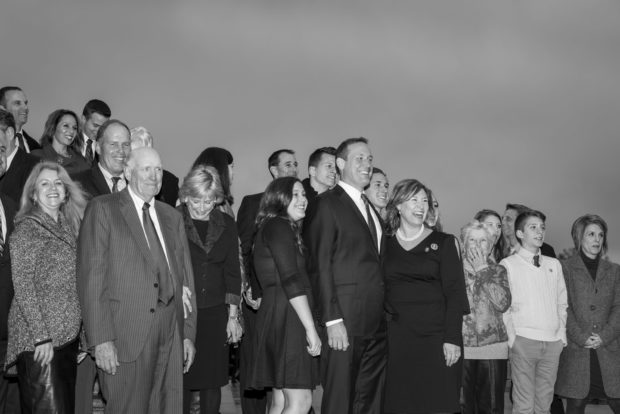 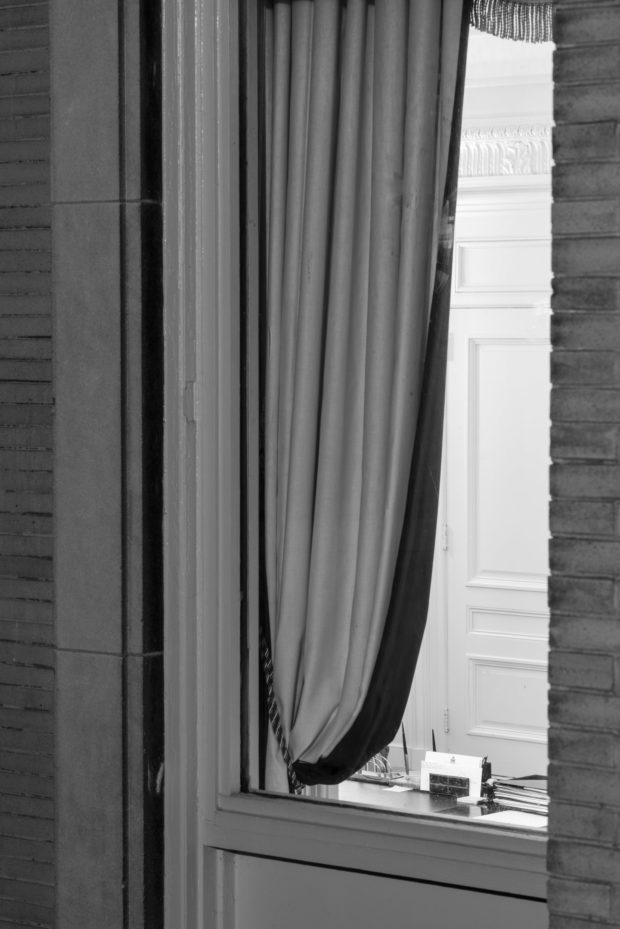 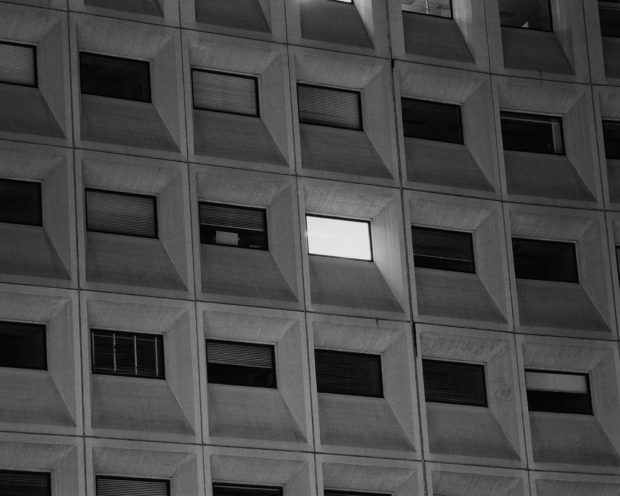 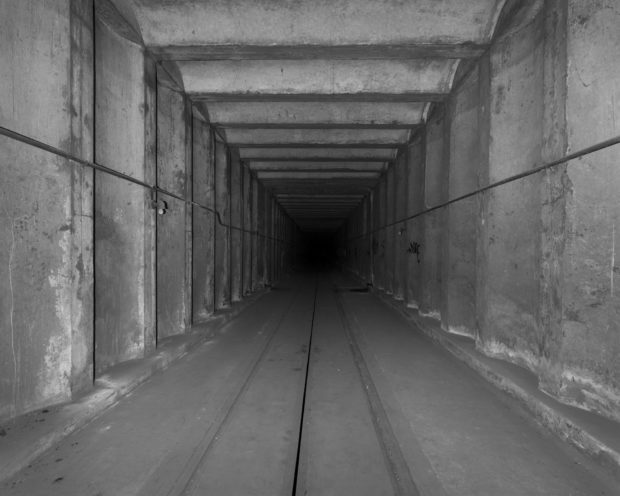 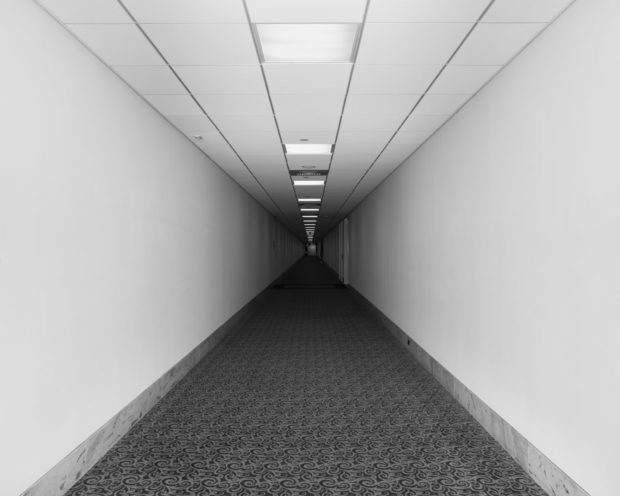 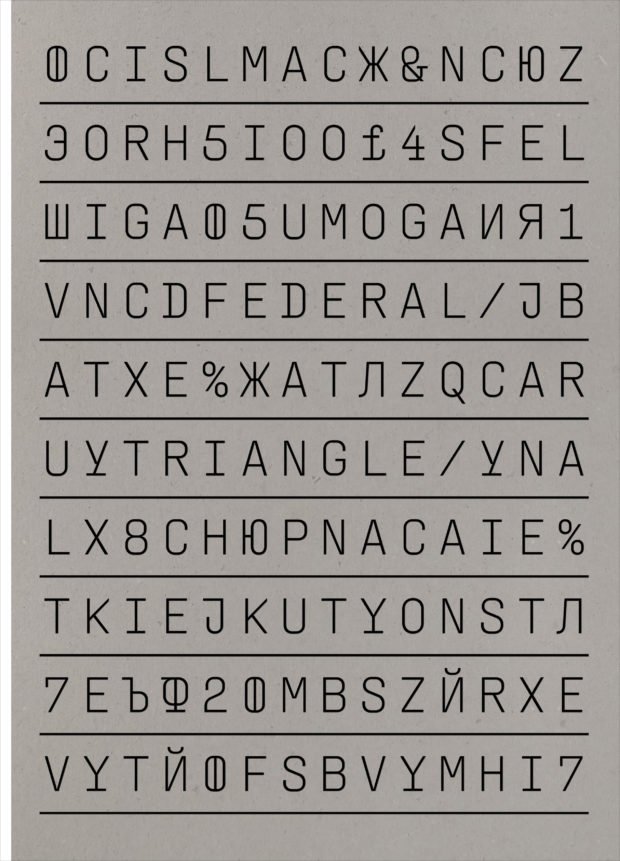