Lyrical Photos of Trails Left Behind After the Kill 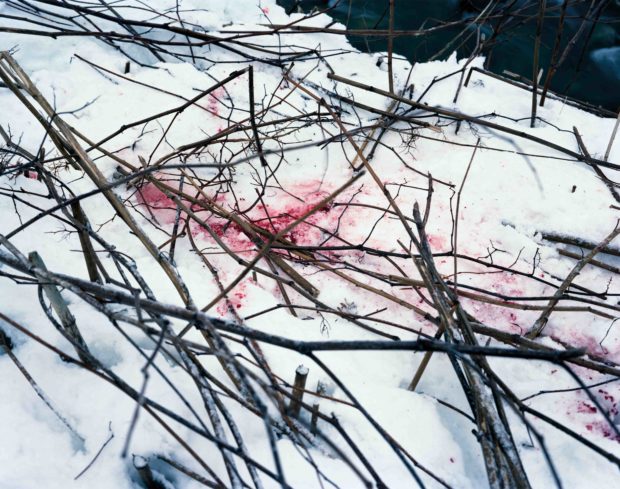 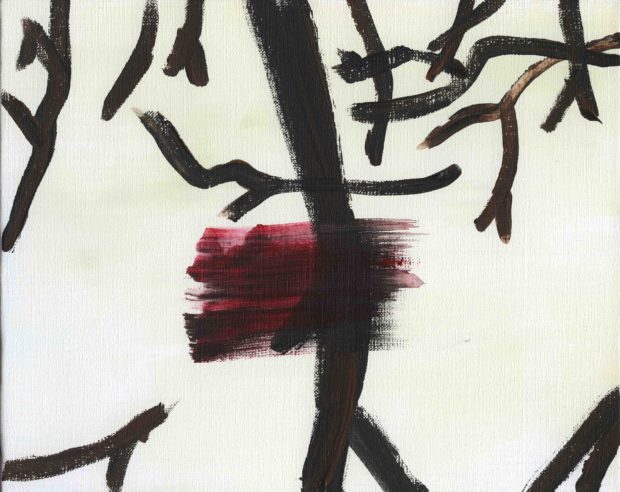 On the northeastern tip of Hokkaido, Japan, Shiretoko National Park lies in the balance. Taking its name from the native Ainu language, “the place where the earth protrudes” is one of the most remote places in the island nation. The temperate and subalpine mixed forests are home to brown bears and Kamuiwakka Falls, a hot springs waterfall known as “water of the gods.”

Designated as a 2005 UNESCO World Heritage Site, the park is also home to deer, whose population has been controversially culled by the government. Japanese photographer Takashi Homma began documenting the site of the kills in 2009, working over the next decade to compile a series of work just published in Trails (MACK).

Trails is a marvel of all the photography book can achieve in its elegant simplicity and precision of details. A sleek paperback volume with exquisite French flaps, the book seduces you the moment you open it up and discover bullet holes are die cut on a wrap around cover. You might feel a little dizzy, but that’s just the scent of the inks rising from the paper and wafting through the air with every turn of the page.

Your eyes sweep across Homma’s spectacular vistas of pristine landscape, and you marvel in the rare splendor of an environment unspoiled by the horrors of “civilization.” Snow covered trees are everywhere, an image of peaceful slumber until the blood splatter begins. Like a scene from a horror film, the snow is soaked with scarlet spray, a gruesome abstraction of violent death at the hands of only one species know to the earth: the psychopaths that invented firearms.

In Homma’s photographs, a subtle beauty emerges, made possible by the fact that there is no body, there is no being, there is no presence to consider. There is only aftermath, and in the absence of presence, something unusual unfolds: the recasting of death as an act of creation.

As the formal properties take hold it is easy to forget at just what you are looking at. Calligraphic paintings are introduced, further enhancing the sensual pleasures of aestheticism. But then you return to a stark barren landscape where the blood looks more like a murder scene. And you realize that you can only aestheticize death for as long as you can hold your breath — and in that moment where you cut the oxygen off, there, then it truly begins. 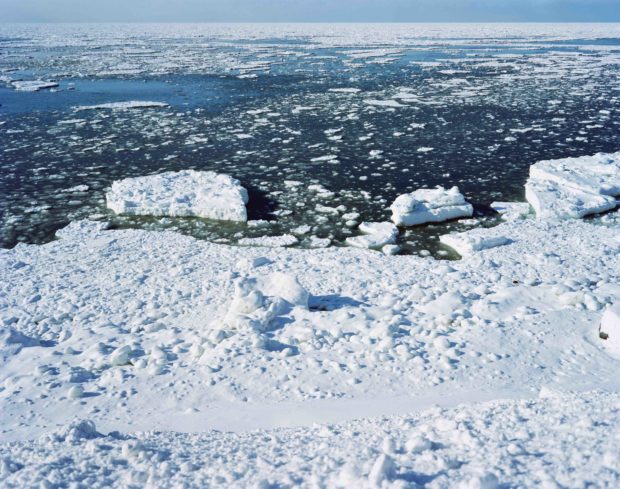 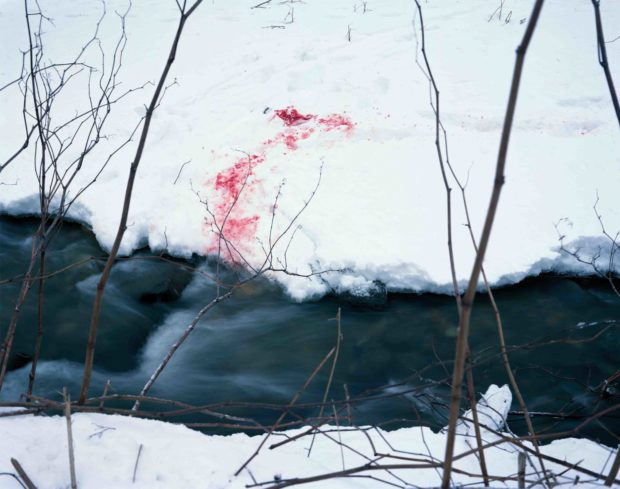 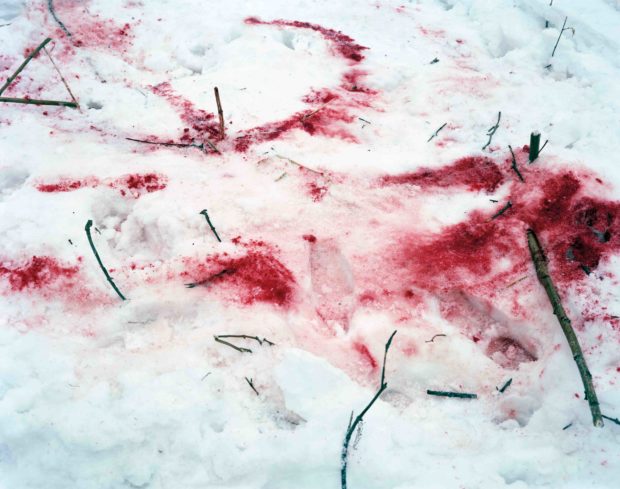 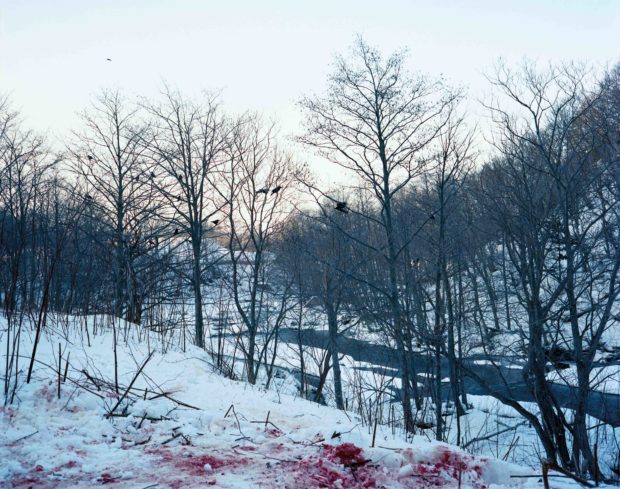 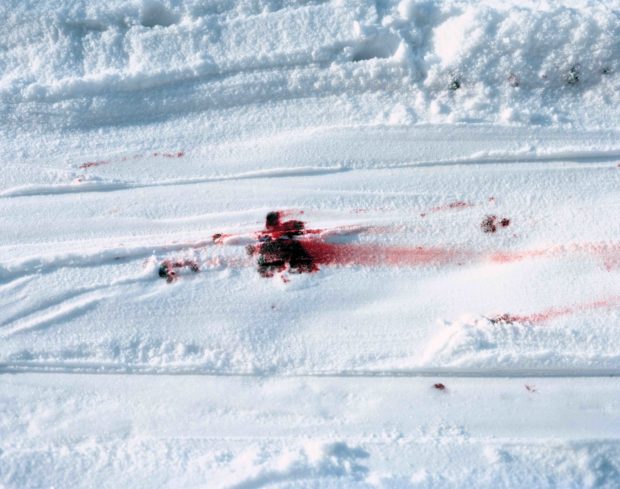 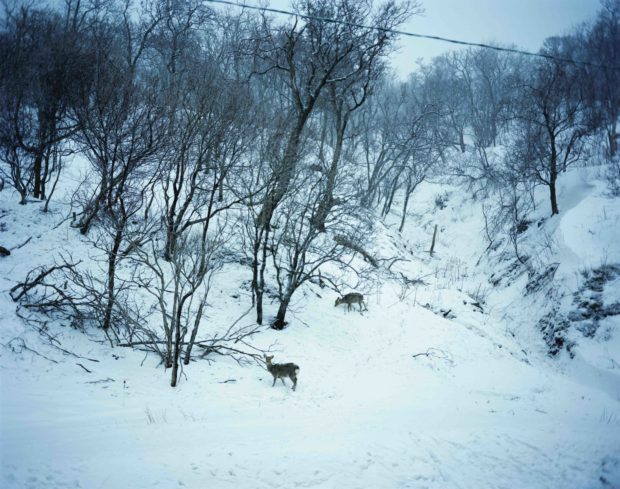