The Outsider Artist Whose Dedication Saved His Life 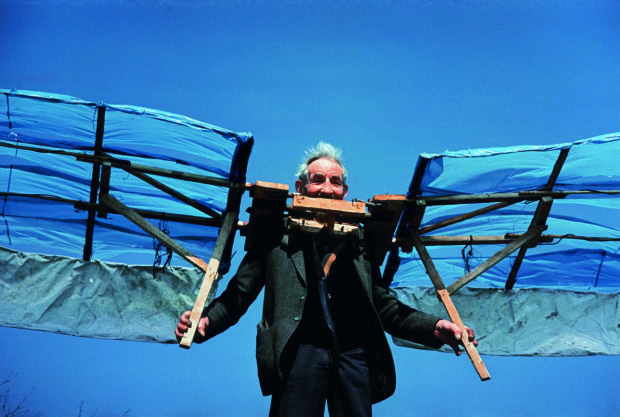 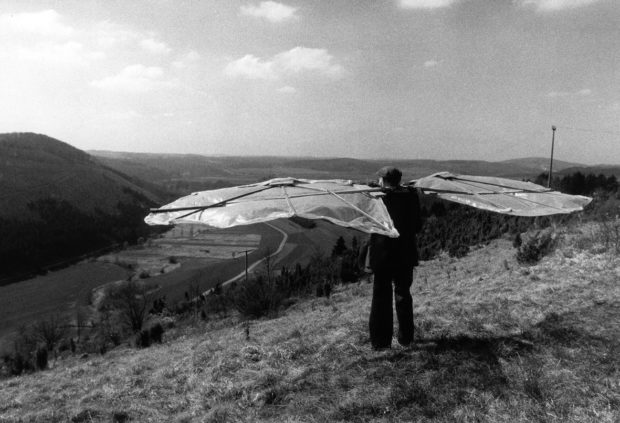 The call to make art isn’t so much a choice as a force compelling creation, no matter the price. Few can resist the possibility that lays beyond the sheer will it takes to render something out of nothing at all. For all that is given, the possibility of return is a draw: fame, wealth, and legacy.

But for the outsider artist, the reward is the act itself, creating a cycle of momentum nothing short of phenomenal. For Gustav Mesmer, the “Icarus of Lautertal”, as he came to be called, art was a way the medium through which he could express and resolve the conflict of being on earth and off at the same time. And that was enough.

Born in the village of Altshausen, Upper Swabia, Germany, in 1903, Mesmer was the sixth of 12 children born to a farm family. Just 11 years old when World War I broke out, Mesmer was forced to drop out of school and find work as a farmer.

While working in the Untermarchtel monastery, he felt the call and joined the Benedictine Order. Brother Alexander, as he was known, lived in a monastery at Beuron for six years, but left the order before taking final vows.

At the age of 25, Mesmer returned home, living with his parents and apprenticing as a carpenter. On March 17, 1929, Mesmer made a scene during communion in church and was forcibly removed after proclaiming the ceremony to be a fraud. Fearing this act a sign of mental illness, Mesmer was committed to mental hospital in Bad Schussenried, where he was diagnosed with gradually progressing schizophrenia.

Mesmer was put to work in a book bindery, where he discovered an article about two men who wanted to make a flying bicycle and fancied the idea of doing it himself. The idea took heart in Mesmer’s mind, for he was trapped in a situation that was not of his own design.

In the hospital, Mesmer wrote his family, begging for release — but the family never read it, for the administrators confiscated it. Desperate, Mesmer escaped and traveled home, to his family’s chagrin. They promptly sent him back, but that did not stop him from repeating the cycle many times for years to come. In total, Mesmer would spend 25 years held in captivity until finally being released at the age of 61, in 1964 — all because he said a few words in church.

In the hospitals, the flying machine became a map of Mesmer’s heart, a machine for living that could transport him to new heights and defy the constraints of his life. His imagination was matched only by his will and his faith in the path to freedom would come if he persevered.

His work did not go unnoticed, for he applied it not only to his passion but to the work he was forced to do in Bad Schussenried — so that when the Nazis began rounding up mental patients for experimentation and extermination in January 1934, the administrators protected Mesmer, and kept his name off the transport lists

After Mesmer was released in 1964, he moved to an old age facility in Buttenhausen, where he lived the better part of the next 30 years, until his death on Christmas Day, 1994, just before he was to turn 92. In Buttehausen, Mesmer had access to a small workshop where he could build human-powered flying machines, which he delighted in testing out himself. Here he earned his nickname, “the Icarus of Lauteral.”

While German tabloids mocked his work, the art world was impressed the 1980s, his work began to be exhibited. The year before he died, his hometown finally acknowledged the brilliance of his work – a fitting send off for a man who found art when he had nothing else.

Mesmer’s masterful oeuvre is given a loving tribute in the beautifully produced new book Gustav Mesmer, Ikarus vom Lautertal (Edition Patrick Frey). Throughout the book, we watch as Mesmer’s mastery animates pages taken from his journals, drawings, illustrations, and photographs of his materials, models, and test flights inform, surprise, and utterly delight.

It is easy to get lost in Mesmer’s magical world, for it speaks not only of his inquisitive, innovative spirit but of a grand and glorious heart. His dream to fly set him free, and for his faith he was rewarded with the possibility of continuous discovery.

But perhaps the greatest lesson of Gustav Mesmer’s life is the fact that failure never deterred him from pursuing his dream. He claimed to have flown 50 meters, but no one was there to witness the event — and whether this was true or not, the fact remains, Mesmer got as high as one man can get. 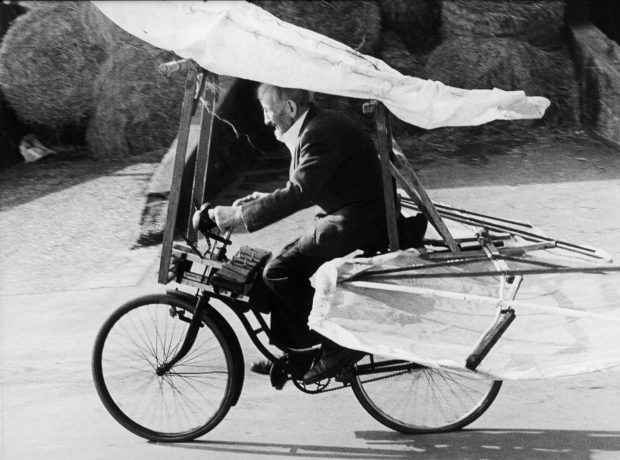 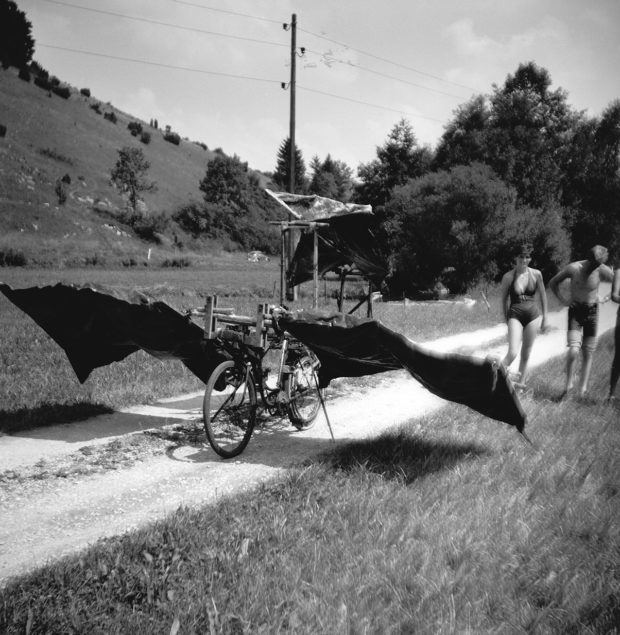 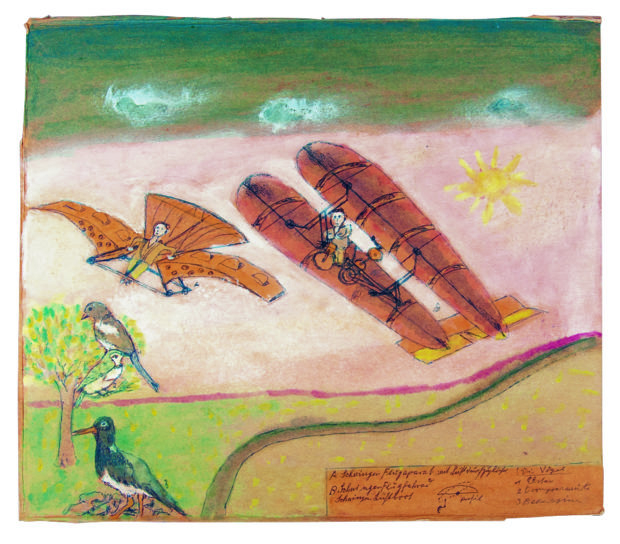 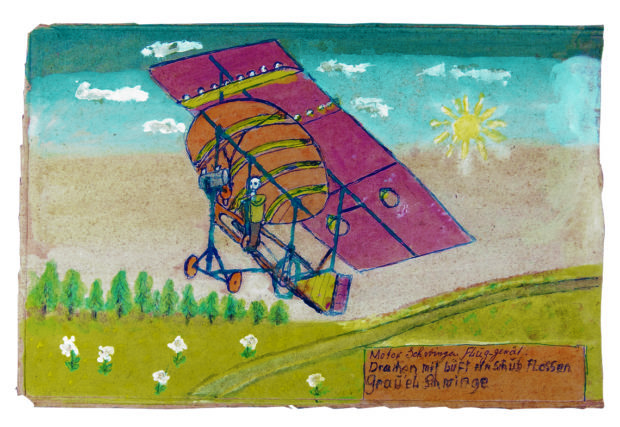 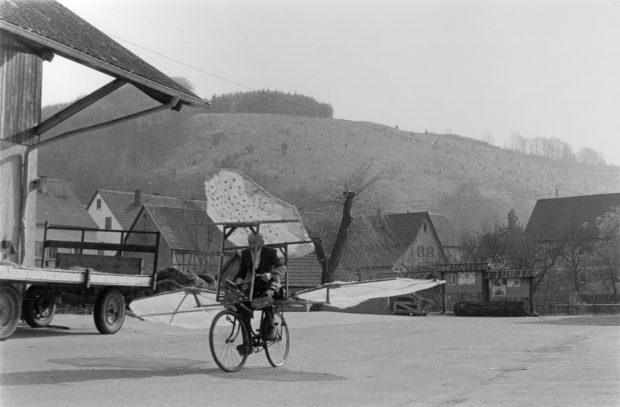 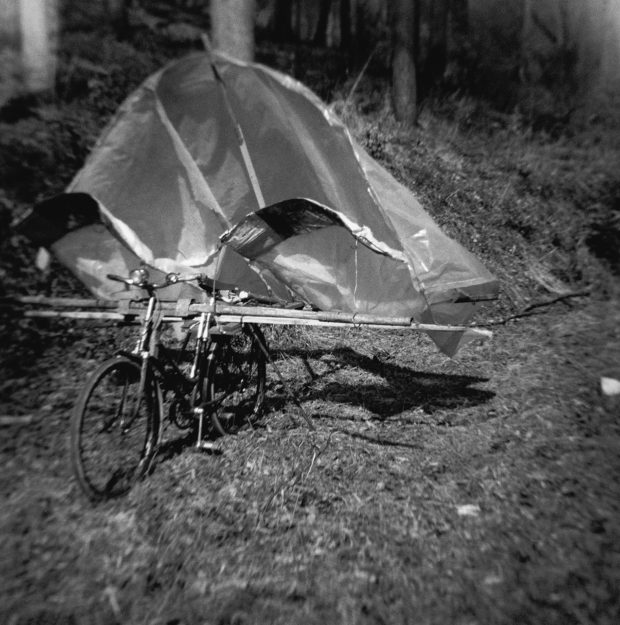 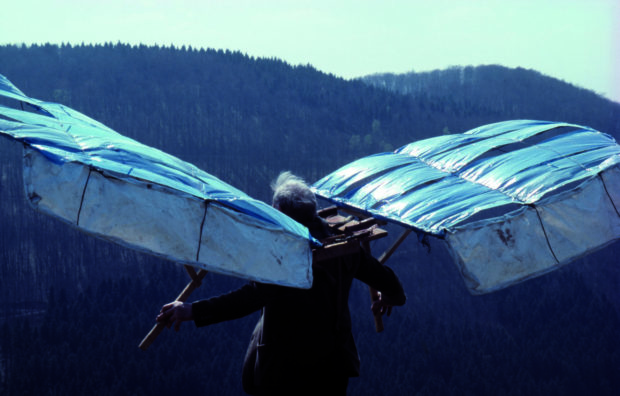