The fantastical world of Luigi Ghirri 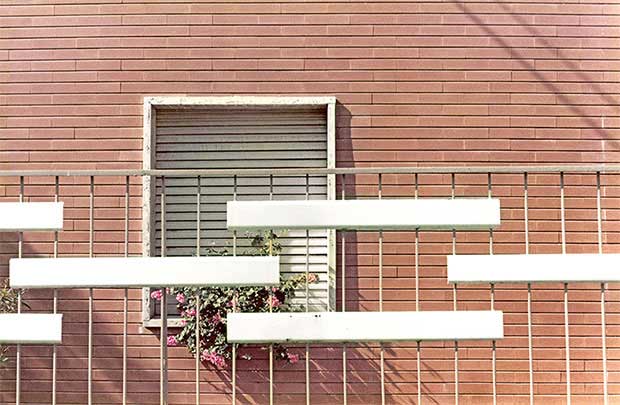 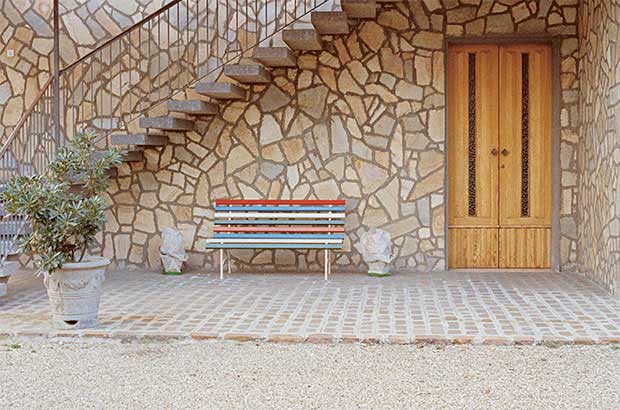 The art of order is imperative to the human condition. We appreciate the beauty and simplicity of everyday life: rows of trees and pots placed in unison; pastel-hued doors and shutters built in perfect form; white walls, white gates and white fences guarding our homes and the contents within.

At first, this seems ordinary, like something we’re born into – yet this particular type of decor and its impeccable symmetry connotes social status, a far-reaching ideology of living and, indeed, when captured through the lens of this photographer, notions of the surreal.

Thus goes the work of Italian photographer, Luigi Ghirri, whose Colazione sull’Erba series dances between fiction and reality. Born in Scandiano in 1943, Ghirri spent his working life in the Emilia Romagna region of Italy, where he produced an incredible body of work that rose to great prominence within the medium photography. He has been widely published and exhibited in his home quarters and across the globe, and, as stories of the greats often go, was at the height of his career at the time of his death in 1992. 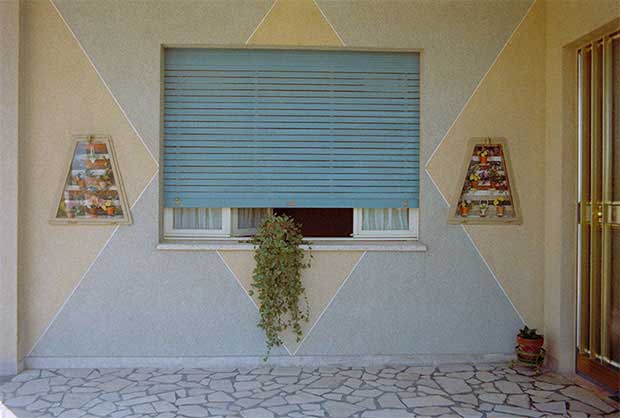 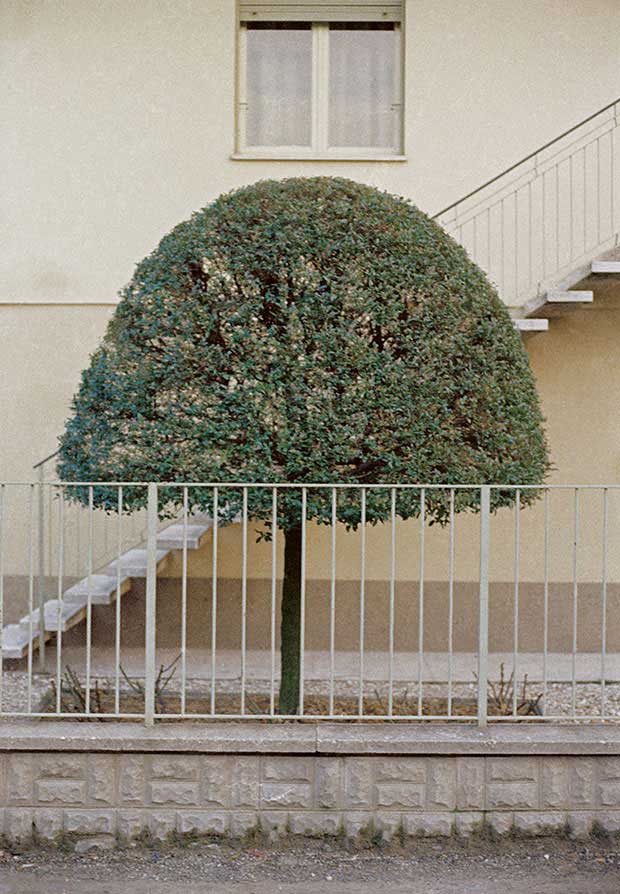 He first began working full-time as a photographer in the 1970s at the age of 30 – following a career as a building surveyor – and then proceeded to create numerous publications. His first book, Kodachrome, (1978) – republished by MACK in 2012 – was considered an avant-garde manifesto for photography and a pinnacle marker to his oeuvre. Concurrently, his first series Atlante (1973) featured his to-be-signature style of cropped landscape imagery, which came with a pinch of ironic wit and an anthropological engagement with his surroundings.

To say that Ghirri was a prominent artist of the late-90s would be an understatement. And to mark his profound influence on the medium, MACK has released Colazione sull’Erba (which translates to ‘Breakfast on the Grass’) – a series of photographs taken between 1972 and 1974 on the outskirts of Modena.

From 1970, Ghirri strolled the streets, squares, suburbs, and houses in his adoptive town of Modena, observing the profound and, in some ways, theatrical relationship between nature and the man-made environment. Having once stated that he “visited in an ironic and anxious manner,” this series, Colazione sull’Erba, expresses an unnerving yet charming documentation of Modena in all its well-formed glory. Featuring immaculate symmetries of cypress trees, and palm trees and cacti with their promise of somewhere else, each image, heavily influenced by conceptual art, blurs the line between what’s real and what isn’t.

In these photographs, he captures a world deluded within the artificial. By visually identifying these cultural codes – that is, well-kept lawns and the art of hedge-trimming precision – Ghirri questions the human desire to keep nature intact. Our affair with the environment is precious, delicate and necessary – so how should we treat it? With kindness and respect, or by turning the wild bushes into identical tiered cakes? Either way, whether it’s mocking, political or just aesthetically pleasing, the Colazione sull’Erba entices the viewer into a rose-tinted fantastical world that is completely mesmerising. 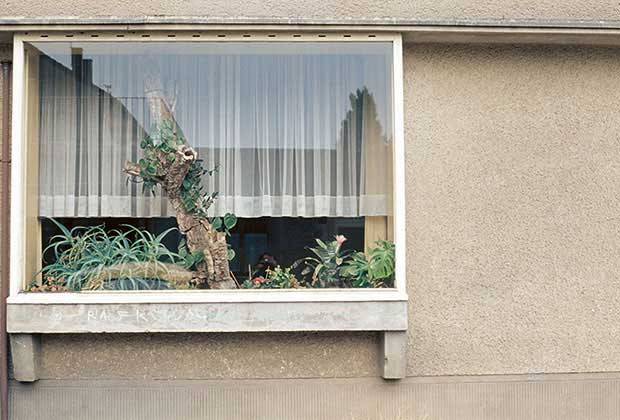 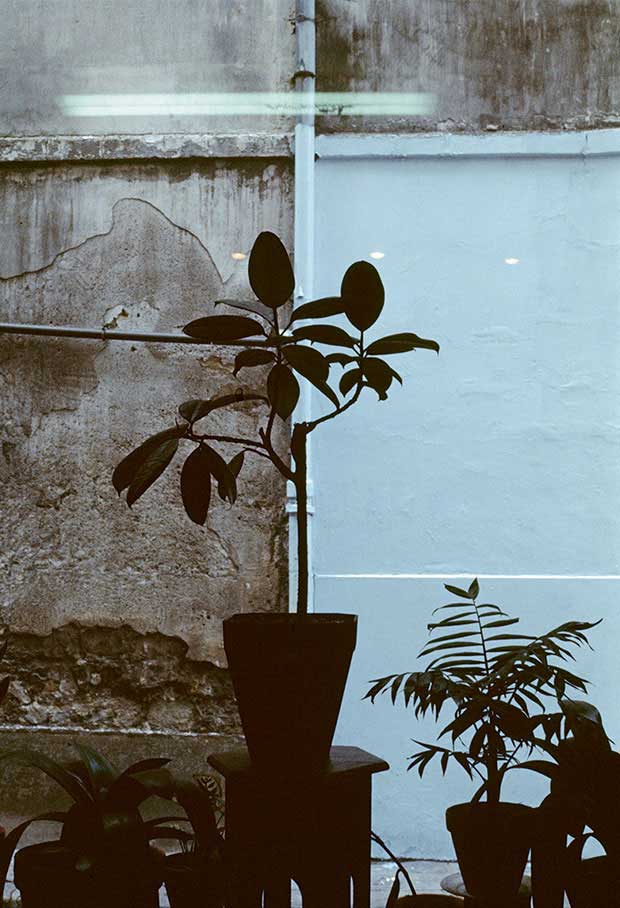 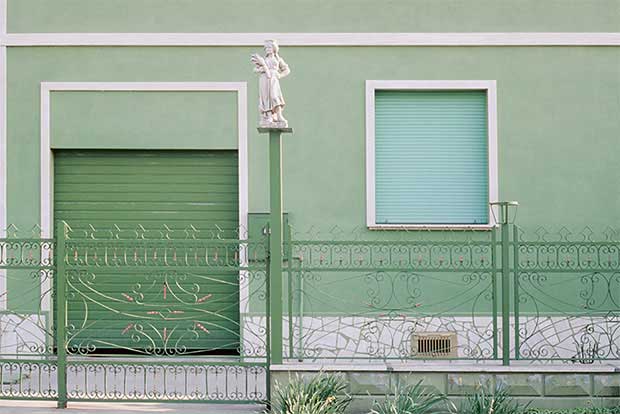 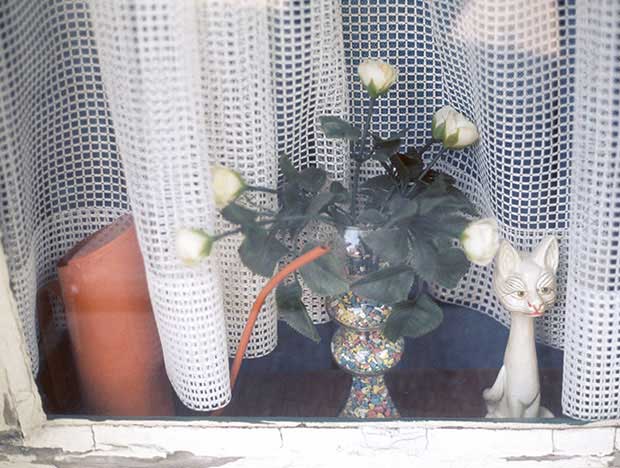 All images courtesy the Estate of Luigi Ghirri and MACK