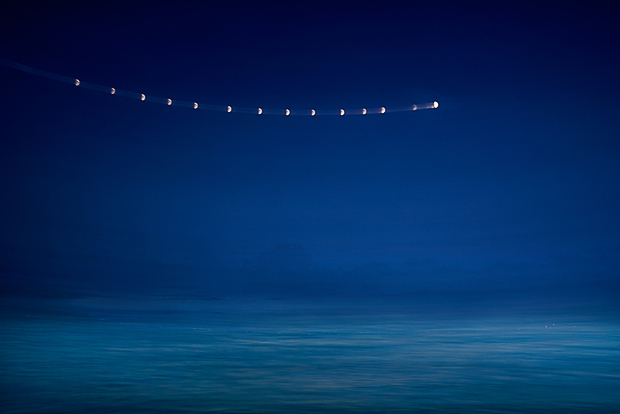 Working with a wide range of techniques that go from nineteenth century printing processes like the cyanotype and Van Dyke brown, to current day digital manipulation, Kellie Klein’s photographs are an irresistible invitation to doubt about the very truthfulness of our perceptions.

With her eerie scenes, clever use of negative space in her compositions, a fondness for depicting sometimes indistinguishable, blurred elements, Klein paints meditative and metaphorical images that pose to the viewer as a question, never as an answer.

A poetic mix of Turner’s famous watercolor paintings and Floria Sigismondi’s evocative aesthetics, her work has been the recipient of various accolades and has been shown in numerous universities, galleries, and museums throughout the world – from Chicago’s Cultural Center to the 2015 Exposure Awards at the Louvre. 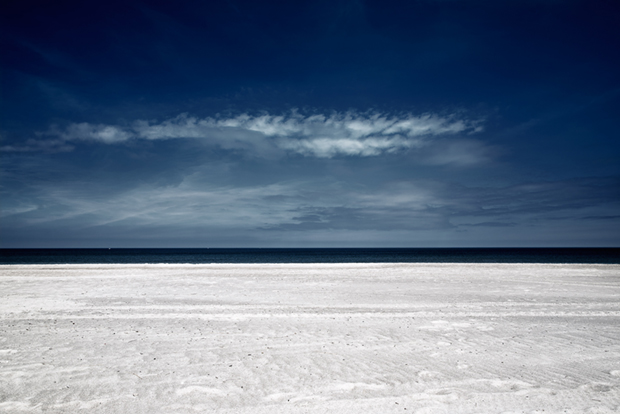 Her series, Meditations on Water, is a study on the restorative power of water, a thoughtful reflection over the parallels between the dynamics of lakes, rivers, and seas with our own emotions.

In Klein’s own words, the project is intended to “remind viewers that water is a natural phenomenon that is as vast, mysterious, and fragile, as life itself.”

We had the pleasure to interview her about the series.

Can you share a bit about your own personal connection to water? What are some of your earliest memories of water?
“I was born in rural Illinois and was very much aware of the importance of nature and water as I was growing up. My family would spend time in the spring searching for morels and wild asparagus, and planting a garden, so my sister and I were taught from a young age to respect and observe nature.

“My grandparents were farmers, and water, lack of water, and rain were often debated, contested, and prayed for.  I think these early experiences influenced my interest in the sublime aspects of nature. The way natural elements remind me there is always something else, much greater than oneself.”

Did the current state of water – such as climate change, rising sea levels, droughts – inform this body of work at all??
“When my husband and I moved from Chicago to the Indiana Dunes to raise our children, we moved near Lake Michigan.

“After seeing factories expel large amounts of pollution into, and onto the lake, then reading about the toxins associated with steel mills, I became very aware of pollution in the great lakes, and began assisting in frequent beach cleanups.

“I also taught environmental art classes to children, focusing on Lake Michigan, ocean garbage patches, and worldwide water shortages. During this time, I became more aware of the power and fragility of water.” 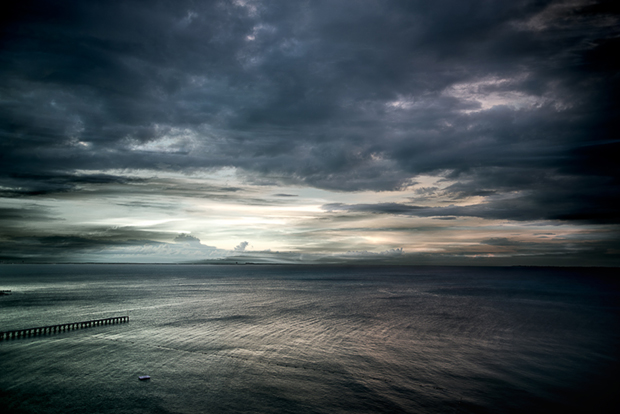 Elaborate a bit on the connection between the sea and the human mind: what patterns did you observe in the water that you’ve also observed within yourself?
“In 2008, my father was diagnosed with terminal pancreatic cancer and I found myself taking long walks on the shores of Lake Michigan to deal with my emotions. By the Fall of that year, my dad’s health was failing, and when I would head to the lake the waves would be pounding and raging. It almost seemed as if the water was conveying exactly what I felt.

“Other times that Fall, the lake would be perfectly calm, and I found myself very peaceful, yet melancholy. At this point, I began to realize that the lake could portray a vast range of feelings and was a perfect metaphor for human emotions. 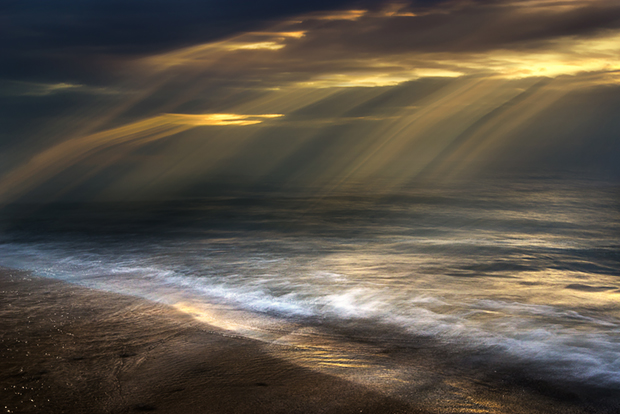 “Shortly after my dad passed away, my mom was diagnosed with breast cancer and I put everything on hold for a while. As I was spending time with my mother, and raising my children, I thought a lot about the ephemeral quality of life, and that was when I decided I would focus on photographing the emotive and meditative aspects of water.

“When photographing the emotional facet of water, what interests me is the perpetual conversation between the water and the sky. This dynamic is even more amazing when we realize that water has been around over 4 billion years, and is continually recycling itself.

“We could be drinking the same water and watching the same clouds as da Vinci, Plato, Jesus Christ, or the Buddha.”

Where did you make these images?
“While most of the images are made on the Indiana shores of Lake Michigan, some images are taken of oceans and seas, and others near large rivers and mountain lakes. I often use long exposures, motion, and light to portray what I see as fleetingly timeless moments of inner reflection.

“I hope that people who view the work will explore their own meditative sensibilities, and will see that water is as mysterious and fragile as life itself.” 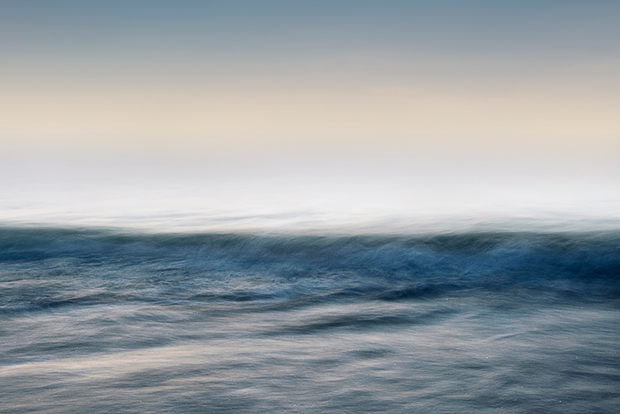