Thought-Provoking Photos of Children In Their Color-Coded Rooms 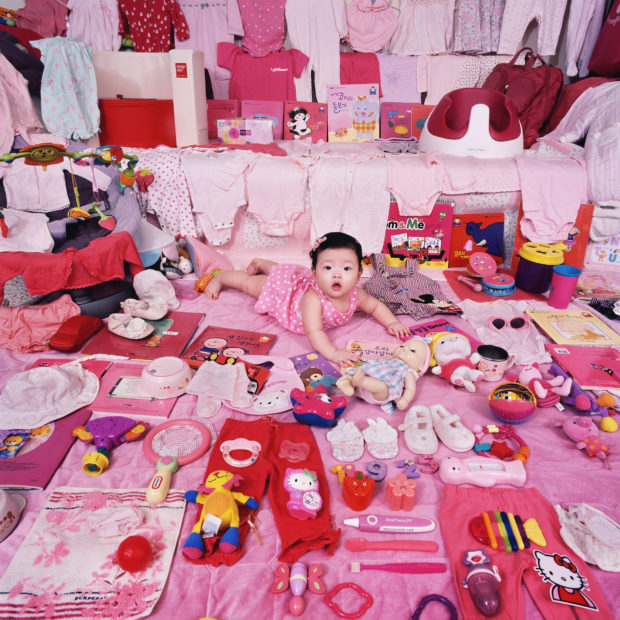 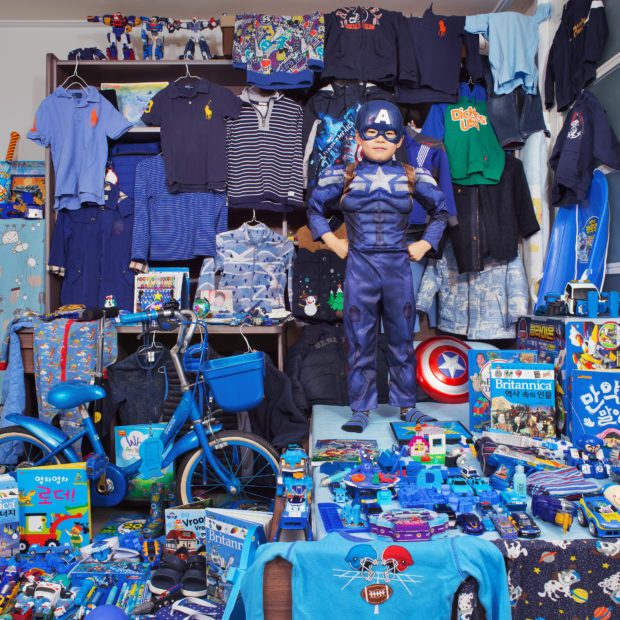 Color is many-splendored thing — a bouquet of sensations we often take to heart. Color evokes emotion and desire, excitement and reserve. It is both curious and telling that color would be genderized, with pink and blue, two opposite ends of the spectrum, used to delineate the poles on the binary. Where pink was once the color of masculinity, drawn from the power of red, it was viciously emasculated on July 18, 1926 when the Chicago Tribune ran a notorious, unsigned editorial headlined, “Pink Powder Puffs.”

In it, the author attacked film star Rudolph Valentino, holding him to blame for the installation of a face-powder machine inside a public restroom for men on the North Side. It was a reach, one that was as bigoted and disrespectful as anything you would see today:

A powder vending machine!  In a men’s washroom! Homo Americanus! Why didn’t someone quietly drown Rudolph Guglielmo, alias Valentino, years ago?… Do women like the type of “man” who pats pink powder on his face in a public washroom and arranges his coiffure in a public elevator?… Hollywood is the national school of masculinity. Rudy, the beautiful gardener’s boy, is the prototype of the American male.

It was a sentiment that the American public loved, one that held fast as the color pink received gender reassignment. Blue, which was traditionally for girls, was given to boys, and once complete, the color/gender binary became the latest socially constructed fait accompli.

Because gender is assigned at birth along with sex, paroxysms of cultural hysteria follow in the simplest of terms, when the seeds of identity politics planted in something as inherently universal as color itself. It’s popular because it’s easy — and just a little too obvious.

But sometimes, you can’t see it until it’s arranged in such a way that the undeniable truth is taken to absurdist heights. In JeongMee Yoon: The Pink and Blue Project (Hatje Cantz), Seoul-based photographer JeongMee Yoon sets out to explore the striking intersection between color, gender, and late capitalism.

The artist felt inspired to begin this project in 2005 when she noticed her daughter’s love affair with pink was approaching obsessive heights. “She wanted to wear only pink clothes and play with pink toys and objects,” Yoon writes in her artist’s statement.

“I discovered that my daughter’s case was not unusual. In the United States, South Korea, and elsewhere, most young girls love pink clothing, accessories, and toys. This phenomenon is widespread among children of various ethnic groups, regardless of their cultural backgrounds.”

The children look pleased and proud, though it is the babies who simply look that are the most profound. They are placed inside a wavelength, given a base frequency, and thus a basic imbalance reveals itself. It’s a preference in as much as options are erased, much in the same way the gender binary fails to speak of trans, non-binary, and gender non-conforming individuals.

“I shop therefore I am,” Barbara Kruger famously opined, and though these children are not yet cashing checks, they are groomed to become the perfect customer — one who sees things as an extension of self, right down to that which is intangible, a wavelength of light. 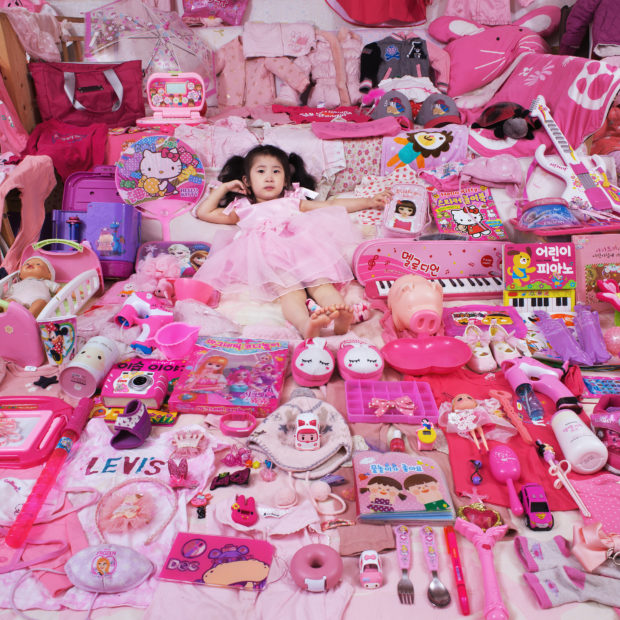 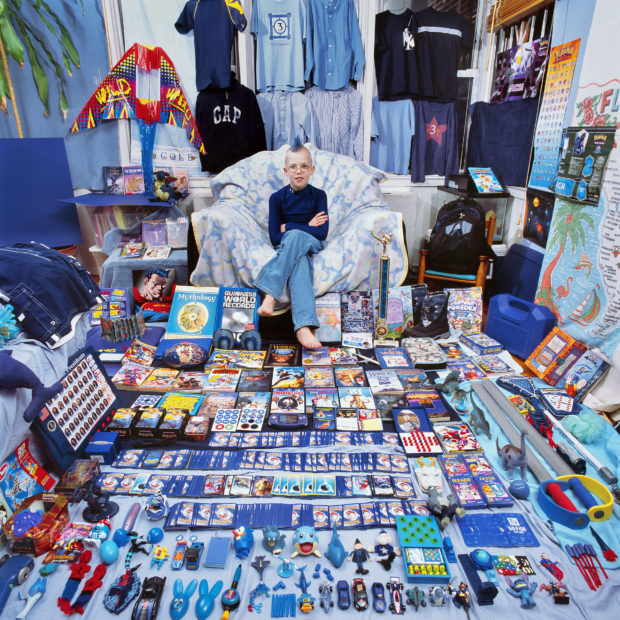 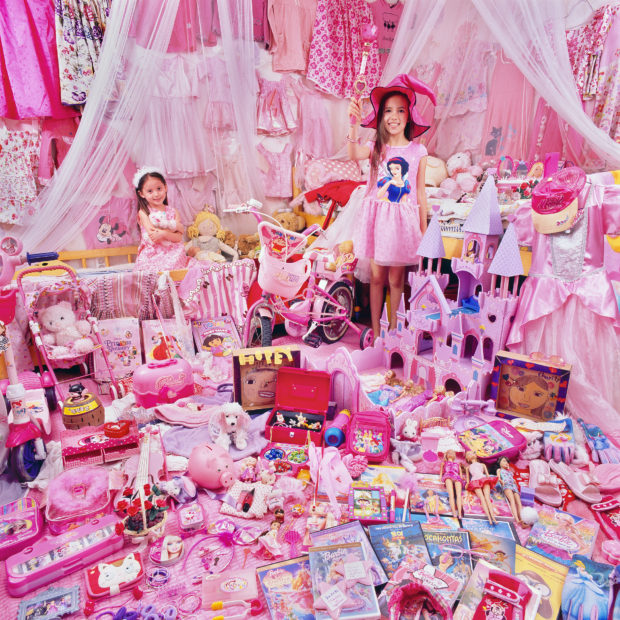 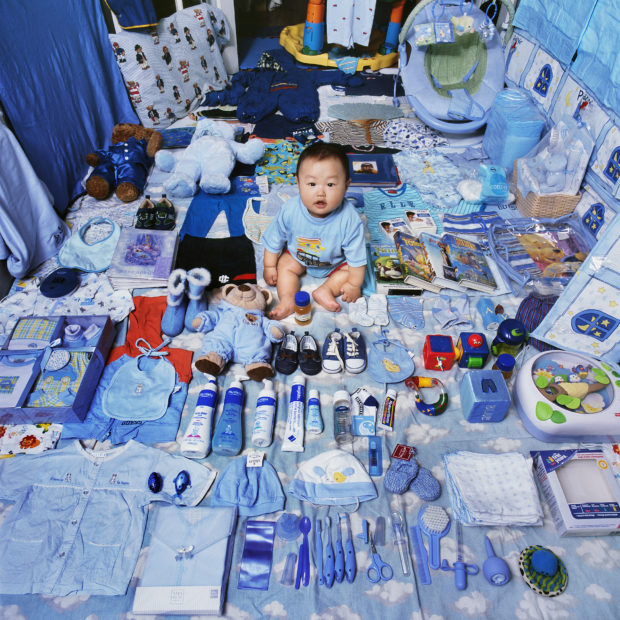 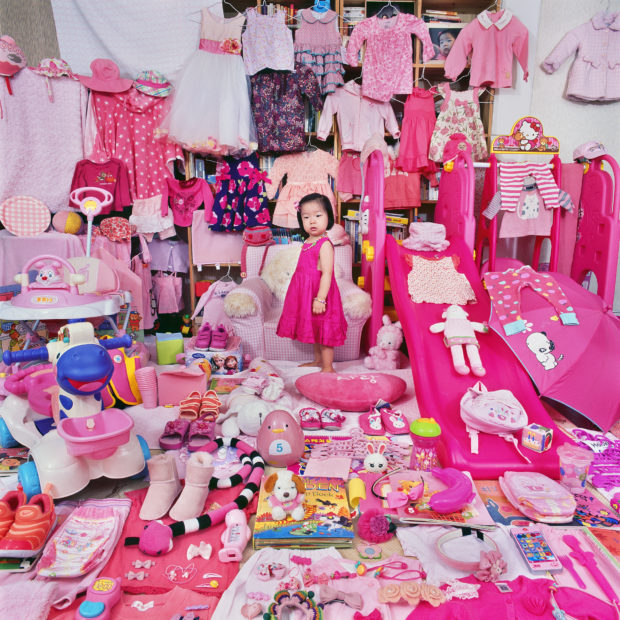 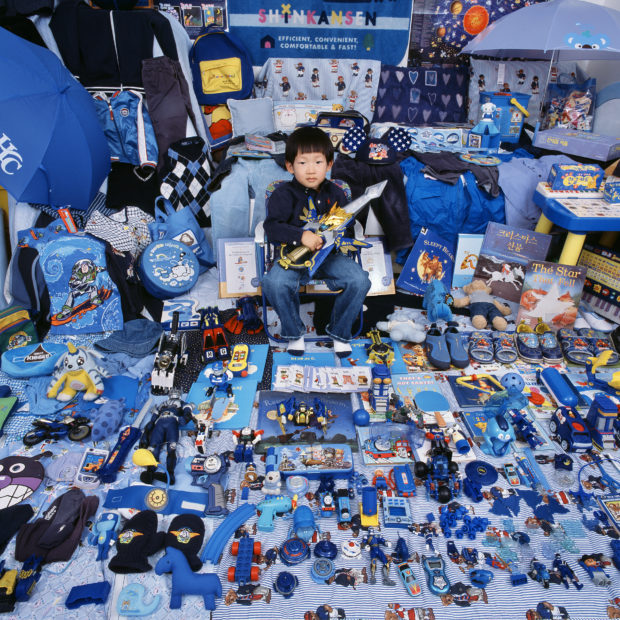