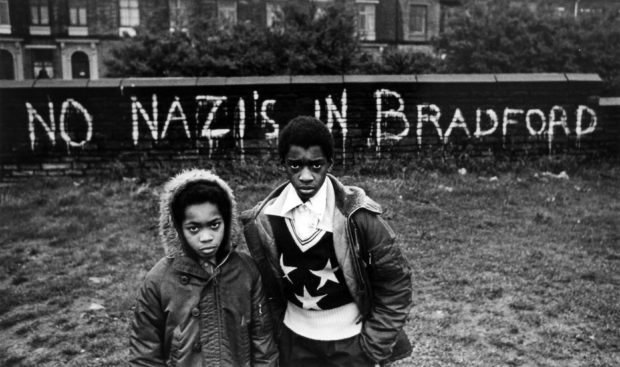 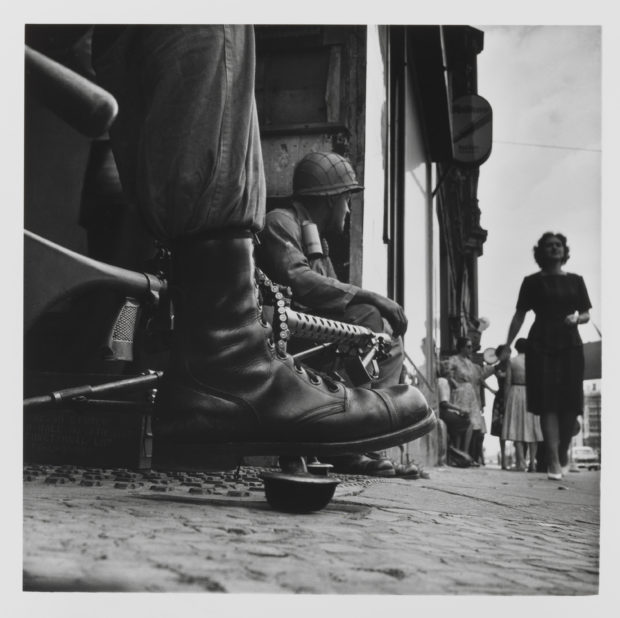 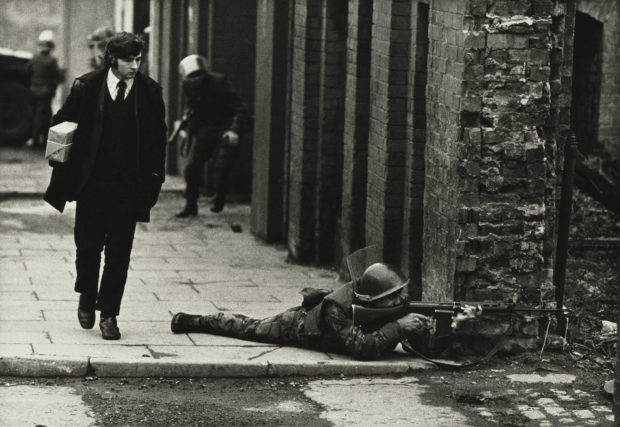 At the age of 83, British photojournalist Sir Don McCullin decidedly declared, “I’m not an artist” — while standing inside a major retrospective of his work now on view at the Tate in London through May 6, 2019.

“I’ve been struggling against that word all my life,” McCullin told The New York Times. “The American photographers all want to be called artists. I’m a photographer and I stand by it.”

But don’t be quick to try to label McCullin any further. A genre photographer he is not. Despite efforts made to describe him to a “war photographer,” McCullin resists summing up his life’s work in such narrow, reductive terms. As a photojournalist and documentary photographer, McCullin’s interests lie in focusing his attention on the difficult truths about humanity on the home front and abroad.

Whether covering conflict in Cyprus, Vietnam, Cambodia, Biafra, Congo, Bangladesh, Northern Ireland, Beirut, Syria — or looking at poverty and working class life in the UK, McCullin uses the camera to explore the underlying humanity — or lack thereof — at the core of conflict, oppression, and trauma.

McCullin got his start in the 1950s when he began shooting his friends, members of a local gang known as the Guvnors, in a working-class neighborhood in North London. The Guvnors’ reputation was substantial enough to make the photographs a newsworthy occasion, and McCullin soon found himself shooting for The Observer newspaper.

As a young man on the frontlines, McCullin initially felt a rush — but all of that energy would dissipate when he landed in Biafra in 1968 and saw the effect of war on children. The surreal, dissociative sensation that one is watching a movie — which violence so often breeds as a way for the mind to deal with shock — completely disappeared from McCullin’s work.

In its place came something more rich and profound: a tapestry of emotions that rise up from our deepest wells of empathy. Without the patina of glamour and heroism that depictions of war frequently convey, what is left is a visceral understanding that that evil walks among us each and every day.

It is the same evil that leaves people homeless, or trapped in cycles of generational poverty. It is the evil that comes from a power that is as corrupt and brutal to its enemies as it is to its own citizens. It is passed from parent to child, resulting in an image like Young Christian Youth Celebrating the Death of a Young Palestinian Girl, Beirut, which McCullin made in 1976.

Here, a 16-year-old girl lies on her back, arms spread wide like Christ on the cross, as five young boys shouted to McCullin to take their photograph. Without the title, you might not see the girl at first — but then when you do, you start to grapple with the ugly truth. Humanity, for all its blessings, is truly a scourge.

McCullin acknowledged to the New York Times that he is haunted by what he has seen and the photographs he has made, revealing, “I think about it all the time. I don’t have any freedom from it.”

The horror of trauma is what it does to the soul, whether it eats away at your being as it does McCullin, or it takes children and transforms them into bloodthirsty ghouls. McCullin’s life work is a reminder that looking is the first act of awareness: we see, we focus, and we acknowledge. This is the start, but it is not the end. Once seen, it cannot be either unseen or undone. It exists to be contextualized and understood — if only for the simple but seemingly impossible task of learning from the mistakes of the past.

The exhibition catalogue, Don McCullin (Tate Publishing), will be released on April 30, 2019. 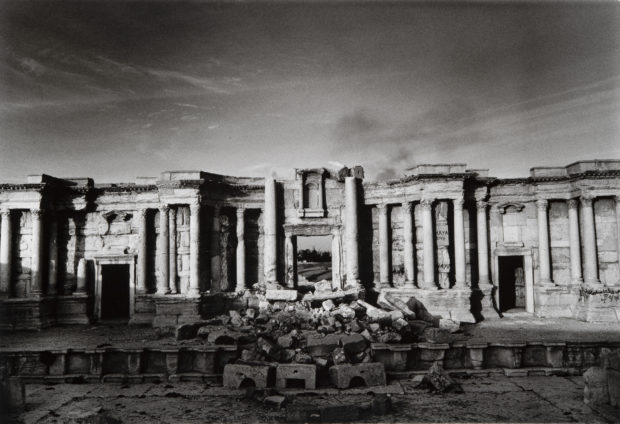 The theatre on the Roman city of Palmyra, party destroyed by Islamic State fighters 2017 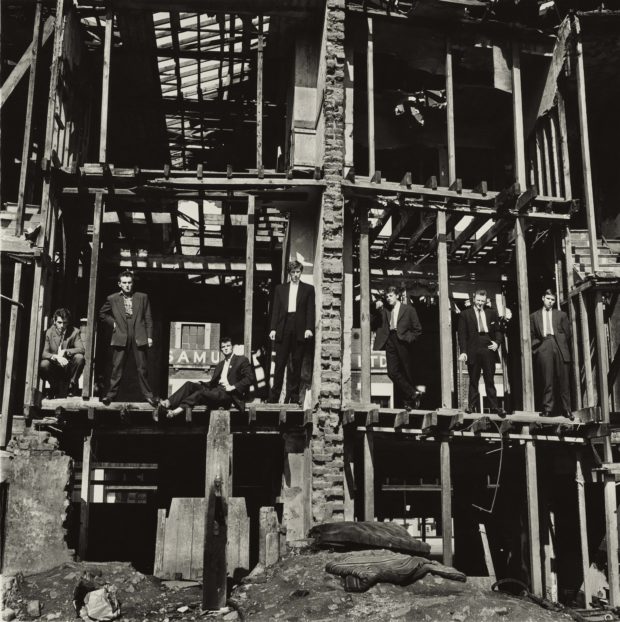 The Guvnors in their Sunday Suits, Finsbury Park, London 1958 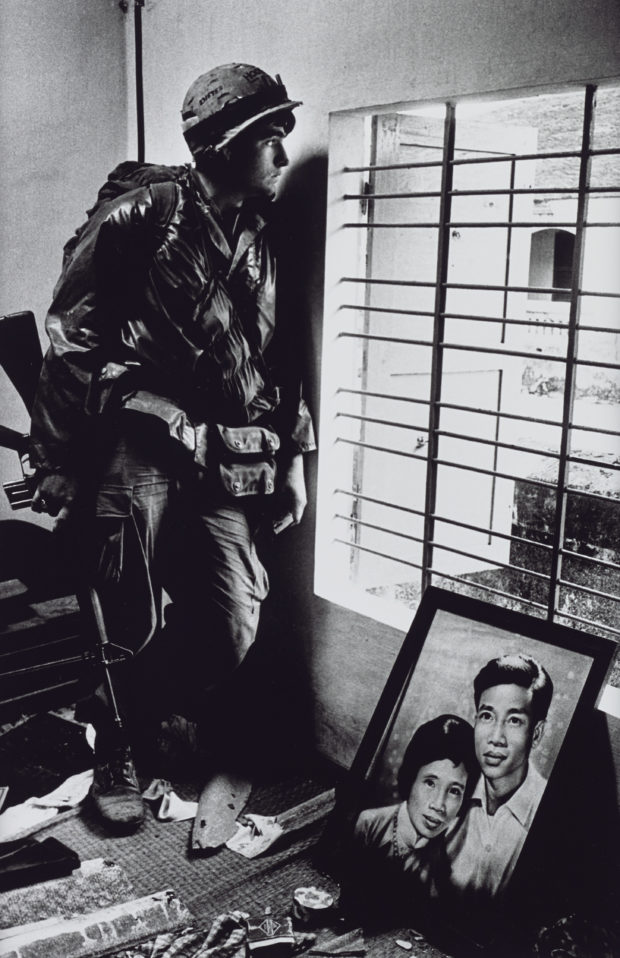 The Battle for the City of Hue, South Vietnam, US Marine Inside Civilian House 1968 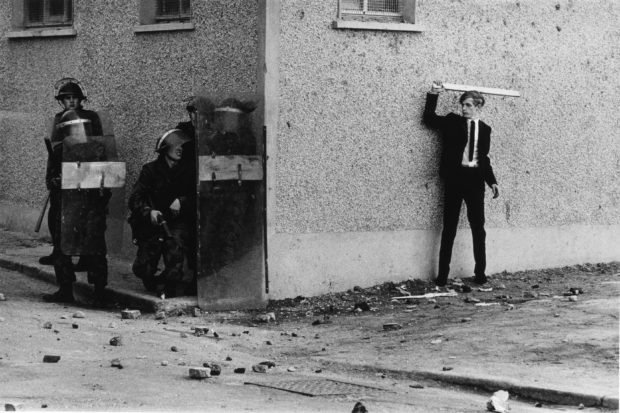 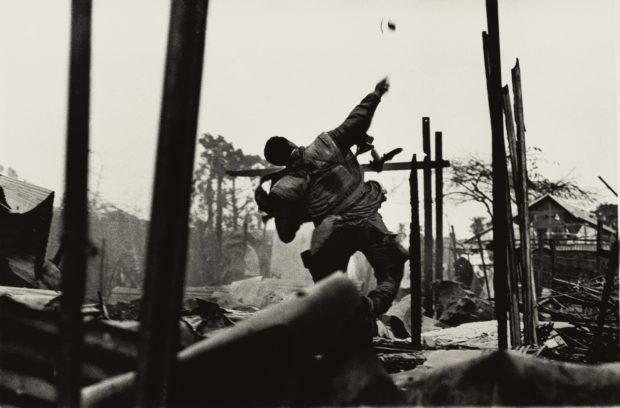 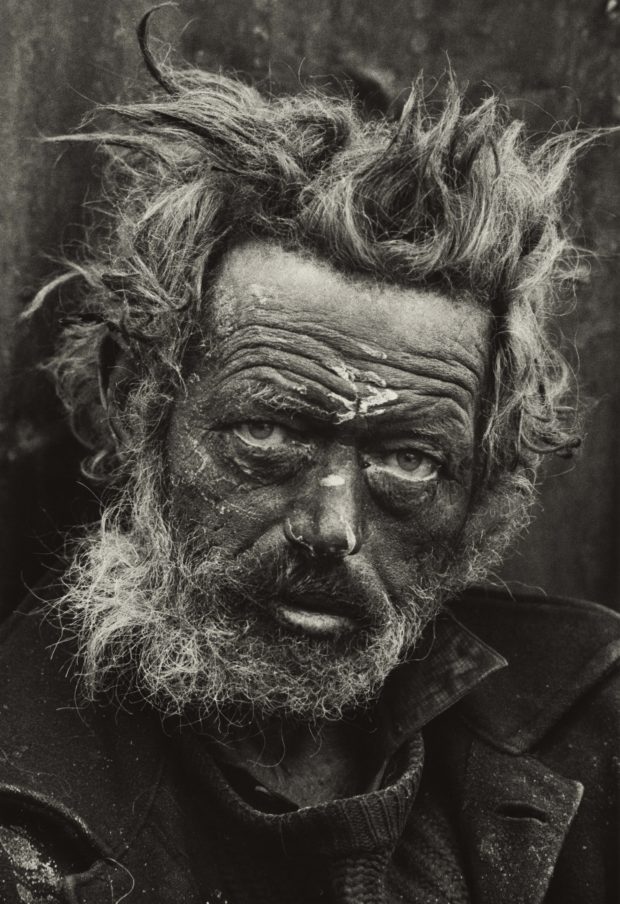 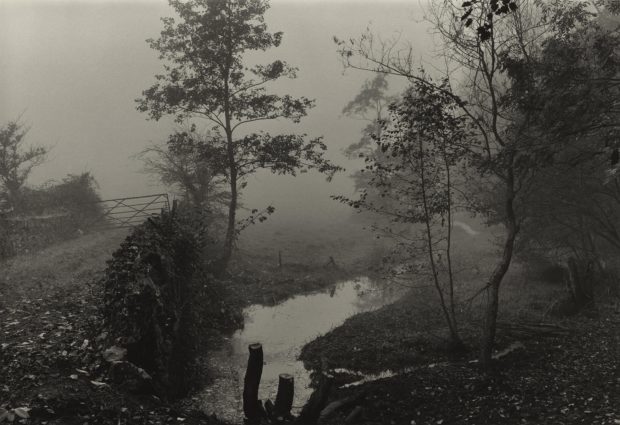 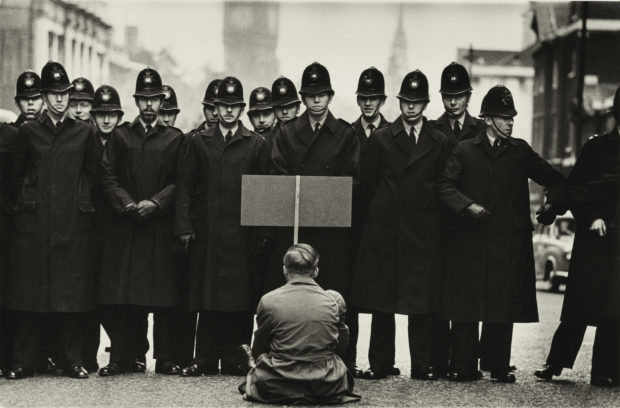