An Elegiac Portrait of Jim Crow America in Black and White 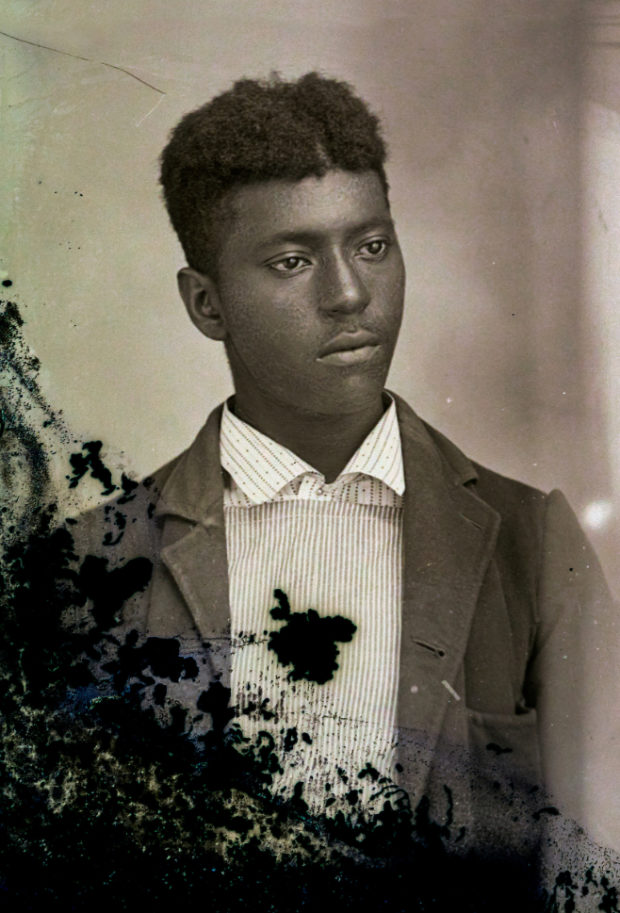 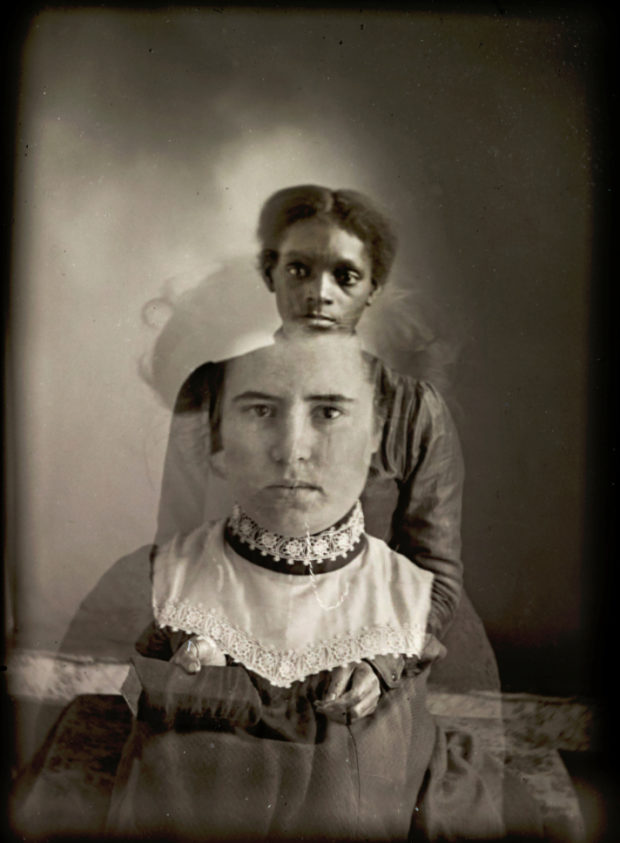 At the age of 20, Hugh Mangum set forth on a journey as an itinerant portraitist working in North Carolina and Virginia. The year was 1897, and the future was bleak as the peace of Reconstruction was undone by the perils of a new evil on the horizon. Jim Crow, as America has named its system of apartheid and oppression, began, bringing forth the horrors of lynching and the arrival of the Ku Klux Klan.

Over a period of 25 years, until his death in 1922, Mangum created photographs of the American South during a time when laws like 1896’s Plessy v. Ferguson, legalizing segregation and local Black Codes that severely limited black people’s right to vote, education, property ownership, and movement. In the 1970s, Mangum’s archive was discovered inside an old tobacco barn that had been set for demolition and saved at the last moment.

With an open-door policy at his studio, all the world who could afford it donned their Sunday best and sat before Mangum. Using a Penny Picture camera, which allowed for up to 30 exposures in a single glass plate negative, Mangum delivered the classic fine, flat-field image with a graceful fall-off on the edges. The photographer engaged his subjects to reveal slivers of themselves with each new frame, capturing moments of unassailable emotional truth that speak to the human condition on the cusp of modernity.

In Where We Find Ourselves: The Photographs of Hugh Mangum, 1897–1922, now on view at the Nasher Museum of Art at Duke University through September 1, 2019, we encounter Magnum’s subjects, and Mangum himself, as the man behind the curtain, creating this incomparable body of work, which is beautifully detailed in a catalogue the same name from the University of North Carolina Press and CDS Books of the Center for Documentary Studies.

Like Nadar in Paris during the 1850s, Mangum honed in on the psychological state of his sitters. The results are telling portraits of Black and white America in the South during some of the most brutal years of homegrown terrorism. The eerie shadows of untold histories emanate from behind the eyes of men, women, and children who keep themselves calm and composed in what may be considered almost Calvinist repose.

Rare are the sitters who break from the norm of the serious, somber, and stoic. A teen girl hitches herself atop a bike, her lips pressed together in determination. Two teen girls stick their head through the pages of a newspaper — influencers well ahead of the game, both smiling, one being so bold as to bare teeth. Another young woman goes the distance for a full laugh, her eyes closed, her teeth showing, her mouth open and ready.

It was, lest we forget, vulgar and coarse to display and semblance of pleasure for posterity. But those young American girls had the privileges of race, position, and wealth to flout society’s strictures if they so wished. It stands in marked contrast to the face of Black men and women, who are composed, faces of resilience against everything the country had done to take from them what they are owed.

The restoration of Magnum’s work to the public eye takes his work further than it had ever traveled within his own times. It is a testament to the importance of documenting the world in which you live and preserving the work, so that we can see the faces of the ancestors silently speaking to us today.

Their images have survived against the odds, as well as the degradation of time that adds a beautiful, poignant touch. But it is perhaps that accidental double exposures that lend an element of poetry to the work, speaking of intersections we may never know beyond the metaphors presented here, histories that have gone to the grave, forever laying in wait — like these images — to be revealed. 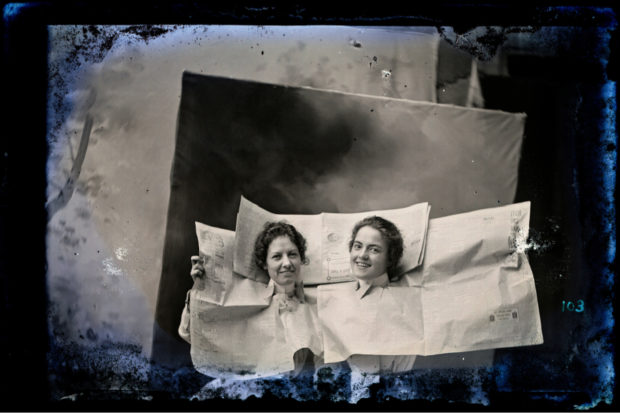 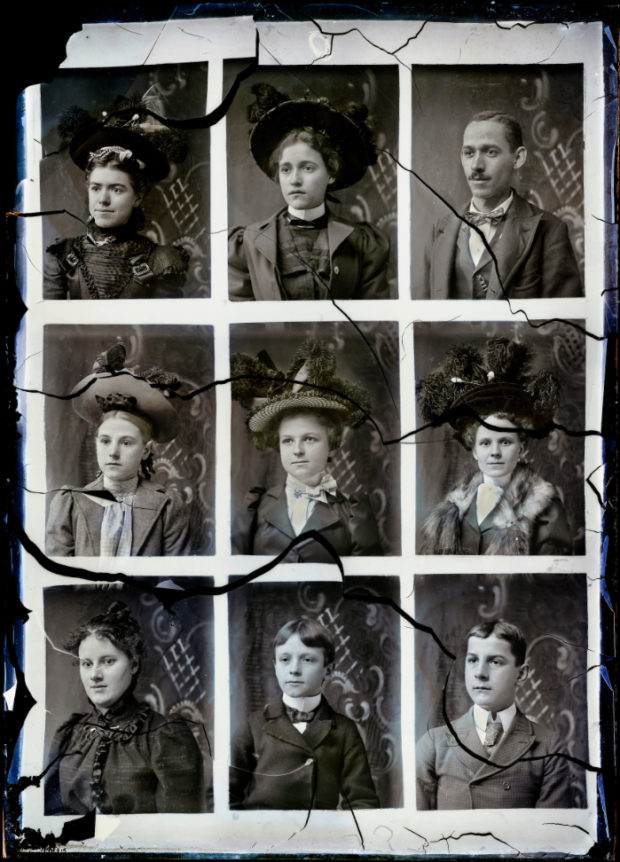 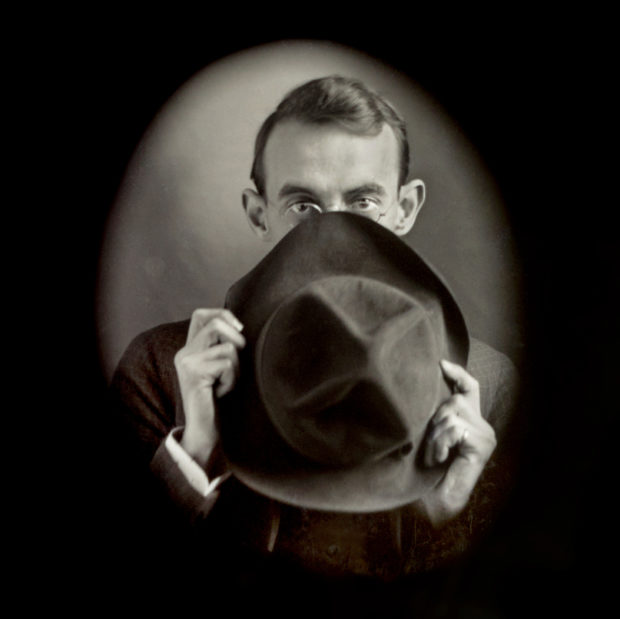 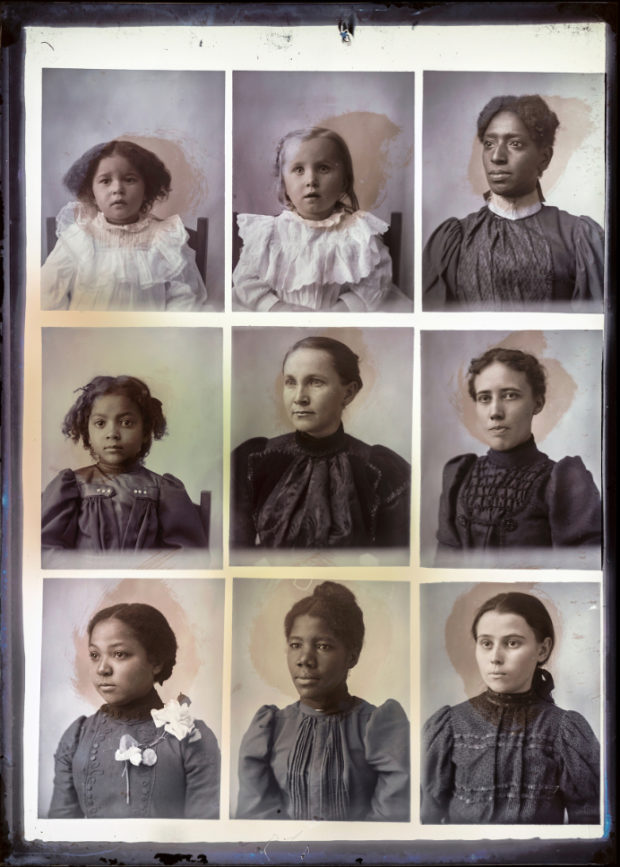