The Death of a Parent, Captured in Photos 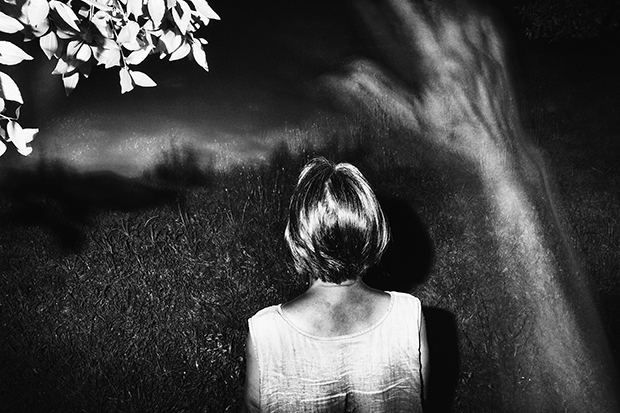 “Sometimes I feel like I am in a bad dream.” 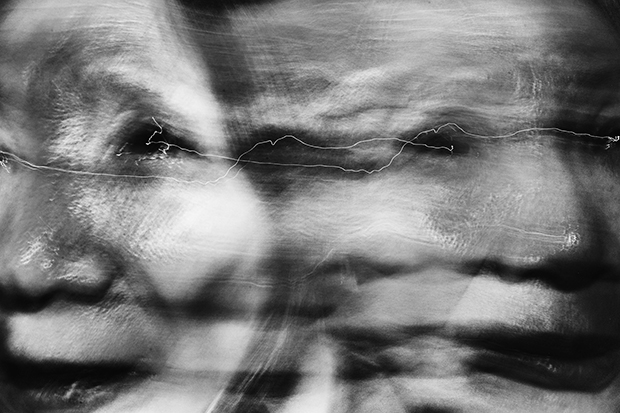 “Everything is aimless and hopeless. I have lost my direction and I don’t know where to go.” 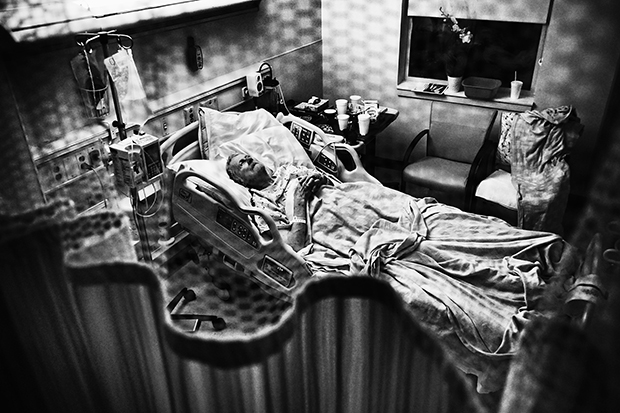 “Your dad was suddenly lying there in a hospital room. The man I loved.”

The photographer Argus Paul Estabrook remembers his mother calling him from the hospital, and he remembers flying from Seoul to be with his family in the United States. But much of his father’s battle with pancreatic cancer remains a blur. By the time he was diagnosed, it had already reached Stage 4, and when it was all said and done, Estabrook‘s father would live for only three more weeks. “Time was really jumbled like that one drawer where nothing is in the right place,” the photographer admits. “Memories become fractured and mixed together.”

This Is Not an Exit is a poetic recounting of his father’s illness and its aftermath. Initially, the series wasn’t meant to be anything more than a way of coping. It was his father who had first introduced him to photography early in life, and documenting his final days was almost instinctual. “During that time, everything was happening so fast,” he tells me. “I was just trying to hold on to something. That turned out to be my camera.”

Later, after his dad had passed away, he and his mother returned to the photographs he’d made and spoke about what had happened. In the final project, he’s paired her words with his images. In this visual and verbal duet, they revisit the past, exist in the present, and wonder about the future. Their memories of that period are isolated and preserved by the specificity of the photographs and text.

For decades, scholars and artists have suggested that photography can, in some sense, transcend death by preserving the likeness of our loved ones, but This Is Not an Exit is a reminder that, at best, the camera only bears witness to our losses. If we’re lucky, perhaps we can slow the clock a bit, but there’s no softening the blow once it comes.

Estabrook uses words like “map” and “navigate” when describing this body of work, and in many ways, his photographs and his mother’s words stand as signposts for all the others who will inevitably follow in their footsteps. The road through grief is never a straight line, but by walking it together, this mother and son have helped chart its course. We asked the photographer to tell us more about the process. This project was chosen for the Critical Mass Top 50 from Photolucida; see the full series here. 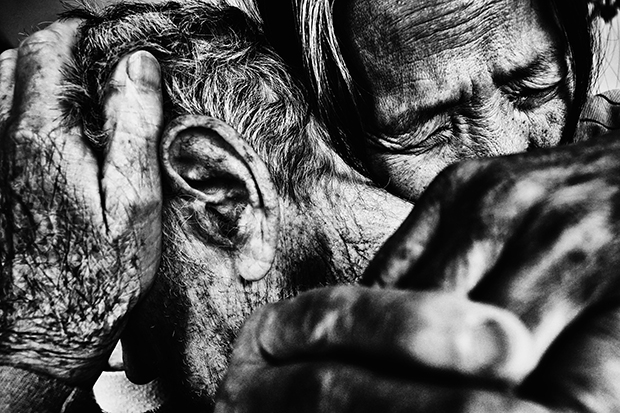 “I just wanted to share his pain. If I could take all of his pain, I would.”

How did your mother and father respond to your wish to document such an intimate period of your lives?
“Talking to Dad and shooting a few shots at the hospital, I got the sense he was relieved knowing his feelings were being recorded. I gave him as much of my attention as I could, and I believe that gave him comfort. Recording and listening to his stories brought us closer together during that trying time. To know someone is actually listening can change your whole outlook for the day.

“My mother, however, was not as comfortable at first with me shooting something so personal, but I remember Dad asking her to let me shoot anything I thought important. After Dad departed, Mom and I began looking at some of the images together as a way to talk about what had happened. They allowed us a point of entry to talk about things that were painful… things that need to be expressed but often get stuck inside the soul.” 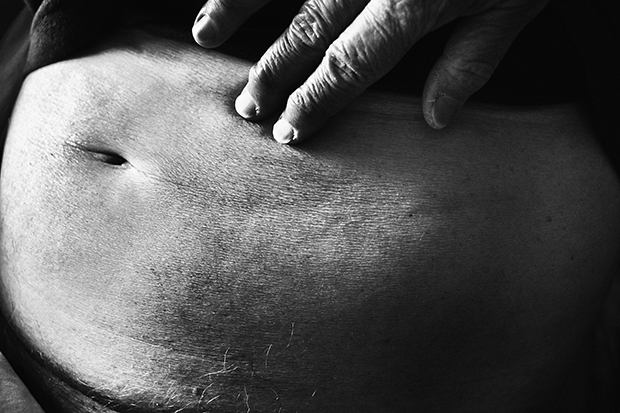 “Gently touching his skin, I could feel his lumps. His body was changing so we had to change, too.”

Did your father speak to you about the project itself?
“My dad and I never spoke about the project because it wasn’t one yet. And he never saw the images because his body just went downhill so fast. Those days were mentally and physically exhausting for everyone. Looking back, I don’t even know how some of these images were made. Towards the end, he started to decline rapidly, so I left my camera near his bedroom to be able to catch moments when I could.”

Were there any moments you chose not to photograph?
“There were many moments I couldn’t photograph because I was also helping care for him. Making photographs came second to his comfort. But I really tried to photograph as many moments as I could no matter how difficult. For me, photography has always been a way to organize my thoughts. This was my way to figure out my feelings and not hide from them.

“Yes, there was pain, but for me it was tied to a deep numbness I didn’t want to fall into. If I saw something that resonated with me, I took its image and used that as a reminder to not close off my heart. I want to remember the hurt because forgetting it would be a disservice to the courage my dad displayed.” 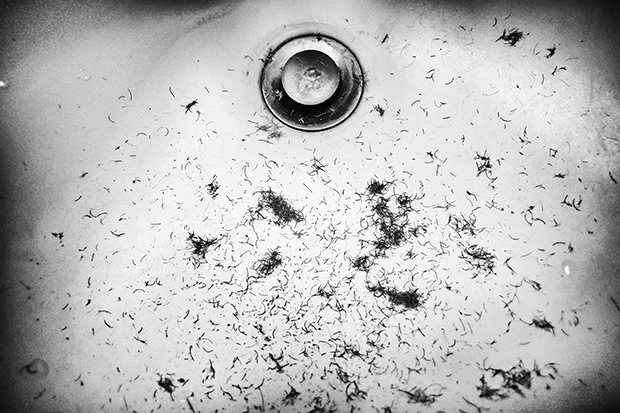 “Even though he was sick, he wanted to be a man and do things on his own.”

Might you tell me about your mother’s initial response to seeing the images?
“Everyone was in a dark place after Dad departed. It was hard to talk about what had happened because he left so quickly. Only three weeks. We had a grief counselor, but heartache doesn’t keep a schedule. After a few of those sessions, I had the idea to show Mom the photos as a means to open up. I found it allowed us to talk about some difficult subject matter. The months following, I turned the camera on her, trying to use the camera again as a way to bridge our thoughts about everything.” 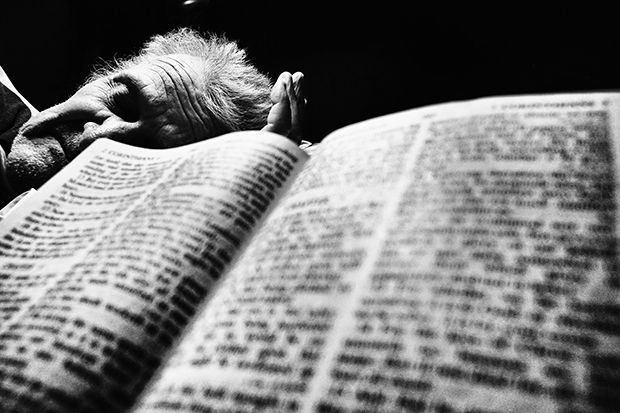 “He accepted he was dying and often asked me to read the bible to him. He never did before.”

This series has changed over time, including an edit to the sequence. Why?
“As artists, I believe it’s our responsibility to listen to the needs of our artwork and I felt like I could hear it call for some specific changes. The project wanted to sing more like a poem and act less like a documentary. I’m hoping the project’s evolution creates a more inclusive connectedness for readers who discover it. On a personal note, I also made these changes so I could transition more smoothly into the next chapter of my life and photographic journey. In fact, I now see This Is Not an Exit exactly as that–a chapter–which I can’t help but use as a point of departure into the next unknown one. ” 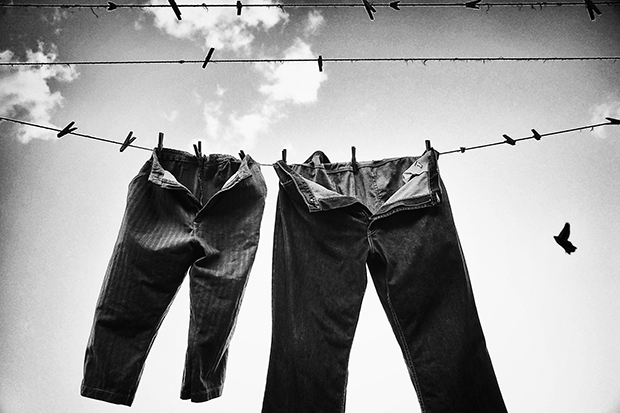 “His pants were so big… I was always beside him. We were always together.”

What lessons or impressions from This Is Not an Exit will you carry with you into the future?
“I guess, outside of the personal memories, this is what has been impressed upon me most: how time completely changes. One second there’s beauty in the room, and the next it is all terrible and surreal in the worst way, and then suddenly you don’t know what day or week it is.

“I’ve tried to portray the slippage of time in this story because I’d like others to understand that it’s one of the most confusing aspects that occurs during a major loss. Add to that the layers of emotion one must navigate through, and grief can feel like walking in a fog at midnight. I hope by sharing these photographs, others will know that we aren’t alone on that journey. The most important thing we can do is to find ways to reach out and keep talking.” 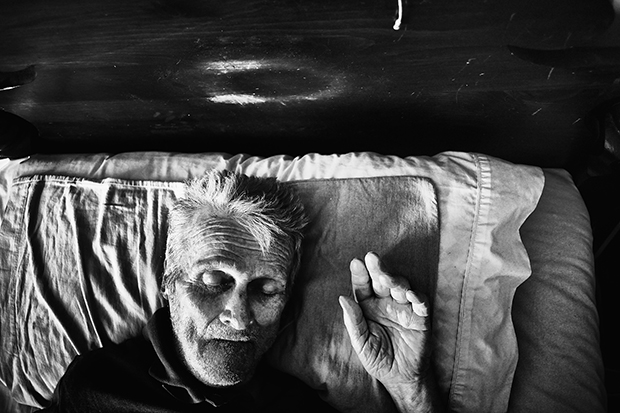 “He was a very good man and he tried his best to give me a good life. He always listened to me.” 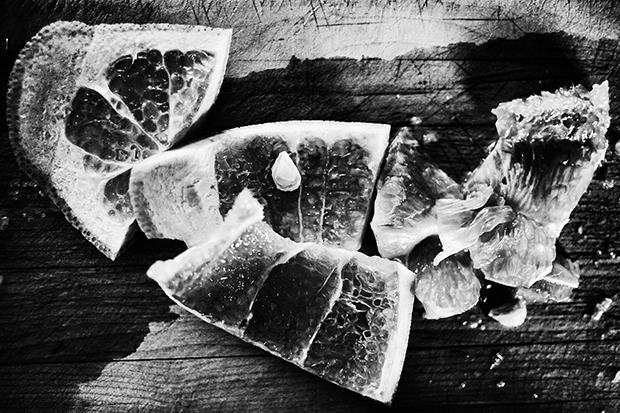 “Taking care of him had been a full-time job but if I had one more chance, I’d do it all over again.” 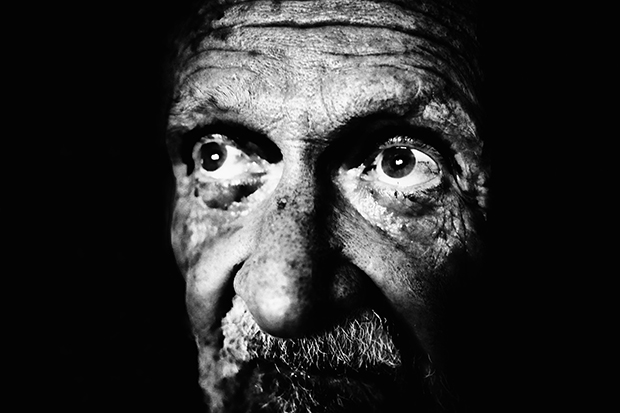 “Every night I prayed to cure his disease, to cure his cancer. I was hoping for a miracle.” 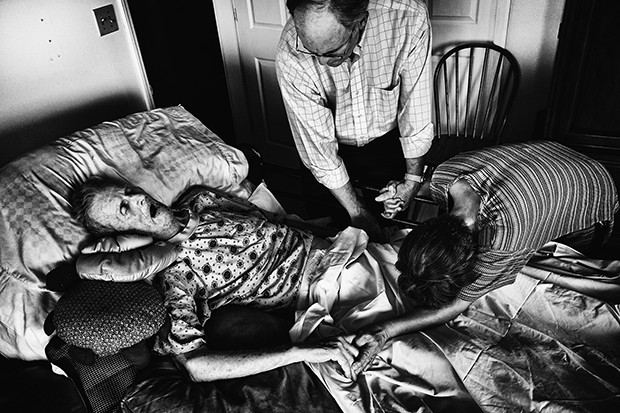 “I was so relieved when the reverend came. Together we prayed for comfort and forgiveness.” 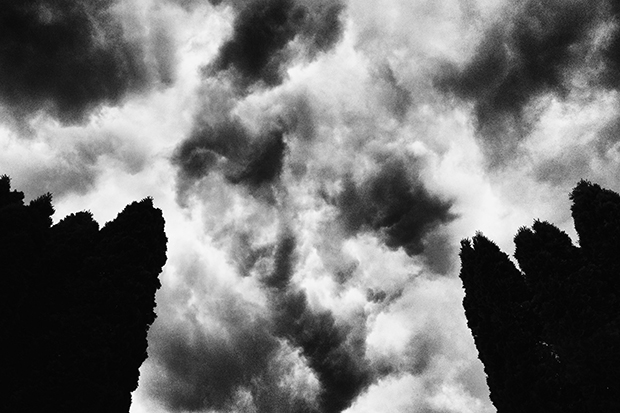 “The storm hit us quick. Lots of thundering. Just like my heart. Thundering.” 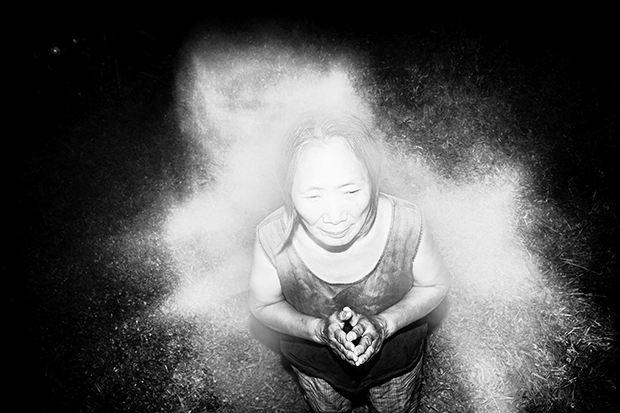 “I’m trying to find hope but inside still echoes emptiness.” 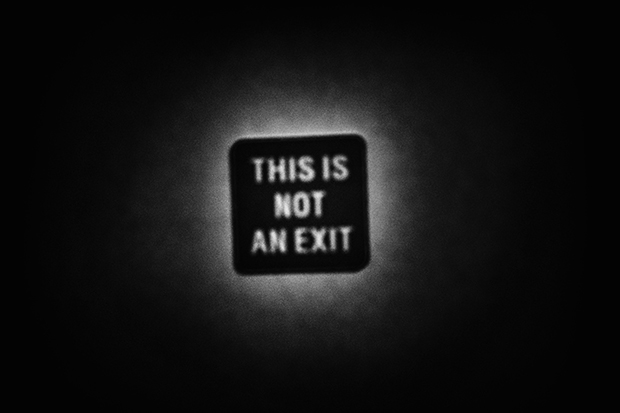 “I think I’ll feel this way for a long time.”