The Complex Dynamics of Family Life Revealed in Photos 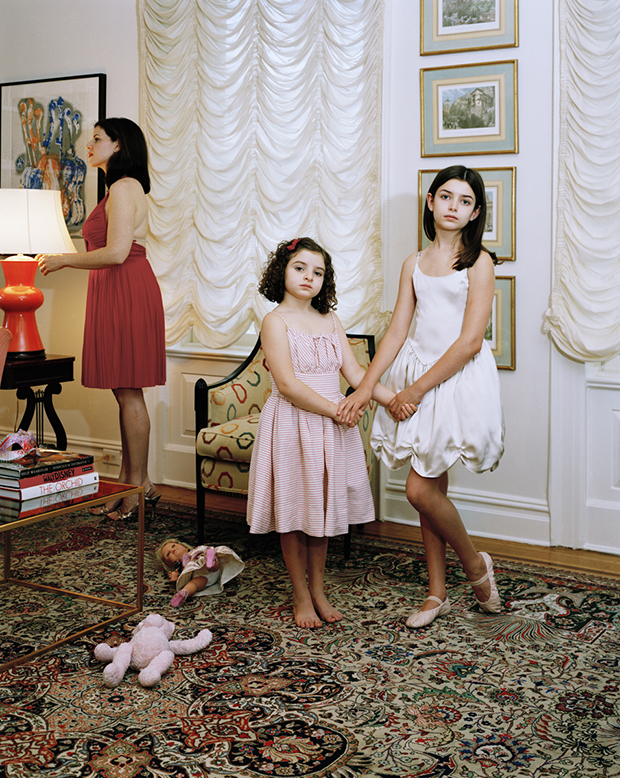 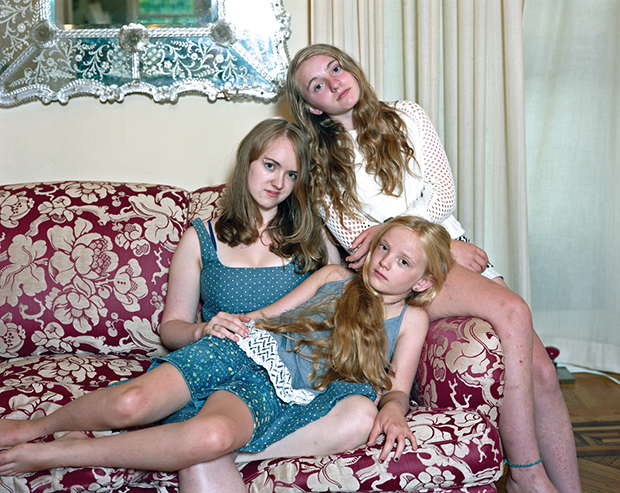 Girls on the Couch

Those closest to us are often the people who bring out the best and worst in us. Whether it’s a mother, a brother, or a partner, it’s the intimate relationships that allow us to truly find out who we are. Significant Others is a series created by the Brooklyn-based photographer, Ilisa Katz Rissman. It explores the nuanced traits we demonstrate in our deepest connections.

When asked what was her motivation for the project, Rissman says, “I was thinking a lot about my own family, in particular, and how complicated and fragile things were. My idealized version of a healthy ‘normal’ family life was very much in-flux, and this dilemma led me to want to explore the idea further.”

In order to document lives and relationship of others, Rissman gained access to the their private domain. She explains, “Turning to my own family and friends seemed like a safe place to start, and it grew from there. I’ve often used people and environments around me as a way to work through ideas, such as looking at how our identity changes within relationships. This allows me to spend time in close proximity observing and thinking about the dynamics of my subjects before photographing. However, I also try to keep an open perspective so the composition can unfold organically. This helps me to create a kind of fictional narrative imbued with a sense of realism as well. My intention isn’t to be overly didactic or too heavy-handed but rather more suggestive, so that others can bring their own experiences to the photographs.”

We live in a time where it seems everyone is striving to show off the perfect life. A quick skim through social media, and you will be pushed to find many that are prepared to expose their weaknesses for the world to see. We know, however, that this is not true to reality, and Rissman explores this through her work. “The idea of ‘perfection’ and the ‘perfect life’ was something I’ve thought a lot about, and social media has certainly reinforced this by creating platforms for perceived perfectionism,” she explains. “Like many of my friends, I’ve been raising children and trying to figure it out in the process, but I’ve never been very good at putting on the front that many others seem to do.”

On topic of the role photography has played, she continues, “Photography has allowed me to channel these frustrations and in some way has helped me feel empowered, which is something social media cannot accomplish. Certainly the dissolution of my own family shattered my naïve notion that there could be such a thing as a ‘perfect life/family.’ I wanted to create photographs that mirrored the idea that things are more complicated than they may seem from the outside. It’s never simple or straightforward. Essentially, I wanted to show a more nuanced and honest version of what many people experience, and what I certainly was experiencing myself.”

Rissman is a mother as well as a photographer. “My world had become very kid-centric, which is why I would often place a child front and center and have the attention revolve around them,” she tells me. “Moms and adults were on the periphery. My perspective would often be from the lens of the child and what they might be feeling at that moment. The amount of attention and expectations we put on our children often give them a sense of displaced power, and this was a role I wanted to focus on. Often families have one member who takes up all the energy in the room, and certainly there are power struggles that happen all the time within families. These are also things I wanted to allude to with the composition and attitude in the photographs.”

While focusing on the human connection, Rissman is also interested in the role the environment has in our lives and relationships. “I feel that our environments can speak volumes about who we are and what we wish to say about ourselves,” she continues. “I’ll often choose to photograph my subjects in their homes, incorporating personal objects. I also consider things like color, pattern and décor to deepen the narrative and add layers to the photograph and identity of the subject.”

Such a series is not created without complication along the way, and Rissman wrestled with her own creative struggles when she embarked on the project. “When I began the project, I had been working for many years with large format film cameras, but my background is in still-life photography, so I was not as comfortable photographing people with this camera. The portraits I had taken were primarily of individuals, so the idea of photographing a group was entirely out of my comfort zone.”

She was able to fuel her fears into energy in order to overcome her artistic hurdles, explaining, “I used my own fear of the process and channeled this vulnerability and tension into what I wished to convey and project emotionally in the photographs. I was also being asked to shoot more families on commission, which I approached similarly to the work in the series. This allowed me to continue to practice choreographing the shoot while becoming more intuitive.”

Significant Others is not only an exploration of the private lives of others but also an exploration of self, in which the artist faces her own fears and insecurities to be better connected to who she is – and better connected to those who play a significant role in her life. You can see the full series and more of Rissman’s work by visiting her website. 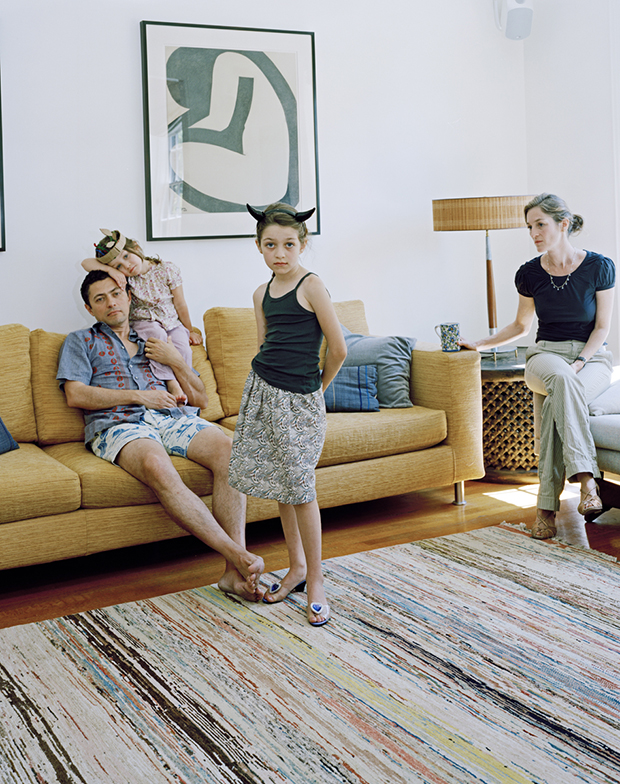 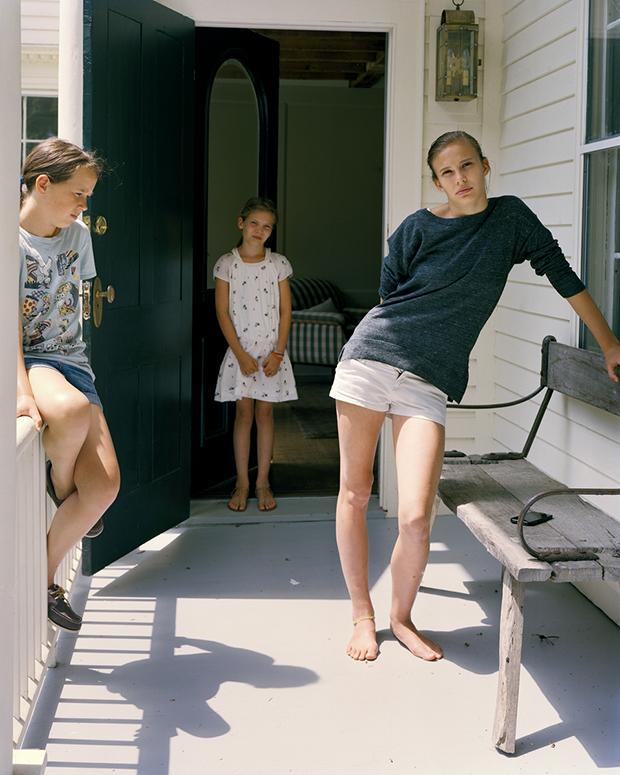 Girls On the Porch 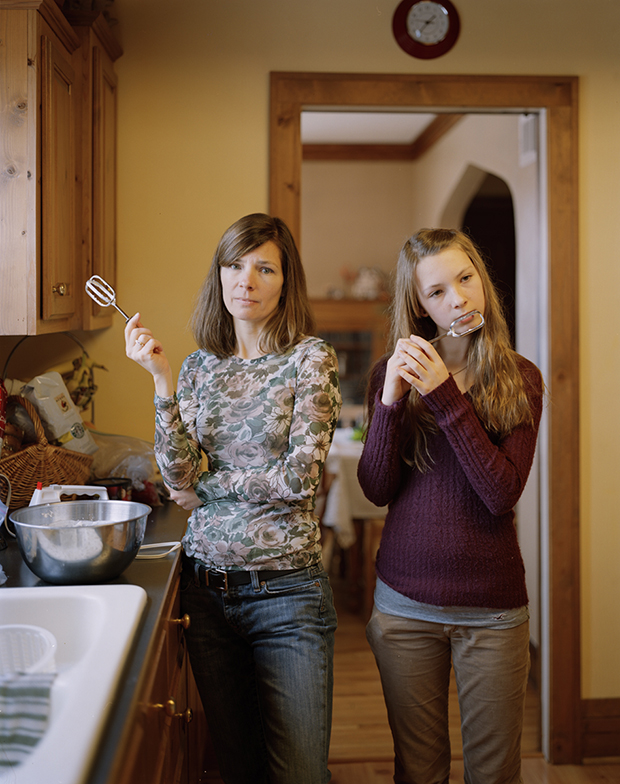 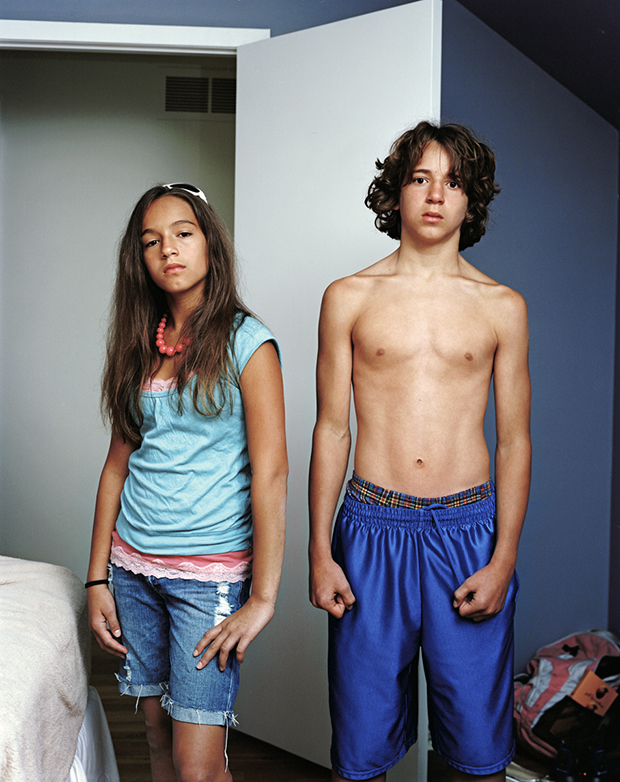 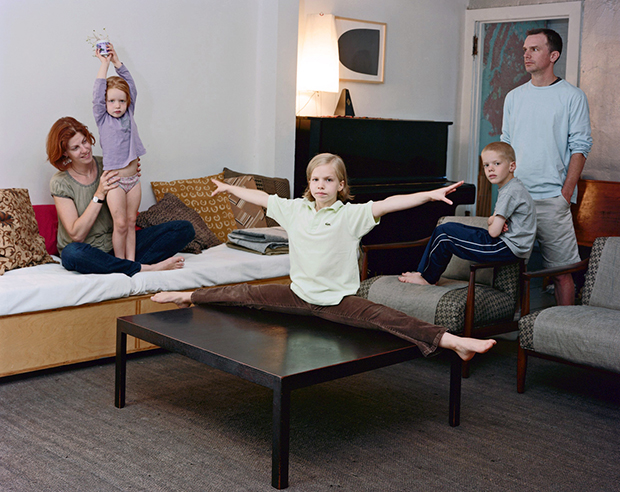 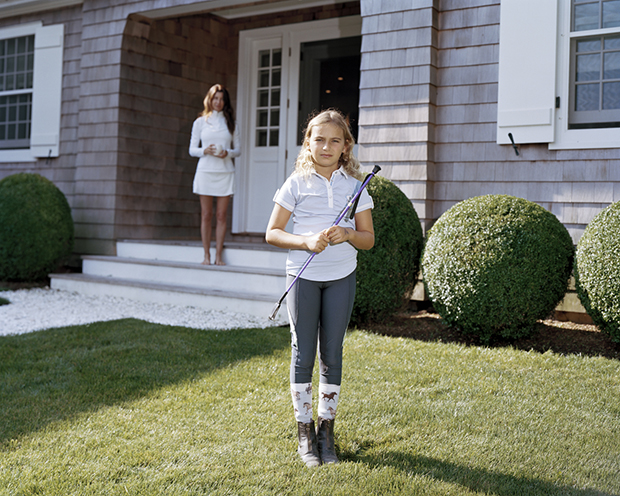