A Portal Into Another World Through Puddles on the Street 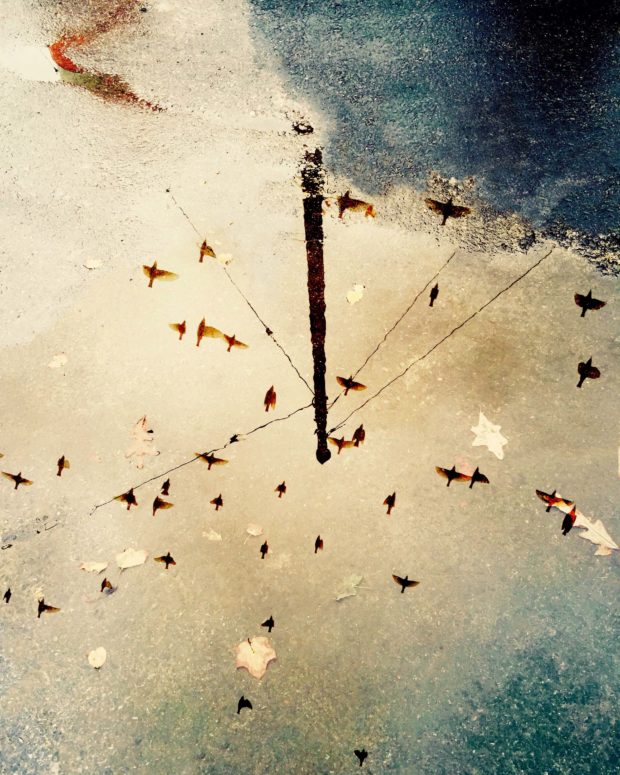 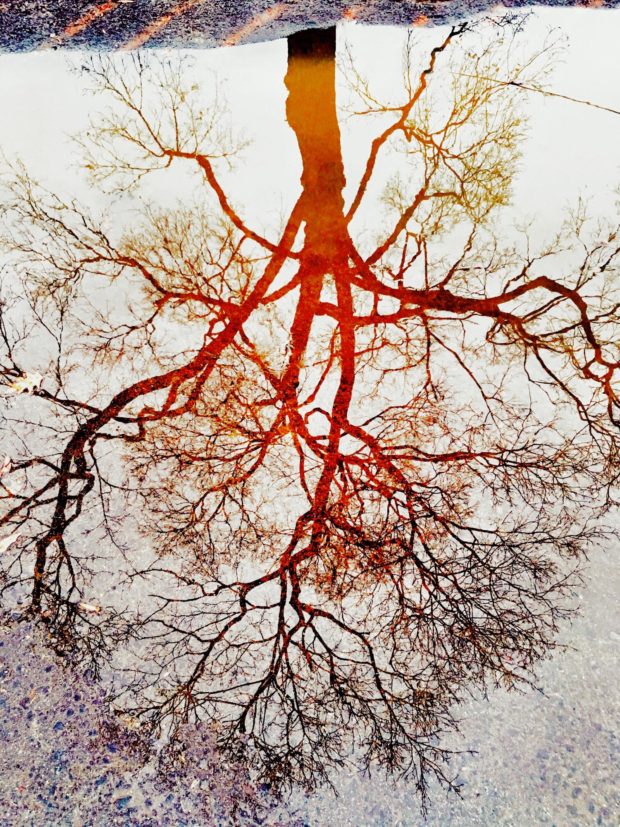 For Dr. Joshua Sariñana, photography offered a reprieve from a path in life that had extracted more than it returned. After studying neuroscience at UCLA and MIT, Sariñana began focusing on the practice and theoretical study of photography. In his hands, the camera becomes a tool of investigation, contemplation, and consideration of the mystical realm where the physical and spiritual become one.

In the series Surface and Consciousness, Sariñana locates the intoxicating charm of imagination in the most unlikely space. Here, puddles of murky water, laying low in the streets, which we take care to avoid, suddenly become an oasis in the sea of urban life. This moment of tranquility shimmers like a familiar mirage, echoing the curious visions that float in and out of the mind. Sariñana shares his path to discovery that only the photograph can provide. 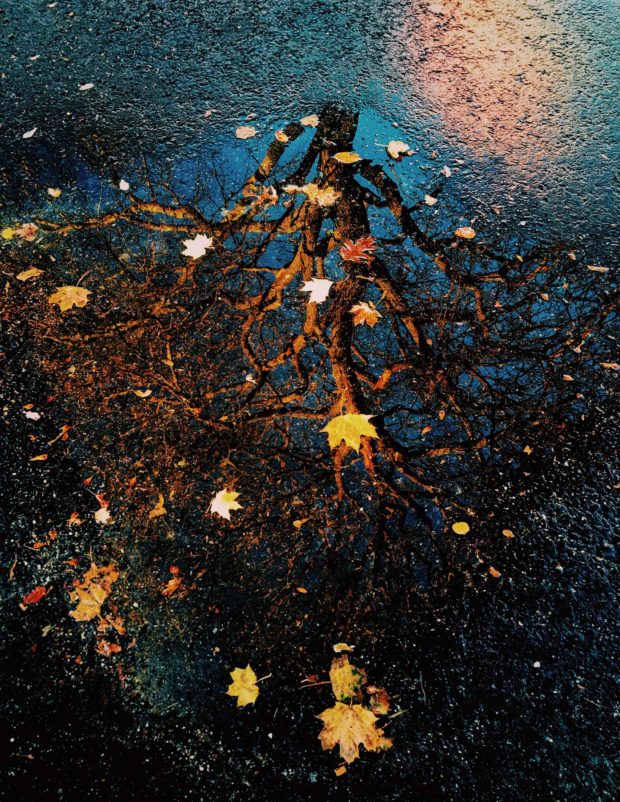 Could you speak about what inspired you to switch your focus to the practice and theoretical study of photography after studying neuroscience at UCLA and MIT?
“I wanted to remove myself from a toxic system and find a different creative outlet. To make it in the sciences, it is necessary, but not sufficient, to work an exceptional amount of hours – 70 hour weeks are quite normal – and the low pay makes it nearly impossible to stay in research over the long haul. There are brilliant people who publish great work but who will never get ahead and I stopped seeing the point of working so hard when people much smarter than me couldn’t make the cut. There was a lot of injustice I did not want to be a part of.

“I want to point out that my motivation was about doing great work, making impactful findings, and not about making money, I just wanted to earn enough to continue research. However, lack of job prospects and the ultra-competitiveness caused quite a lot of stress, which underlies the high rate of psychopathology in academe. Given my constant state of feeling burnt out, the loss of motivation, and having several experiences with suicide of colleagues, it became quite clear that I had to get out. Eventually, I left the lab environment after 16 years working as a researcher, which was my entire identity. I wanted to find something that would resonate and motivate me to create once again. For me, that thing was photography.

“Photography has allowed me to create a new language that defines the intersection of science and art. My interest in photography started in 2001 while I was traveling. During college and graduate school my interest steadily grew. Around the time I was preparing my thesis, in 2010, my motivation to photograph grew exponentially. Anytime I was not working on my thesis I was learning about and trying to execute basic photographic technique (e.g., HDR, multi-exposure images). A couple of years later I was shooting with about a dozen different cameras (e.g., 35mm, medium format, digital, instant film, iPhone).

“In 2013, PetaPixel was looking to hire freelance writers with a unique perspective. I wrote and submitted an article called ‘Memories, Photographs, and the Human Brain,’ which led to another nine publications. I was conducting research at the same time and having this dual practice of neuroscience and photography I realized I was thinking about their interaction in a theoretical manner. I came to the conclusion that a new language could be made by interrogating science and art through neuroscience and photography. However, this is a much longer conversation.” 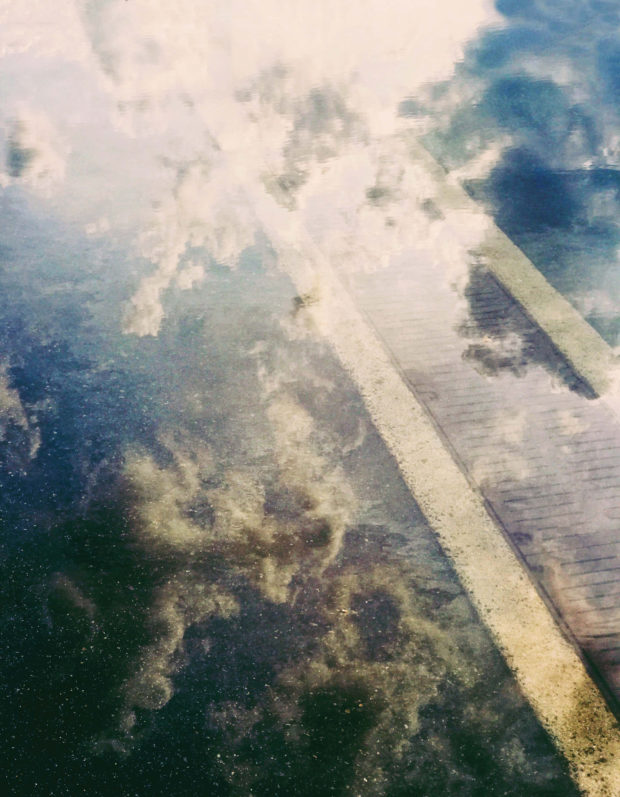 What inspired you to begin working on Surface and Consciousness?
“Being depressed. Through a ridiculous series of events, I lost my research funding while at MIT. I was told about this fact the day after my birthday. My wife was also pregnant and due a couple of months later, which meant we would have no insurance on his due date. I wasn’t sleeping, was incredibly stressed, and didn’t know what to do.

“Through sheer luck, a former postdoc I knew had started a new lab and he asked me to join. I began my second postdoc at Harvard Medical School at the General Massachusetts Hospital in Charlestown. The lab is near the harbor and it was raining a lot the first few months I was there. Because the area was new to me, I walked around a lot. I normally look up when trying to find images. I think my mood made it such that I was looking down all of the time and I started to take more and more photos of reflections found bouncing of puddles.

“Eventually, I would make images on my way to and from the lab. My son was born around this time and I had no energy or time to photograph outside the confines of my set route, which in turn focused my attention to this project. Well, at the time it was not a project, but rather something that bubbled up naturally. The images from this series start in 2014 and I continue to add to it, though it has been at a slower pace.” 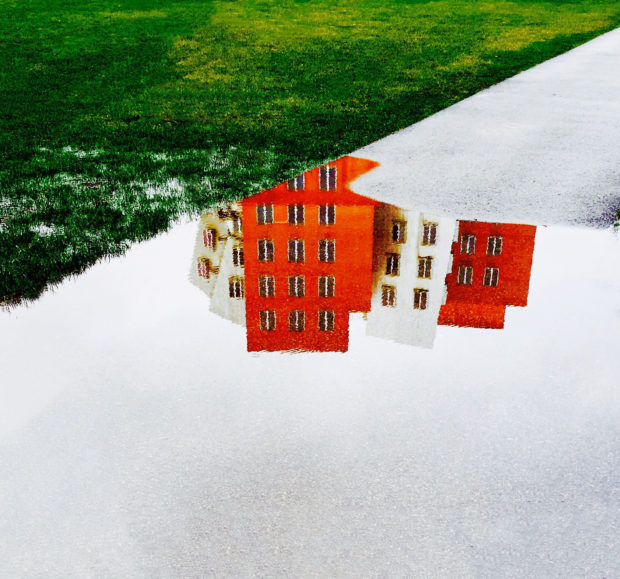 “Essentially, it is an act of reflection. It is as if one throws themselves at the environment and looks at their reflection through the interaction of what one threw. In this sense, the puddle and the image it envelops and represents the reflective aspect of this action.”

Why do you think it is the primary challenge of finding beauty in urban environments — and how can photography be used as a tool of discovery?
“In moving to Cambridge, I found myself missing the natural beauty of the Bay Area, California: the valley’s mountains, the sweetest fruit, the saturated sunrises and sunsets. Cambridge is a nice city, it’s clean, it’s walkable, and there’s a lot to do. However, the deep sense of calmness I had with the environment of the Bay Area is nowhere to be found here.

“Because of this I find myself constantly looking for beautiful breadcrumbs to turn into a soufflé. This series speaks to the role the camera in documenting these disjoint, albeit beautiful, small spectacles of nature. The attention it takes to find these discrete moments is, in itself, a calming action.” 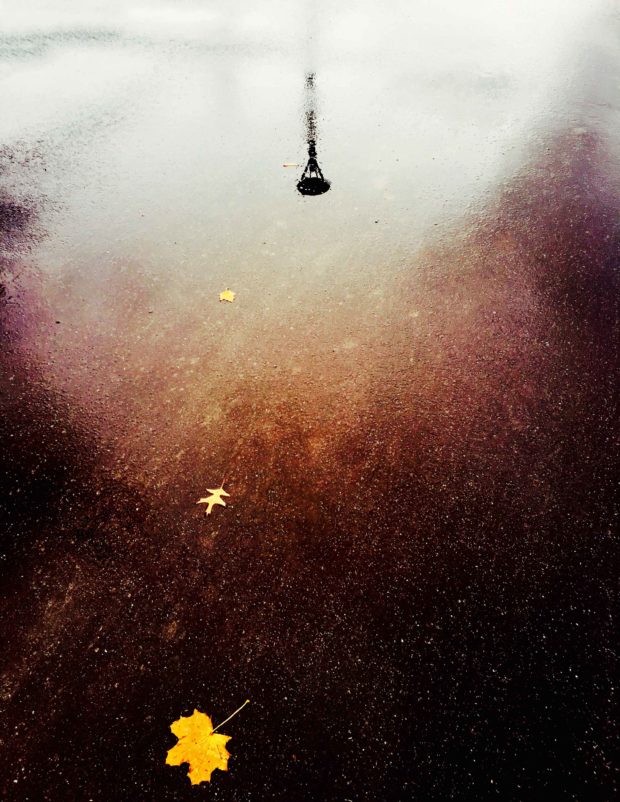 Could you speak about the interplay between nature (puddles of water) and artifice (streets/buildings/etc) to create a surreal landscape that suggests going through Alice’s looking glass into the imagination?
“The reality humans have created is inherently surreal. Our consciousness is essentially a semi- controlled hallucination that is entrained by the sensory information we encode while awake. It is while we are asleep that we have this bottom up, self-driven generation of meaning, that is, the unconscious. 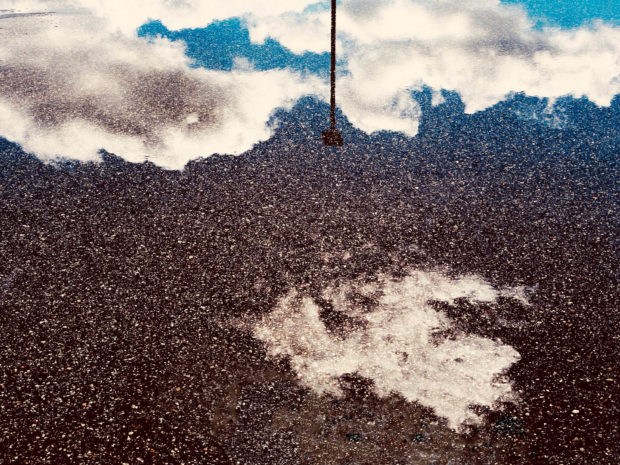 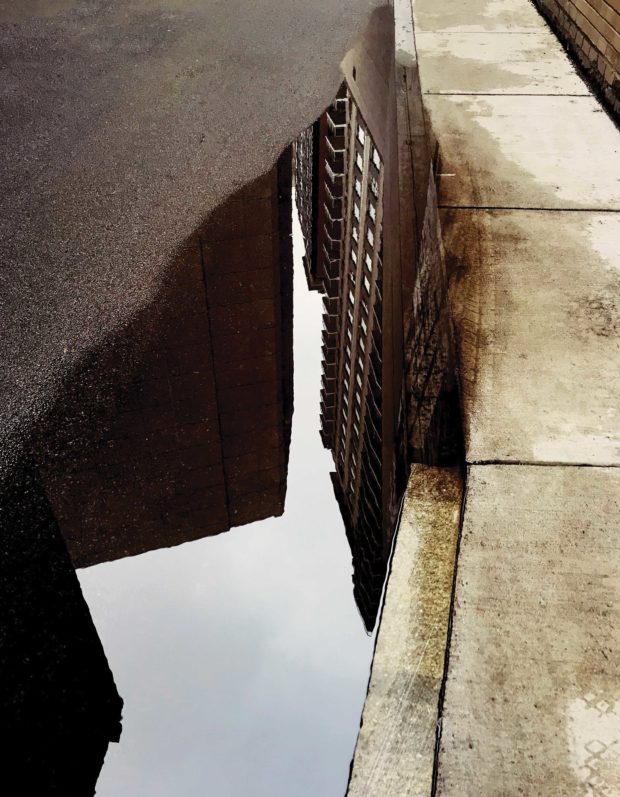 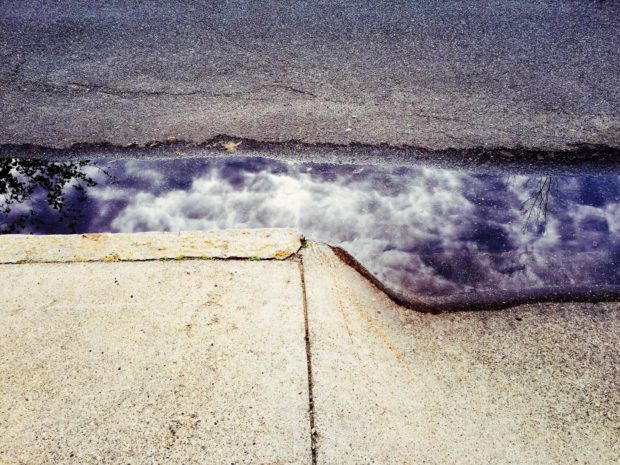 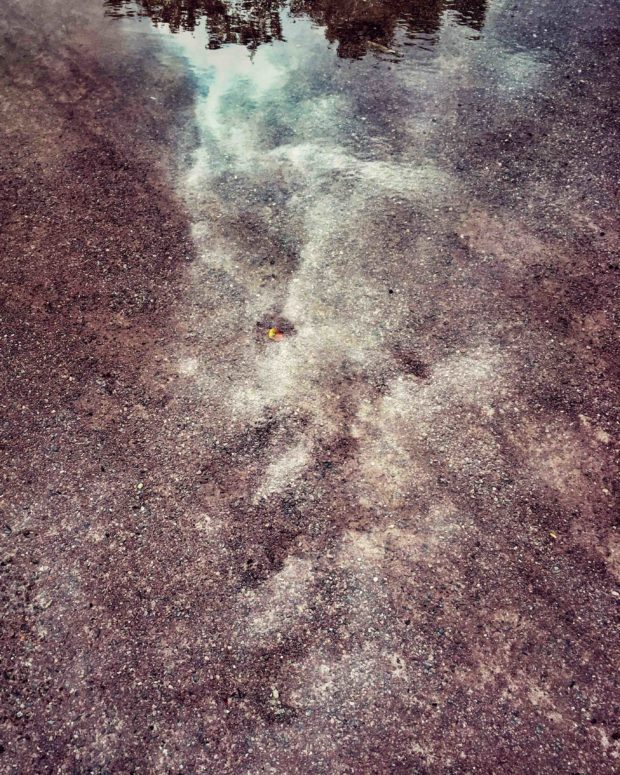