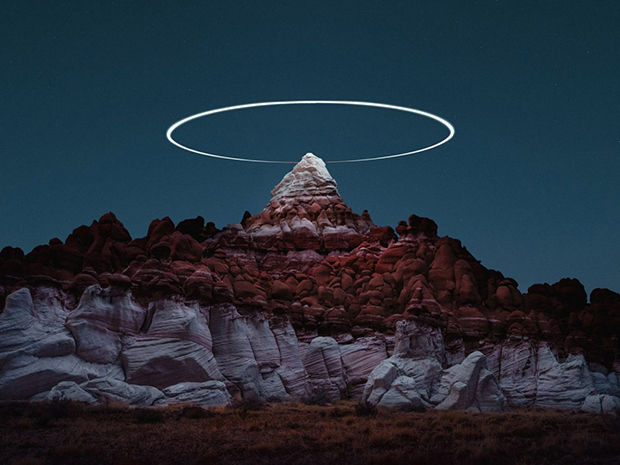 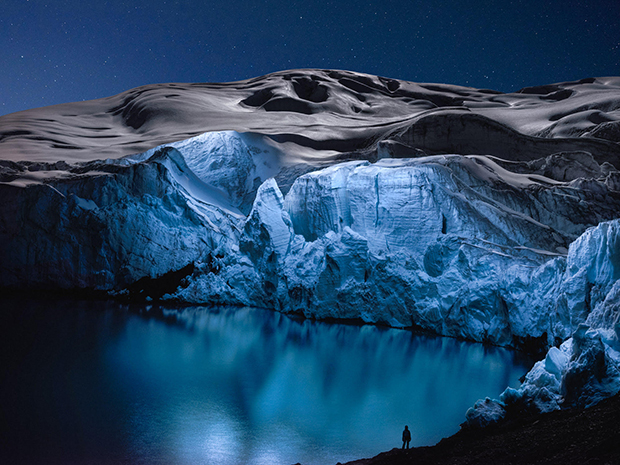 “My nights are full of silence and the occasional howl of coyote,” the photographer Reuben Wu tells me. His series Lux Noctis has taken him to some of the most isolated regions in the American West, as well as remote spots in Europe and South America, under the cover of darkness. He flies a drone to light his way, illuminating sections of the landscape at will.

“I try to avoid popular spots and never shoot in national parks,” the photographer explains. If he isn’t alone, he travels with one friend, and he avoids heavy gear. An LED lamp, a drone, a camera, and a tripod suffice. He maintains control over each of his compositions; before shooting, he carefully maps the scene during the daytime, and after all is said and done, he stitches together the exposures of his choice.

But still, he can’t account for every little that goes bump in the night, and Lux Noctis has brought with it its fair share of mysteries. On one Arizona winter’s night, for example, he caught an unexpected vision; “I noticed a very bright spot in the sky, moving silently and incredibly fast and expanding,” he tells me. “After a few seconds, it had bloomed into a huge white aurora and then slowly dissipated.”

In this particular memory and in the images themselves, we can find echoes of 2001: A Space Odyssey and Close Encounters of the Third Kind; Wu always enjoyed those uncanny science fiction stories that blur the boundaries between the real and the imagined. Similarly, he found further inspiration in the legacy of the 19th-century philosopher and inventor James Nasmyth, who, in the 1870s, created his own plaster models of the moon.

It’s easy to see Wu’s landscapes as sites of potential alien activity, but he never lets us forget that these areas are, at their core, terrestrial. His task is finding a new kind of terra incognita in familiar places, including the contours of his own mind. “Even though I am hiking and being present in these locations, it also feels like a journey inwards,” he admits.

Our planet’s wild landscapes are precious and threatened, and for that reason, Lux Noctis takes on a different meaning today than it would have in the 19th or even the 20th centuries, when Kubrick’s and Spielberg’s images cemented themselves in the American consciousness.

“I try to perform the role of an observer and to allow the pictures to speak for themselves, but I think it’s clear that the things I photograph are vulnerable from human influence,” Wu explains. “In fact, I feel conflicted even photographing and sharing these images because it could cause further negative impact, as not everyone will treat these places with the same respect I do. I felt it the most when I was photographing Pastoruri Glacier in Peru, which is melting so fast it may not exist in a decade, and watched the landscape crumble before my eyes.”

Ultimately, Lux Noctis isn’t a foray into outer space so much as it is a reminder of the beauty that remains unseen and unappreciated in our own backyards. As it turns out, that astonishing bright light he saw in Arizona was no UFO, and there was quite a logical explanation after all. Soon after the initial wonder wore off, the photographer recognized it as the Falcon Heavy rocket by SpaceX; the shoot just happened to correspond to its launch on February 6th, one year ago today. Its light is visible in the last photo on this page.

In many ways, this single anecdote seems to capture so much of the magic of Wu’s world; he invites to imagine the unknown, and just when we begin to feel lost, he reveals that the true miracles of existence can be found close to home. You can follow the artist on Instagram at @itsreuben. 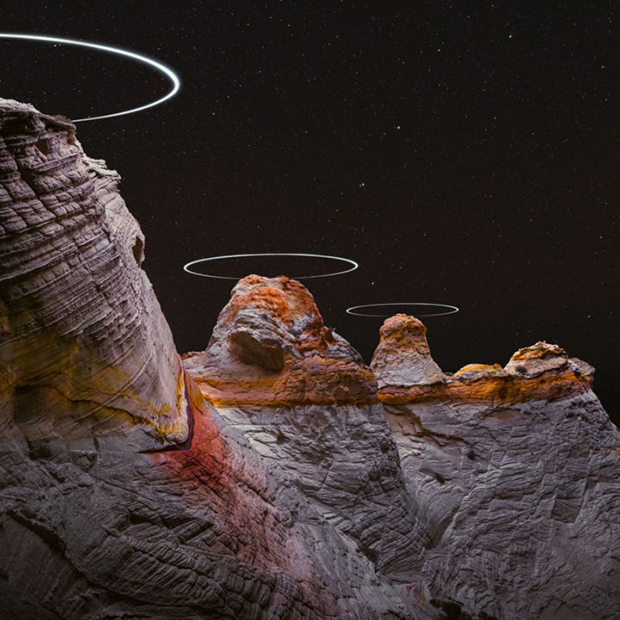 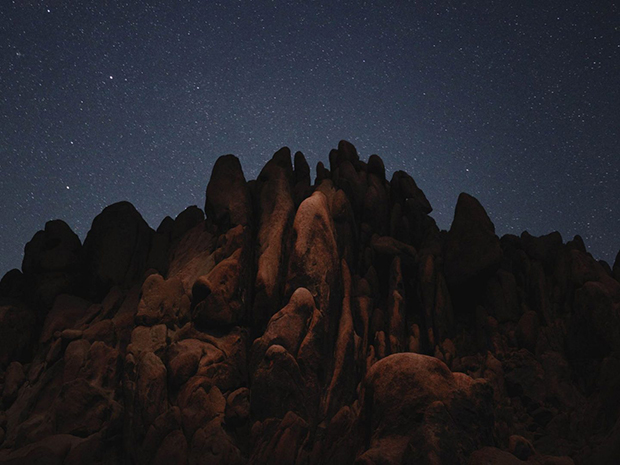 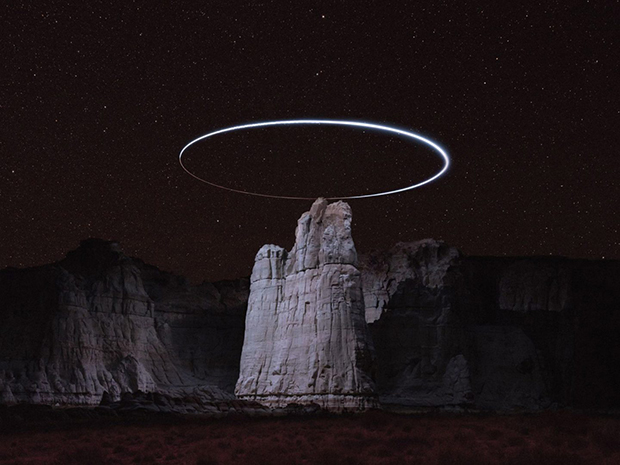 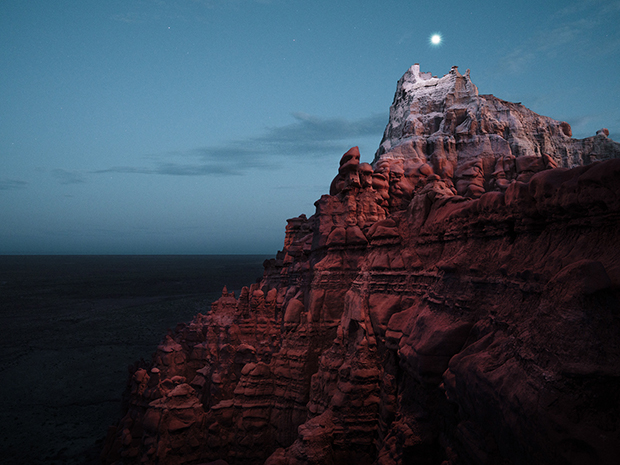 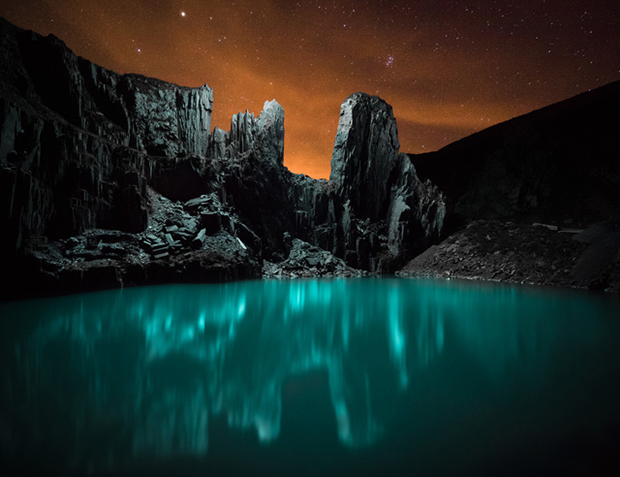 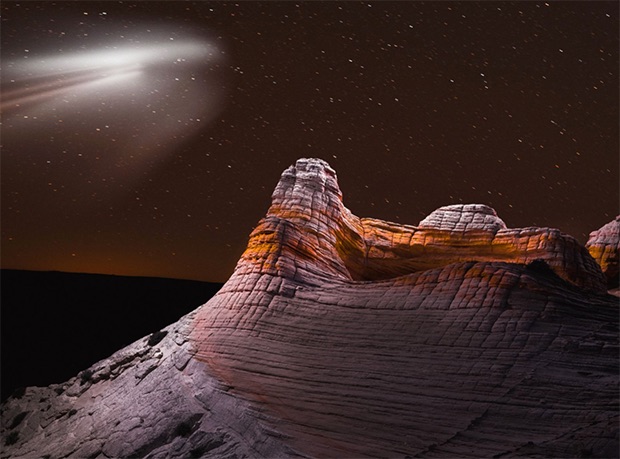