Revealing the Fascinating World Beyond the Gender Binary 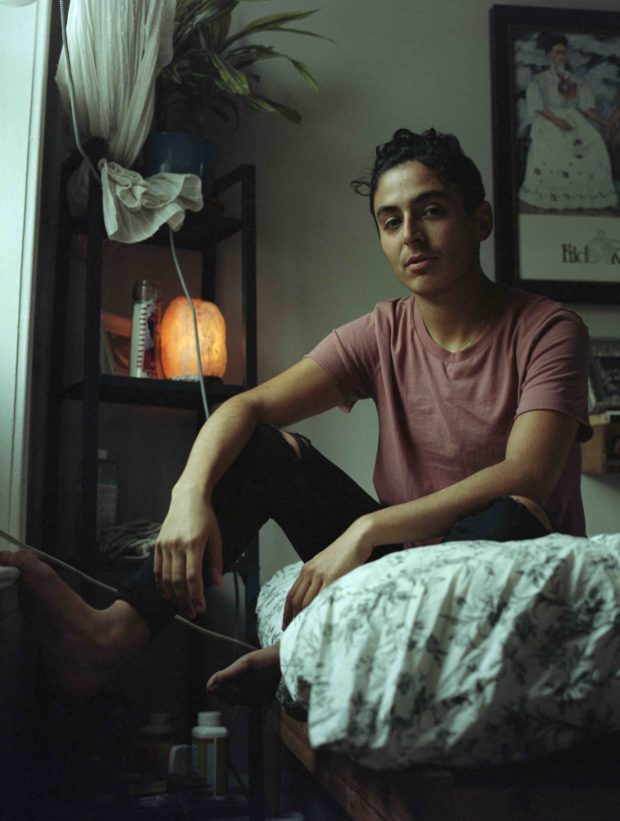 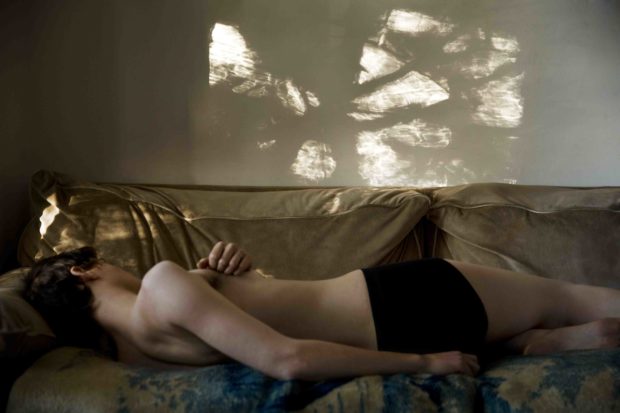 Beyond the rigid, often inflexible, ideas that we are taught lies a realm of knowledge, understanding, and wisdom that awaits us. The complexity of existence can be attributed to the fact that until we adapt our paradigms to reflect reality, we will remain trapped within a false construction masquerading as truth, one that may be used to exploit, oppress, or otherwise marginalize the most vulnerable among us.

To paraphrase Rumi, we can become the change we wish to see in the world — by forgoing the need to rush to opinion as a way to avoid the discomfort of doing the actual work. In giving people the space and freedom to share their truth, we confront our own ignorance and bigotry, while simultaneously learning from those whose lived experience bears witness to realities that may be far beyond our immediate comprehension.

When American photographer Chloe Aftel first heard the term “genderfluid” in 2012, she became curious and began to explore a world she did not know; a space where the gender binary does not operate accordingly to the principles set forth by the heternormative community.

With equal parts respect and curiosity. Aftel set forth to document the lives of gender non-binary people from all walks of life across America. What she came to understand was simple enough: the paradigms that we currently use to describe gender are limiting constructs that fail to recognize its extraordinarily complex expression.

“Most people are not simply one thing,” Aftel observes. “They do not see themselves in a singular, stagnant way but rather enjoy exploring who they are in a deep, sometimes complicated and possibly contradicting ways via gender exploration of paradigms, stereotypes and generalities.”

In honor of those who share their stories and their lives, Aftel has created the phenomenal new book, Outside & In Between: Self Beyond the Gender Binary, released on January 27 in honor of Holocaust Remembrance Day. 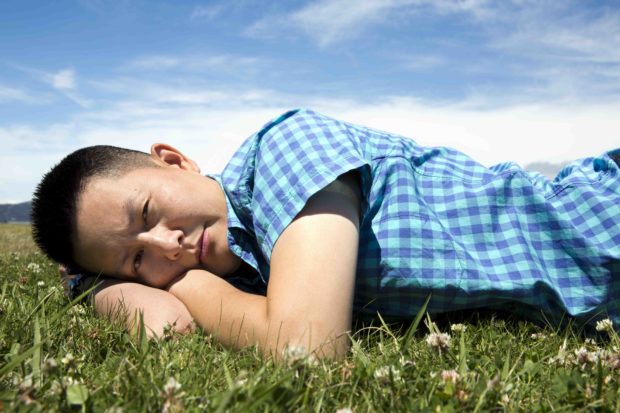 Could you speak about the inspiration for Outside & In Between?
“I had a friend whose son was dating someone back in 2012 who identified as genderfluid. This was the first I’d heard of this term, but I want to know more, so I began to ask around. When I shot them (my friend’s son’s partner), I asked a lot of questions about what this meant to them, how they came to feel this way, how the world understood them, and it was very eye-opening.

“I felt like this was a space I was not familiar with but had always been there, just never so clearly articulated. Most people are not simply one thing, do not see themselves in a singular, stagnant way and enjoy exploring who they are in a deep, sometimes complicated and possibly contradicting ways — via gender exploration of paradigms, stereotypes and generalities. Humans are curious and evolving and multi-layered, I believe we need to explore these ideas in a very personal, unique way.”

How did you begin to conceptualize the project, and what were some of the key themes, issues, and aspects of life that you wanted to address in this body of work?
“Since this was a lesser known community when I began, I wanted the people in it to feel safe and comfortable, and shoot them in places that felt like home — whatever that means. It could be a bedroom, forest, car, whatever, as long as they felt like they could be themselves. I wanted to show them as they see themselves.

“One subject lives in a trailer park and only dresses as themselves in the trailer. It is full of silks and camisoles and heels, while they only wear trucker caps and Dickies when going to work. I am the only person who has shot them as their true self, and although it sounds cheesy, it was really beautiful and moving to do so.

“With that in mind, the body is very important in this series. I needed to address what it means to not identify as strictly male or female. What does it means to be genderqueer? How does each person present themselves, understand themselves, see themselves? I needed to really see each person, some without clothing, to get at the heart of the terms and the movement. It is important to note though, it was never to sexualize or titillate — it was to explore the body in a different way, to challenge the assumptions of gender we all bring to the table and allow space to question.” 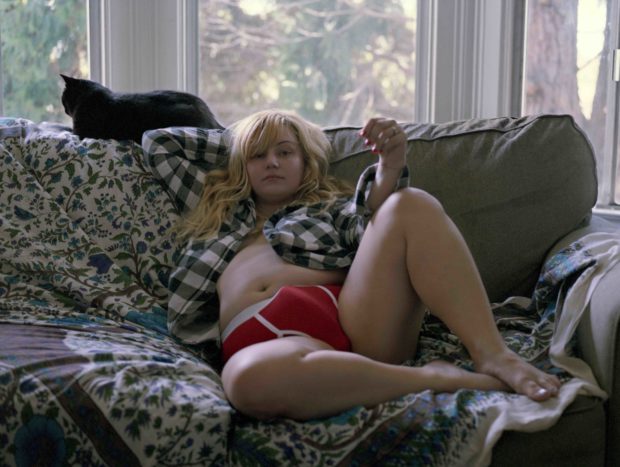 Could you share your process for finding and connecting with subjects for the project?
“The first few subjects were challenging to find, mostly friends of friends. It was really difficult to build trust at first. Once a terrible event happened with Sasha and a San Francisco magazine approved the series I wanted to do on the community, things opened up.*

“Some people felt that should come forward because ignorance and bigotry are dangerous, other because they felt pride in who they are and wanted to be a part of this document. I always wanted to make sure I represented as much diversity as possible as well, the older generation being the hardest to find. Many of them have lived their lives in secret, so it was incredible finding older people willing to let me see them as their real selves.”

* From the book: “In the fall of 2013, Sasha [Fleischman] was set on fire on a public bus because they (Sasha doesn’t use s/he as identifiers) wore a skirt with a men’s shirt. Sasha identifies as agender; others in this series as non-binary, gender non-conforming, genderfluid, etc. After this terrible event, more people were willing to be photographed and to take a stand about the basic human rights that should be extended to any person regardless of gender identification.”

Could you speak about some of the discoveries you made about gender while working on this project?
“One of the hardest things in life is to know and accept yourself, truly. Even growing up in a liberal city like Berkeley, there are a million ways being anything but heteronormative is treated as ‘off’ or even less than. I can’t imagine what other cities and suburbs might be like. Feeling like who you are is wrong is catastrophic and you stuff it down, even when there is nothing wrong with it, because no one lets you know you are ok. One ends up never really knowing or being themselves, which is a tragedy.

“It seems to me that we all have complicated ways in which we express ourselves and these are codified often times as male or female when really they are not about gender but about all the different likes and loathes that live in us and we are trying to figure out who we are.

“Being what people feel is normal is nuts, because, having worked on this for years, normal doesn’t exist. It’s just something people sell you. Being a decent, honest person who is able to accept and express love, that’s what most people want. Finally they can simply dress or think of themselves in way that is true to them, that gives them room to breathe and, many times, to actually be their best self.” 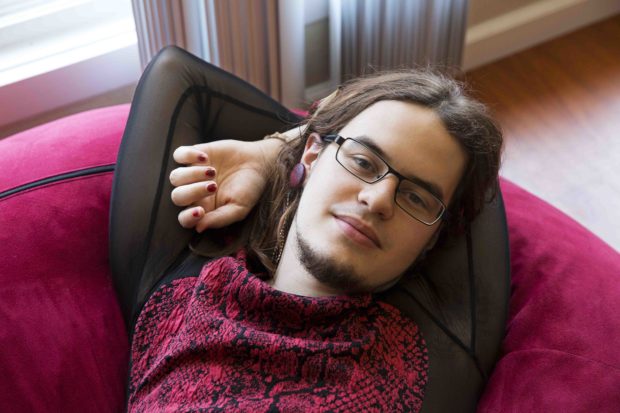 What do you find most profound about gender and the way it expresses itself across the spectrum?
“People are trying to be themselves, to be happy in their bodies, in their sexualities, in their daily lives, and being honest is the only way to achieve that. The spectrum allows people to try things out, to have space to see what works and what doesn’t.

“I think that’s wonderful because no one knows who they are until they also know who they are not. I think gender is a whole bunch of different needs and wants and likes and dislikes bound up together, and we all have what one might call male and female parts, so we should be allowed to see how they come together for each of us.”

What do you hope viewers and readers take away from Outside & In Between?
“Live and let live. Everyone should be allowed to be themselves and to be happy. Experimenting with you gender, sexuality, identity is part of discovering who you are. Love who you love, be yourself, if anyone shits on that, it’s their problem, not yours.” 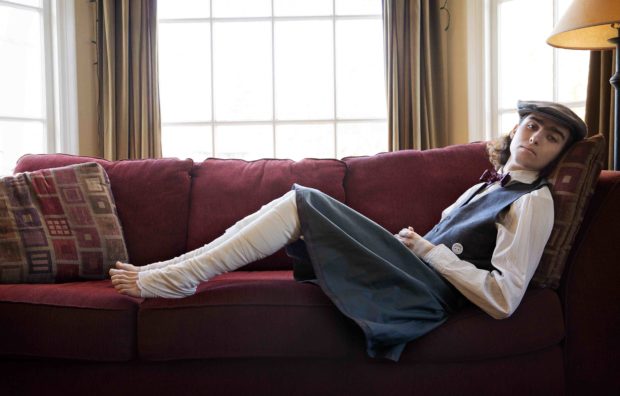 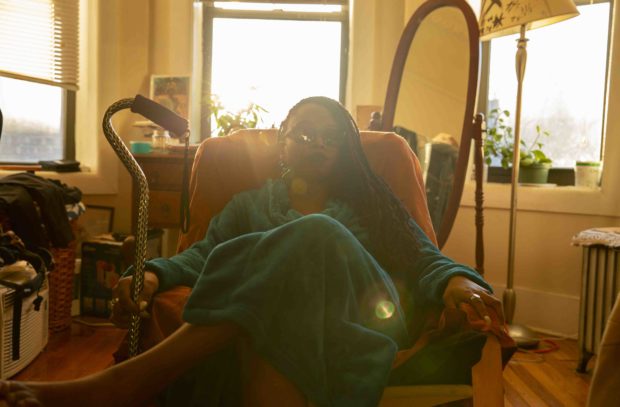 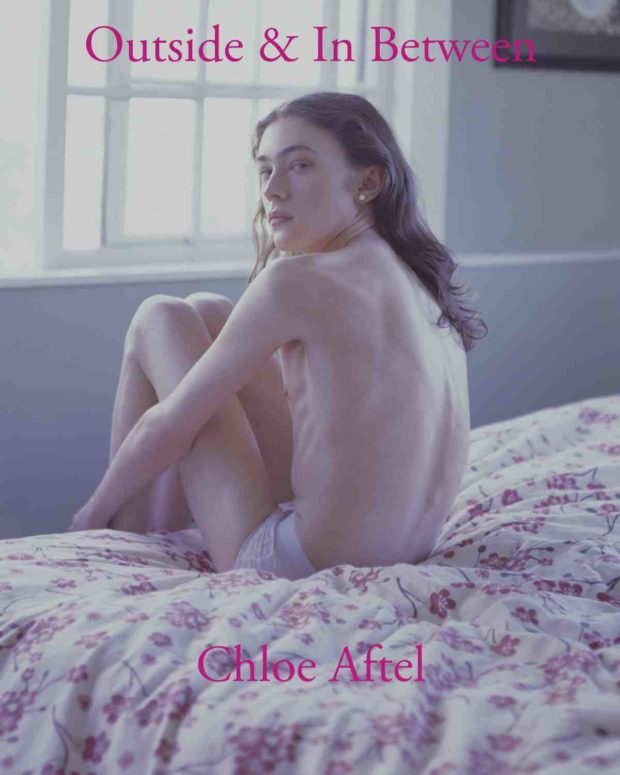