One Man Photographs His Grandfather’s Battle with Cancer 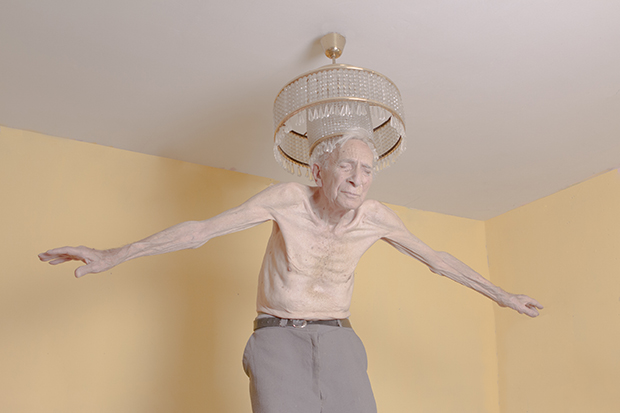 Here, I am trying to hold on 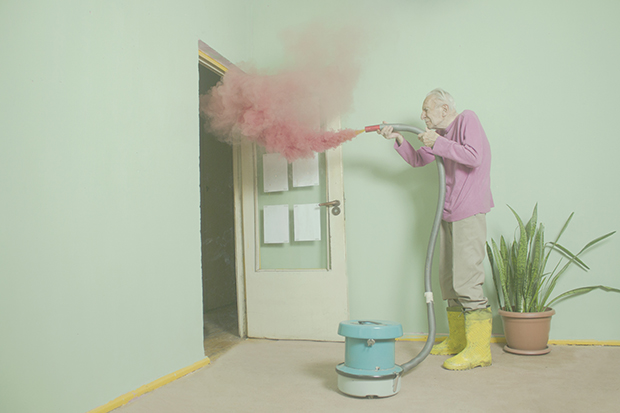 Here, I am trying to figure out who my guest is

Gary became his grandson Karen Khachaturov’s muse the day he learned had bladder cancer. “He was diagnosed in 2017,” the Armenian photographer remembers. “It was pretty shocking for everyone.” Over the span of a month, the two of them worked together to create a series of playful and uncanny images, with Gary in the starring role. Their collaboration would eventually become Pastel Struggle, now on view at Mirzoyan Library in Yerevan.

Despite the shock, or perhaps because of it, Khachaturov and his grandfather immersed themselves in a candy-coated dreamworld of their own creation. “The images were taken in my studio, and all the items were created by me,” the photographer explains. “I painted the walls and made costumes for him.” The pair spoke the same language, and the shoots were fun for both of them.

In September of that year, when we first interviewed Khachaturov for our Instagram feed, he told me, “It’s super easy to work with my grandfather, and I really do enjoy the shooting process with him.” Now, he says, “The whole series is full of sarcasm towards the disease, and we both knew it.”

When it comes to the people closest to us, humor and pain often go hand-in-hand. If Pastel Struggle offered Khachaturov and his grandfather any kind of escape, it also served as a head-on collision with the realities of loss. Though cancer is a difficult subject for any of us to face, these two chose to dive in with all they had. In this particular fantasy, not everything is rosy. Joy and fear are two sides of the same coin. Illness isn’t neat or pretty, but for Gary, at least, it wasn’t lonely either.

Khachaturov’s grandfather Gary died last spring. He did get to see all the pictures as they were created, though he didn’t see them exhibited. The photographer remembers clearly the last photograph they made together, titled Here, I am fully blind. The image is different from the rest; there’s barely a trace of that old pastel world, and the focus is only on Gary. It’s worth noting, I think, that Khachaturov has a habit of obscuring his subjects’ faces in other projects, but here, he does the opposite. His grandfather is never anonymous; he’s right there in front of us. Looking back, the artist tells me, “I can say he was my best model so far.” 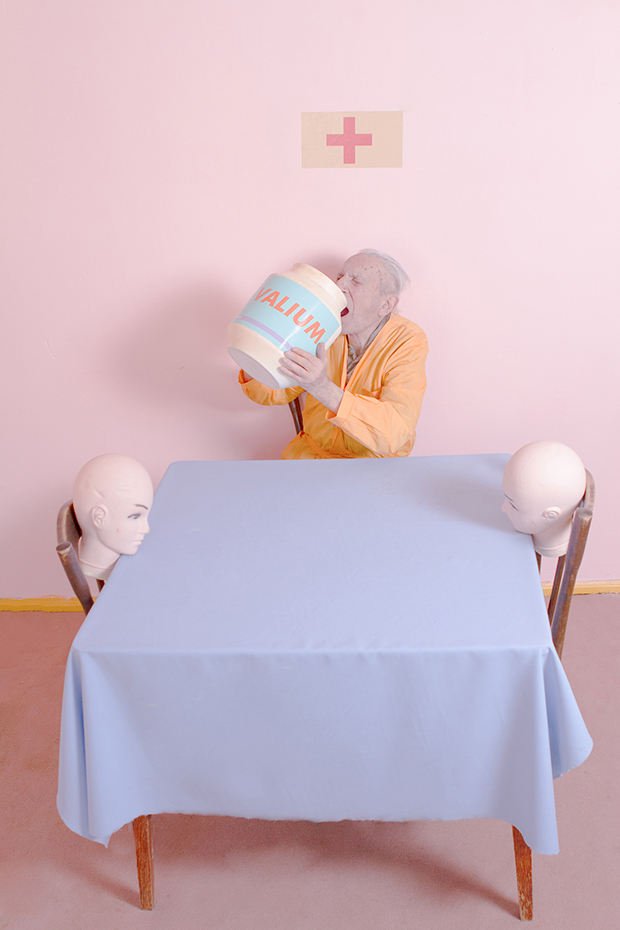 Here, I am on meds 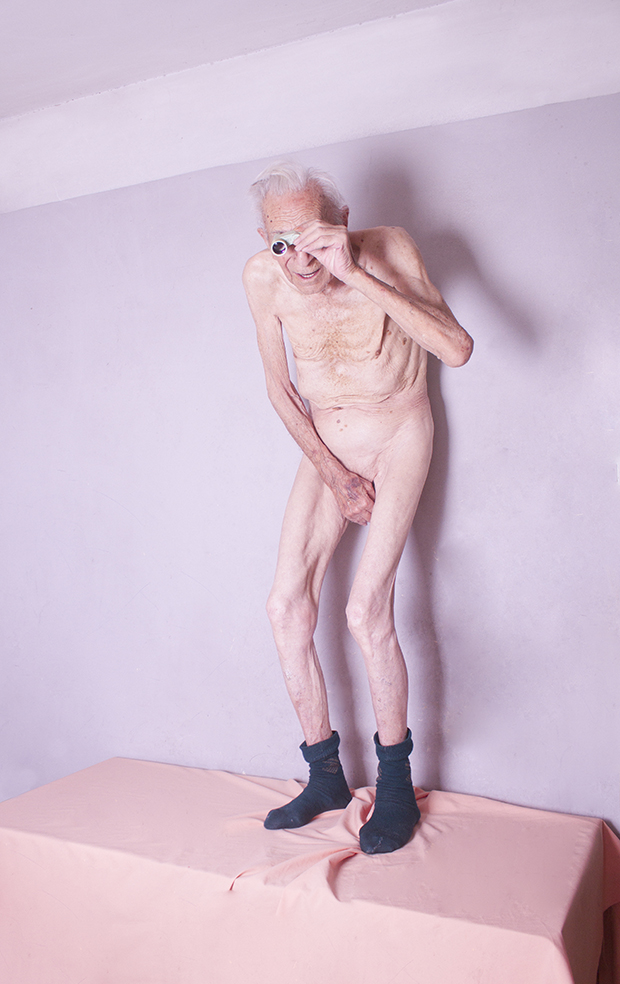 Here, I am about to shower 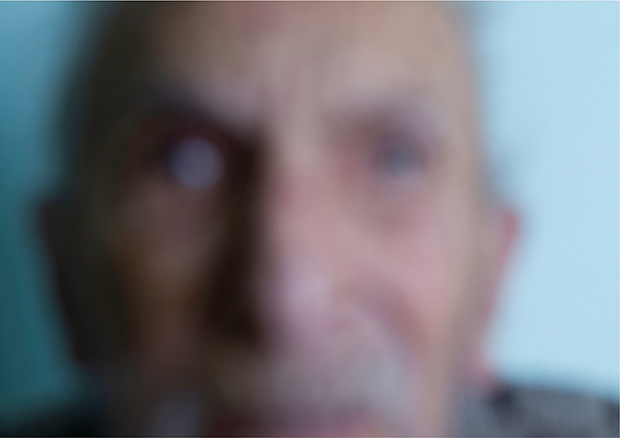 Here, I am fully blind