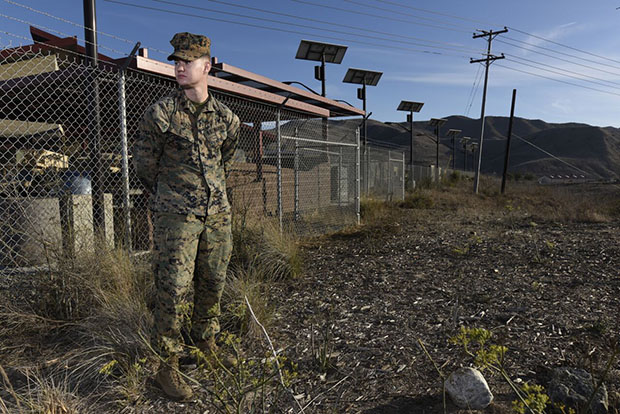 Aaron Wixson, a Marine field artillery radar operator in Oceanside, California, transitioned from female to male in 2016. His biggest challenge was getting everybody to change the pronouns they used for him. “Some of them said, ‘We’ve been calling you “her” for so long.’” © Jeff Sheng for Smithsonian Magazine

In June 2016, then-Secretary of Defense Ash Carter announced that the United States would be lifting a ban on transgender people serving openly in the armed forces. “We’re talking about talented Americans who are serving with distinction or who want the opportunity to serve,” Carter said at the time. “We can’t allow barriers unrelated to a person’s qualifications to prevent us from recruiting and retaining those who can best accomplish the mission.”

The next summer, President Donald Trump tweeted his intention to maintain the ban. In particular, he raised concerns about the medical costs involved in gender transitions. In March 2018, the executive branch barred transgender people from enlisting. The courts initially blocked the orders, but an appeals court reversed that decision. The Supreme Court ruled on January 22 that Trump’s restrictions could go into effect while the matter is making its way up through the legal system.*

With the fate of the ban still uncertain, we sent our photographer to meet five openly transgender members of the U.S. military. All but one of them told us they had full support from their superiors and other members of their units during their transitions. It’s unclear how typical their experiences were. In a survey included in this issue [of Smithsonian Magazine], only 39 percent of military personnel said they supported transgender people serving openly. But the people featured in this story said they were able to build on existing relationships to earn acceptance. “The younger men, especially, were like, ‘OK, cool, you seemed like one of the guys already,’” says Army National Guard member Adrian Rodriguez, who transitioned from female to male two years ago. “They were kind of expecting it.”

Read the rest of Jennie Rothenberg Gritz’s article on Jeff Sheng’s photographs over at Smithsonian Magazine. 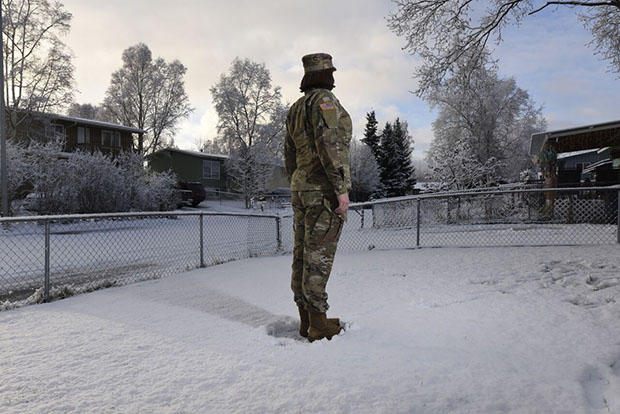 “It’s all about the climate your command creates,” says this Army National Guard member in Alaska, who asked to be referred to as Lainey. “My command was really helpful. He told everyone, ‘She will be respected. Discrimination will not be tolerated.’” © Jeff Sheng for Smithsonian Magazine 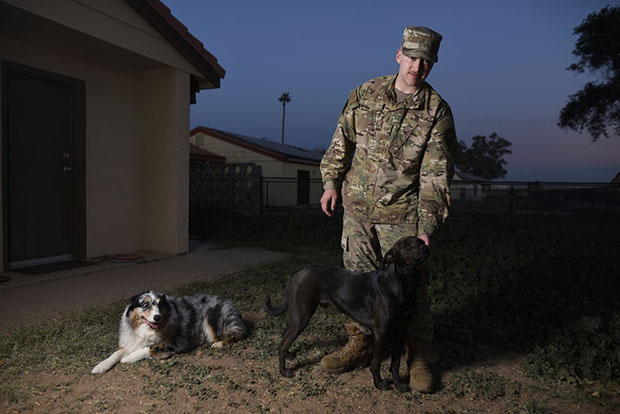 Paxton Eakin, serving at Luke Air Force Base in Arizona, transitioned from female to male in 2014. “Some of my friends are against trans people in the military. They tell me, ‘Oh, but you’re different.’ I say, ‘Why? Only because you got to know me.’” © Jeff Sheng for Smithsonian Magazine

*Editor’s note, January 22, 2019: This story has been updated to reflect the Supreme Court’s ruling to allow the restrictions on transgender servicemembers to continue as the legal battle moves through lower courts.