Moving Photos of the Stray Animals of Sarajevo 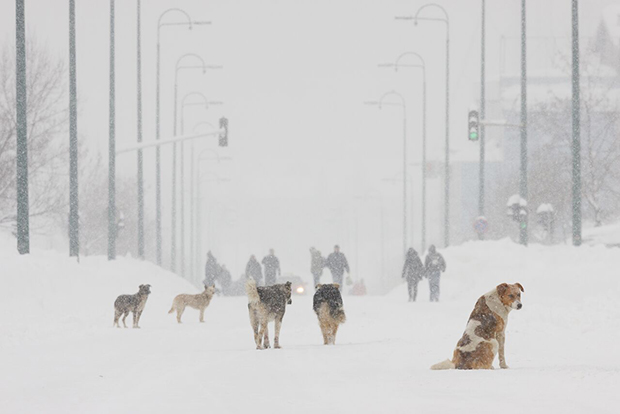 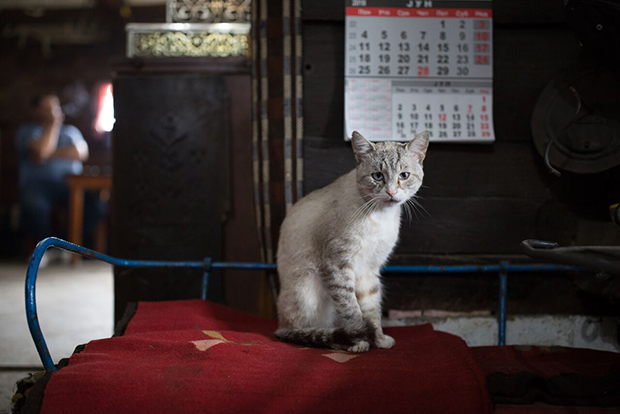 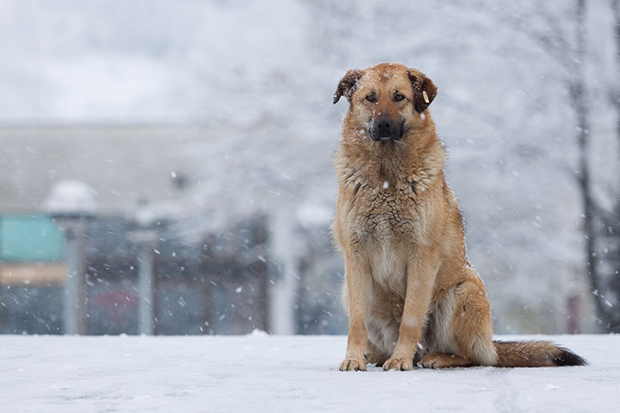 For the photographer Adnan Mahmutovic, the stray animals of Sarajevo are more than the subjects of a longterm series. They’re an important part of the fabric of his life. “I don’t consider this is a ‘project,'” he admits. “I’ve taken photos on my everyday walks for years now. The dogs or cats come for a little cuddling or some food.” His pictures aren’t spur-of-the-moment snapshots but the result of an enduring connection spanning many years.

Seven years ago, a dog gave birth on Mahmutovic’s street, and one of her puppies became a constant companion for the photographer. “My favorite girl would follow my dog and me on our morning walks and patiently wait for me to buy her a hotdog,” he remembers. Suddenly, though, she vanished, and after days of searching, Mahmutovic learned that she’d been sent to England. He thinks about her still, and he hopes she found a loving home. Thousands of dogs like her populate the streets of Sarajevo today, and their futures are often uncertain.

“In 2009, it became illegal to euthanize stray dogs, and the city’s shelters become full quickly,” the photographer explains. In 2013, an estimated 12,500 dogs found themselves homeless in the city. The United Kingdom-based organization Dogs Trust has stepped in to vaccinate, spay, and neuter, and the number has decreased–about 5,000 stray dogs were reported in 2017–but animals continue to struggle through long and brutal winters. “The main problem is that existing laws are not enforced properly,” Mahmutovic says. “What the city really needs is more animal shelters and medical centers.”

Life for a stray animal can be difficult, especially when the snow reaches well above a meter high, but they do their best to adapt to harsh conditions. “They look after each other, and they are very smart,” Mahmutovic says. Not only have they learned how to ride the tramway on cold days, but they also understand how to navigate through traffic. “You can see them crossing the large streets at crosswalks,” the photographer continues. “They sit patiently with the people when they are stopped at a red light and then cross with them.”

In Mahmutovic’s neighborhood, it’s not uncommon for a dog to spend a lifetime on the streets, and some have been around for over a decade. There have been upsetting cases of cruelty and poisoning, but there are also those who show kindness to animals in need. In the absence of enough rescues and shelters to house every animal, individual residents pitch in by helping to provide food to those in their area.

While his pictures do reflect the hardships these animals suffer, they also capture their resiliency and hopefulness. Often, we see them looking directly at the camera, as if to say that they have put their trust and their future in our hands. “Dogs have always been a special part of my life, and I deeply appreciate the bond we share with them,” he tells me. “Dog photography is my way of honoring their love, devotion, and uniqueness.” You can follow Mahmutovic’s work over on Instagram at @mahmutovic_adnan. 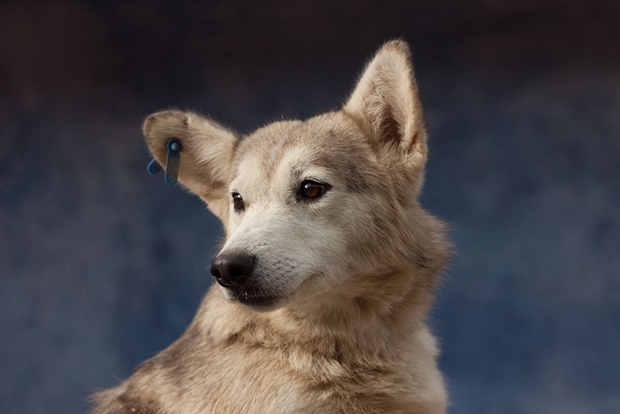 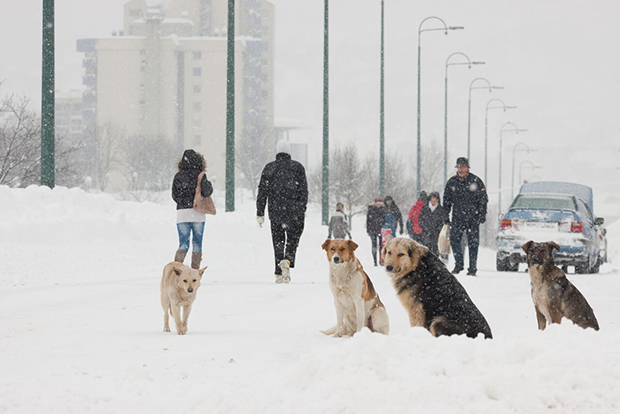 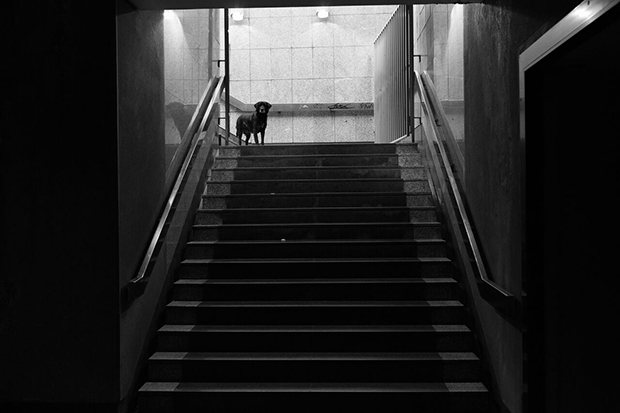 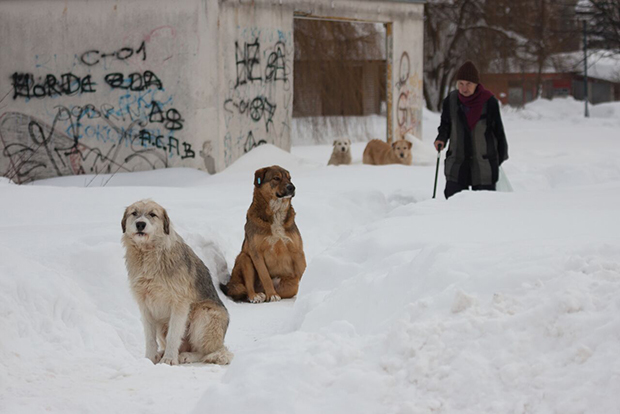 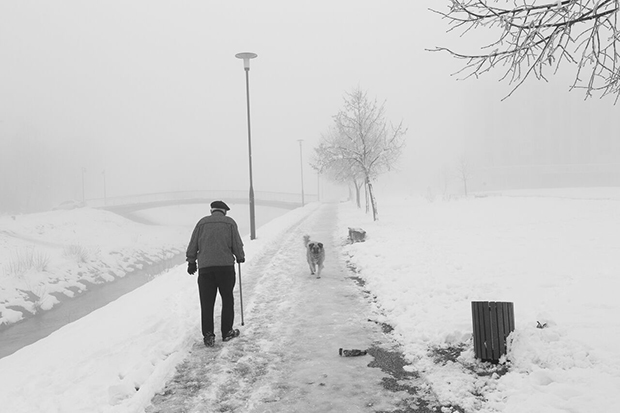 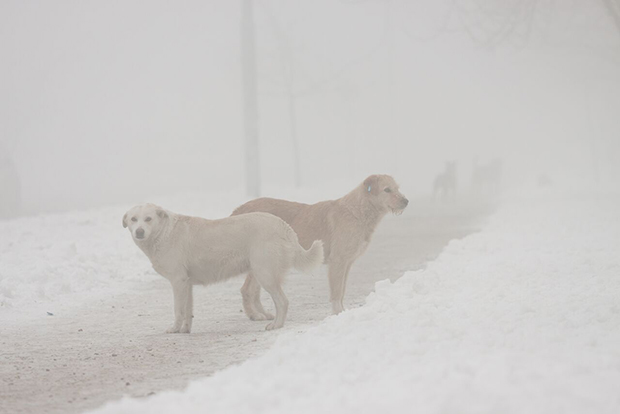 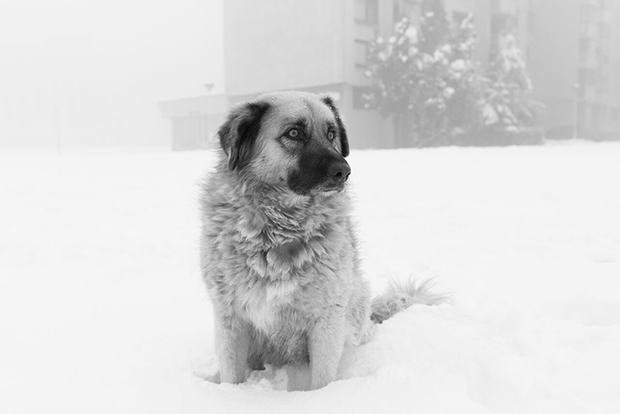