A Breathtaking Portrait of Women Amid a Primordial Landscape 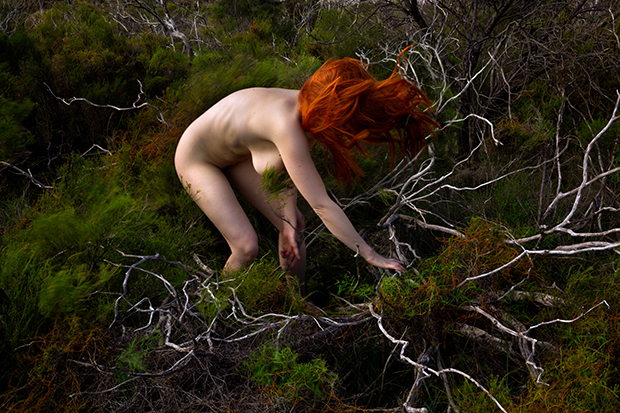 From Where We Came 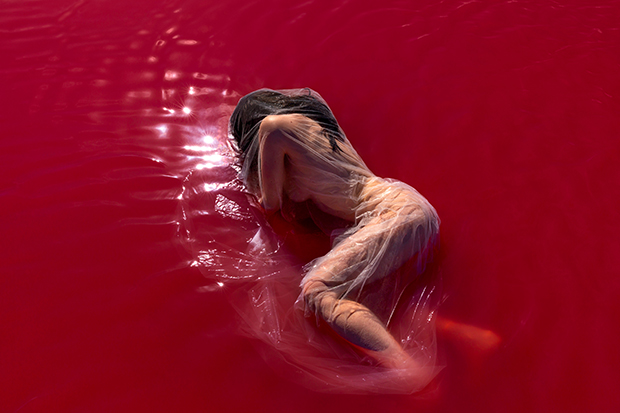 “At dusk and dawn, the edge of slumber and first light, these figures awaken out of the darkness and live in the hours when others dream,” LilIi Waters writes in the artist statement for her disquieting series, Others Dream, which features women amid an otherworldly landscape that is equal parts foreboding and curious.

Photographed across Western Australia, the images from Others Dream offer a mystical, mythical portrait of the primordial essence of life that begins in utero before being launched upon the earth. They offer themselves as wordless poems, silent revealing secrets to us, offering a moment of meditation where we can escape the artifice that civilization demands and return to something infinitely simpler albeit impossible to fully comprehend.

Here Waters shares her journey, revealing the path that brought her to the creation of this body of work, offering insight on the effortless synergy of life and art. 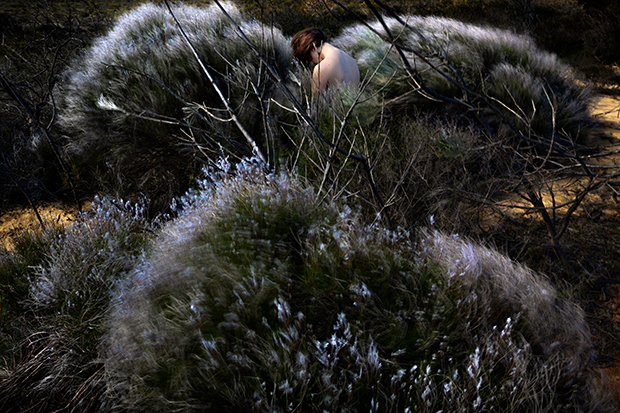 How did your mother and grandmother instill a passion for social activism and a love for nature in their work?

“My late grandmother Elaine Moir was a feminist and activist throughout her life. She was a photojournalist during the Vietnam War, and later became a part of a small team of people who saved hundreds orphans from the bombings in Saigon.

“She was a serious lover of the environment, writing letters and starting campaigns to stop McDonalds from taking over her local community, teaching me the names of all of the birds and animal species and the importance of planting trees and helping on creek clean up days.

“We would ride our bikes to the wetlands and I would watch her as she took water samples and attempted to protect the baby herons from the neighbors pet cats. She was my hero and biggest inspiration. My mother spent many years living off the grid in the bush as a younger woman and is a botanical artist, drawing her inspiration from nature.”

Can you describe life on a commune in New South Wales, and how this connection with nature has informed your sense of self?

“I was born on a rural counterculture community in Wytaliba, about 100 kilometers out of Canberra, where everyone grew their own produce on the land and washed and swam in the river. Nature had a vivid presence in our daily life that is often absent in the city, where I now live.

“Often, I wake and find myself yearning to be in the bush and close to flowing water. I was young when I lived on the commune, so I don’t have any memories from my life there. However, people from the community describe my photographs as looking as though they were taken there, so these early childhood experiences must have been very aesthetically formative for me.” 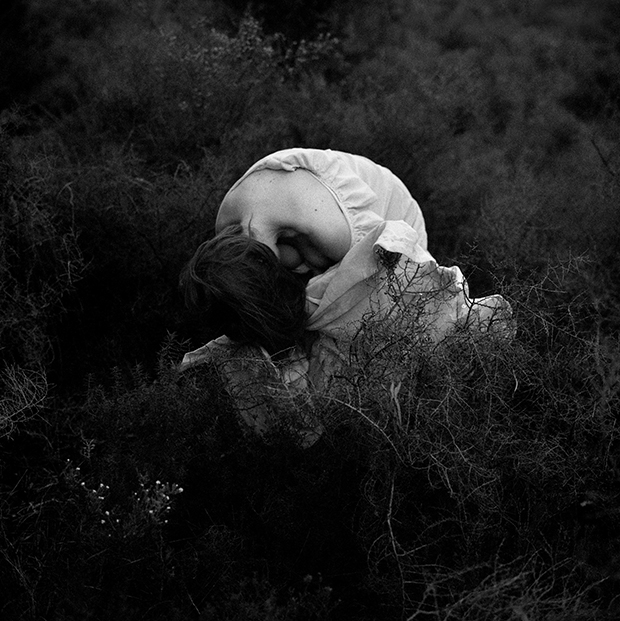 When did you begin to realize your path as an artist, and what was it about photography that revealed itself as the medium for your work?

“There was no specific point of realization that I was on the artist’s path. I’ve always needed a creative outlet. When I was a girl, I was obsessed with so many things: playing music, dancing, singing, sports, theatre and making films, although I could never paint like my mother.

“I remember this overwhelming feeling of anxiety when I used to see something beautiful in nature and no one around me seemed to be as excited as I was, so I guess photography for me is a way of capturing the fleeting beauty I see around me and being able to hold on to it and share it with others. That brings me much joy.”

Can you describe the relationship between nature and the feminine, and the way that informs the subjects of the series Others Dream?

“Others Dream questions our relationship with nature and ourselves, as well as ideas about female identity through unsettling, otherworldly scenes. The photographs encompass ideas about vulnerability and power, and aim to contradict stereotypes of feminine frailty. I hope viewers can have an emotive response and go on their own imaginative journey.” 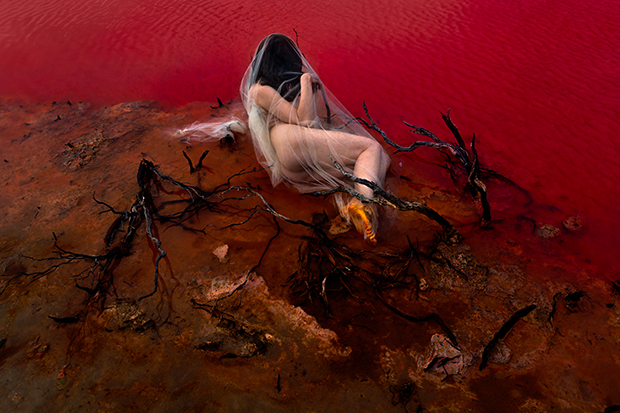 What is your process for creating these shoots — do you have a specific vision based on casting and location scouting, or is it something that reveals itself in the moment?

“Others Dream was photographed across Western Australia. At the time it was winter and I was asked to make new work for an upcoming exhibition in Florence. Victoria being too cold, I put forward an idea to take a life model and spend four days shooting in WA.

“I planned a route from Perth to Kalbarri, stopping at dunes and National parks, heading towards the pink lakes I had become slightly obsessed over. I took a dear friend of mine, who’d I’d also worked with before, and we photographed at dusk and dawn every day, driving and sleeping in between.

“I’d picked up some props from an op shop, a bag of expired black and white film I’d found on eBay and just hoped that the lake was in fact pink. There was a broad vision for the work, but the reality is, you’re improvising and working with small windows of the right light.”

Can you speak about the female gaze and the ways in which it informs your portrayals of the protagonist?

“I think it is important to provide a perspective of the female form through a female gaze. Photography is so prominent in our daily lives, I want to use this medium to gently examine the depiction of the female form as we live through the challenging Me Too era, while women everywhere grapple with the conundrum of how to represent the beauty in oneself, without being constantly sexualized.” 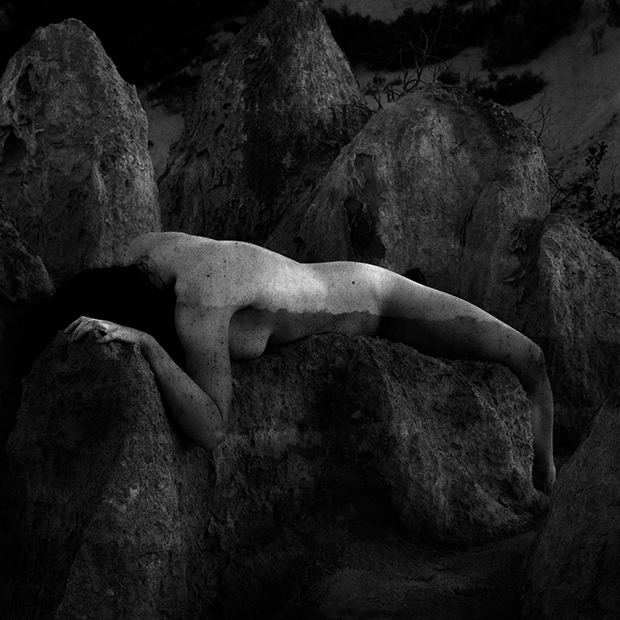 Woman in the Rock

I’ve been thinking a lot about climate change as the literal analogy of the disrespect/abuse of the feminine aspect of existence (like the earth is saying Me Too). When I saw your photos, I was struck by the powerful ambiguity — there’s both a sense of assault and a refusal to succumb. Could you speak about the way that you deal with the duality that is present in your work?

“These images for me speak to a significant part of my own identity as a woman. My images are often seen as ambiguous. I am searching for a rawness and expression that I can’t really put into words, so it makes sense that people might view them in different ways.

“Some see darkness and pain, and with this series, maybe a sense of being trapped, though for me there is a sense of freedom in creating works that can be all of these things, and also empowering and a more full expression of the feminine than that which society has fed us.

“In the photographs I wanted to communicate a sense in that the figures belong and are even nourished by these potentially hostile surroundings. Moonscape rock formations are merged with the female form, seamlessly blurring the lines between the female body and landscape. I wanted this imagery to move viewers to consider how we respond to the female body and to the natural environment.

“In the Romantic era, nature was frequently feminized in literature. Woman and the earth have been characterized as fertile and bountiful, and as providing nourishment — enabling life itself. It is interesting to revisit these ideas in the wake of the Me Too movement and impending environmental disaster. What role might women have in re-visioning not only how we understand gender but our ideas about nature?” 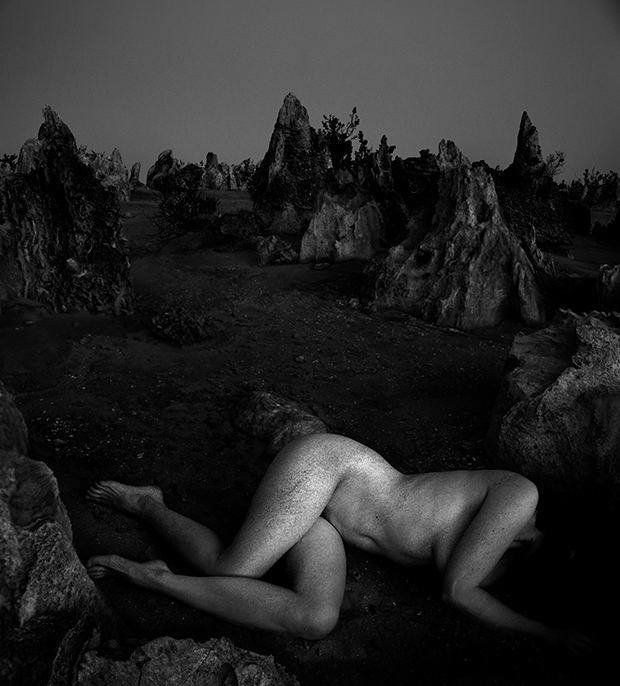 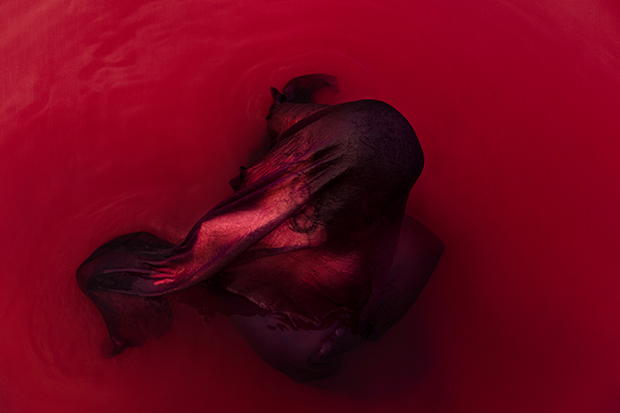 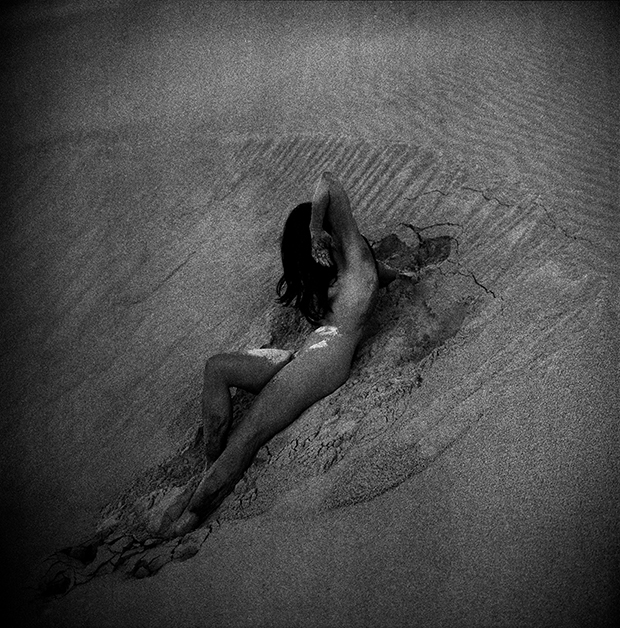 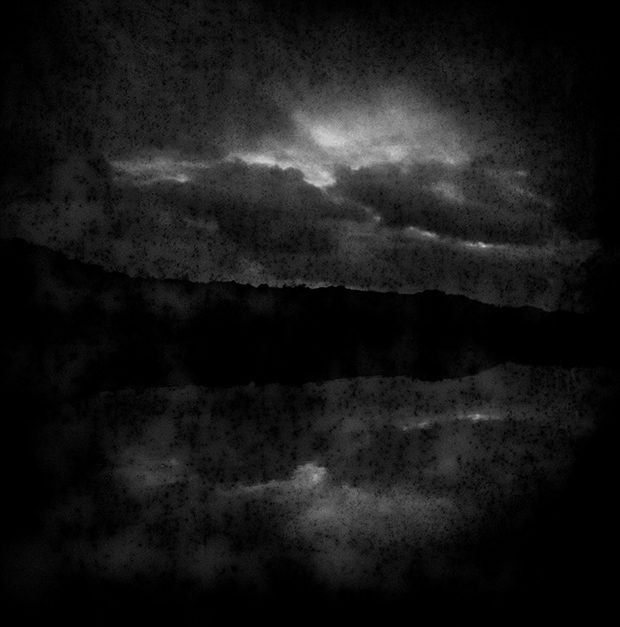