This New Award Is Exactly What The Photo Industry Needs 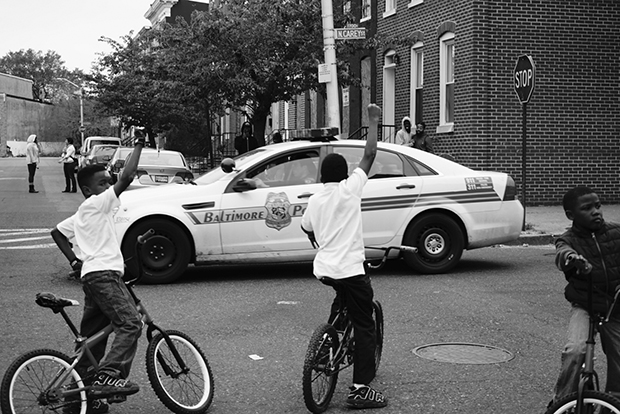 Taken April 27, 2016 during a rally in West Baltimore. As protestors and supporters march through the street, two young boys on bicycles raise their fists as a police car drives away from them. This image was taken around the one-year anniversary of the death of Freddie Gray and the 2015 uprising. © Shan Wallace 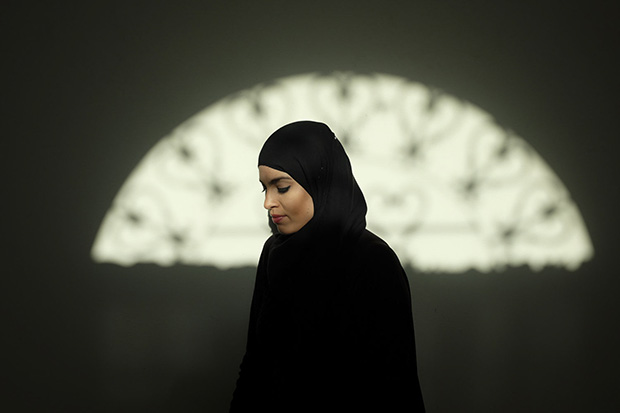 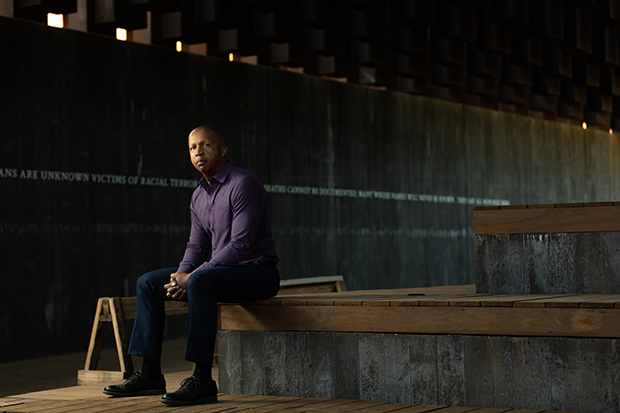 Bryan Stevenson, founder and Executive Director of the Equal Justice Initiative in Montgomery, Alabama, stands among memorial pillars at The National Memorial for Peace and Justice of those lynched in various counties and states. Photographed for NPR. © Lynsey Weatherspoon

The history of photography has been written primarily by white, cis-gendered, heterosexual men. “Culture is driven by creatives of color, but so often mainstream media removes the cultural significance, voice, and tone and seemingly co-opts our brain power,” the Atlanta-based photographer Lynsey Weatherspoon writes. “Lifting up and centering stories of color is critical, as is making space for women and creatives of color to tell their own stories.” Weatherspoon is one of 30 photographers selected to be part of The Lit List, a new award devoted to doing exactly that.

The Lit List, launched by the photographer and writer Oriana Koren of the Authority Collective in collaboration with Diversify.Photo, amplifies the voices of marginalized and underrepresented lens-based artists. This includes but is not limited to womxn, transgender, and non-binary photographers and filmmakers of color. This year’s superstar jury included the photographer and professor Zora J Murff, California Sunday‘s Paloma Shutes, The New Yorker‘s Siobhan Bohnacker, the Magnum Foundation’s Noelle Flores Theard, Wired‘s Sara Urbaez, the visual historian Renata Charlise of Blvck Vrchives, the art director and illustrator Jaya Nicely, the photographer and photo editor Danielle Scruggs, and Hannah Kuo of Lucky88.

The 2018 Lit List includes photojournalists, fashion photographers, human rights advocates, and everyone in between. Among many others, this year’s awardees have shared the stories of Indigenous communities on Turtle Island (Josue Rivas), protestors and demonstrators in Ferguson (Carolina Hidalgo), black farmers in California (Michael M. Santiago), and a diverse cast of Star Wars fans who break the barriers of previous generations (Rhynna M. Santos). There’s Shan Wallace, the mind behind Sisters with Stories, an Instagram project “Exploring Black Womanhood and Survival.” In the Philippines, Eloisa Lopez shows us the devastating consequences of the war on drugs. Erika P. Rodriguez paints a nuanced portrait of life and identity in Puerto Rico.

This month, The Lit List will exhibit at Photoville at Brooklyn Bridge Park, and you can show your support by donating to their ongoing fundraiser. In addition to the costs of the container exhibition, monetary support will help cover travel grants for Awardees. Learn more here. In anticipation of the exhibition, we asked Koren and Tara Pixley, member of both the Authority Collective and the special jury for The Lit List, to tell us a bit about the ground-breaking initiative. Check out The Lit List here. 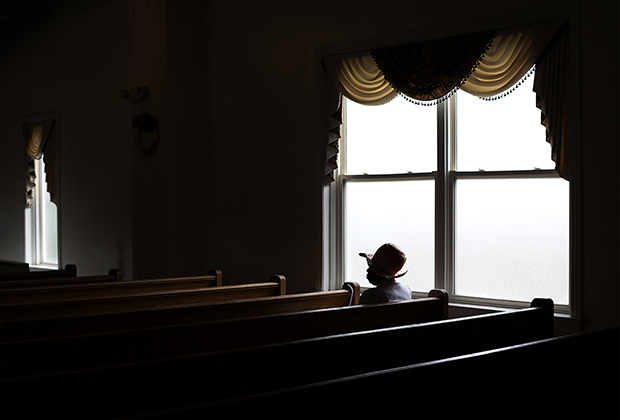 A woman waits for a church service to begin at Progressive AME Zion Church in the Hamilton Heights neighborhood of St. Louis, Missouri. © Carolina Hidalgo 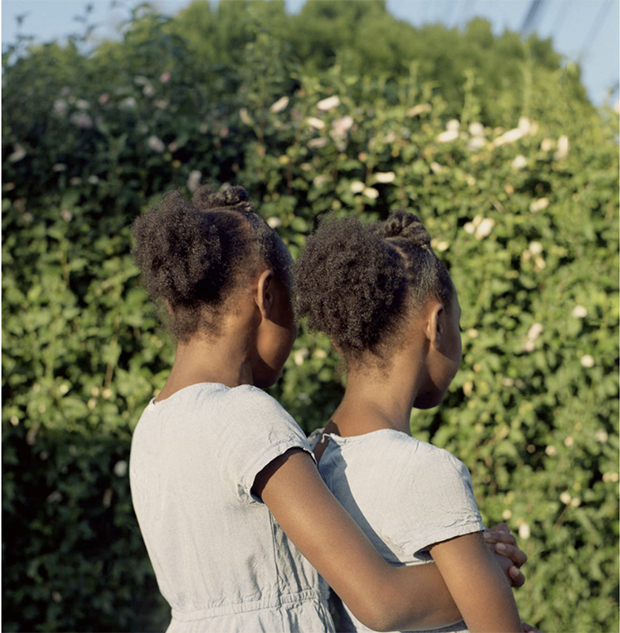 Looking back through photography history, we can see that the field suffered tremendously due to a lack of opportunities for womxn and people of color. Some of the most important artists from the last century only now just getting their due. What are some of the consequences of not giving marginalized communities a voice in photography?
Oriana Koren: “People learn through storytelling, observation, and memory, which is what we are dealing with in photography, but American memory is selective. Our inability to recall the past in order to learn and to grow is severely impacted when we continually ignore the visual voices of marginalized artists. Images help transmit cultural information, and what we continually turn our cameras to or away from helps to illustrate not only what we/who/where find important but who’s stories are worth preserving depending on what the cultural information transmitted says about the dominant culture.

“Unfortunately, ours is one obsessed with whiteness and the maintenance its supremacy. One very powerful way of shifting culture is through photography, especially that which that challenges the narratives of the dominant culture. It’s no accident that the visual voice of marginalized artists have been so subdued, as our daily lived experiences challenge the dominant narrative. If we continue to allow the limited imagination of whiteness dictate how we view the world, we are actively participating in the diminishment of our humanity.” 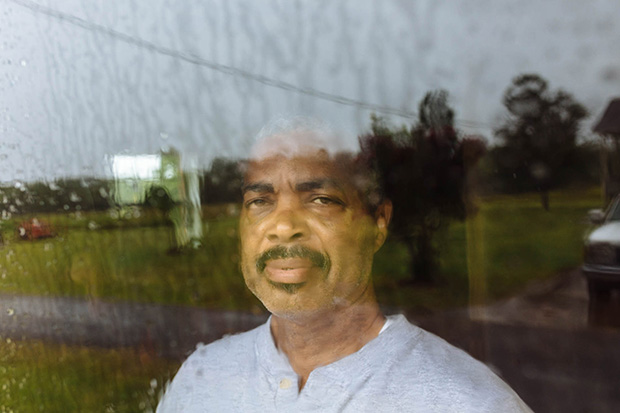 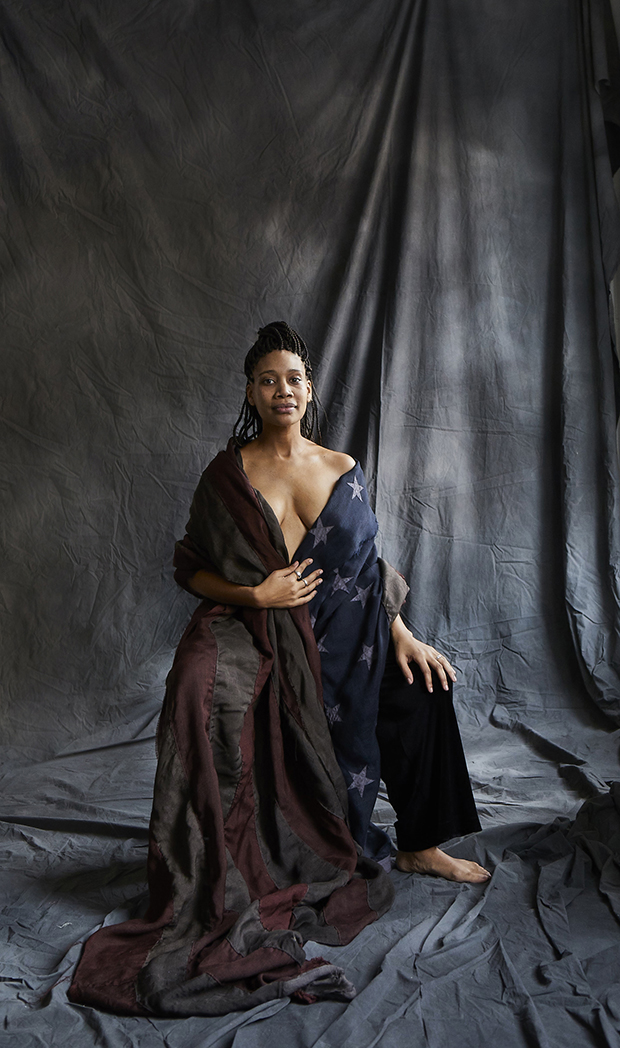 Can you tell us more about the failings of the photo industry when it comes to inclusion and representation?
Oriana Koren: “Lens-based industries have been dominated by white men since their inceptions. Centuries of white supremacy, patriarchy, and the male gaze have defined how we all experience the world, regardless of our varied experiences and identities. We’re currently living in the very serious danger of what it looks like when we leave our cultural storytelling to a dominant group enticed by power and privilege.

“That’s the failing: that we’re living it right now and too many in our industry feel personally attacked by conversations of inclusion or the very real damage photography has done in terms of how certain groups and countries are perceived. That’s not even the tip of the iceberg! The only way to begin to heal that harm is to hold ourselves accountable and listen (not argue, not bring up guilt or shame, but listen mindfully).” 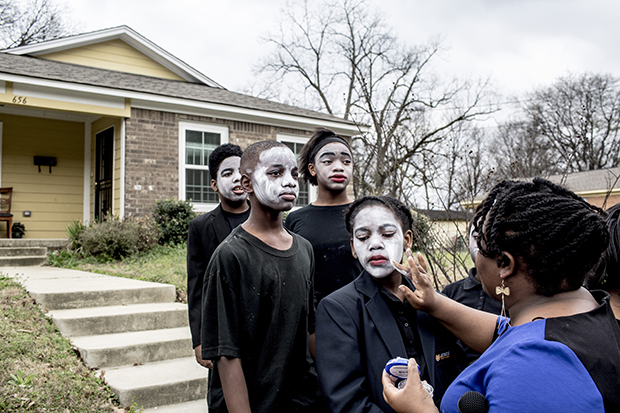 Why 2018? What makes the Lit List so crucial today? Did our political climate influence you at all?
Oriana Koren: “The Lit List is crucial because it’s disruptive. We made the list for the purpose of acknowledging talent and giving artists who feel overlooked or invisible a reminder that outside of industry, we are a community. We take care of each other and acknowledge one another’s potential and dreams. That’s disruptive when you’re working in an industry that isn’t built to consider you: your work, your human experience, your capabilities, your future. We can do that for one another, so we did.

“Now there is another list, I hope this also creates some pressure for juries and nominators to open their circle of photographers up in such a way that it’s representative of the world we live in. A lot of our industry lives in a very white, very liberal echo chamber, and right now we need agitators, disruptors to share our names to their colleagues, to mentor us and support us, to build intimate relationships with us based on mutual respect and not on exploitation. I hope the existence of this list makes that a little simpler.” 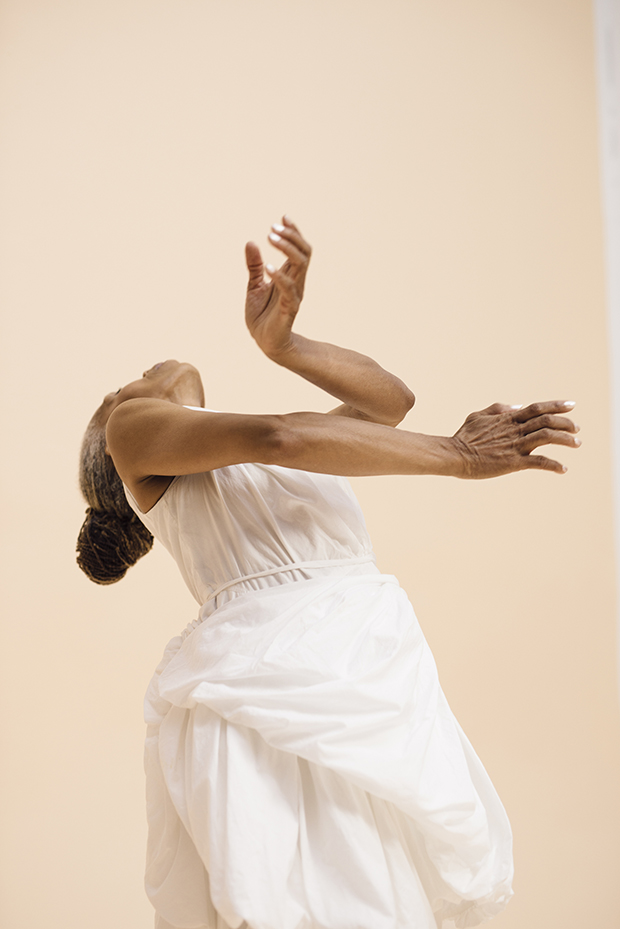 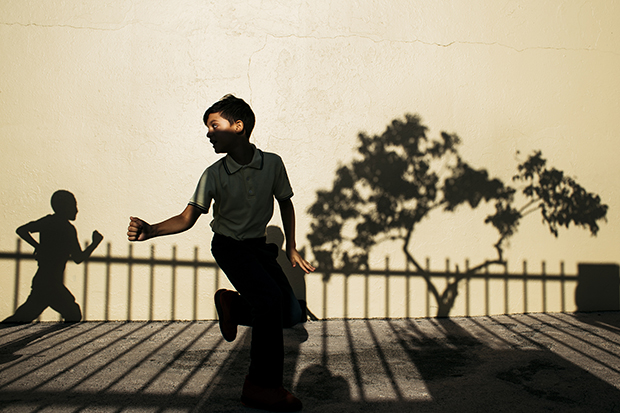 What did you look for in the Lit List winners?
Oriana Koren: “Potential, honestly. Marginalized artists are so deeply in the margins, our ability is always questioned regardless of our hunger to put in the work to be impactful artists. We all start somewhere, and we know our starting line puts us laps behind privileged artists. All our best athletes show promise; artists are much the same way. There needs to be something there to cultivate, to support and watch grow. We just wanted to recognize a group of marginalized artists who are making strong work now who we think have the potential to make impactful work in the future.”

Tara Pixley, judge for special jury of the Lit List: “I was looking for people whose work told a visual story different than what I typically see, looking for a passionate engagement with the human condition paired with an eye for unusual compositions and aesthetic approaches. I was overcome by how many amazing artists of color are putting out perspective-changing work.

“So much of the work was beautiful, but two photographers stood out to me as exceptional. Arlene Mejorado‘s incredibly piercing portraits and Dana Scruggs‘ ability to capture the human form and black skin in stunning stopped-motion detail were both highlights of the List.” 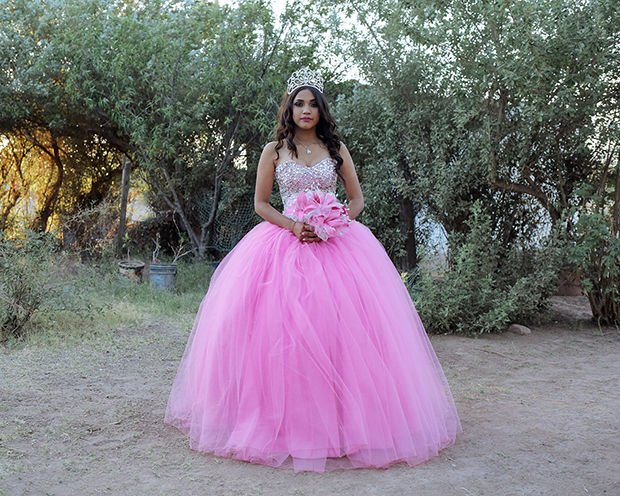 What can we as a community be doing to right the wrongs done to underrepresented photographers?
Oriana Koren: “Hire us. Pay us a living wage. Confront your internalized biases regarding race and gender. Confront your colleagues and call them out on their biases. Defend and advocate for us when we are faced with microaggressions on set/while on an assignment and we make you aware of those experiences. Allow us to us surprise you and let down your guard. Hire us, not once or twice but over and over again.” 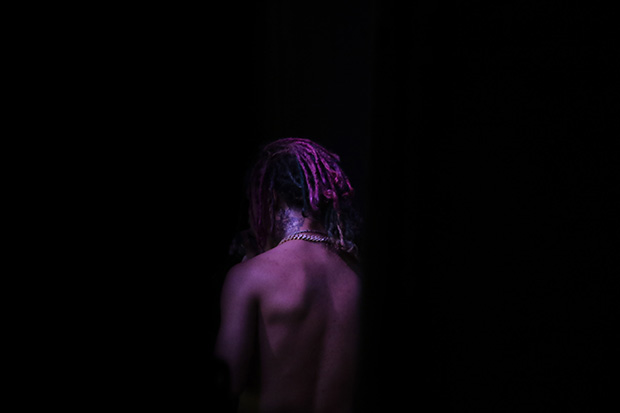 Lil Pump between songs at his concert at the Ritz Ybor in Tampa, FL, on Thursday, Nov. 30, 2017. © Gabriella Angotti-Jones (Times)

What do you hope young womxn and POC photographers will see when they look at the Lit List?
“I hope they see that not only can they succeed in photography but also that their peers and their community work at such high levels of image-making and storytelling. They should never doubt their own potential. If those 30 artists can be recognized for their demonstrated talent, you can too. You will. Your efforts, those 10,000 hours won’t go to waste because your community is doing all it can to help remake our industry into one that is equitable, where you are valued.”

And what about people in positions of power within the photo industry? What do you hope they learn from the Lit List?
“I hope they see that the tide isn’t just coming; it’s already come ashore.” 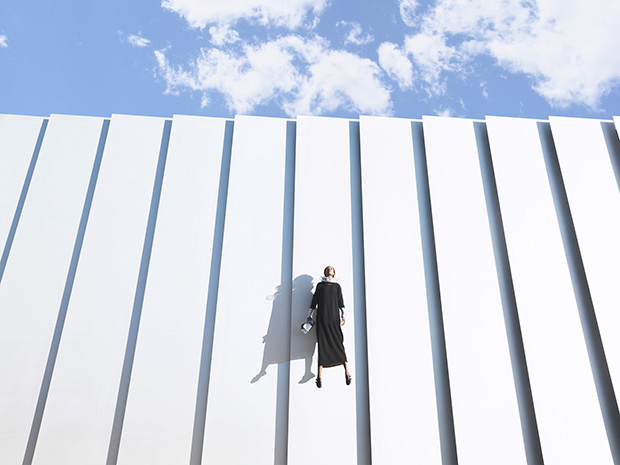 I’ve asked you about the lack of diversity in photography, but has there been a moment where you’ve been hopeful for and encouraged by the photo community and its potential?
“Moments when I see marginalized artists creating spaces (be it collectives, new awards, meeting each other for lunch, hiring one another on gigs, etc.) for one another to thrive really make me feel hopeful.” 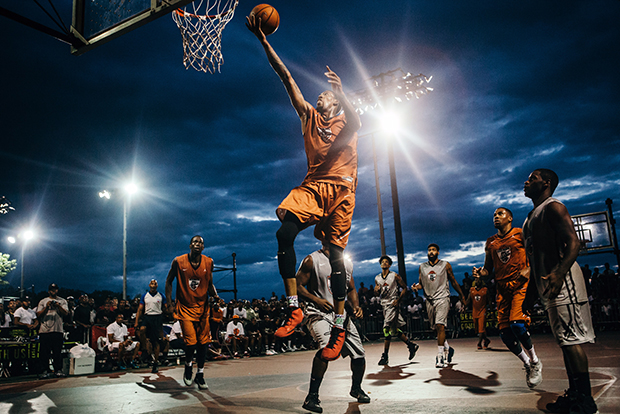 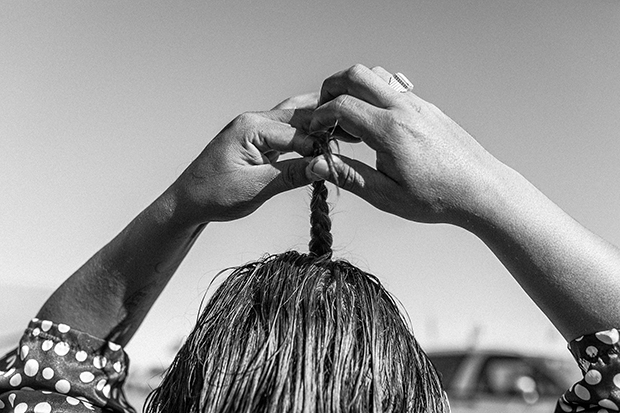 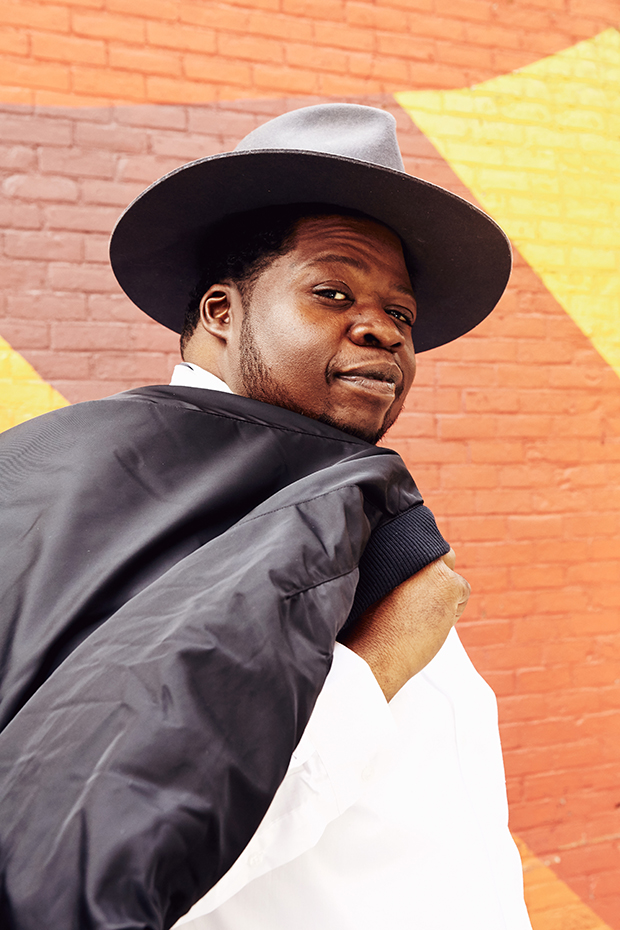