Celebrating Harlem’s Legacy with Portraits of “The Golden Age” 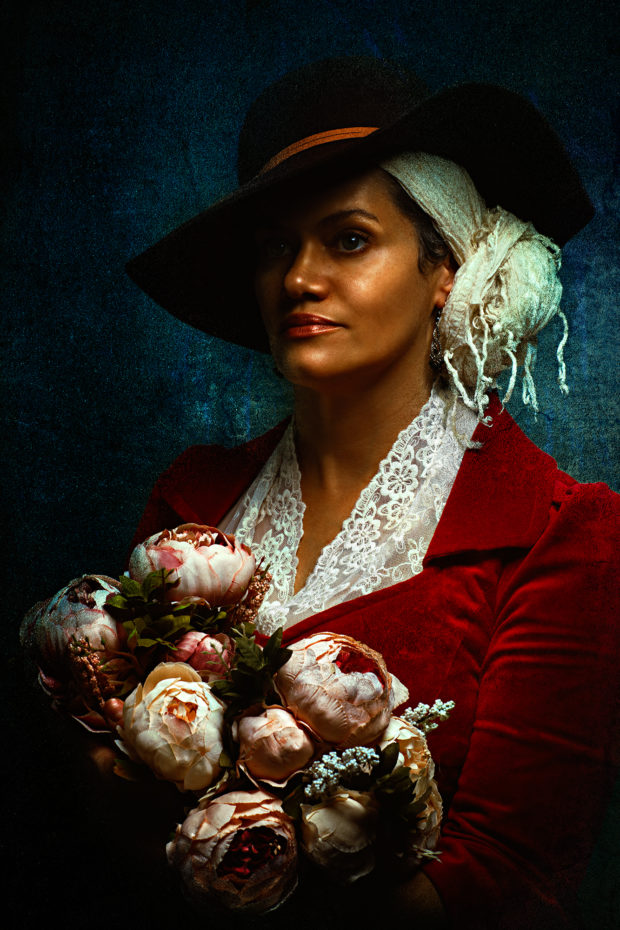 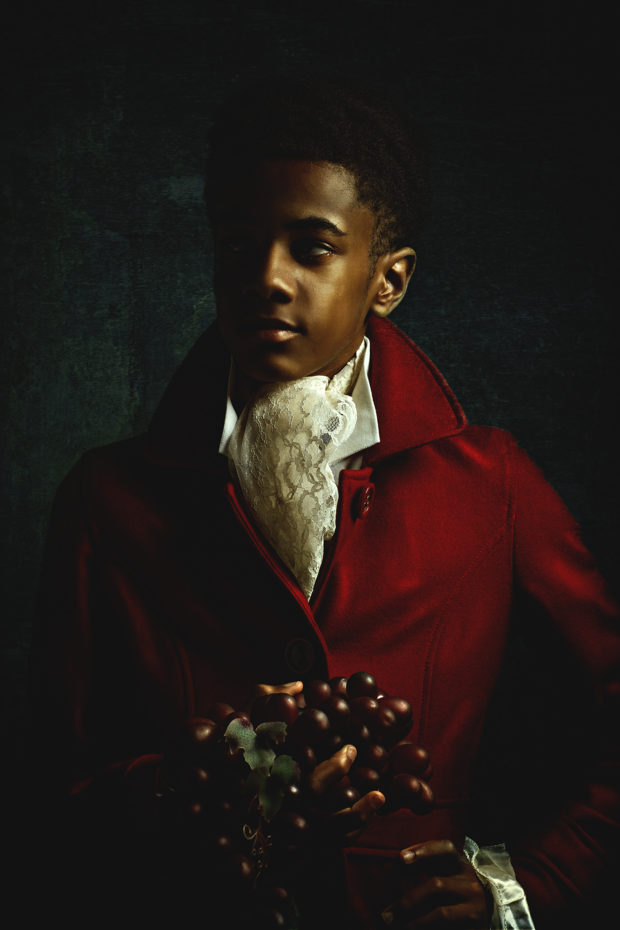 Native New Yorker Alanna Airitam understands the impact of place as it informs our sense of what is possible. Within the history of Western Art is a vast sense of absence and exclusion. Visibility and representation occurs for a select few the powerful and wealthy wished to venerate, often propagating distorted, dissembling narratives they pawn off as history.

After considering the limited spaces offered to Black folk in Western art, both on the walls and in offices, Airitam recognized a path for herself, one she began to pursue without knowing where it would take her. Her understanding of the human spirit found a natural home in portraiture, and as she continued to photograph, a story revealed itself.

In The Golden Age, Airitam weaves a tale of two cities exchanging ideas over the centuries, reuniting Old and New Amsterdam – Haarlem and Harlem, to be exact. It’s not small coincidence that City of New York was founded by the Dutch during their seventeenth-century Renaissance – in a real estate swindle, no less.

Fast forward three centuries, and the Harlem Renaissance is in full bloom as the nation’s greatest mass migration takes place over a period of 70 years, with Black folks fleeing the South following the hell of Reconstruction. For decades, Harlem sparkled uptown, the crown jewel in the city that never slept.

But the government-sponsored plague of benign neglect helped destabilize the city, making it ripe for the plagues of crack, AIDS, and gentrification over the past 50 years. Yet, it is exactly these changes that have stirred Aitiram into action, calling forth a desire not only to honor the grandeur of yore but to inspire a new generation to carry forward a legacy that continues to reveal profound depths of knowledge, wisdom, truth, beauty, passion, and majesty.

Airitam’s photographs from The Golden Age will be on view in How do you see me? at Catherine Edeman Gallery, Chicago, from September 7 – October 27, 2018. Here, the artist shares experiences and insights she has gathered along the way. 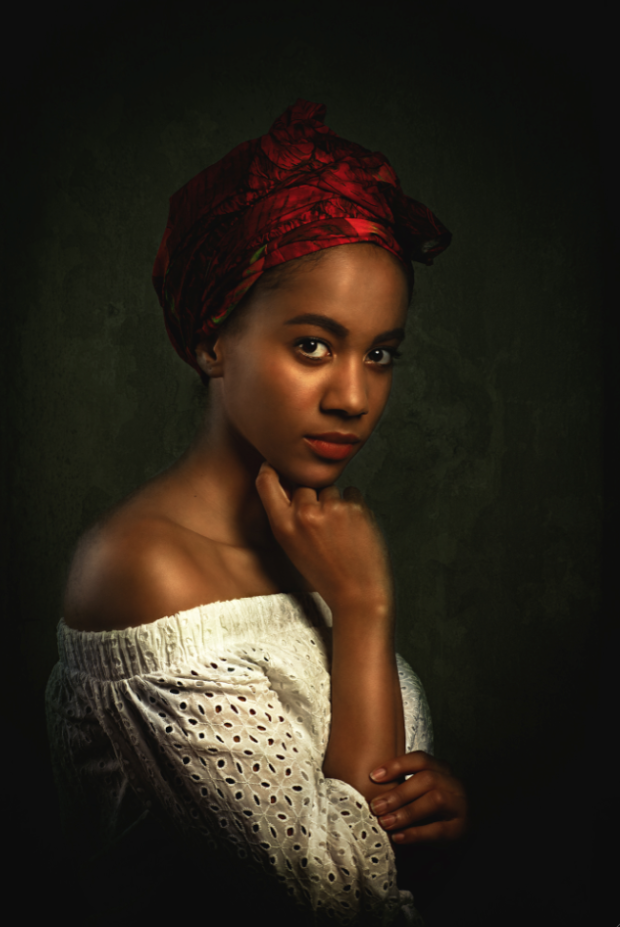 Could you speak about the inspiration for the series of work you will be exhibiting in the show and how you adapted these ideas into a deep and multi-layered exploration of contemporary Black womanhood?

“The inspiration came unexpectedly. It was a gift for me. I was suffering from being in a dark place. I had been working in the marketing filed my entire adult life and knew I never really fit in that space but that’s what you do when you have to pay bills. I was working at a place that was incredibly toxic.

“Also during that time I was inundated, as everyone was, with police brutality in the news every single day. I could not find a way to process any of this. None of it made sense. I would hear something on the news and I’d have to go to bed, or go to work. There wasn’t any space in between to sit with what we were dealing with, and so it just got stuck inside.

“At some point I realized I couldn’t do that anymore to myself. It wasn’t worth it to get sick. So I quit my job but I didn’t have any other place to go to. I knew that if I was going to quit, I wasn’t going to go back into doing the same thing again.

“I picked up my camera because that is the only thing that soothes me – it makes me feel calm and takes me into a completely different place. I had friends come over and we started doing this – and as I was shooting, this story started to form and it became an interesting mystery I needed to figure out.

“I would shoot, and then look at it next to what I had shot previously and think, ‘There’s something here! It’s trying to tell me something.’ So I would shoot a little bit more and get a little more information. It wasn’t until I was three quarters of the way done with The Golden Age that I realized what was coming out.” 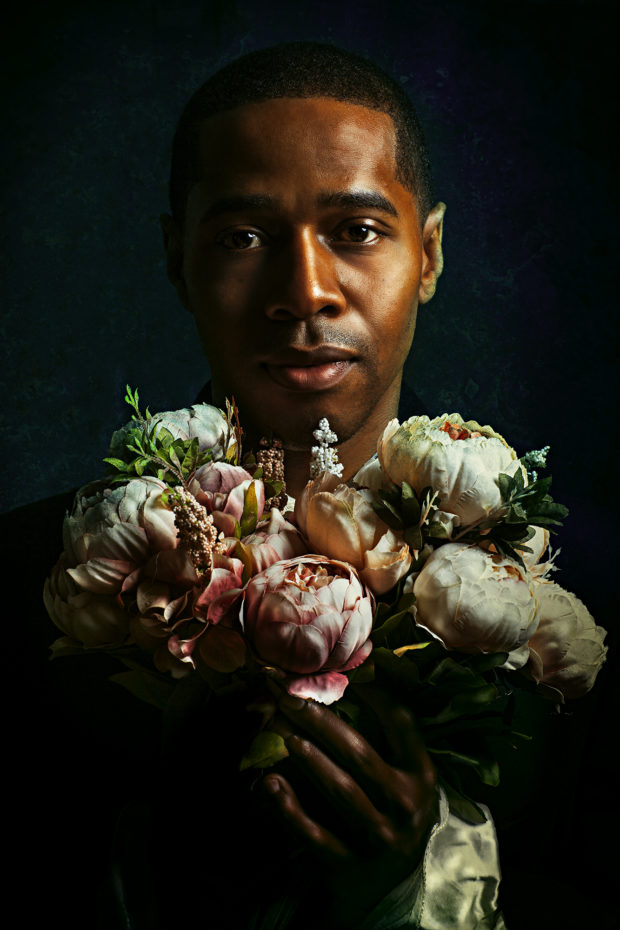 “It’s such a big thing. Making the decision to do something that was healthy and good for myself was the turning point for me. At the election, right before I quit my job, I looked at the world we lived in and how I felt about the life I was living, and I thought, ‘What’s the point?’

“So I thought, ‘Okay. I have been making the same decisions and complaining that it’s not any different, so how about (laughs) if I just try something different and see what happens.’

“I did an experiment. I gave myself three months and decided to say yes to all the things that felt good to me. Those three months changed my life completely. I said yes to my creativity, instead of making excuses like, ‘I don’t have time to shoot.’ I decided to shoot for the act of shooting, and I started to live my life from that. Everything in my world changed after that.”

Could you speak about the significance of visibility and representation for Black women in photography, both in front and behind the camera?

“It’s overdue because we haven’t been represented. That was a big driving force for me – not just from the female perspective, but just being Black and not having seen myself represented in a way that I felt like I could be a part of the art scene. I never even knew that I could go and get a curator job. I just knew that I loved art and went to museums, and I would never see anybody that looks like me, ever. There was never a Black woman on the walls unless she was depicted as serving someone in some way.

“That spoke really loudly to me because it really put off my art practice. I’m 47 now and I didn’t really start on it until I was 45 because I didn’t think I belonged in those spaces. I kept it to myself and would do things for me. I really didn’t think that was a space I could be involved in. It is overdue.

“I want to put pictures out there that show a younger version of me that is walking around now. I wanted to create that so that that girl could see herself and feel like, ‘I belong here. I can be in this space.’ I was creating it for me on a cathartic level but I also feel like there was a bigger driving thing.” 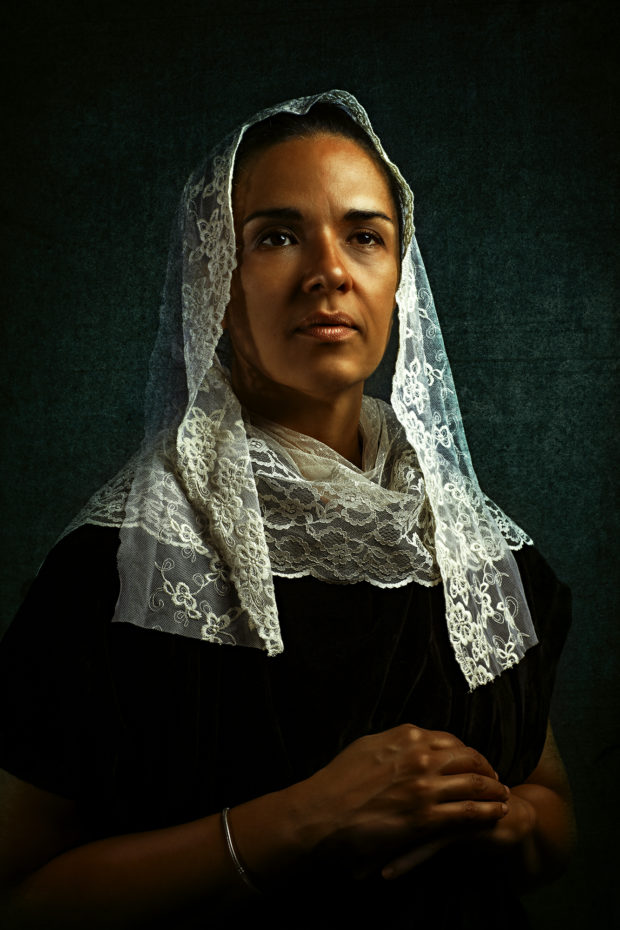 Could you speak about the significance of Harlem, particularly in a culture of gentrification and erasure?

“It feels like such an assault, specifically for Harlem, because that was our space. We don’t have any space. That’s our space. It angers me that the places from our history, that we should be able to go to for inspiration, they should be there and they should be intact. These places should be landmarked and respected as such.

“There was this really interesting juxtaposition I found when creating it, in that the work was turning out to look very painterly. I didn’t start off with this idea to create a body of work that looks this way that’s going to say all this. I took a portrait and once it was done, editing it I looked back at it and I liked the way it looked. I realized there was a story in there.

“It kept harking back to what we know to be as art even in the laymen sense. Even if you don’t know anything about art, if someone showed you a painting from the seventeenth century, you would say, ‘Yes, this is art.’ Because we were not a part of that, it was interesting to me that I started to create this body of work, I realized, ‘Ohh, these are spaces we don’t belong in? Well, I’m going to put us there.’

“Then I started to see this overlap between the Dutch Renaissance and the Harlem Renaissance. I have a deep connection to New York. My father grew up in Brooklyn and my whole family is from New York so it felt like a little warm hug to be able to bring that part of my family into the story.

“Looking at the juxtapositions, and looking at Harlem, I was like, ‘Here it is again, rearing its ugly head. Taking away our space, not allowing us to exist in a space fully.’ I noticed how the history is getting stripped away, and the stories are getting stripped away, and people don’t know what happened in those space. Those buildings were crack dens in the ‘80s and now they are turning into Whole Foods.

“I’m like (laughs), ‘I’ve really had enough of this!’ I am going to reclaim everything that I can, and I am going to put it into this story as a ‘This is us. This is where we belong. This is who we are. This is our power, our strength, and our beauty. Period.’” 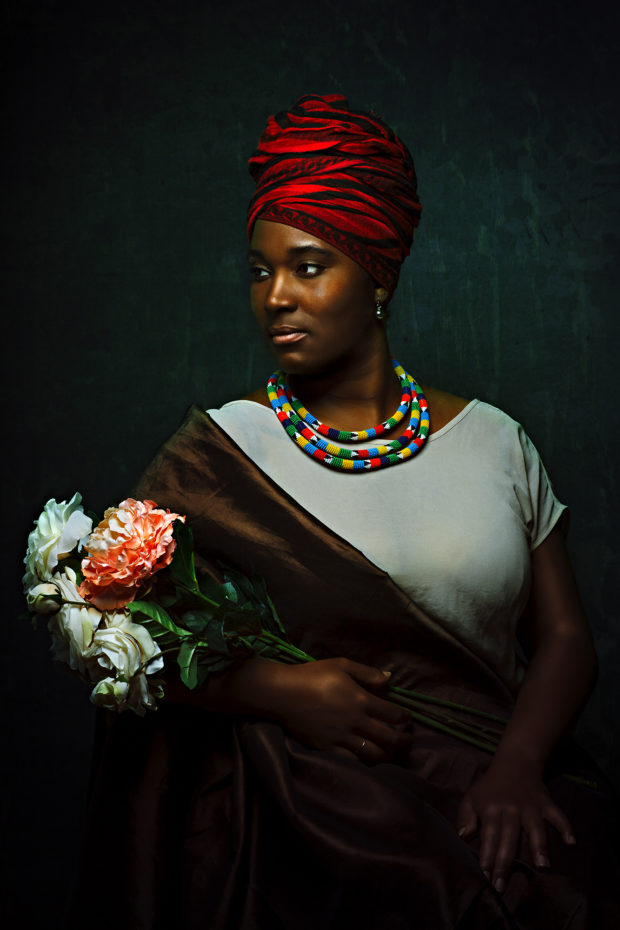 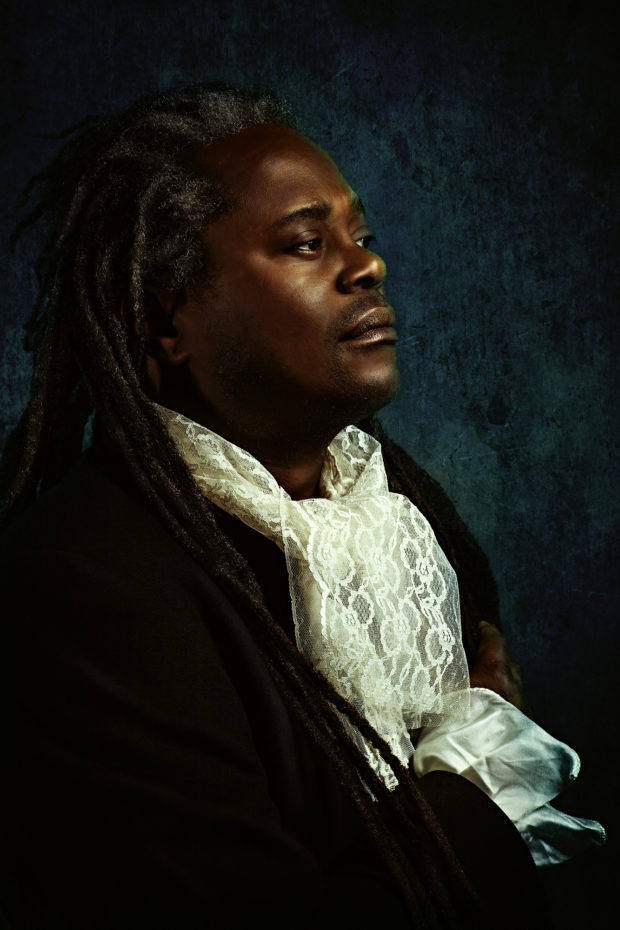