The Stories of Marginalized People Around the World, in Photos

By Smithsonian Magazine on August 1, 2018 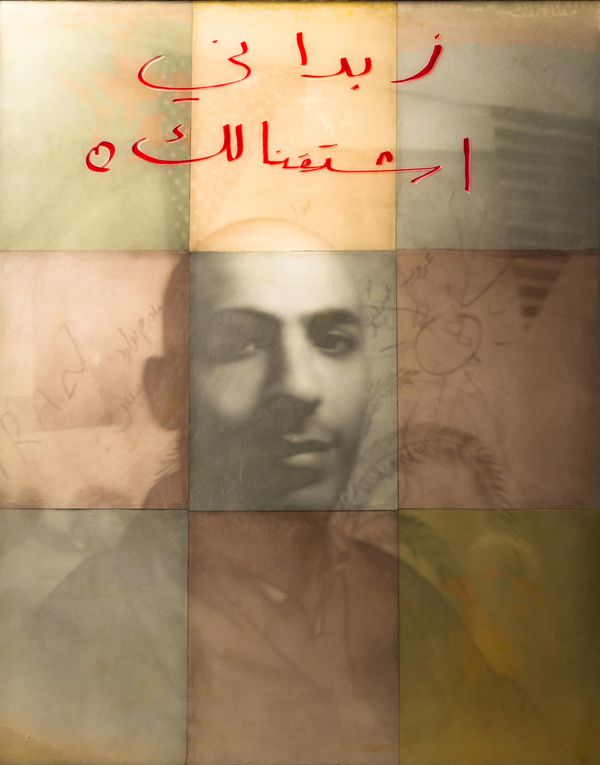 Moria #2: Rakan Alzahab, who fled the civil war in Syria, at the food tent at the Moria refugee camp on Lesbos, Greece, in February 2016. His inscription, in Arabic, reads, “Zabadani, we miss you.” It refers to his hometown, in the hills outside Damascus. (Artwork by Wayne Martin Belger; Photograph of artwork by Jade Beall) 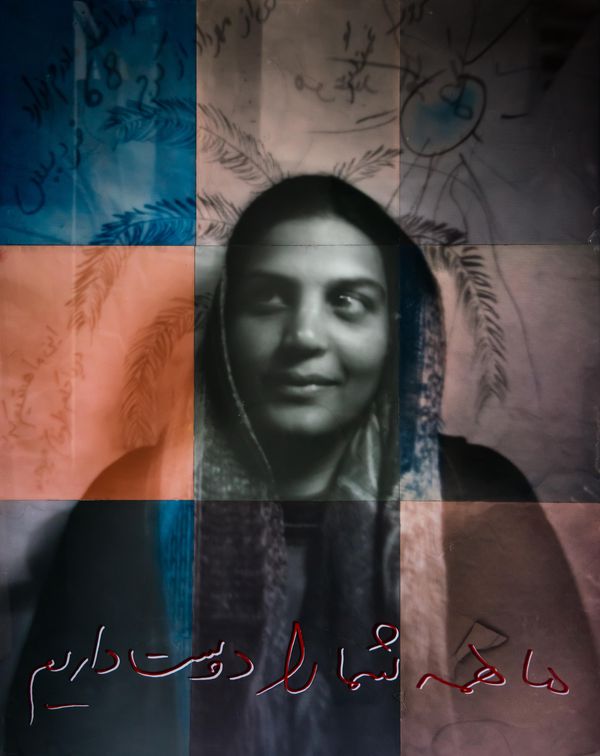 Moria #3: An Afghan woman at the food tent at the Moria refugee camp on Lesbos, Greece, in February 2016. She had arrived after crossing the Aegean Sea in a smuggler’s rubber boat. Her inscription, in Dari, reads, “We love you all.” (Artwork by Wayne Martin Belger; Photograph of artwork by Jade Beall)

Syria’s civil war was hurtling into its third brutal year in the spring of 2014. Rakan Alzahab was 17. One day, when he was stopped at an army checkpoint near Damascus, a soldier examined his cellphone. Among the pictures on it was one of his cousin’s daughter holding a rebel group’s flag across her shoulder.

The soldier took him into a building where other soldiers beat him for two hours before setting him free. “I returned to my house where I lived with my mother and my sister,” Alzahab told Smithsonian by email. “My mother saw me and got shocked and said, ‘You will not stay here anymore. Go away and stay alive.’” And so began his long journey into exile.

The photograph of Alzahab on this page was taken while he was on Lesbos, where the Moria refugee camp, a fenced-in jumble of cheek-by-jowl shelters, left a big impression. After a sleepless night—“I was afraid something would happen to me or someone would come and steal my money”—he walked to the food tent. “I was in the line, waiting, when Wayne came with his camera. I asked myself, who is this man and what is he doing here?”

Wayne is Wayne Martin Belger, an American photographer, and he was volunteering at Moria while working on a project he has titled “Us & Them,” a series of unusual portraits of people who have been oppressed, abused or otherwise pushed to the margins. The camera that caught Alzahab’s eye is indeed a curiosity: 30 pounds of copper, titanium, steel, gold and other metals welded together into a box that makes pictures by admitting only a pinhole of light.

Alzahab is one of more than 100 subjects Belger has photographed in five countries so far. He went to Mexico’s southernmost state, Chiapas, to photograph the Zapatista rebels who have been fighting since 1994 for the redistribution of land and other resources, as well as autonomy for the nation’s indigenous people. In the Middle East, Belger photographed Palestinians seeking a homeland. In the United States, he spent more than two months in 2016 documenting protesters trying to halt construction of the Dakota Access Pipeline because of fears that it would foul Lakota drinking water and burial grounds.

Belger emphasizes his subjects’ individuality to spotlight their humanity. After getting to know them a bit and asking them to pose for a portrait, he asks them to write “words from the heart” in their native language. After enlarging the original 4-by-5 exposures into prints measuring 48 by 60 inches, he transfers the text onto the prints, which he titles as artworks. 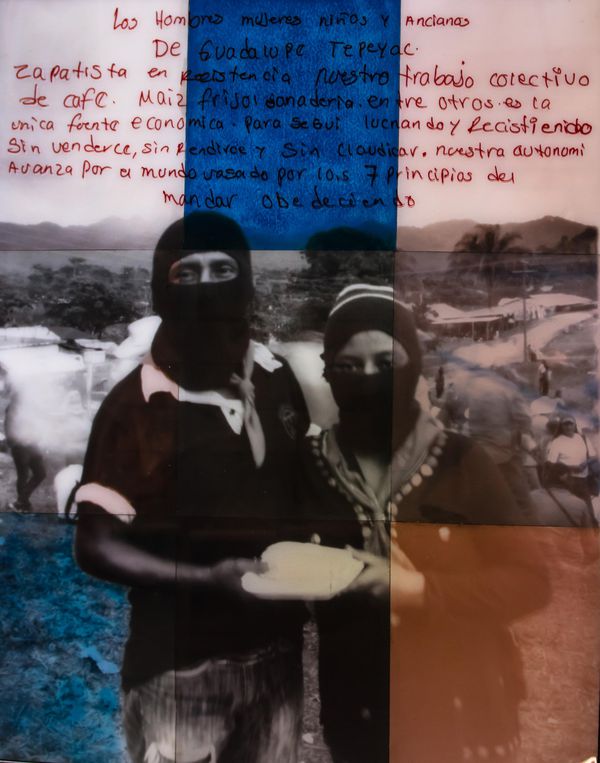 Zapatista #4: A couple with homemade tortillas on a Zapatista compound in Chiapas, Mexico, in October 2017. Their inscription, in Spanish, celebrates “our collective work with coffee, beans, corn and livestock” as the “economic fountain” of their movement. (Artwork by Wayne Martin Belger; Photograph of artwork by Jade Beall) 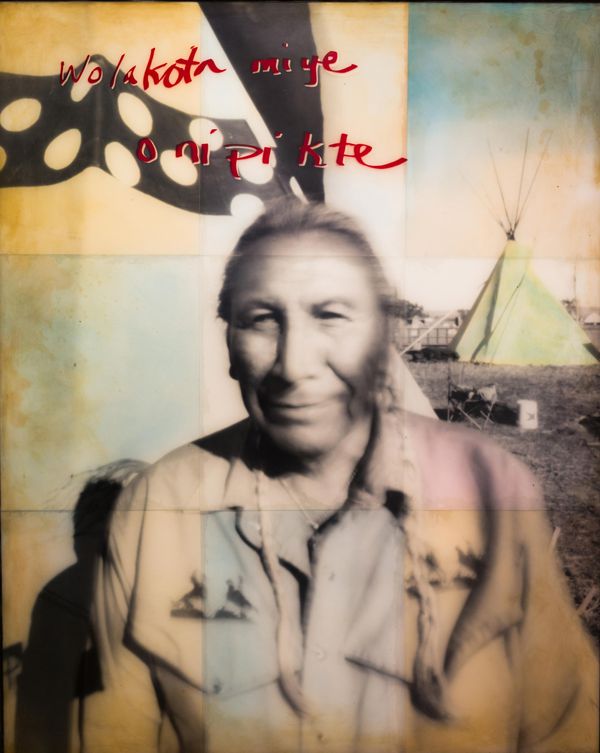 Standing Rock #1: Chief Arvol Looking Horse, religious leader of the three branches of the Sioux Nation (Lakota, Dakota, Nakota), at the pipeline protest in North Dakota, in September 2016. His inscription, in Lakota, reads, “We are spiritual, we will survive.” (Artwork by Wayne Martin Belger; Photograph of artwork by Jade Beall) 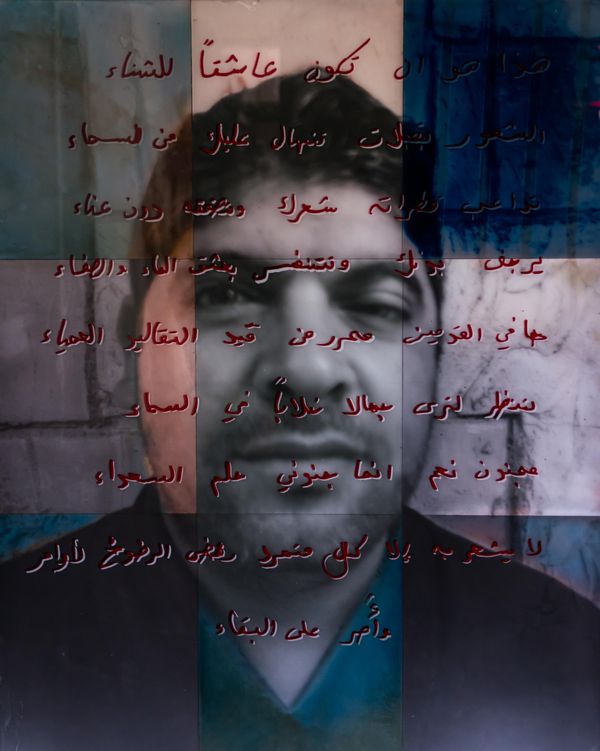 Palestine #2: A Palestinian in Nazareth, Israel, in November 2015. His inscription, a poem in Palestinian Arabic, reads, in part, “Barefoot, free from every tie and blind tradition / You look to see a spectacular beauty in the sky / Crazy, yes. Though my craziness is the dream of the happy ones!” (Artwork by Wayne Martin Belger; Photograph of artwork by Jade Beall)