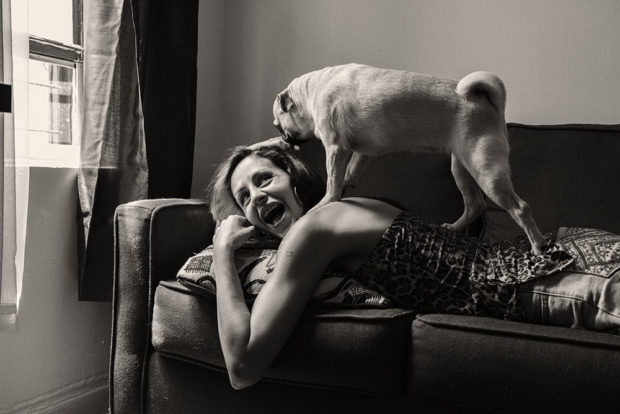 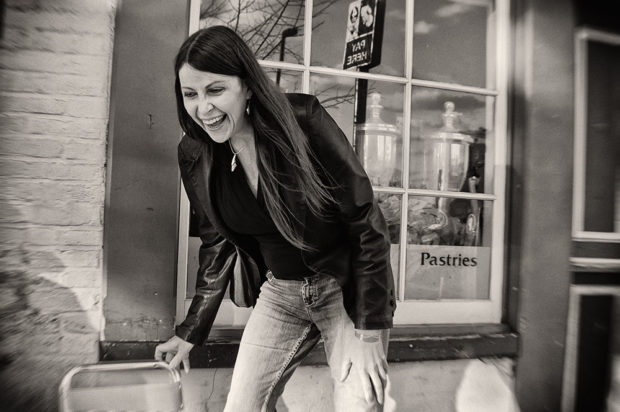 “Anybody who knows anything of history knows that great social changes are impossible without the feminine ferment. Social progress can be measured by the position of the female sex,” Karl Marx wrote in a letter to Ludwig Kugelmann in 1868.

A century later, Marsha P. Johnson, an African American trans woman, would kick off the LGBTQ Liberation Movement when she set off the Stonewall Riots at 2:00 am the morning of June 28, 1969. Now, nearly 50 years later, trans women remain at the forefront in the fight for equality, visibility, and representation.

In Female (Daylight Books), Chilean photographer Pilar Vergara shares the portraits of trans women from across the United States, who share their personal stories in a series of interviews that reveal the profound depths of their life experiences.

Mara, a software engineer, reveals: “I feel my metamorphosis from the moth to the butterfly has been a rare gift, not just a second chance at life. It’s this knowledge that I have a limited time to live and experience what should have been experienced in a lifetime that makes me the explorer, the learner, the risk taker, and the romantic.”

This spirit of self-determination, self-reliance, and exceptional courage appears throughout the book, in the intimate and evocative photographs. Each image offers a moment of silent repose, to gaze upon the visage of one woman after another as they share a private moment with Vergara, one that often feels all guards have been let down and each subject simply is.

It is within this stillness that gender expands into itself, offering a deeper understanding of the meaning of what it is to be female. As trans visibility gains awareness and understanding, new voices come to the fore, offering a new array of perspectives that transform the way we relate to experiences outside our own, creating a more inclusive environment.

Female shares incredible stories, like that of Dawn, a full-time mom, who remembers, “I was five years old. I remember distinctly looking into the mirror trying to look inside my own eyes and my reflection. I was trying to see the girl I was, but I didn’t see her. I could see there was something different about me—I didn’t know what to call it—so I asked my mother what it was. And she said, ‘It means you’re special.’ I took that to heart.”

At the age of four, Dawn started modeling as a boy. By the age of 12-13, his mother would let him go for female castings. “It was her idea, yeah. The main reason is because I was a lot more successful as a girl than I was as a boy. And I had that androgynous, feminine look. And boys of that age—12, 13—they are going through puberty. They start looking more masculine, and I didn’t. I stayed feminine looking, and she wanted to capitalize on that, so that’s what we did. And we kept it our secret,” Dawn recalls.

“My mom gave me birth control pills at the time to make sure I maintained that feminine appearance, so I was taking them starting at 12 or 13 for about four years. She called them vitamins. I didn’t know what they were. So while the boys grew body hair and deeper voices, and [were] having acne and other things boys do, I developed breasts, and my skin remained soft. I went through more of like a female puberty than a male puberty until my father found out…. I was modeling a bra, he did not like that idea one bit. So, that stopped.”

Dawn went on to live as a heterosexual man, marry a woman, and have children. But now in her 40s, Dawn observes, “All these years later, the effects of those pills on my body years ago reemerged. So that’s when my body went from being a bearded, heavily hairy guy to suddenly being a bosomed woman. That concerned my wife a lot. It was to the point where she was watching her husband become a woman in front of her eyes. And she did not think it was a good thing.”

Hers is just one of the many fascinating stories on Vergara’s books, stories that have moved from the margins of society and become a vital part of the discourse, of our consideration of what it is to be female, and what equality truly means. 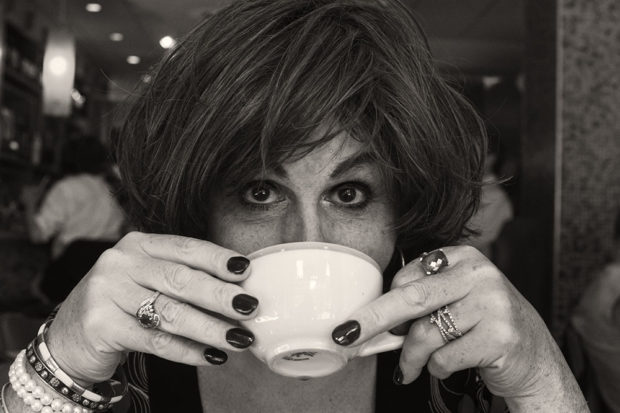 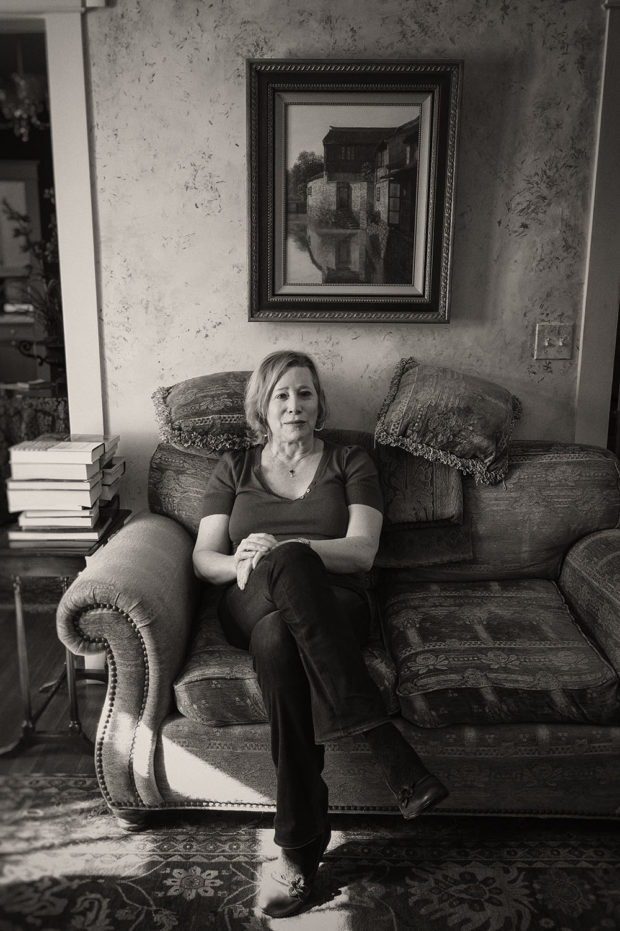 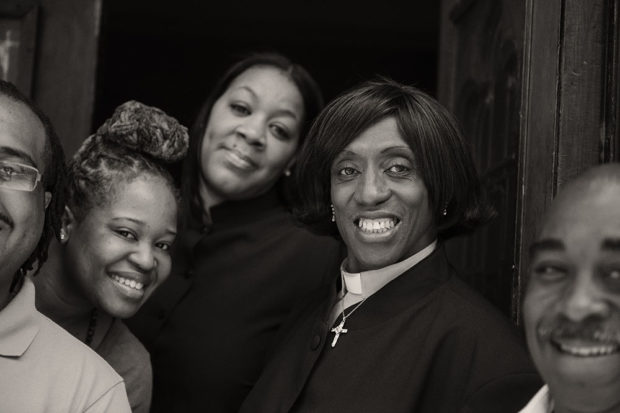 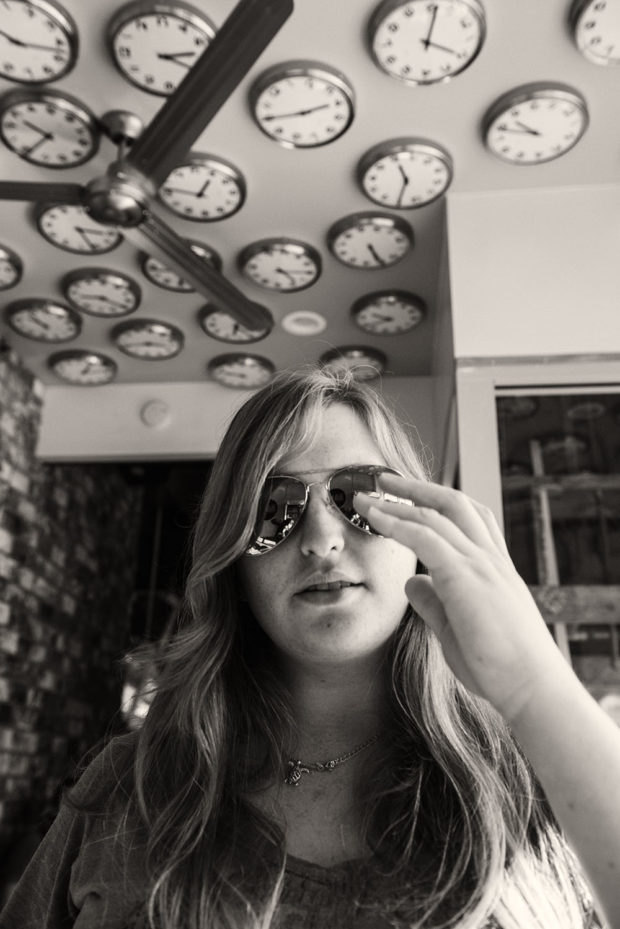 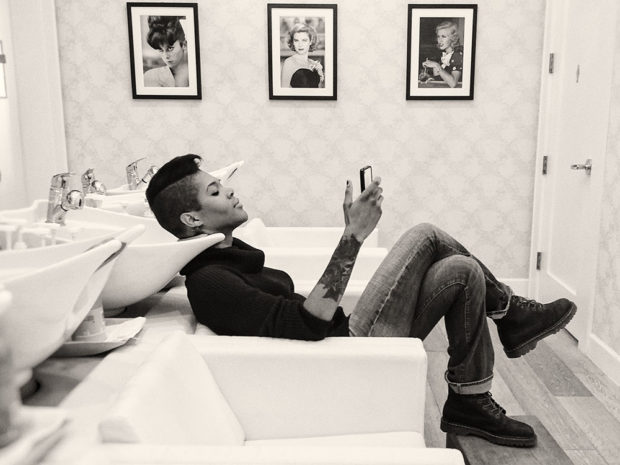