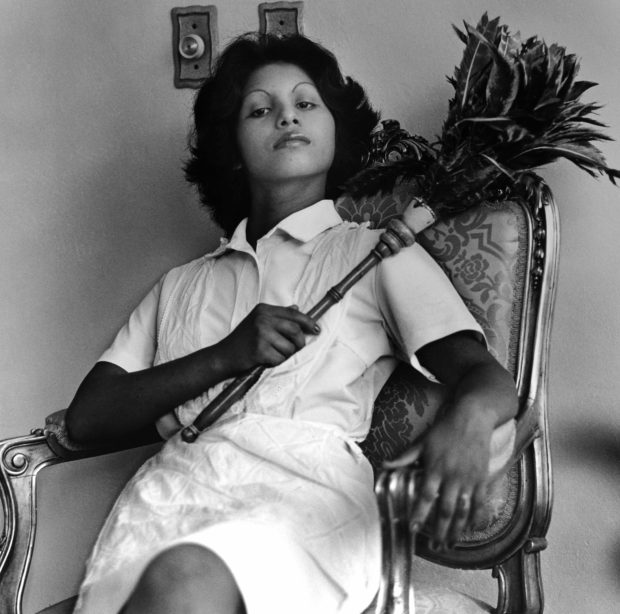 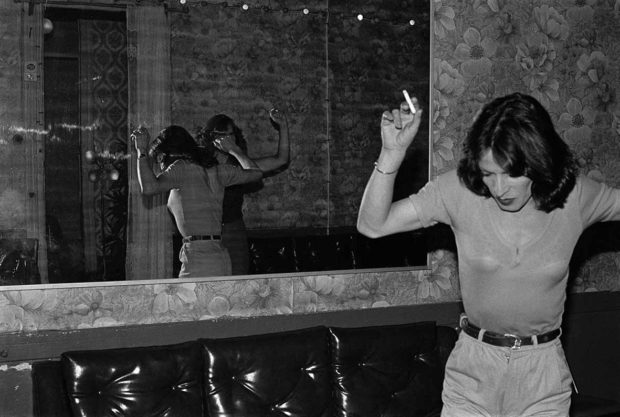 Radical Women: Latin American Art, 1960-1985, the phenomenal survey of Latin American artists, enters its final weekend at the Brooklyn Museum, where it will be on view through July 22, 2018. Accompanied by a catalogue of the same name published by DelMonico|Prestel, the exhibition is a stunning tour de force through a quarter century across the Western hemisphere showcasing an extraordinary group of women who experimented with photography, performance, video, and conceptual art to explore the issues of autonomy, oppression, violence, and the environment.

Photography plays a pivotal role in Radical Women, examining how it is both a work of art and a piece of evidence. Here archetypes and iconography are pushed to the edge as the artists featured here subvert expectations and stereotypes, offering fresh and empowering new perspectives for consideration.

Guest curator Andrea Giunta, who co-curated the exhibition with Cecilia Fajardo-Hill, shares insights into the ways artists used photography to raise awareness, expose, and explore the issues facing Latin American women during a tumultuous and transformative time in history – issues that are as pertinent then as they are today.

Could you speak about the significance of representation and visibility for both Latinx American artists and their subjects at this time in U.S. history?
“More than 80% of the artists included in the exhibition were not known beyond their local contexts. Although in many cases the works are linked by their themes and languages, it is interesting that the artists in most of the cases didn’t know each other. They were working on a common cultural horizon that linked them – the agenda of the second wave of feminism. We can see in the exhibition that the works analyzed and represented their own bodies from a different perspective than the vision that dominates in the history of art. The long history of art represented the female body from a patriarchal perspective, from male desire.

“It is an external eye. What we can see in the works of the exhibition is the presence of an internal eye, a female eye that provides an approach to subjects that were not represented before. There were simultaneous process, parallel processes of representation between artists that were not in touch. Thus, while María Luisa Bemberg, in Argentina, made feminist films that questioned the social representations of women, Isabel Castro made photographs of women departing from her knowledge of non-consensual sterilizations of Mexican American women in the East LA. in the mid-1970s.

“Violence towards women’s bodies, stereotypes, and their reification are still current processes in many countries of Latin America, where abortion has not yet been legalized or where femicides are increasing. They are current issues also in the United States where there is a threat of regressive legislation regarding the rights of women to decide on their own bodies.

“These artists produced an iconographic turn, approached the female body from angles that had not been considered. In this sense, they provide new knowledge and knowledge is a fundamental articulation of the processes of emancipation: power relations can only be transformed when their articulations are understood. At the same time, these works trace a relationship with the present. In several ways they function as toolboxes in relation to the social, emotional and aesthetic construction of the affects.”

“On the other hand, they articulate relations of sorority between women of different generations: these works allow young generations to feel that they are not alone, that other women fought before, and that these women provide them valuable knowledge.” 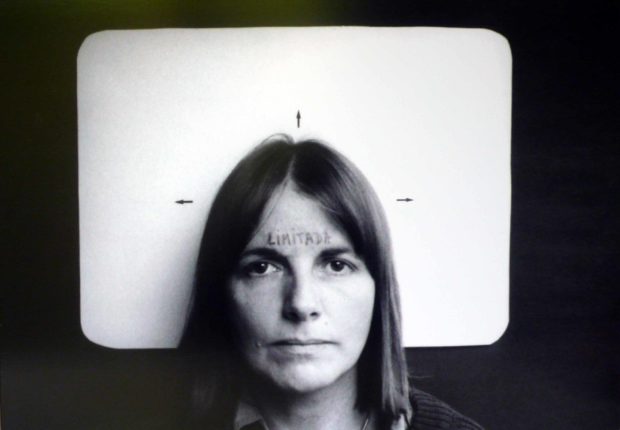 Radical Women is such a wonderful survey of artists from all walks of life. Could you describe some of the key motifs and themes that unite this diverse group of women in their art?
“These artists worked on a cultural horizon that, even when approached in different contexts, had many points of contact. For this reason, we were able to propose to the public an approach to the works based on themes that these artists addressed in their works. The self-portrait is fundamental. It implies a gesture of affirmation. As when the Peruvian artist Victoria Santa Cruz assumes her black identity and while beating her palms she shouts, ‘Yes, I am black, so what?’

“This phrase and the performance as a whole are gestures of affirmation and pride – or when the Mexican photographer Lourdes Grobet is photographed crossing a frame with her body. They also addressed the relationship between the body and the landscape, for example, the photographs of Vera Chaves Barcellos’ skin in her Epidermic Scapes. The section ‘social places’ addresses the empathy with different social subjects, as in the series of photographs of the Chilean Paz Errázuriz made in the transvestite brothels of Santiago de Chile.

“The topic Resistance and fear addresses the power of the dictatorial state over bodies (Graciela Carnevale’s photographs conceptually analyze the issue of power over the bodies). The subject of the power of words is also related to dictatorships: a series of photographs records the performance of the Chilean Janet Toro to whom the police ask to leave the public space while she holds a sign with the question, ‘Why are you sad?’ during the Pinochet dictatorship.

“The group Polvo de Gallina Negra in Mexico or Josely Carvalho in New York (as editor of a number of Heresies about Latin artists and writers), represent the relationship between art and feminism. In relation to a new knowledge of the body the subject Mapping the Body includes the series of photographs that Ana Mendieta makes with a glass that alters the normality of her body. In the same section, the Mental Maps by Ana María Maiolino are included.

“Eroticism is also a key section of the exhibition: it includes the beds made by the Colombian Feliza the mattresses of the Argentine Marta Minujin and the photographs of the Brazilian Marcia X. We could have proposed many other topics, but the ones we designed for the exposition allow experiencing the emergence and representation of a new body.” 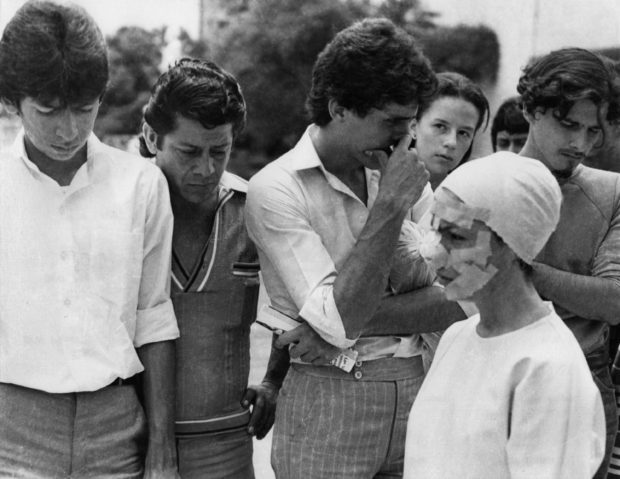 Could you speak about the significance of photography as a medium for artists to explore?
“Photography is a medium and a language that has a very important presence in the exhibition. On the one hand it works as the archive of different performances (for example, the Uruguayan Nelbia Romero when she enacted with other women the massacre of indigenous charrúas in 1830), but at the same time it implies a problematization of the photographic medium itself. For example, when Lourdes Grobet presented the photographs of her performance crossing the frame with her body, she did not fix them: for this reason the photographs were erased, her portrait disappeared before the eyes of the spectators in the exhibition space (that’s why the title is Hour and a half, the time the image was visible for the audience). Then she establishes a relationship between what defines the photographic language and the question about her own identity.

“Photography allows also to create an indexical, analogical approach to subjectivities and at the same time a performative relationship, from which they proposed their portrait not as a fixed image, but in the process of transformation. Consider, for example, the series of self-portraits that Sylvia Salazar Simpson made with insects, mollusks and vegetables on her face and hair, or also the series of self-portraits in which the Brazilian Regina Vater investigates the social meanings of different gestures of her face.” 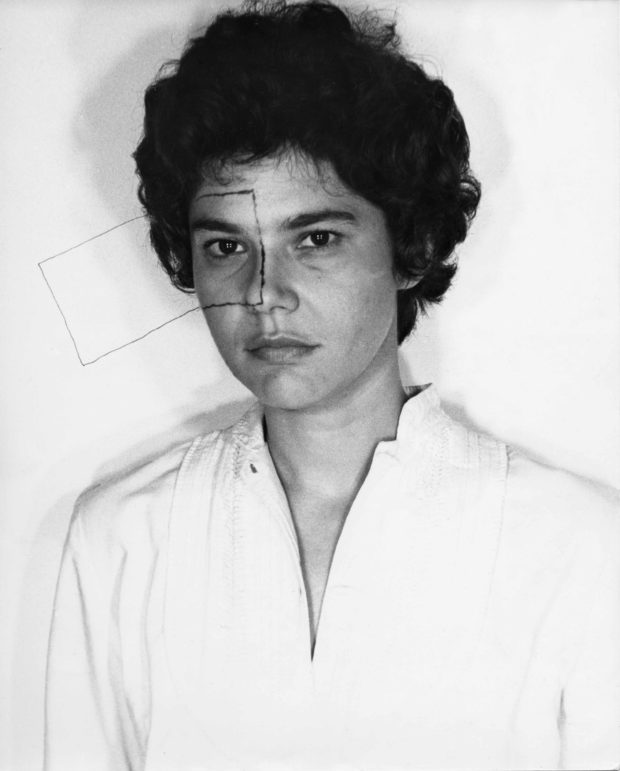 Could you speak about the ways in which artists like Sandra Eleta and Lourdes Grobet subvert stereotypes, while simultaneously racial and cultural biases in their work?
“Sandra Eleta transformed the approach to the female subject that predominated in the photography of Panama. In her photographic series La servitude she proposed a critical vision of Panamanian society. She poses an analytical approach to the relationship between the subjects she photographs and the environment, focusing mainly on gestures, objects and relationships between her characters, social roles, race and social class. Women makeup and posing with cleaning objects pose a contradiction between their social roles and submission.

“Lourdes Grobet, on the other hand, when she portrays her “luchadoras” (fighters), establishes a contradiction between what these masked women evoke (the body in struggle) and the tenderness of the maternal role feeding their children. In both, photography is a medium that allows them to subvert the literal associations between the subjects photographed and their place in the social imaginary: photography subverts the naturalness of the roles rather than confirming them. It is a critical instrument that creates and proposes diverse affective relationships.” 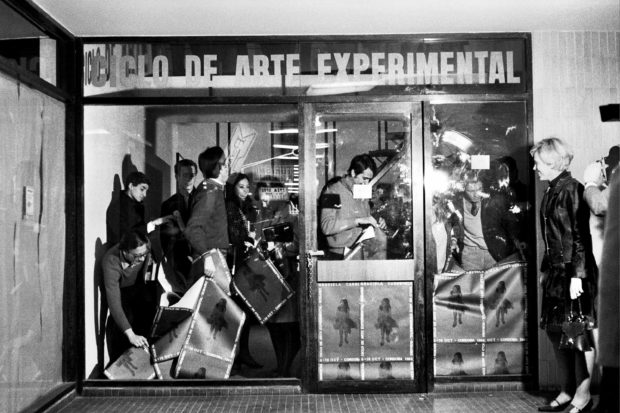 “In the case of Graciela Carnevale, photography is the record of a social performance. She subjected a group of people to a temporary elimination of their freedom, and she did it without their consent, as with dictatorships that eliminate the rights of people without their consent. In her performance, the way in which repressive forces act on bodies is replicated. The photographs are not the work, they are a record of it.

“While both series are archives, they are unfolded in different ways. In the sequence of Mendieta we can perceive an ordered and eloquent register regarding the steps of the performance. The Carnevale series is more accidental, it is done as an urgent register and with not control about what was happening. It is a series that involves the urgency, the arbitrariness, the anxiety to document an action in which chance intervened: it was not possible to calculate the reaction of the people locked up, different things could have happened.” 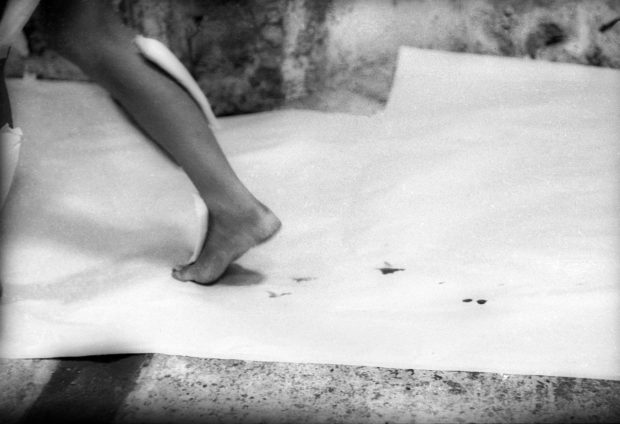 What has been the most rewarding aspect of organizing this exhibition?
“The most gratifying was the reaction of the public. The tours I did allowed me to feel their interest and their need to understand the poetics that the exhibition involved.

“Many people saw the exhibition twice, they felt responsible as spectators: they were watching videos for hours, reading the texts of the extended labels, the chronologies about the women rights of each country. The second rewarding aspect is that the exhibition inaugurated in the moment of emergence a new feminism, transgenerational, transdisciplinary, that felt that what the works addressed was also part of the present, not a history of the past.” 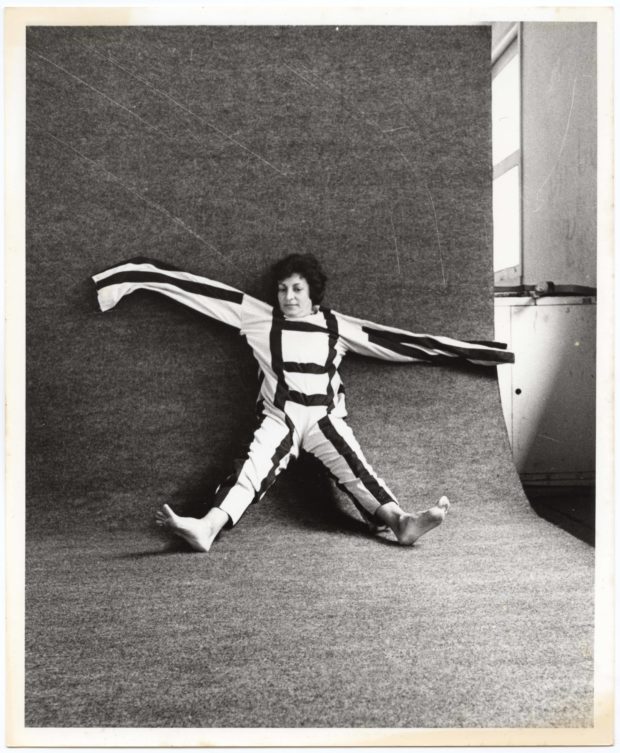