A Moment of Contemplation & Serenity During Arles 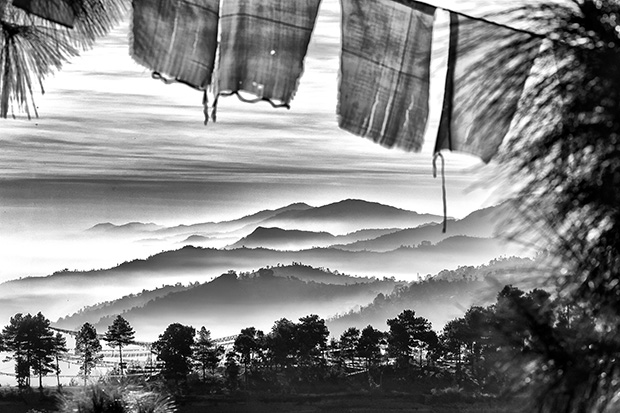 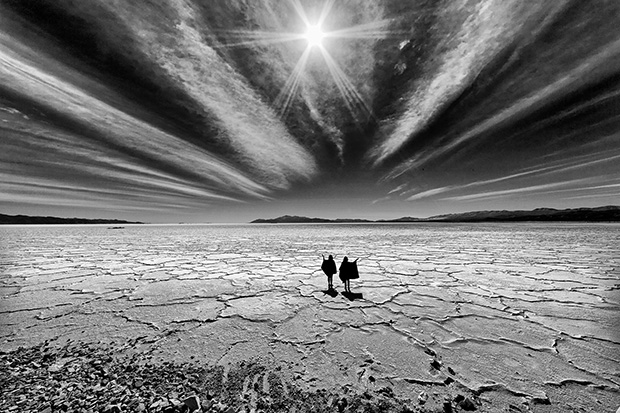 On the banks of the Rhône River, the rapidly developing district of Trinquetaille, Colombian architects Simón Vélez and Stefana Simic have designed a monumental pavilion that overlooks the Old City of Arles. Made of bamboo, the thousand-square meter structure is home to Contemplation, an installation featuring the black and white photographs of Mattiheu Ricard, a Buddhist monk, scientist, and author who has been living alongside Tibetan masters in the heart of the Himalayas for over forty years.

Contemplation features 40 photos made between 1983 and 2017, made in Nepal, India, Argentina Chile, Bhutan, and Tibet bear witness to Ricard’s devotion to spiritual practice in all its forms. The photographs are printed on traditional Japanese Awagami paper, whose production dates back some 1,400 years. The 2m x 1.5m prints are accompanied by music designed to evoke a sense of serenity, a place for restoration and rest, during the middle of Les Rencontres de la Photographie in Arles, July 3 – September 23, 2018.

Ricard’s vistas fuse the ethereal and the eternal into a timeless scene of life on planet Earth in its most unassuming glory. Each image is a study in simplicity and solitude, a lessening of extraneous effects until all that remains is the pure essence of the moment. It is the visual equivalent of the Buddhist mindset that aspires to achieve the highest energetic vibration through inner peace found through contemplation.

A hymn to altruism and respect for others, Contemplation reminds that which matters most is often in short supply. The exhibition encourages reflection on benevolence and the responsibility for life, not just our own but that of the planet and its inhabitants. At a time when darkness falls, the exhibition provides a big picture perspective on what it could mean, and invites us to recharge by aligning ourselves with our deepest sense of humanity.

Perhaps this is because we can recognize the resolution of paradox in these photographs, of the space where the spirit dwells within each work – frozen in time forevermore, a fixed vision of something that no longer exists. We step in and out, moving between the spiritual and material worlds, finding the balance that exists in between them. It is as Henri Cartier-Bresson observed, “Matthieu’s camera and his spiritual life make one, and from this spring these images, fleeting an eternal.” 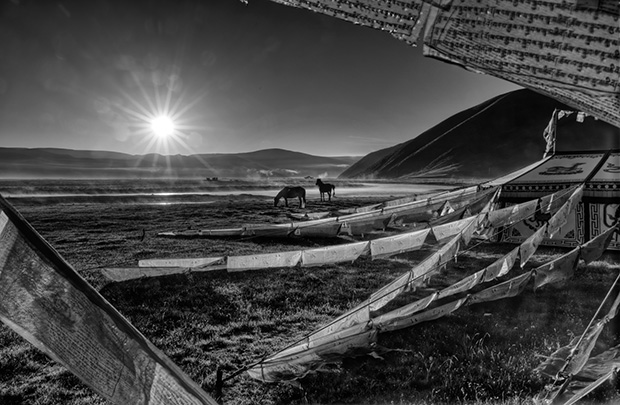 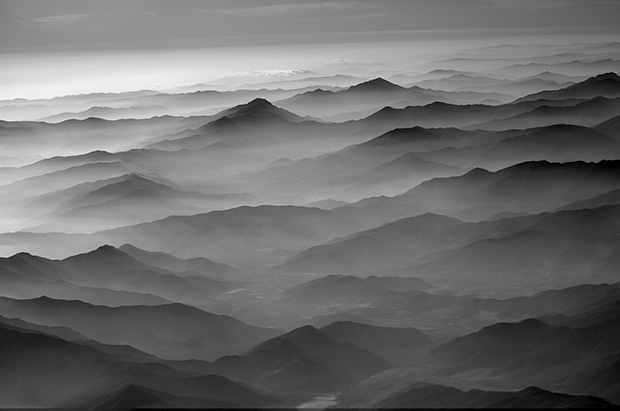 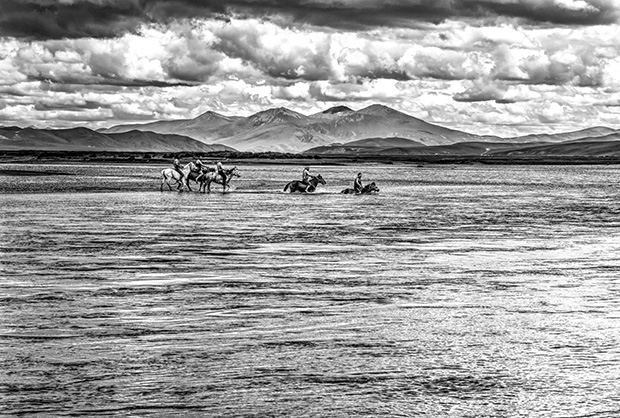 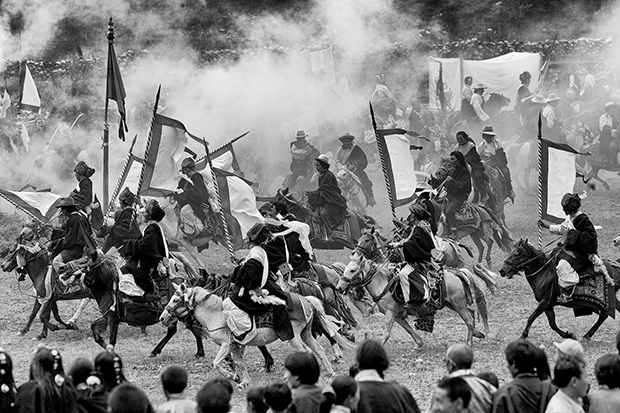 During a visit to Eastern Tibet by Dzongsar Jamyang Khyentse Rinpoche,
a spiritual master who usually lives in India, the whole population of Dzongsar valley
offers him a grand reception. Riders, wearing festive costume – baggy trousers in
white silk, brown woolen coats and scarlet turbans, brandish standards and banners
that float in the wind as they gallop, dispersing the clouds of scented white smoke rising
from the many fires of juniper branches that the crowd has lit. August 2004 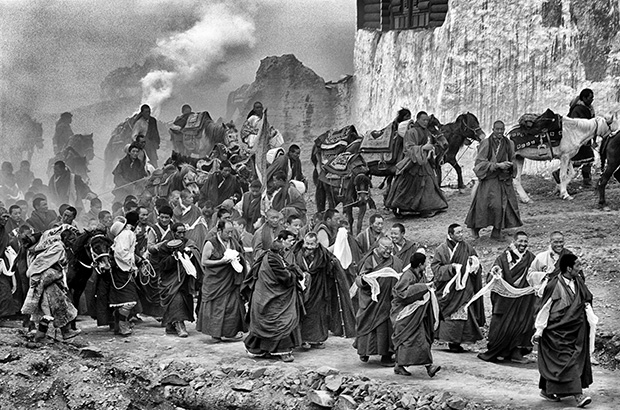 Monks of Shechen Monastery in eastern Tibet hurry to welcome Rabjam Rinpoche,
the grandson of Dilgo Khyentse Rinpoche, as he arrives on a rare visit. They carry
traditional white scarves to welcome their abbot, who has arrived from Nepal. 1995 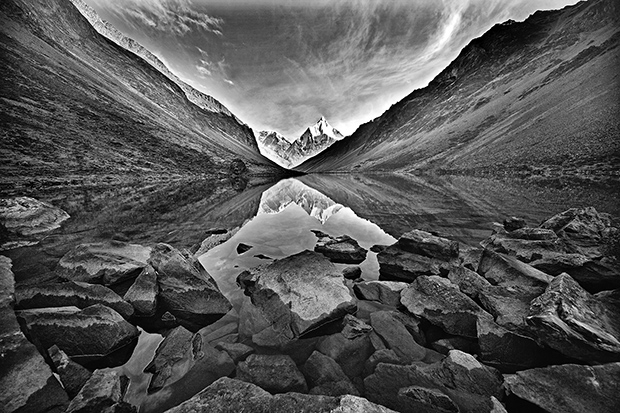 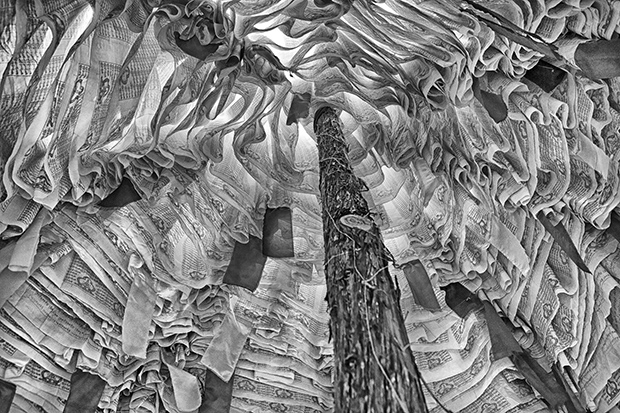 A pyramid of Tibetan prayer flags. The hills in eastern Tibet, as elsewhere
in the Himalayas, are dotted with clusters of flags that have prayers and sacred
images printed on them. It is believed that the breezes that flutter them will carry the
beneficial power of these altruistic prayers to all beings. 2007