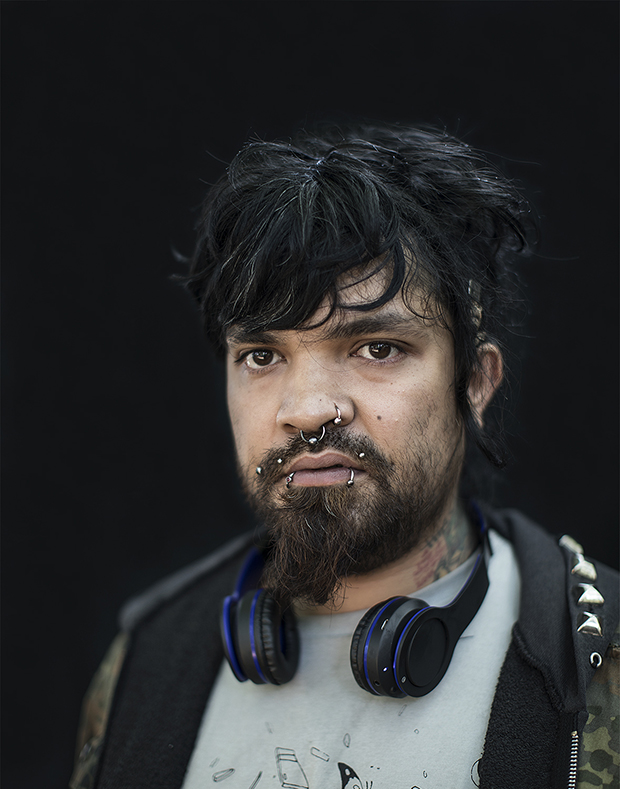 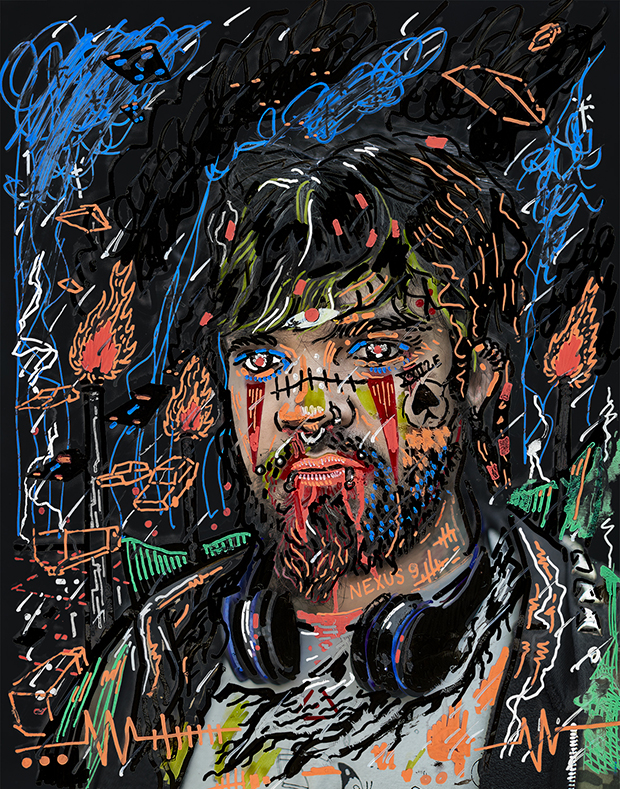 “While physical health is both easily identifiable and spoken of, mental health still remains in the background like a mute elephant in the room,” the London photographer Doma Dovgialo tells me. Behind the I – a portrait of the mind turns the human psyche inside-out, bringing elements of our interior, hidden universes to the fore. For the book and multimedia project, Dovgialo collaborated with people facing a variety of mental health-related obstacles. After photographing each participant, she invited them to draw over their portraits using an acetate sheet. When the sheet is laid over the original photograph, the final artwork presents a version every individual colored by their thoughts and emotions.

“I met most of the subjects, or rather co-creators, in a mental health charity,” Dovgialo explains. Together, they organized three workshops. In the first, it was important to the artist to have an art therapist facilitate the process of creating an initial self-portrait. In the second, she asked participants to document their lives and feelings through photography. It was not until the third session that the workshop attendees created the acetate overlays for the images. The fact that Dovgialo returned multiple times over a few weeks helped establish a sense of mutual trust. “The final drawing process took around one to two hours in a classroom with my presence,” the photographer remembers. “There were no guidelines or rules on how they should approach this.”

Every individual’s story is different. Dovgialo’s book includes a fellow photographer, a curator, a football coach, a former bus driver, and more. Collaborators have navigated depression, bipolar disorder, schizophrenia, addiction, psychosis, and panic attacks, or other challenges. “I wanted the viewers to look at the subject’s drawings before their ‘diagnosis’ is revealed and try to figure out who they are as people,” the photographer stresses.

According to the World Health Organization, mental or neurological disorders affect one in four people at some point in their lives, and still, many cultures encourage silence. In fact, a couple of the Behind the I participants mentioned the fact that they had not told certain close friends about their struggles. Due to misinformation and discrimination, speaking publicly about mental health issues could have social and professional consequences. As a result, countless individuals do not receive the support they need to flourish. One of the artist’s hopes is to unravel the stigma surrounding mental illness.

Dovgialo also wanted to shift the power dynamics usually implied in portrait photography. By giving them her photographs and the tools they needed to reinvent them, she offered them agency over their images. The book itself also includes interviews between the photographer and her collaborators. They discuss their struggles, but they don’t define themselves based on the state of their mental health. Included in their interviews are major events as well as details from everyday life. A woman named Anna-Marie keeps a tangerine in her bag, and she eats it whenever “it gets too much.” Tellingly, the color tangerine appears in her self-portrait. A man named Augusto told her, “My biggest dream is to dream again.” In the place of an interview, Matt wrote a poem. Ita provided a passage from the lyrics of the song Falling Awake by Gary Jules.

“Most of the participants found the drawing process therapeutic and claimed that it made them think about who they were in that moment in time,” the artist adds. Stephen, another participant, said, “If expressing myself is a big cold swimming pool, then I think art is the first step of just putting my toe in.” In his self-portrait, he has bright blue hair that resembles pool water. Of all the memories Dovgialo carries with her from her time working on Behind the I, an exhibition with her co-creators is her favorite. “Seeing them speak about their work and why they chose to draw what they did to the viewers was a defining moment for me,” she tells me. “They truly played a huge part in how they were represented.” 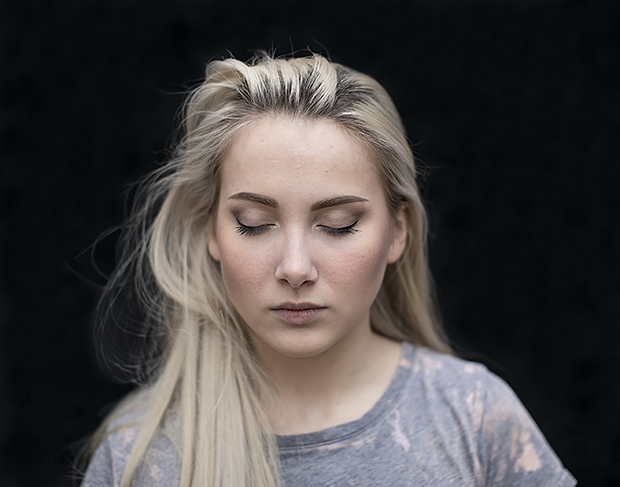 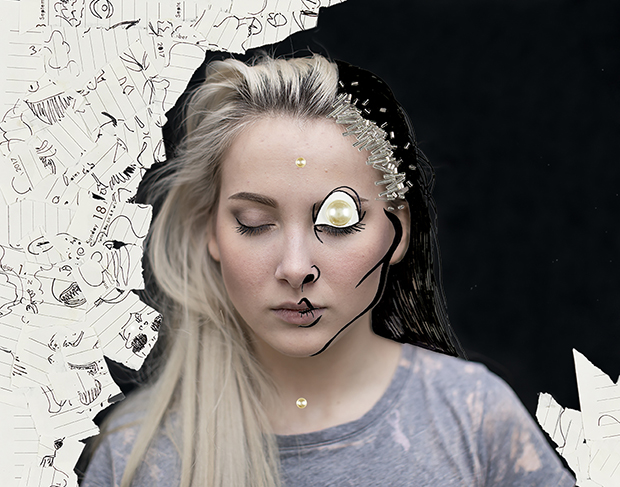 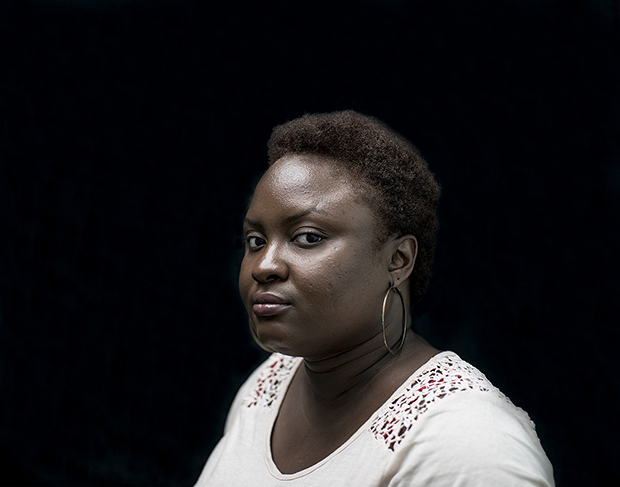 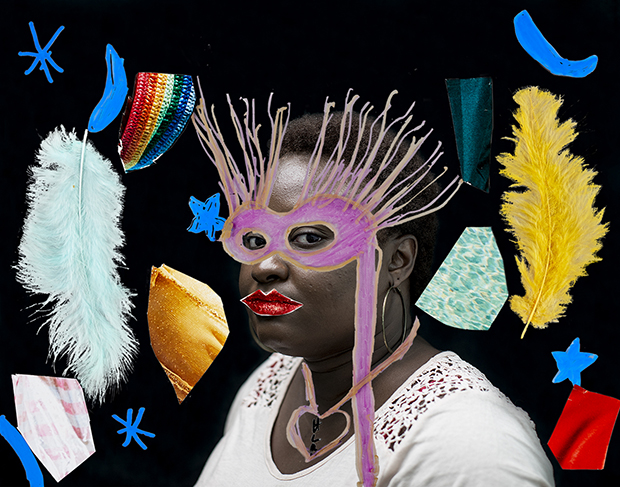 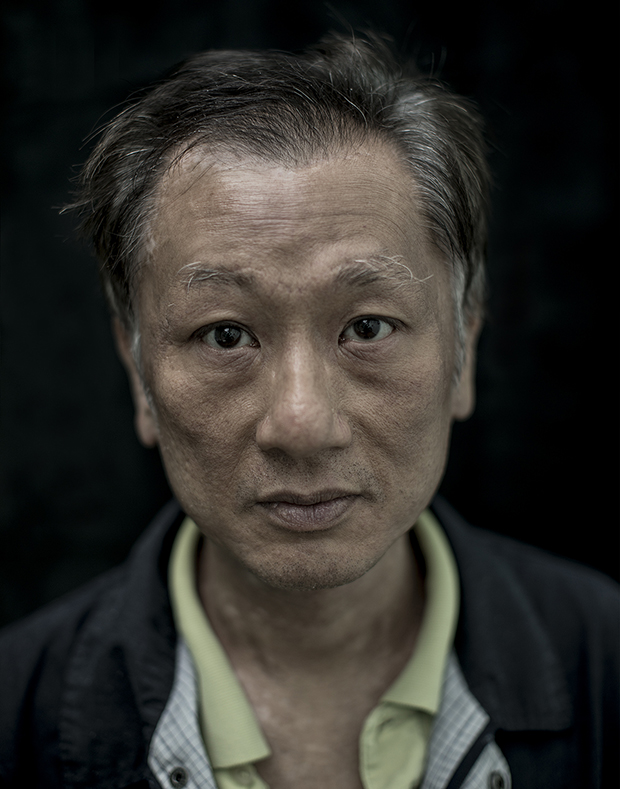 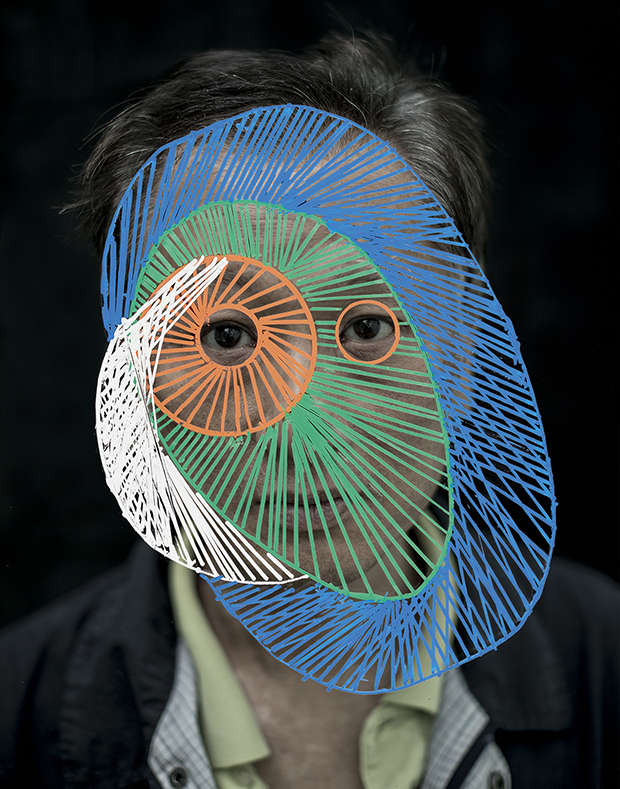 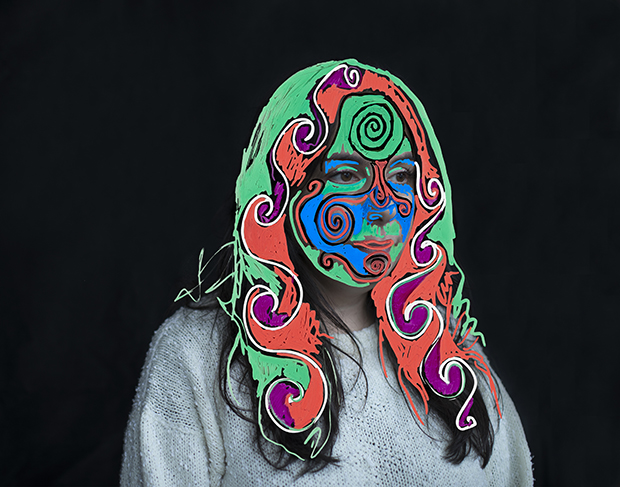 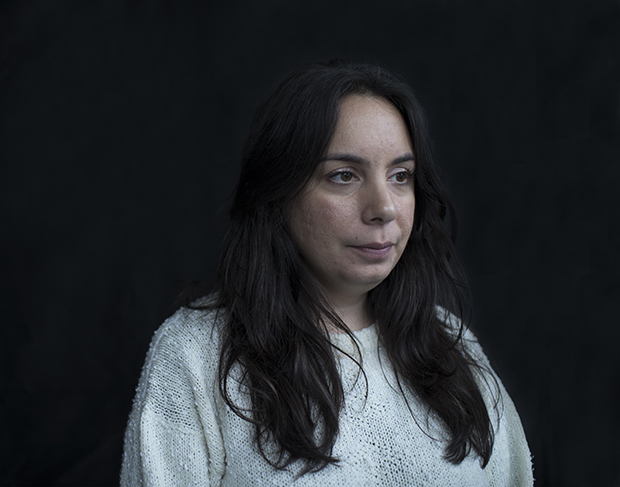 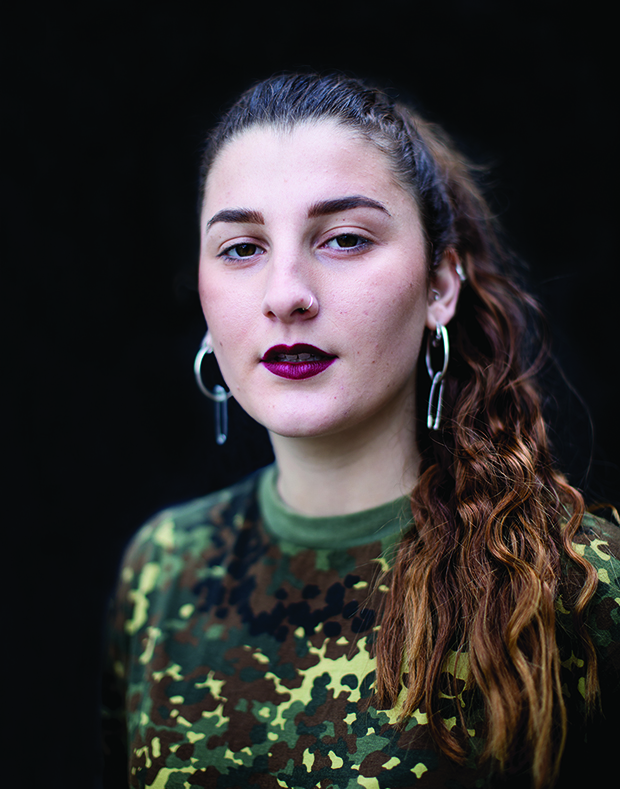 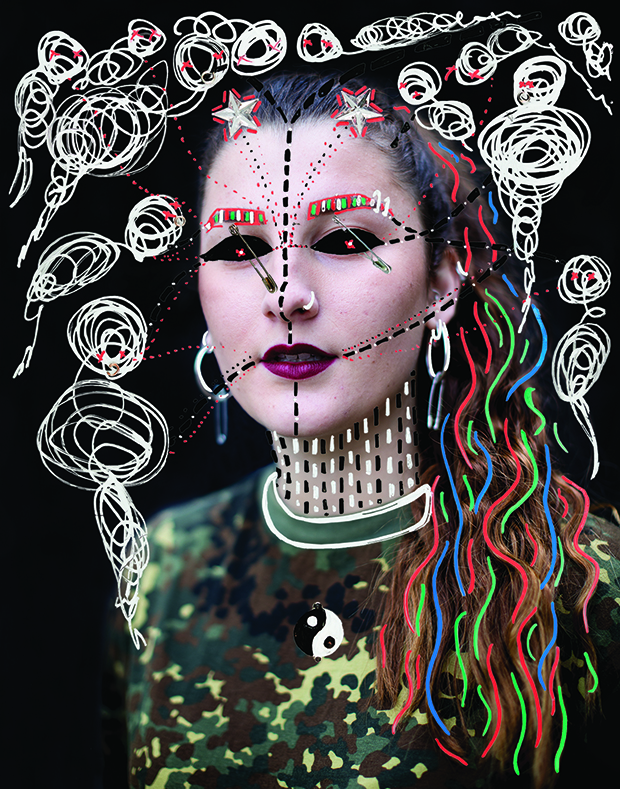