A Spiritual Journey Exploring the Magnificence of Trees 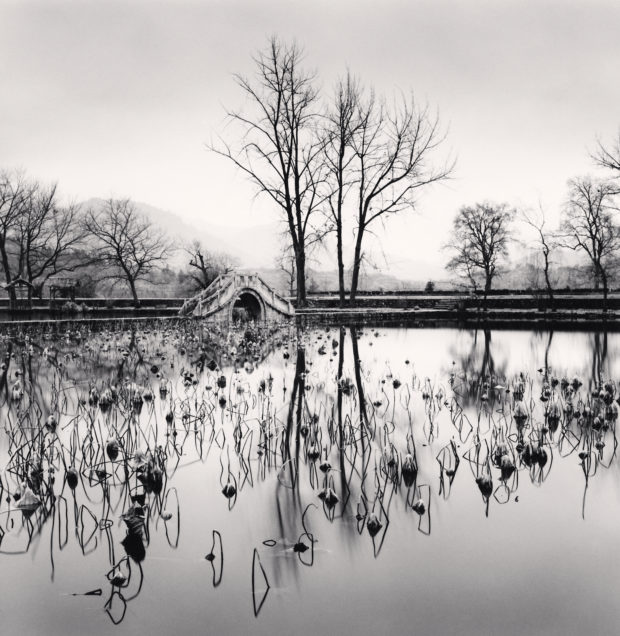 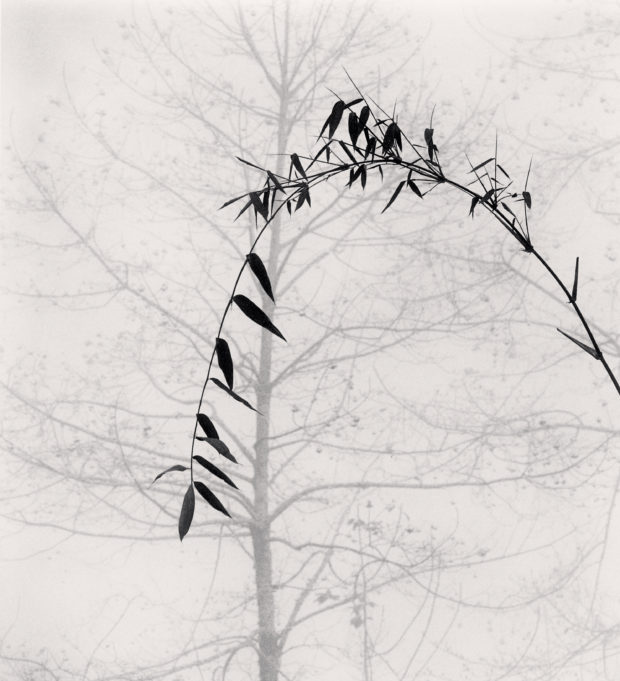 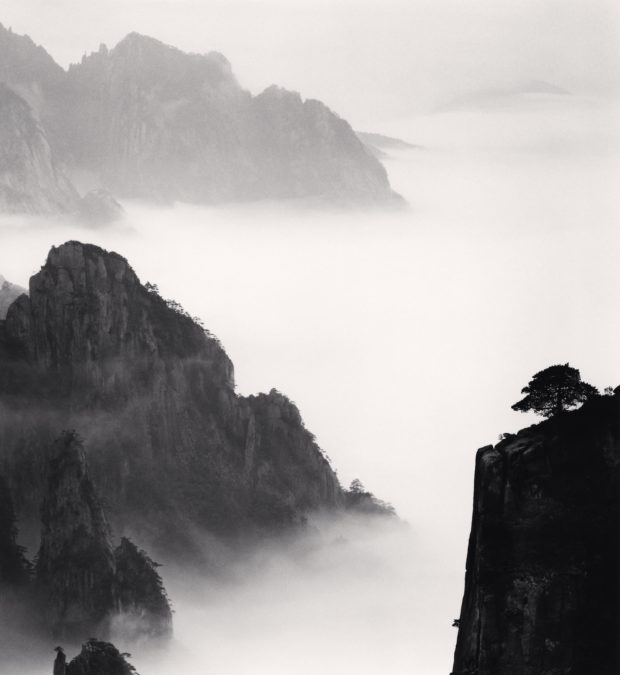 As a young boy growing up in the town of Widnes in northwest England, photographer Michael Kenna discovered a tree at the edge of a field in Victoria Park and made it his own. He and his brothers staked out their respective arboreal homes, hidden from the world, they could escape into the limitless expanses of their imaginations. Those trees became sanctuaries from all that civilization demanded of them, allowing them a space to commune with nature, free and unfettered.

Over the past 35 years, Kenna has dedicated himself to photographing trees all around the globe. Using a Hasselblad to create exquisite black and white silver gelatin prints, Kenna’s portraits of trees are like Zen koans: tranquil and enchanting, minimal and moody, and powerfully evocative of life’s deepest mysteries.

A selection of these works is on view in ‘Philosopher’s Tree’ by Michael Kenna at Blue Lotus Gallery, Hong Kong, from June 15 through July 1, 2018. The works take us around the world, into different realms where trees have their own unique relationship with the landscape and the environment. Whether in China or Italy, Norway or Brazil, Kenna’s relationship to the trees is an unwavering act of devotion.

Here we see some of the grandest flora in its full glory, speaking silent wisdom, knowledge, and understanding of the secrets of life and the interplay between all living creatures on earth. Kenna shares his observations about life among the trees. 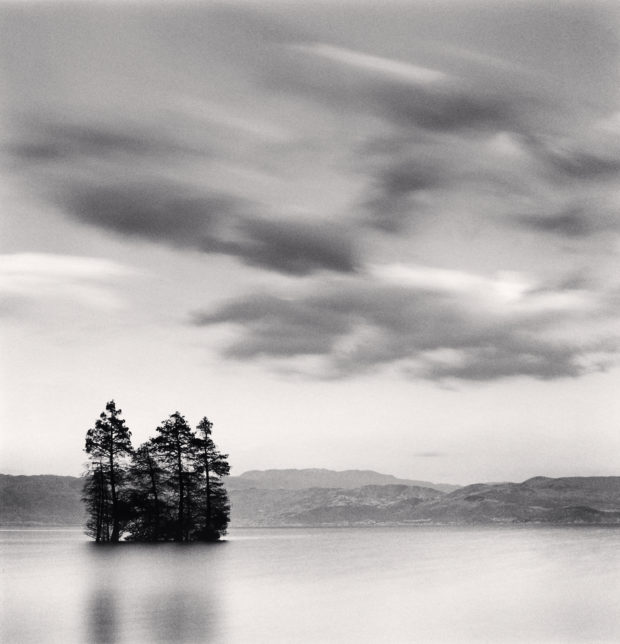 Could you speak about your early experiences among the trees as a child and how this informed your relationship with these majestic beings?
“As a young boy growing up, I had my own favorite tree. Well, it wasn’t really mine, but I adopted it. More accurately, I suppose, it adopted me. My four brothers also had their own preferred trees, all conveniently located close to the playground. We would often sit high amongst the branches, shouting across to each other, safe from the prowling wild animals on the ground, the evil space ships attacking us from the sky, or the pirate ships waiting to drag us off. The trees were our safe zones, where we were hidden from the world.

“Occasionally, I would visit my tree alone and spend hours amongst the leaves in flights of fanciful imagination. The tree would then be the center of my universe, as well as my best friend. Recently, while visiting my sister in Widnes, I was delighted to once again renew my acquaintance with these trees. They seemed a bit smaller than in my memory, but otherwise quite unchanged.

“Today I have many more tree friends scattered across the world, which I like to visit whenever possible. I don’t climb as much as I used to, but I still like to use my imagination. I have been labeled a ‘landscape photographer’ and am often asked why I don’t make portraits. Of course I do, but of trees.

“When asked why, I usually answer half-jokingly that trees don’t need to primp themselves, they never answer back, and always seem happy with the portraits that I make. They are also fiercely independent, graphically beautiful and seem quite happy to wait around in the cold for many hours while I make long time exposures. How could anybody not love photographing a tree?” 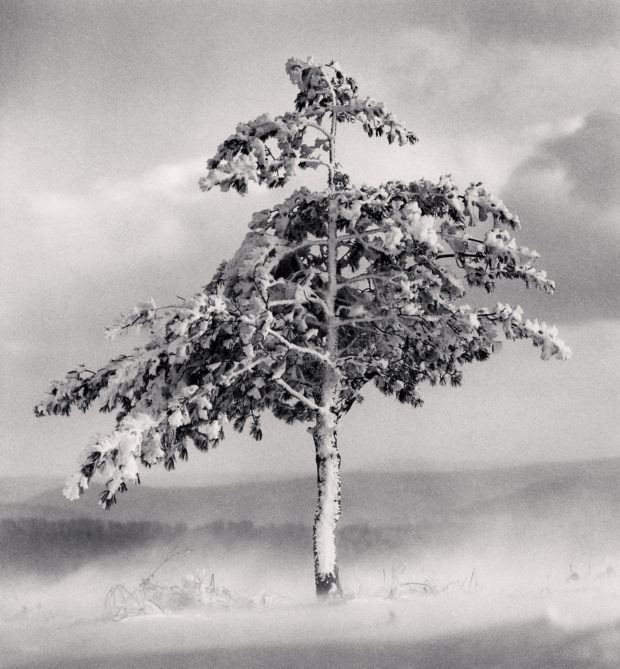 Could you speak about what you have discovered about the character and nature of trees having spent so much time in their presence and observing their ways of life?
“I once had a dream that I was a giant chestnut tree. It seemed that as I grew, centuries came and went. I looked down from where I stood and observed generations of people, individuals and families, going about their lives. Our ongoing human stories – often viewed through the subjective prisms of drama, comedy or tragedy – seemed to take on a whole different light when viewed from this new perspective. I think that when I woke-up, I was a changed person and my respect for these sentinels of experience was dramatically increased.

“Towers of dignity, trees silently offer their wisdom to those willing to listen. Research shows that within minutes of being surrounded by trees and green space, our blood pressure drops, our heart rate slows and our stress levels come down. Trees are the longest living organisms on earth and one of the planet’s most valuable natural resources. They purify the air we breath, improve the water quality, prevent erosion of soil, provide food and shade, reduce noise pollution, and help slow the rate of global warming. They are also exquisitely beautiful.”

What was the inspiration for this body of work: where did the idea take root and how did it begin to develop into a series of photographs?
“For almost 45 years, I have had the distinct honor and privilege to photograph trees in a variety of different countries. I have never consciously made a decision to create a specific body of work on trees. They are just a natural part of my photographic journey. It seems as though I have always photographed trees and will continue to do so. I am very grateful to now be able to offer their portraits as a small token of immense appreciation for their presence in our world. We are all indebted to the trees, they give us so much and ask for so little in return.” 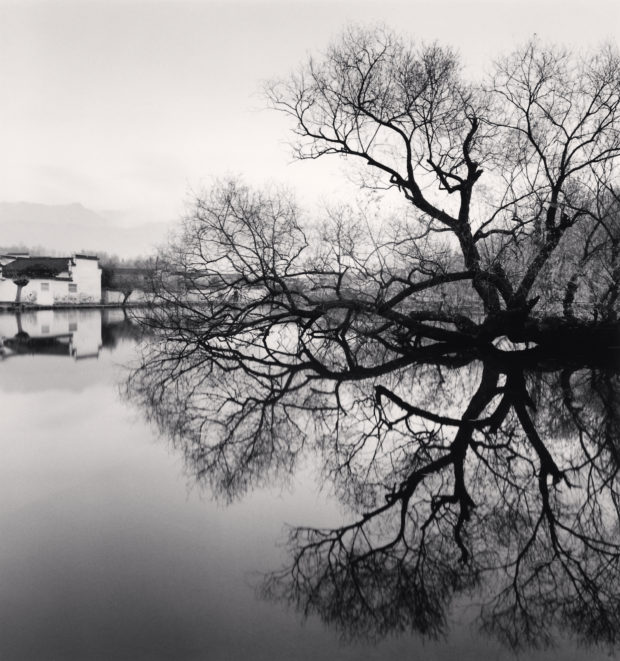 By traversing the globe, did you distinguish any remarkable similarities or differences between the trees in various places?
“I am not a scientist, but according to a comprehensive study of the world’s plants by the Botanical Gardens Conservation International (BGCI), there are currently 60,065 species of trees in the world. There are obvious and not so obvious differences, between trees, but I like to think that similarities greatly outweigh differences.

“I suppose it’s a bit like the human population. We appear in all sorts of shapes, sizes and colors. We may speak different languages, and have different cultural and/or religious traditions and habits. Ultimately, we are all part of one human being family.”

Can you speak about the interplay between long exposure photography and the subject at hand: how does this format allow you to discover deeper aspects of the nature of trees?

“My feeling is that if we spend time with a subject matter, and make a considered photograph, rather than just glancing and making a quick snap, we will generally discover more. It is analogous to meeting someone. A quick exchange and we don’t really know the true character of that person. The more time we spend, the more understanding we have. Sometimes it takes a lifetime and we still don’t fully understand somebody.

“It often feels to me that our world continues to spin faster and faster. We have so much to do in a day, so many devices to look at, and people to be in touch with on social media. Information is available everywhere, images are constantly being produced and dispersed. Our world is fast paced and multi-facetted; it can exhaust our many senses if we are not consciously aware.

“It is sometimes necessary to slow ourselves down and get out of the mainstream turbulence. There are many ways of doing this: we could meditate, practice yoga or take a long walk, for example. I would suggest that spending some time with trees is always helpful. For my part I make long photographic exposures, most are a matter of minutes but some last up to twelve hours. What a luxury it is not to have to do anything during these periods of time.” 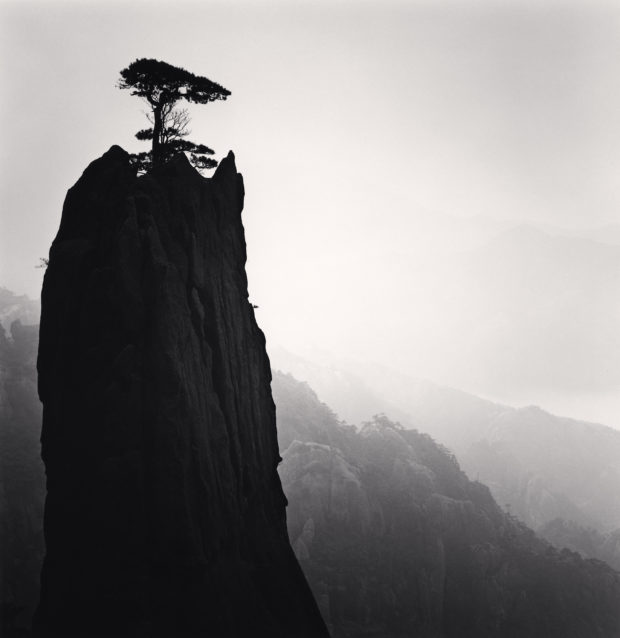 Lastly, could you speak about the meaning of the title Philosopher’s Tree and how you came to it?
“The Philosopher’s Tree actually existed. I photographed it on a number of occasions in Northern Japan. It was a large Poplar tree that sat in the middle of a farmer’s field near Biei, Hokkaido. Standing about 30 meters tall and with a diameter of almost two meters, its name referred to the resemblance it had to a philosopher lost in thought, with its head tilting to one side. It was a striking and glorious tree.

“Unfortunately, it was cut down in February 2016. The farmer cited the age of the tree (Poplars grow quickly, but have a short life span), and the many trespassing tourists and photographers who would tramp through the crops during the growing seasons to see the tree, despite the many signs asking them not to. It was a sad end for this glorious tree.

“I was extremely fortunate to have met and photographed The Philosopher’s Tree before it was no longer there. Even now, in it’s absence this particular tree remains influential in my life. It reminds me to continually acknowledge that every tree, every thing, every body has a life span, which we should celebrate.”

“Desmond Tutu once wrote: ‘We are fragile creatures, and it is from this weakness, not despite it, that we discover the possibility of true joy.’ Trees are our teachers and we can all gain some wisdom from them. We just have to learn how to slow down, be in the moment, wait a little, and listen.” 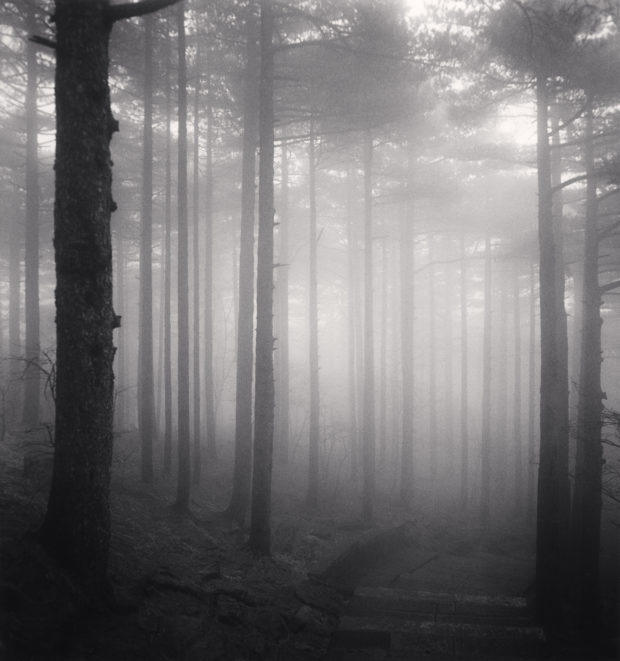 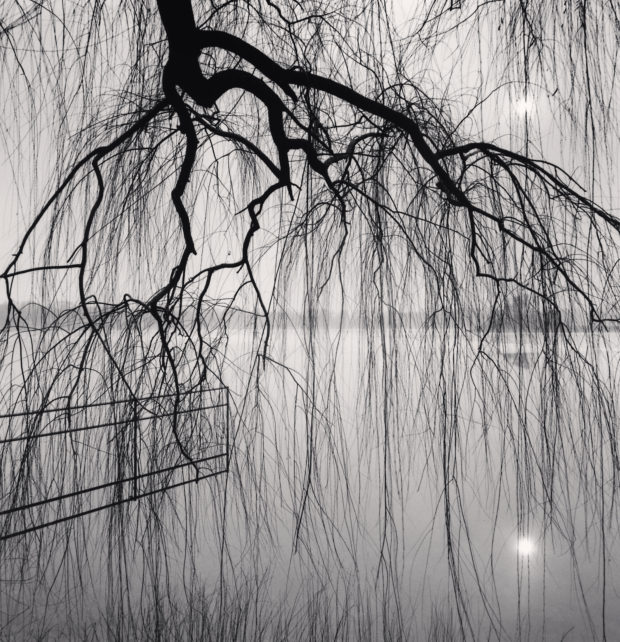 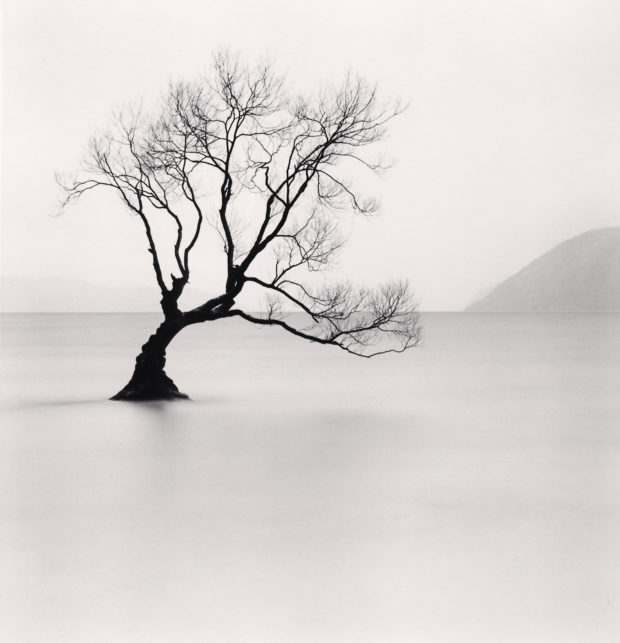