Then They Came For Me: Incarceration of Japanese Americans During World War II 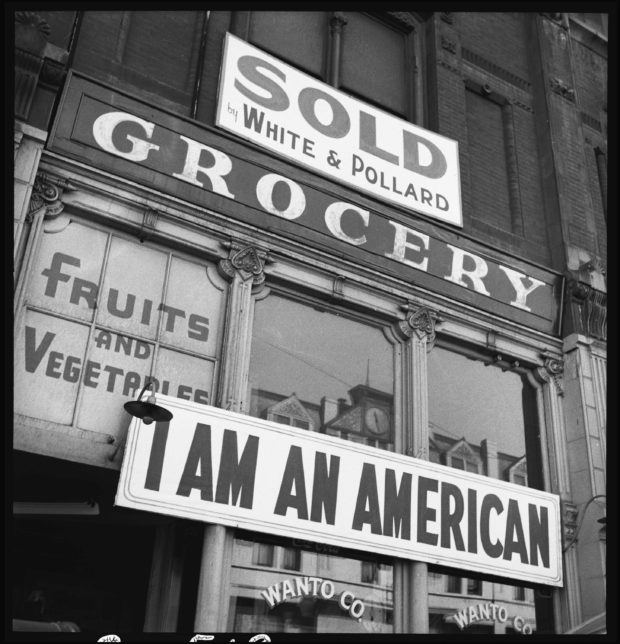 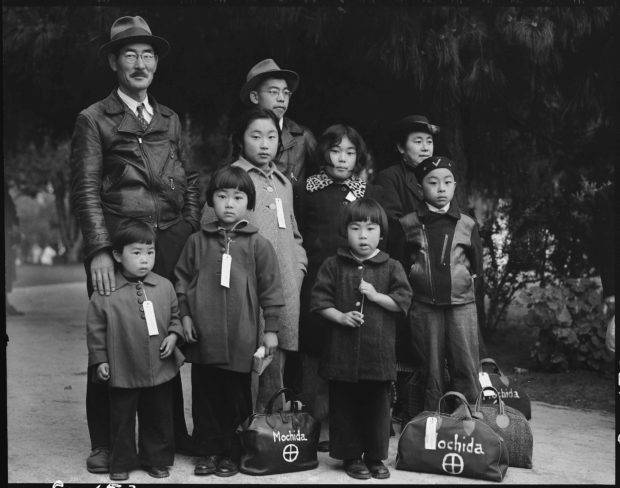 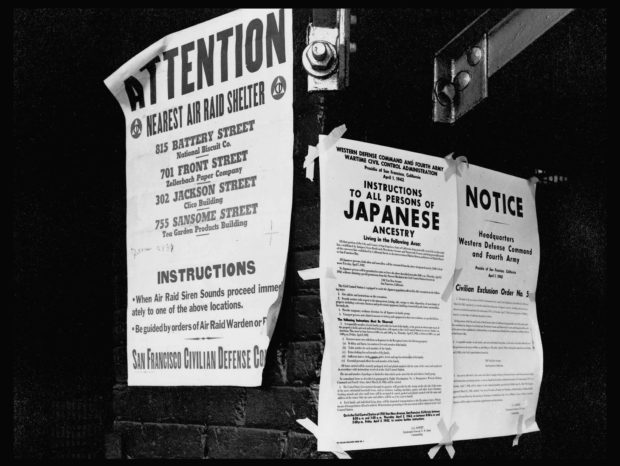 It has been said that history repeats itself – and if this is true it is because the majority of people are pragmatists. For them, life occurs through a lens of cognitive dissonance framed by confirmation bias. They seek reinforcement of opinion in place of truth, relying on other people to tell them what and how to think. They prefer the appearance of goodness over goodness itself, forgoing sacrifices that would require they take radical responsibility in the name of self reliance.

As a result, mythological narratives become objects of faith and become rooted in identity, where integrity should be. Invariably, when push comes to shove, they shrug. It’s not their problem – until it is. And by then, they’ve passed the tipping point and it’s much too late.

All of this could be avoided were people willing to acknowledge that myths are not truth, that historical fact consistently undermines the veracity of their sacred cows and renders them nothing more than illusions. Let us consider the idea that the United States is the “land of the free and the home of the brave,” as they claim in “The Star Spangled Banner” (the same song that explicitly endorsed the killing of slaves).

Despite the rhetoric we know these words to be untrue, as proven time and again by the actions of the United States government. A pervasive prejudice exists, cowering in the shadows and consistently reasserting itself with abject violation of the Constitutional rights of this nation’s citizens. Consider Executive Order 9066, signed by President Franklin D. Roosevelt on February 19, 1942, issued in response to the attack on Pearl Harbor.

The U.S. government set up 10 concentration camps into which some 120,000 Japanese American citizens and legal residents were interred after being forcibly removed from their homes and places of business, where they were held against their will without being charged for a crime, given a fair trial, or convicted of breaking a single law.

The government declared the measure was to protect “against espionage and sabotage,” believing any person who was 1/16 Japanese or more, or any orphaned infant with “one drop of Japanese blood” was a threat to the security of the nation.

In 1988, President Ronald Reagan acknowledged the error of the government’s way, declaring that “race prejudice, war hysteria, and a failure of political leadership” played into the government’s assault on its own citizenry. Reagan signed into law the Civil Liberties act, which authorized reparations in the amount of $20,000 ($41.9K in 2018) to each camp survival. In total, the U.S. government disbursed $116 billion ($243 billion) to the remaining 82,219 survivors and their heirs.

In the wake of the current regime’s work with the Immigration and Customs Enforcement Agency, the issues raised in 1942 once again play out on the national stage. It is as though we have conveniently forgotten the horrors of the past and the price the country paid for its mistakes, and seek to recreate these injustices in our present age.

“I guess the only time most people think about injustice is when it happens to them,” poet Charles Bukowski said, understanding the American character to its core. And do it is we are required to remind people of the past, lest they slip into a pragmatic stupor.

The International Center of Photography presents Then They Came for Me: Incarceration of Japanese Americans during World War II, a group exhibition currently on view through May 6, 2018, looking at life inside concentration camps through the eyes of Dorothea Lange, Ansel Adams, Clem Albers, and incarcerated photographer Toyo Miyatake, among others.

The photographs are grim yet noble and heroic portraits of a people who have lost everything simply by virtue of their racial and ethnic heredity. We bare witness to the systematic removal of people from their homes, taken to barren camps in crated trucks and on trains, and forced to try to find some semblance of normalcy inside camps surrounded by barbed wire and watched by armed guards.

We see the dignity of the Japanese Americans as they endure injustice, doing their best to find peace within these circumstances. We realize, “There but the grace of God go I,” for the title of the exhibition comes from the work of Martin Niemöller (1892–1984), a Protestant pastor who spent seven years inside concentration camps for speaking out against Adolf Hitler:

First they came for the Socialists, and I did not speak out—
Because I was not a Socialist.

Then they came for the Jews, and I did not speak out—
Because I was not a Jew.

Then they came for me—and there was no one left to speak for me. 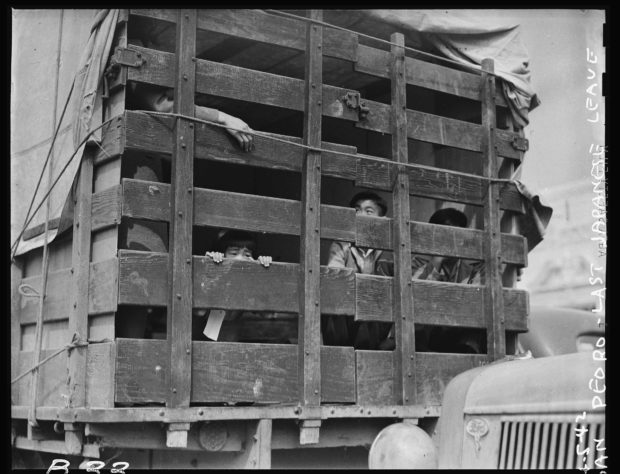 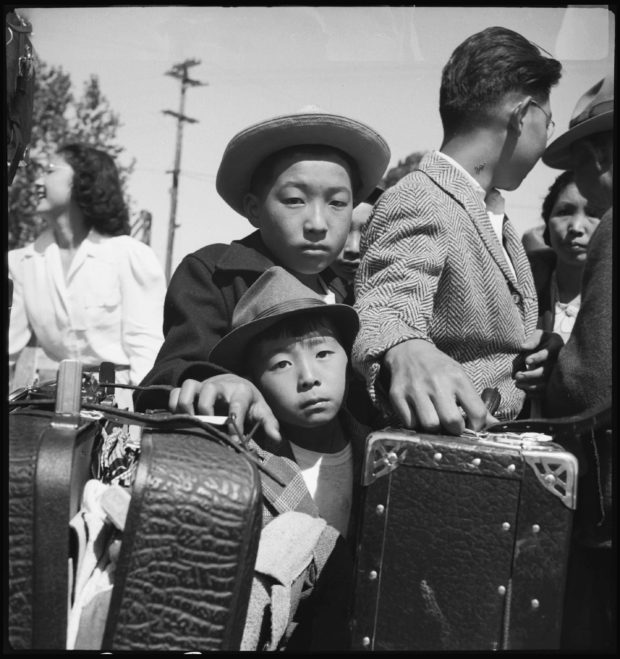 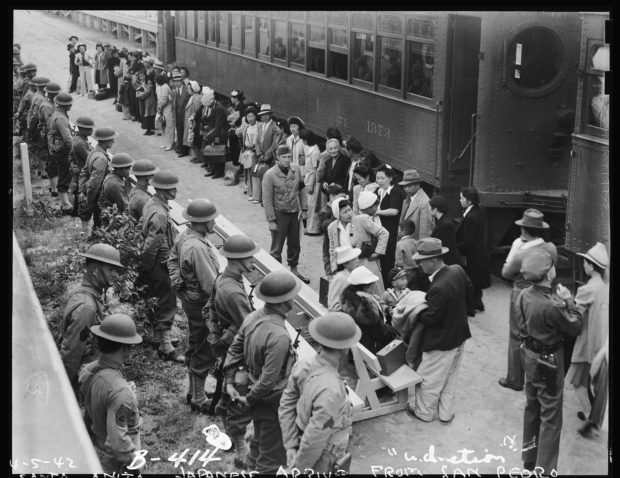 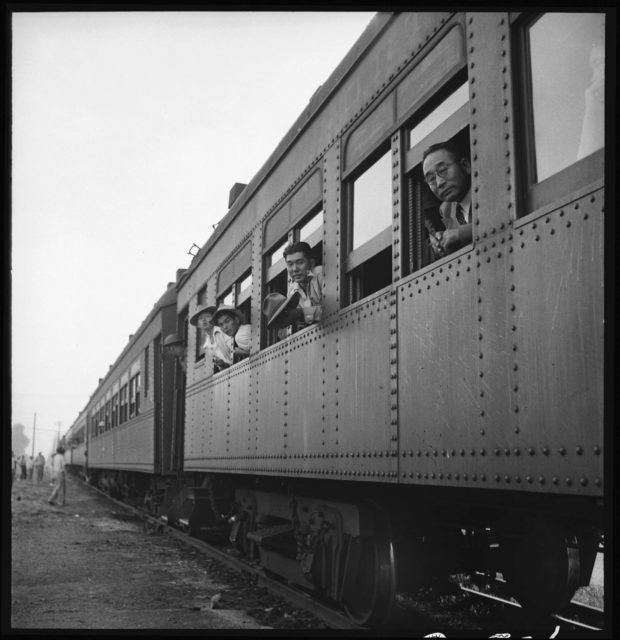 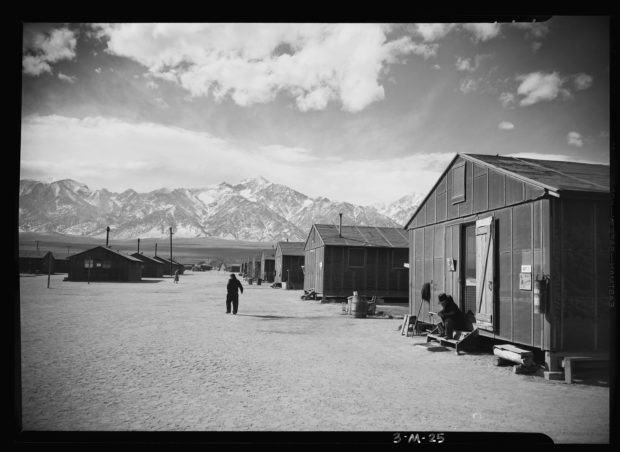 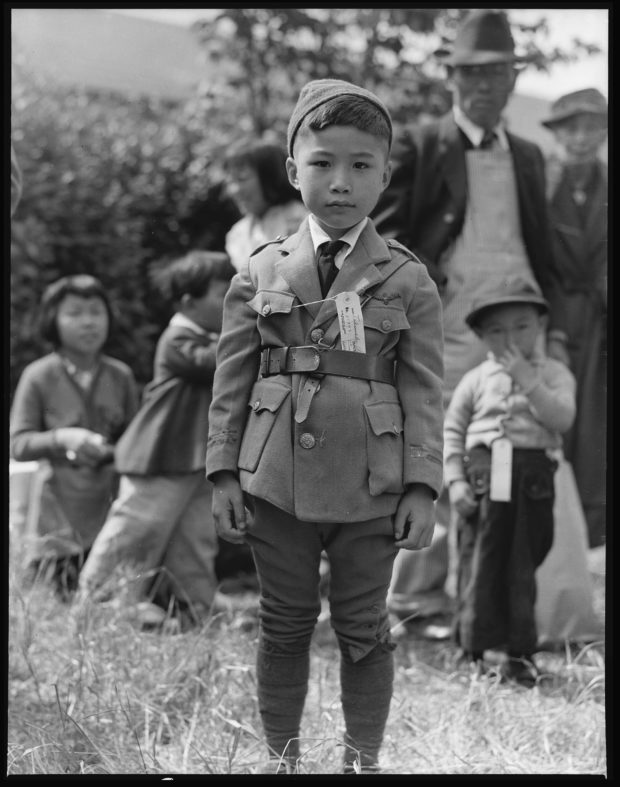 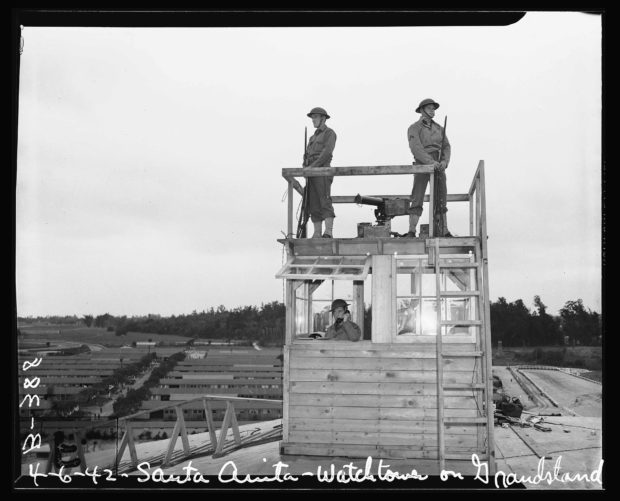 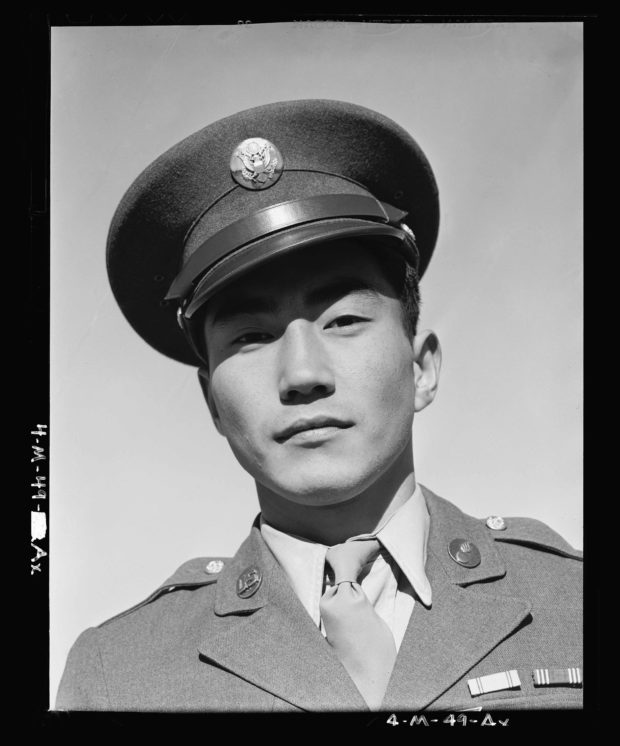 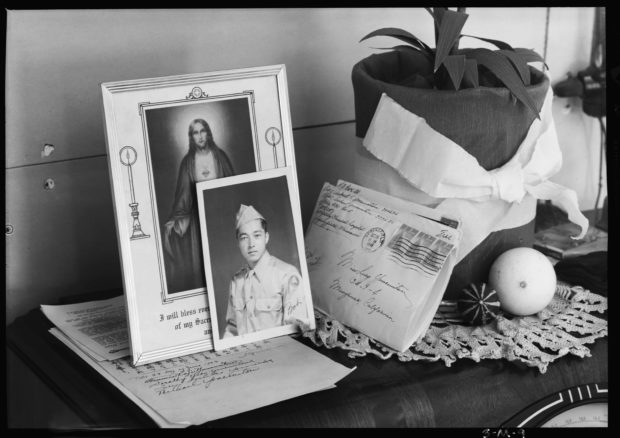 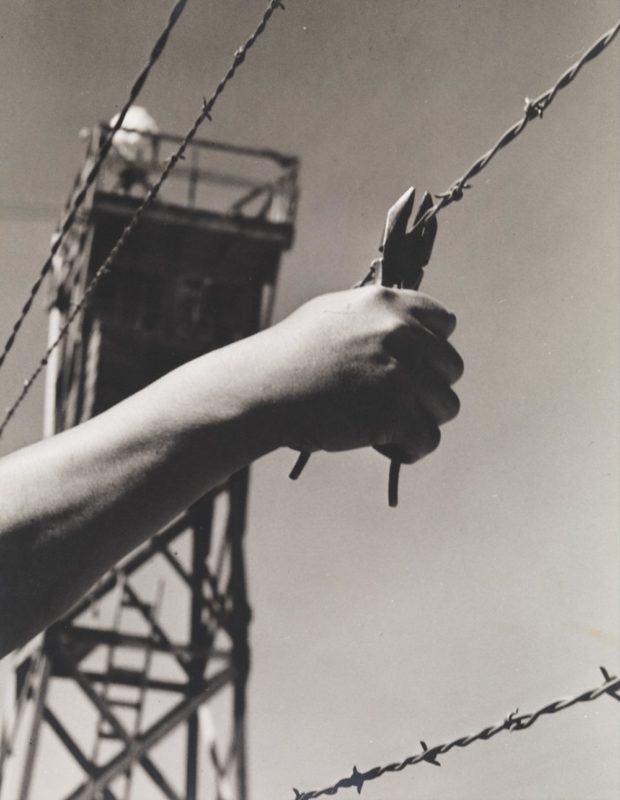