The Photo Exhibition Holding Things Together in “This Synthetic Moment” 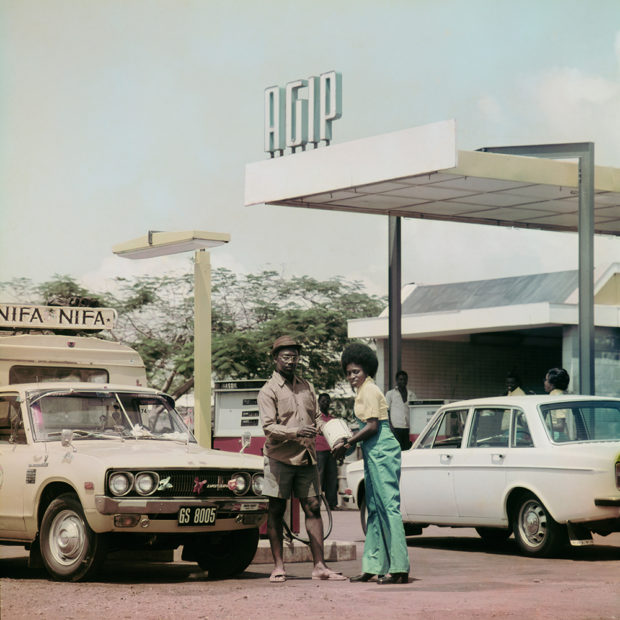 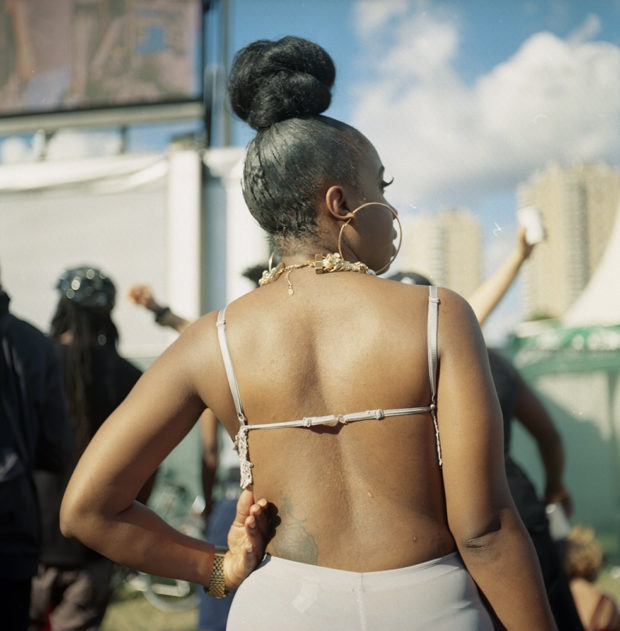 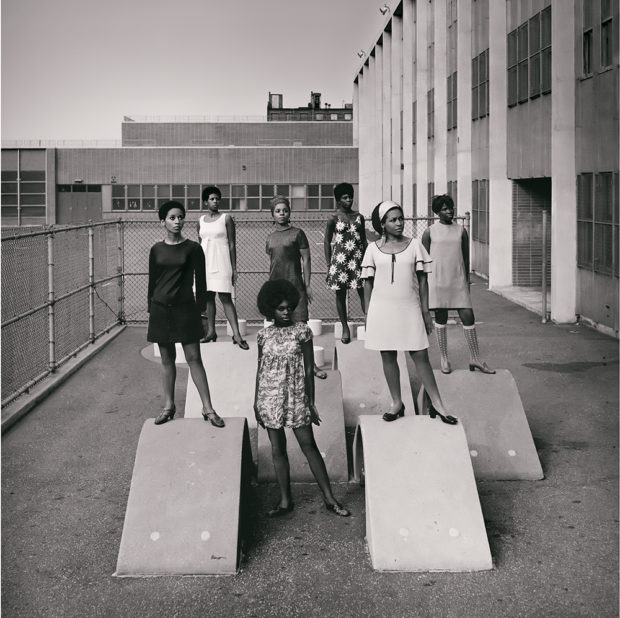 KWAME BRATHWAITE. Untitled (Photo shoot at a school for one of the many
modeling groups who had begun to embrace natural hairstyles in the 1960s) c. 1966.
Printed 2017, archival pigment print 15 x 15 in 38.1 x 38.1 cm.
Courtesy the artist and Cherry and Martin, Los Angeles

Though we may obsess about the past or the future, alternately consumed by all that is not, the primacy of the present forever asserts itself. We almost always believe that the times in which we live are the precipice to a cataclysmic fall, a tipping point to some greater tragedy, a moment when all can slip away and be lost. Ours is, as photographer David Hartt observed, “A crisis of borders, a fold in time, a rupture in space.”

With this in mind, Hartt sets out to curate a photography exhibition that speaks to our times. This Synthetic Moment at David Nolan, New York, brought together the works of Liz Johnson Artur, James Barnor, Kwame Brathwaite, David Hartt, Zoe Leonard, and Christopher Williams to explore, in Hartt’s words, “pictures of power and pride and grief and desire and confusion and community and celebration and abandonment.”

Each of the artists featured sharesd their own vision of the world, one that speaks to the others included in the exhibition in a dialogue that made us aware of the ways in which photography can shape the discourse without ever saying a word.

“I was having a hard time describing how I was feeling and then Thomas said ‘synthetic’ and it stuck in my mind. I wanted something porous, a polymeric structure where the voice, agency, geography, and temporality of others collude to produce a more compelling version of the world.  Brixton, Los Angeles, Accra, Yuzhno-Sakhalinsk, etc., spinning a new distributed off-axis center,” Hartt explained.

“I was having a hard time describing what I was seeing. So I’ll show you instead.  Pictures of power and pride and grief and desire and confusion and community and celebration and abandonment and of a wandering itinerant solitude.”

Consider the works of artist and activist Kwame Brathwaite (b. 1938, New York), who used photography and fashion to popularize the phrase “Black is Beautiful.” Working with his older brother, Elombe Brath, he brought the means of production into the hands of the community. Launching Grandassa Models, which featured Black models with natural hair and African-inspired clothes, the brothers embraced the aesthetics of Blackness and used them as a tool to empower, inspire, elevate, and liberate people across the diaspora.

At the same time, James Barnor’s (b. 1929, Ghana) was chronicling Black Britons during a time of transformation following the fall of the empire. As London turned into a multicultural metropolis during the 1960s, he set about to showcase the glory of the peoples who came from the colonies to set up shop in the UK. In 1970, he returned to a newly independent Ghana, where he set up color film processing facilities, which transformed the medium in Africa – which had a long and flourishing tradition of photography dating back to the mid-nineteenth century.

Moving forward in time, a new generation has come forth to embrace the wisdom of the past while moving the conversation forward. Zoe Leonard (b. 1961, New York), whose sold show Survey will be on view at the Whitney Museum of American Art through June 10, 2018, used seriality, subtle changes of perspective, and observation to draw us into an awareness of the meanings behind otherwise familiar images or objects. Her work, One Woman Looking at Another (1990) looked at looking, reminding us of the words of Edgar Degas: “Art is not what you see, but what you make others see.”

This sense of looking was present throughout the show, as evidenced in the work of Christopher Williams’s (b. 1956, Los Angeles), whose work explored the issues of representation and classification within photography and industrial culture. Here, he shared two images of Mustafa Kinte from 2008, created in homage to Marcel Broodthaers’s appearance in 1971 advertisement for Van Laack shirts, wherein the line between subject and object are both literal and symbolic.

On the subject of representation and the way in which it informs our understanding of human life, London-based Liz Johnson Artur (b. 1964, Bulgaria) cast her eye on documenting peoples of African diaspora for the past 3 years. She began creating this work in order to connect with people from all walks of life in communities around the globe. Her photographs looked at the similarities and specificities that individuals face, while refraining from identifying the details of the person or place.

Finally, David Hartt (b. 1967, Montréal) included a selection of work from his 2014 series “Interval” in which he traveled to Whitehorse in the Canadian Yukon and Sakhalin Island, a Russian territory at the tip of the Japanese archipelago. Here, in these secluded spaces, we saw Hartt’s interest in communities that exist inside marginal locales, and the way in which the environment shapes the community and vice versa.

“The exhibition brings together a disparate group of artists who use photography almost as a will to power, an assertion of their own positionality.  A compound description of the world as vast and contingent,” Hartt explained. “I want to hold all of these things together in this synthetic moment.” 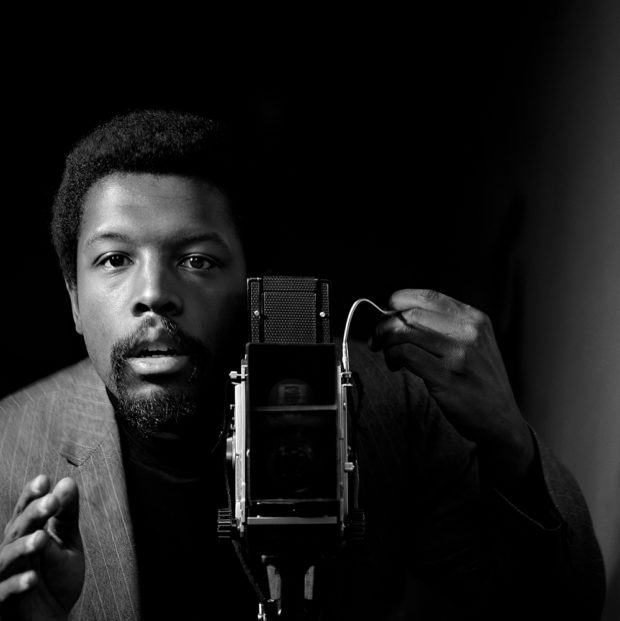 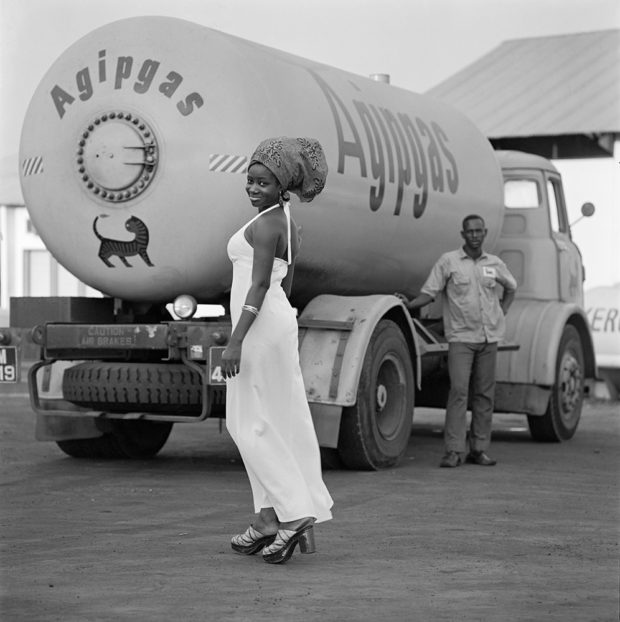 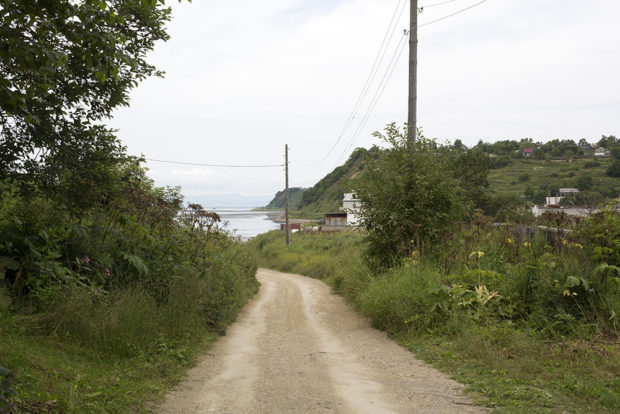 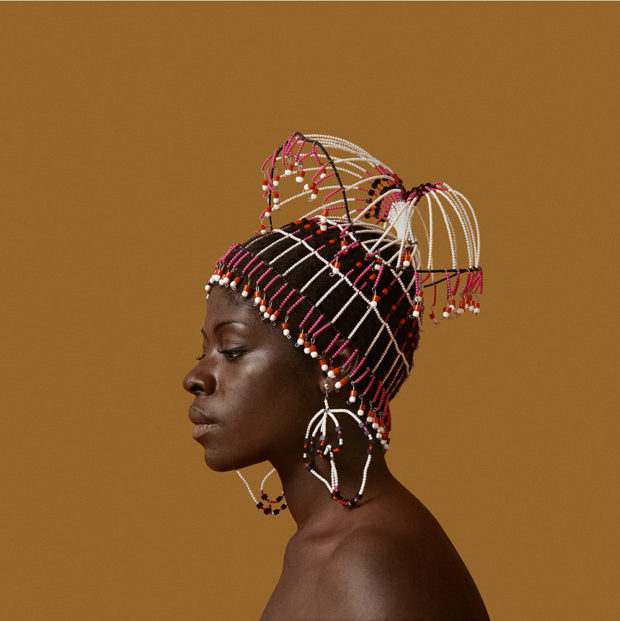 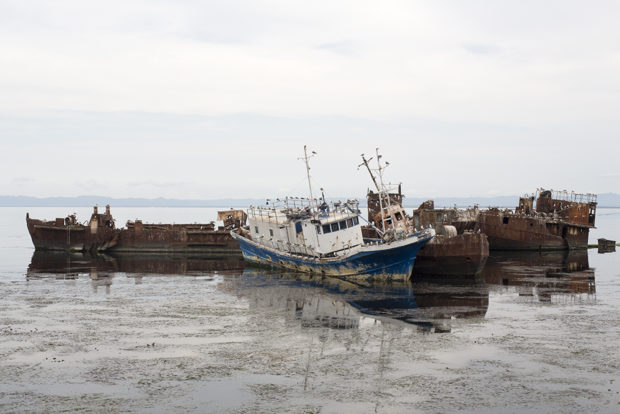 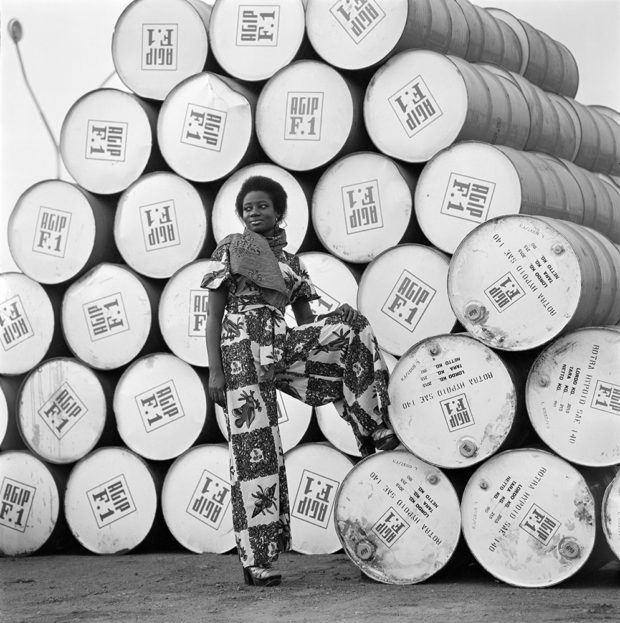 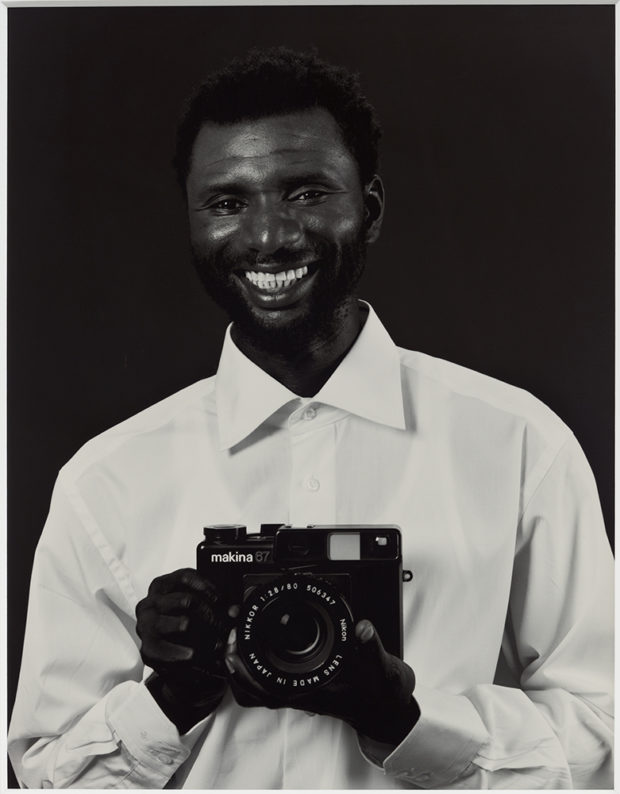